NEIL WARNOCK felt like Forrest Gump trying to pick his Middlesbrough team  – but it was Paddy McNair and Josh Coburn who left him feeling sweet.

He watched the Tom Hanks’ Hollywood hit this week as a distraction from his defensive injury crisis and said: “My team is like a box of chocolates. You never know what you’re going to get.”

Josh Coburn celebrates after grabbing the second for MiddlesbroughCredit: Rex 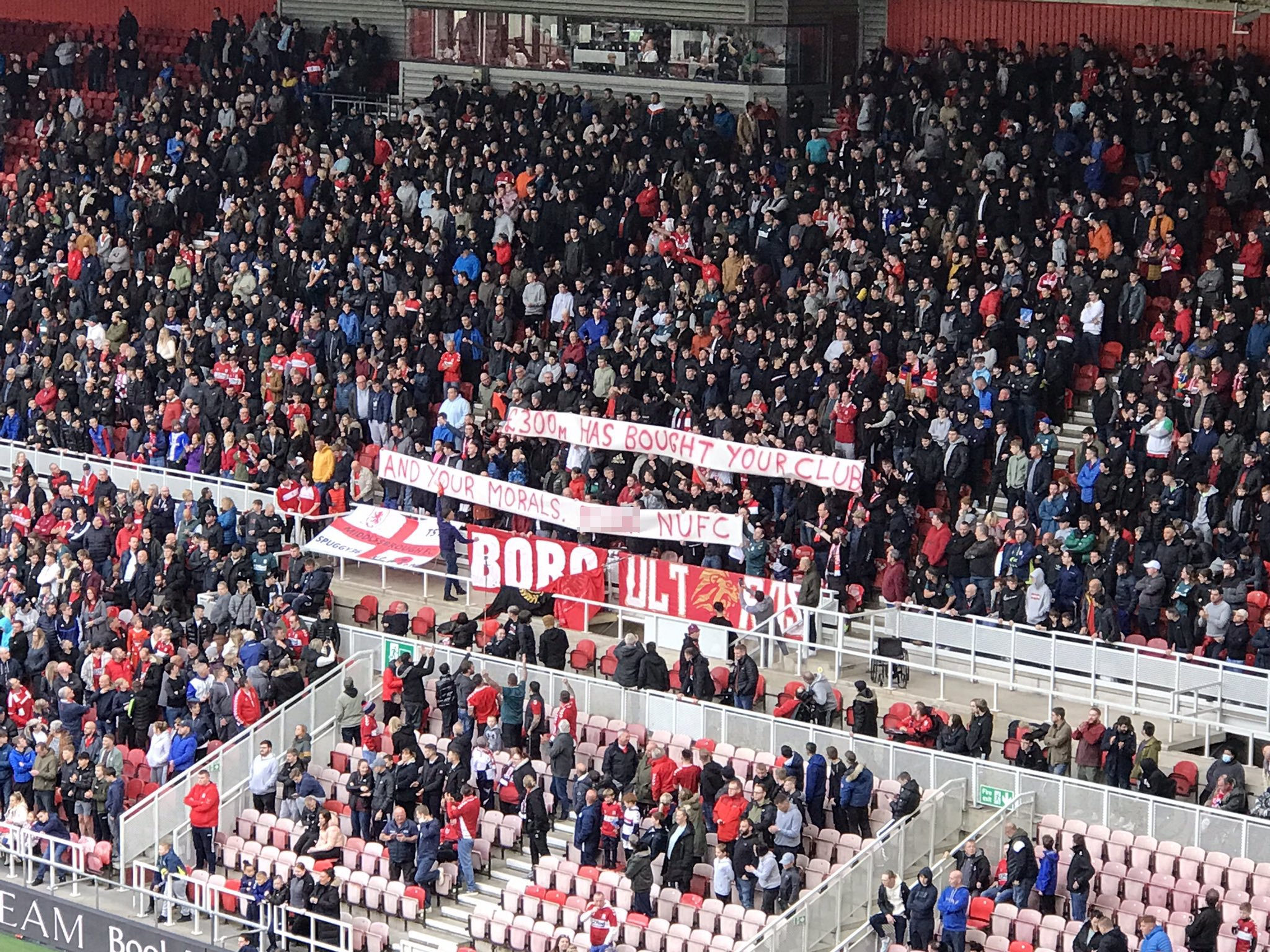 He looked set for more frustration and a third blank out of four before his makeshift defender and teen striker produced a late double-whammy to leave Peterborough pointless on their travels.

Warnock said: “Thursday night I didn’t have a clue what my team was and a few played out of position.

“I pulled Paddy and Jonny Howson on Friday and told them both that they were going to be my Beckenbauers.

“The squad is decimated but that’s life. The lads are giving everything and I don’t think they can do any more.”

The opening period was dire and the main entertainment came when Boro fans unfurled a banner taking aim at the Saudi takeover of rivals Newcastle that read: “£300m has bought your club and your morals. F**K NUFC.”

A lengthy delay while an injured assistant referee was replaced hardly helped and led to six minutes added on.

Most of the crowd had already gone downstairs to drown their sorrows – but they almost missed the opener.

Boro’s Onel Hernandez cut inside a slide challenge six yards out and drilled past David Cornell only for Joshua Knight to block on the line.

Things could only improve and Andraz Sporar, denied a penalty earlier after he appeared to be nudged over, should have done better after the restart when heading over Uche Ikpeazu’s cross.

Darren Ferguson, forced to watch from the stands due to a touchline ban, and his Posh side were furious themselves when denied a penalty after Siriki Dembele tumbled over the outstretched arms of ‘keeper Joe Lumley.

Boro began to turn the screw but had to wait until the 85th minute for Nathan Thompson to rip the shirt off McNair’s back on a corner for a breakthrough.

The ex-Manchester United ace kept his nerve to finish from the spot and things got even better in stoppage time when 18-year-old Coburn finished after a one-two with Martin Payero.

Ferguson said: “It was a penalty (Dembele). He has got it wrong, very wrong, on that one. It was a blatant penalty.

“I’m not making any excuses. At the moment it’s just not good enough.”