CHELSEA must conquer Fortress Riverside in the FA Cup after Middlesbrough made it nine straight home wins.

A Paddy McNair penalty and late Duncan Watmore strike moved Chris Wilder’s men above Luton and into the top six. 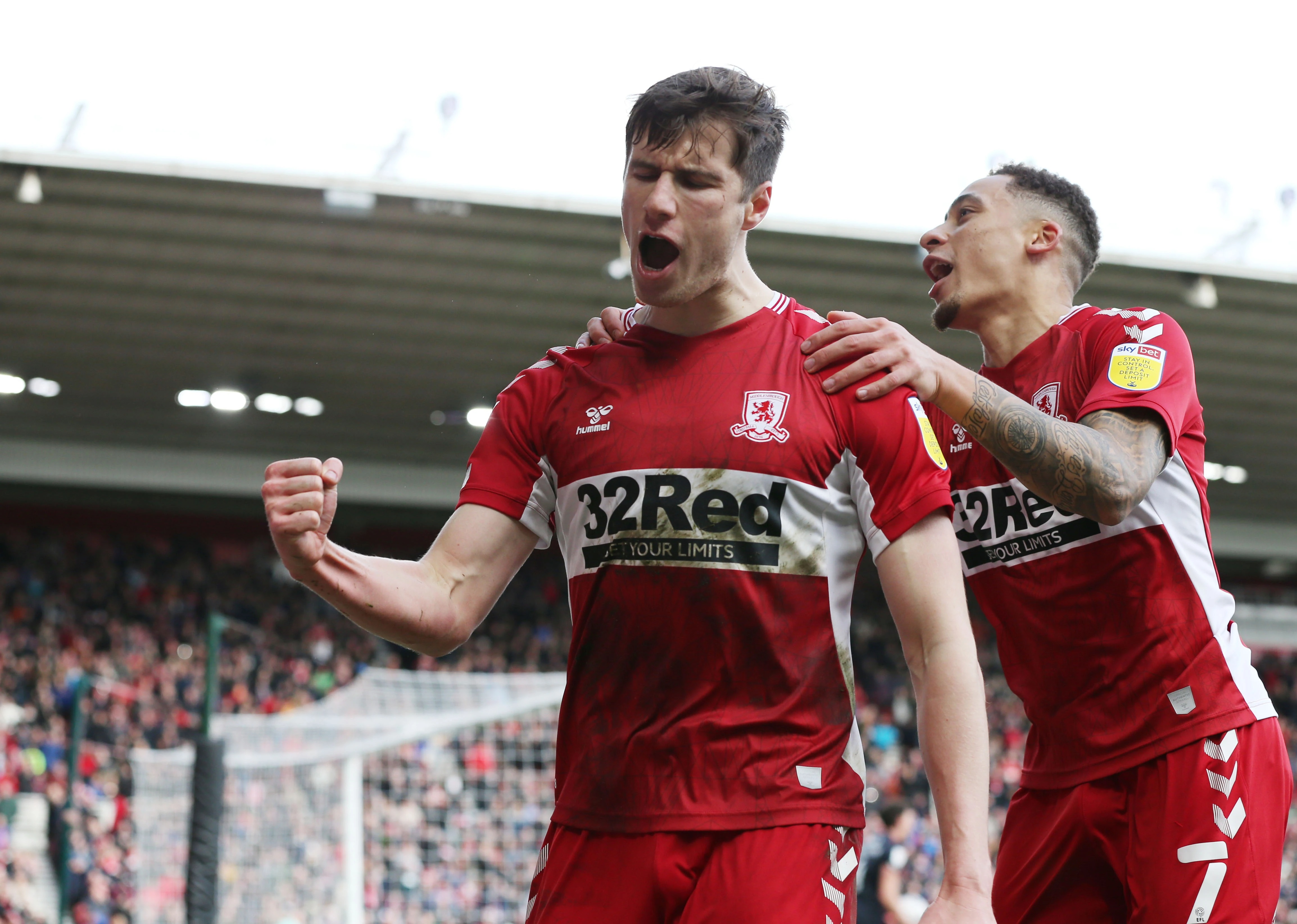 Paddy McNair fired Boro ahead from the penalty spotCredit: Rex

With three away games to come before the Blues hit Teesside, Boro will be hoping to make it the perfect ten once they return in a fortnight on the back of their best home run since the 1997/98 campaign.

But Wilder might have enjoyed this one the most: “It was an arm wrestle, turgid, and all about getting the first goal.

“But with my characteristics and personality, I enjoyed that more in a way than some wins at home because it was a real ‘show me what you’ve got’ to see the game out and we did that.

“We have three tough away games now. The key is to transfer those results into away games.”

The game failed to spark into life in the blustery conditions until the hosts were awarded a penalty.

Folarin Balogun’s touch took him away from Reece Burke as the Luton man bundled him to the floor, resulting in McNair sending debutant goalie Alex Palmer, who joined on emergency loan from West Brom, the wrong way from the spot.

Boro wanted another penalty as Balogun went tumbling again with Tom Lockyer in close proximity, but this time the referee was having none of it.

Allan Campbell powered forward at the other end to feed the ball through to Cameron Jerome, only for Joe Lumley to save the veteran’s prodded effort.

Nathan Jones’ men had a great chance to level after the restart as Jerome’s flick found Elijah Adebayo clean through.

But Lumley saved his side twice in a matter of seconds, firstly denying the forward with his legs and then from Jerome’s header off the resulting corner.

The scrappy contest threatened to boil over after an innocuous foul in front of the dug-outs, leading to Boro coach Leo Percovich getting carded after a touchline melee.

Aaron Connolly tested Palmer with an overhead kick and then a near post flick but it was Watmore who put Luton out of their misery.

The sub cut inside Burke down the left and drilled low inside Palmer’s near post.

Harry Cornick pulled one back with seconds to go but it was too little, too late.

“I’m massively frustrated with how the game panned out. We had the best chances.”