MAURIZIO SARRI held a live EAGLE aloft as his Lazio side soared to a 3-2 derby-day victory against bitter rivals Roma.

The Italian came out on top in the battle of the former Chelsea managers with Jose Mourinho suffering defeat in his Derby della Capitale debut. 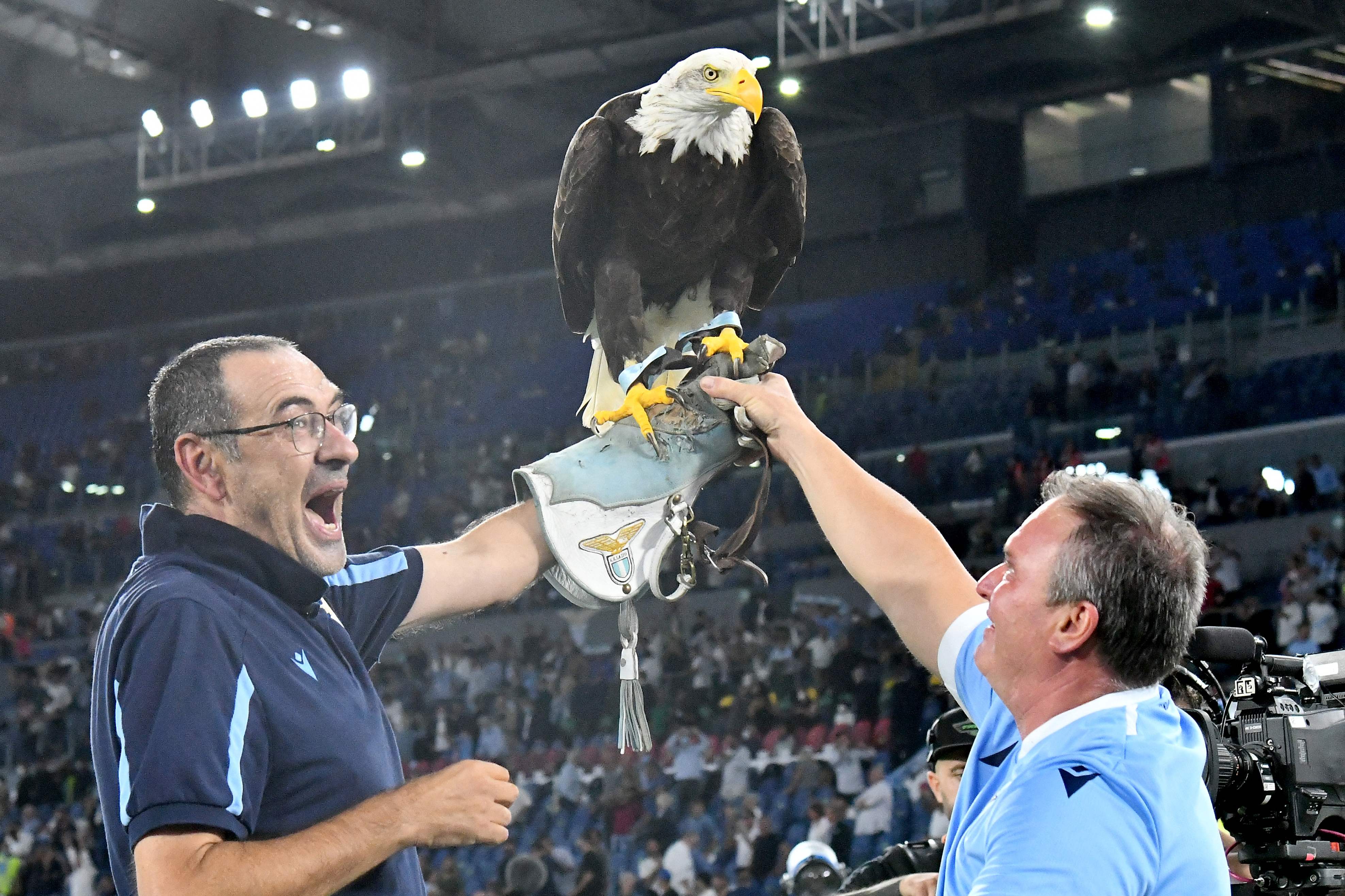 He could not hide his excitement as he hoisted the bird up to the adoring Lazio fansCredit: AFP

That was despite Roger Ibanez and Jordan Veretout twice reducing the deficit and threatening a comeback.

And ecstatic Sarri, who also joined Lazio this summer, celebrated the crunch victory by saluting the Curva Nord crowd with the massive bald eagle Olympia – Lazio’s club mascot – perched on his hand.

Meanwhile, Mourinho made sure his Roma players knew the performance they put in would not fly… holding a team talk on the pitch.

Sarri, who took over as Lazio boss in June, said: “Olympia sleeps close to my room at the Formello training ground, so I hear her sometimes.

“I will admit, it was emotionally one of the most exhilarating matches of my career.

“I didn’t expect the derby to give you this adrenaline rush and satisfaction at winning.

“This is real football, it’s not a PlayStation game.

“Tonight I saw seven or eight situations that I really liked, but we cannot clone one team and make it work elsewhere.”

Lazio came into the iconic derby feeling the pressure with a four-match winless run including two draws and two defeats in all competitions.

But with just ten minutes on the clock, Milinkovic-Savic headed in the opener.

And it was 2-0 nine minutes later when Pedro struck.

That goal ensured he became just the third player to score for both teams in this bitter rivalry – netting for Roma in May.

Nicolo Zaniolo struck the post before Ibanez pulled one back for Mourinho’s side, but Anderson restored a two-goal advantage for Lazio in the second half by finishing off a clinical counter-attack.

Veretout converted a controversial penalty to give Roma hope.

But veteran goalkeeper Pepe Reina produced two excellent saves to deny the Giallorossi an equaliser as Lazio climbed to sixth place on 11 points, one point behind fourth-placed Roma.

Lazio’s goalscoring midfielder Milinkovic-Savic told DAZN: “We finally had a good game. We played a lot better than in the previous matches.

“We needed a derby win to go ahead and have extra motivation in our next matches.” 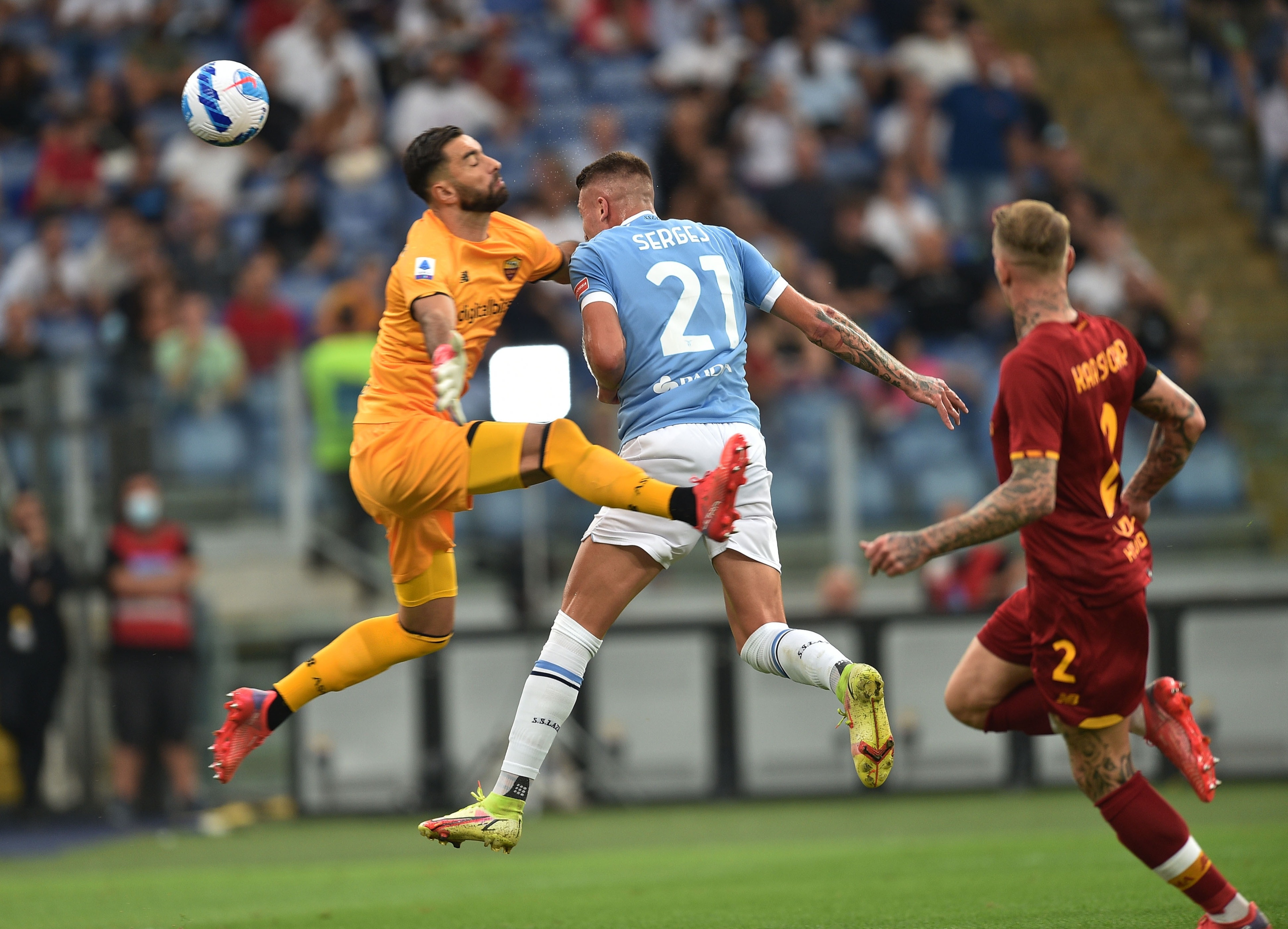 Sergej Milinkovic-Savic grabbed the opener as he headed homeCredit: Getty 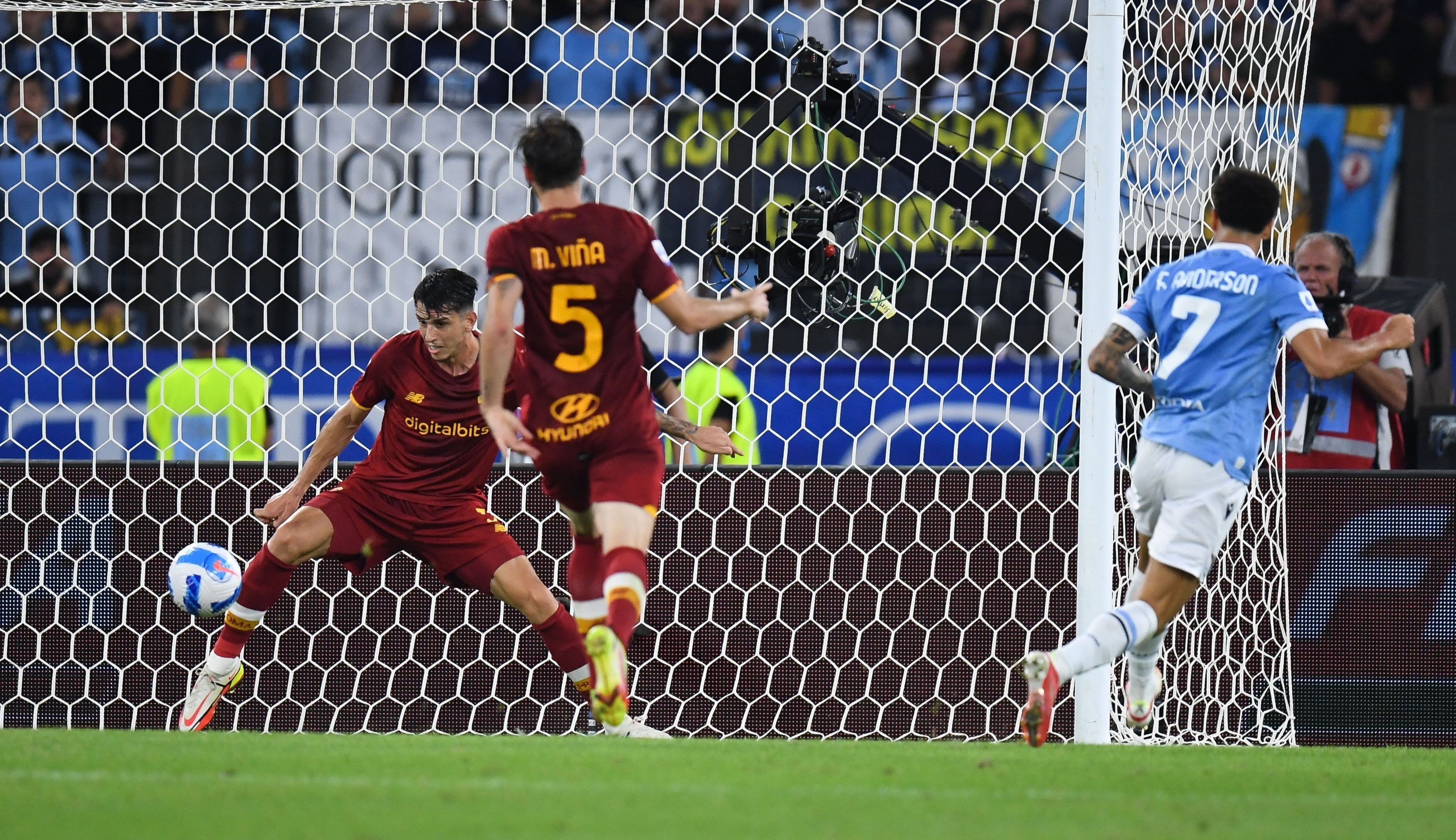 Felipe Anderson tucked in Lazio’s third which proved to be the winnerCredit: Getty 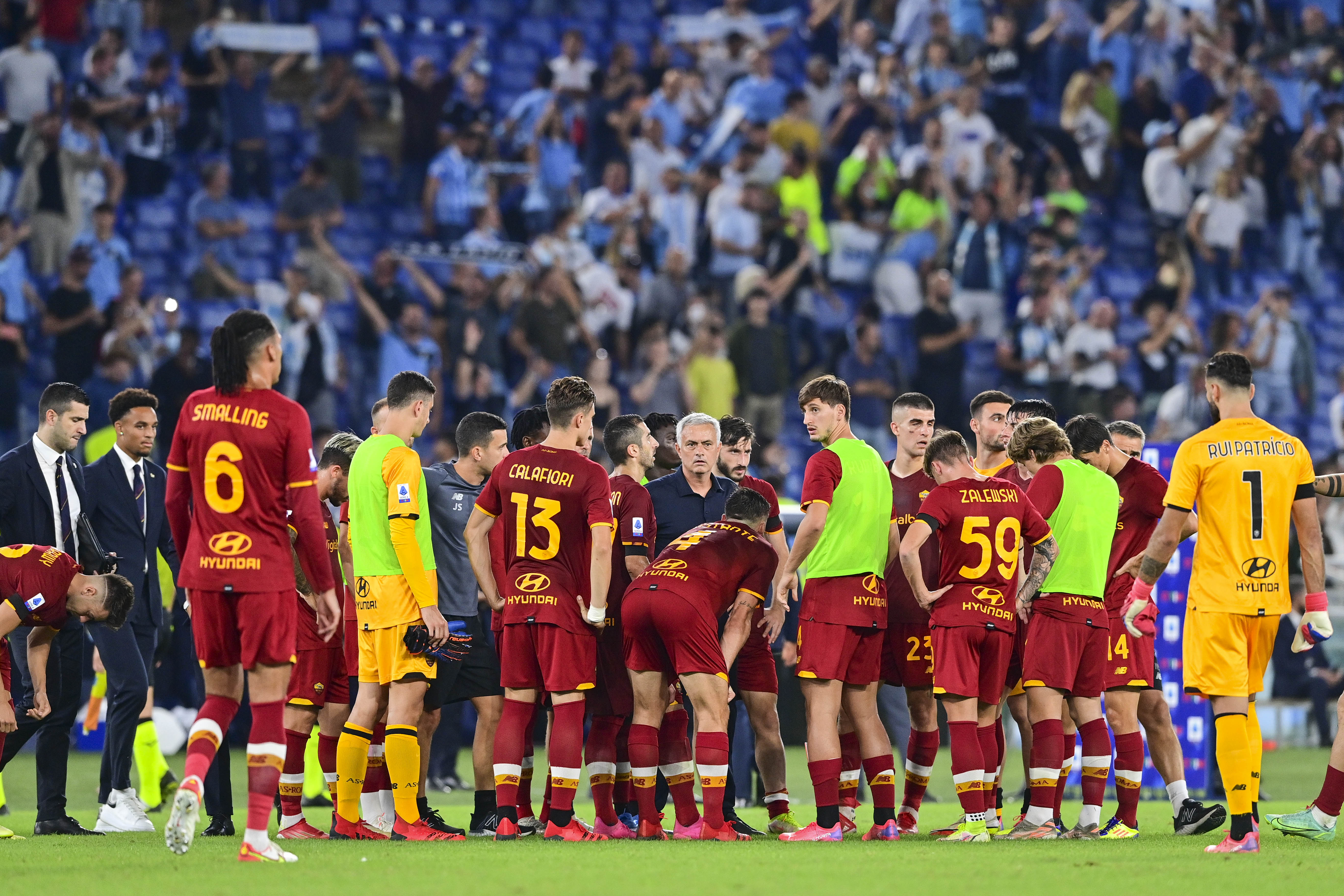 Mourinho held a team briefing on the pitch after the full-time whistleCredit: Getty 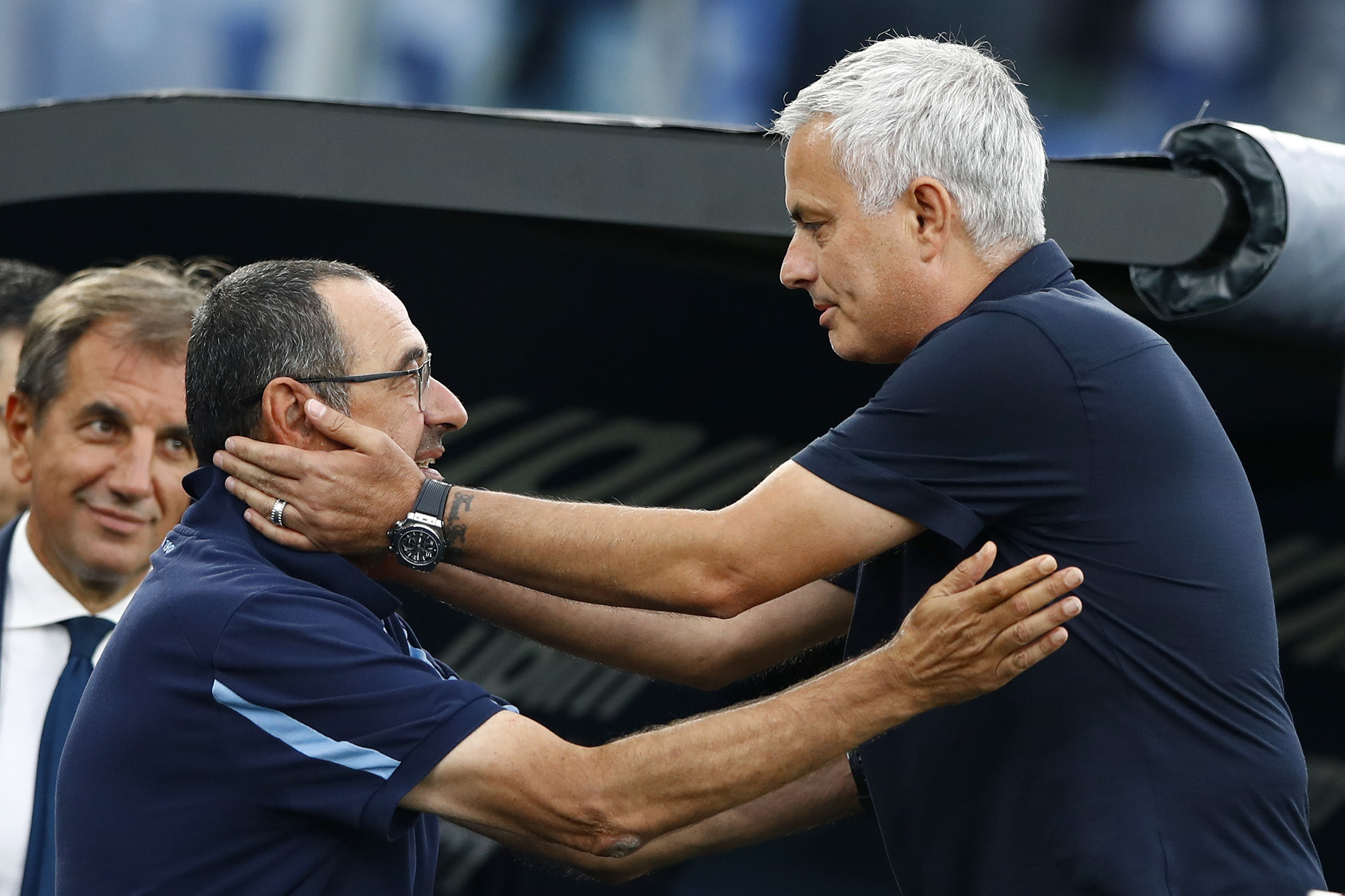 This was a battle between two former Chelsea managers in the intense rivalryCredit: Getty