MASON GREENWOOD will face a court bail hearing next week as an investigation continues following his arrest.

The Manchester United star will have his bail application heard in closed court next week after he was arrested on suspicion of raping and assaulting a woman.

An investigation is ongoing after footie star Mason Greenwood was arrested in January, he has since been out on bail.Credit: Getty

An investigation into the allegations remains ongoing and Greater Manchester Police have applied to the courts to extend his bail.

The hearing will take place next Thursday June 23 at Manchester and Salford Magistrates’ Court.

But the press and public won’t be allowed to attend – and Greenwood, 20, is not expected to be there.

Greenwood was arrested in January after police received a report about images and videos posted online from a woman reporting incidents of physical violence. 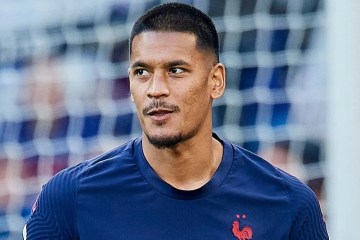 The young star spent three nights in police custody before he was bailed.

In April, cops said they were continuing to investigate the allegations and would seek to have Greenwood’s bail extended but a court hearing wouldn’t take place until mid-June.

A Manchester and Salford Magistrates’ Court court official confirmed today that the hearing will take place next Thursday.

She added that it wouldn’t be held in open court and Greenwood won’t be required to attend.

United have confirmed the player wouldn’t be available for selection or allowed to train with his team-mates until further notice.

A club statement read: “We are aware of images and allegations circulating on social media.

“We will not make any further comment until the facts have been established.

“Manchester United does not condone violence of any kind.”

Nike later terminated its endorsement agreement with Greenwood after saying it was “deeply concerned by the disturbing allegations”.

His last appearance for the club came in a 1-0 win against West Ham on 22 January.

Greenwood scored six goals in all club competitions before his arrest.

He made his only appearance for England in his debut against Iceland in September 2020 but was then sent home for breaching Covid guidelines along with fellow star Phil Foden.