THIS was Martin Odegaard’s first start in more than two months so perhaps it was not fair to expect too much.

The Norwegian playmaker was given his full Arsenal debut in the 4-2 win against Leeds, playing in the No10 with Emile Smith Rowe shunted out to the left. 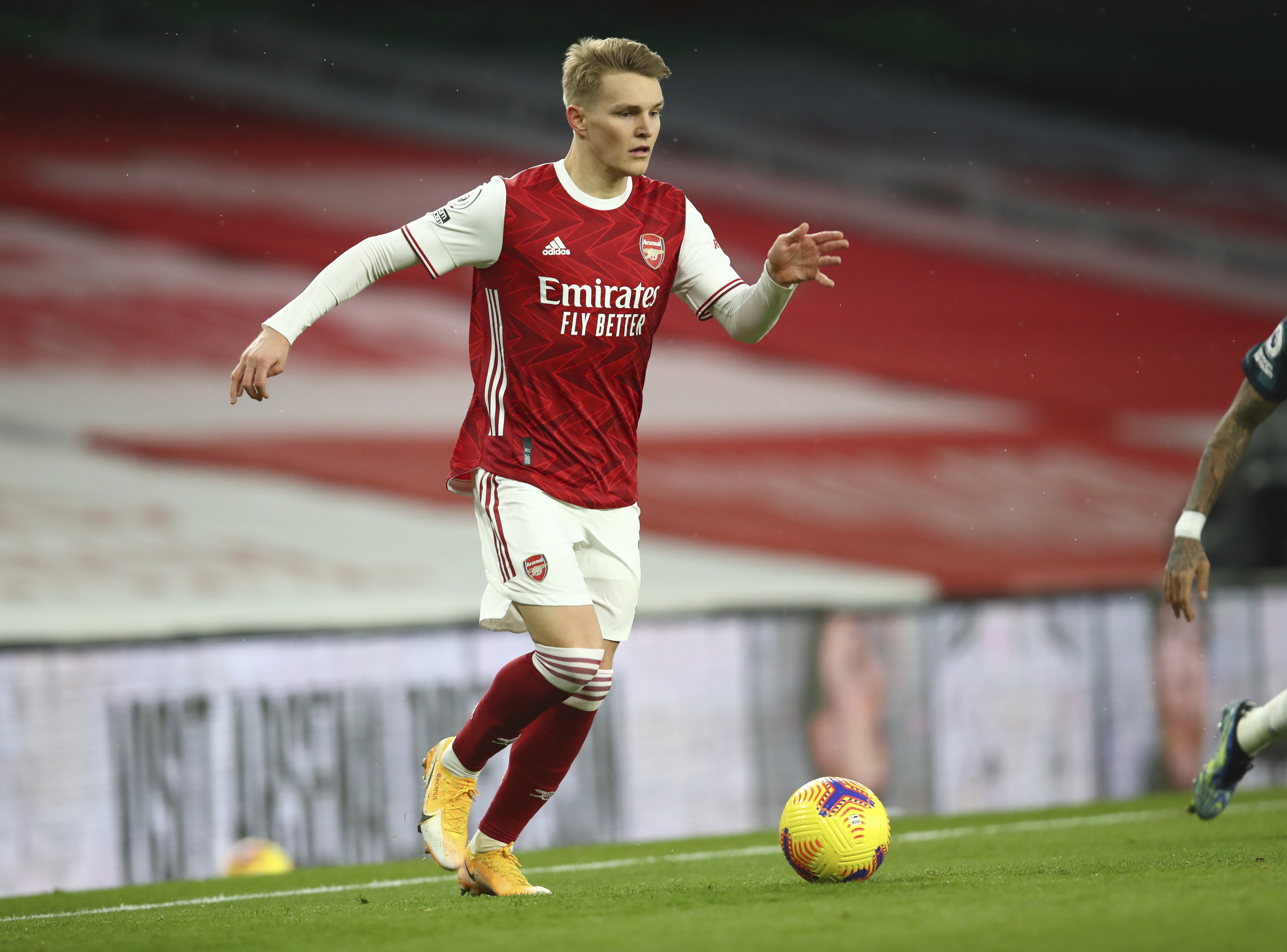 Martin Odegaard had a solid game in his first start for ArsenalCredit: AP:Associated Press

Gunners fans will have been eagerly awaiting what new loan star Odegaard, once regarded as the most exciting young talent in Europe, could bring to the party.

Especially with Mikel Arteta’s side crying out for some more creativity.

But with Odegaard short of match fitness, this was little more than a solid, safe performance from the 22-year-old.

He kept things simple, dropping deep to pick up possession before recycling it quickly, usually backwards or sideways.

While a neat double drag-back to win a free-kick in the first half showed his undoubted technical ability.

The nearest he came to a goal was a low blast denied by calamity keeper Illan Meslier on the hour – but an offside flag would have chalked it off anyway had he found the net.

That was about it though, which is really no surprise given his last start came in Real’s 2-0 defeat at Shakhtar Donetsk in the Champions League on December 1.

Of course, with his team-mates on song, it did not really matter that Odegaard’s full debut was quiet.

There were hints that Odegaard could be a neat addition to that whizkid duo behind skipper Aubameyang with his sure touch, movement and ability to keep the ball.

He will only improve the more minutes he gets.

And with so many willing runners in Arteta’s side, his sharp football brain should soon be unlocking doors for Arsenal.

Yet the decision to bring in Odegaard does remain questionable given there is no option to buy him in the summer.

Indeed, it seems Real are keen to have him back, so Arsenal are effectively just developing a player for the benefit of another club.

Given the strides Smith Rowe has been making, some may feel the club would have been wiser to focus on the development of those they know will be with them next term.