FURIOUS Jan Bednarek claimed Anthony Martial admitted there was “not a foul” as video replays handed Manchester United a penalty and Southampton their second red card of a 9-0 mauling. 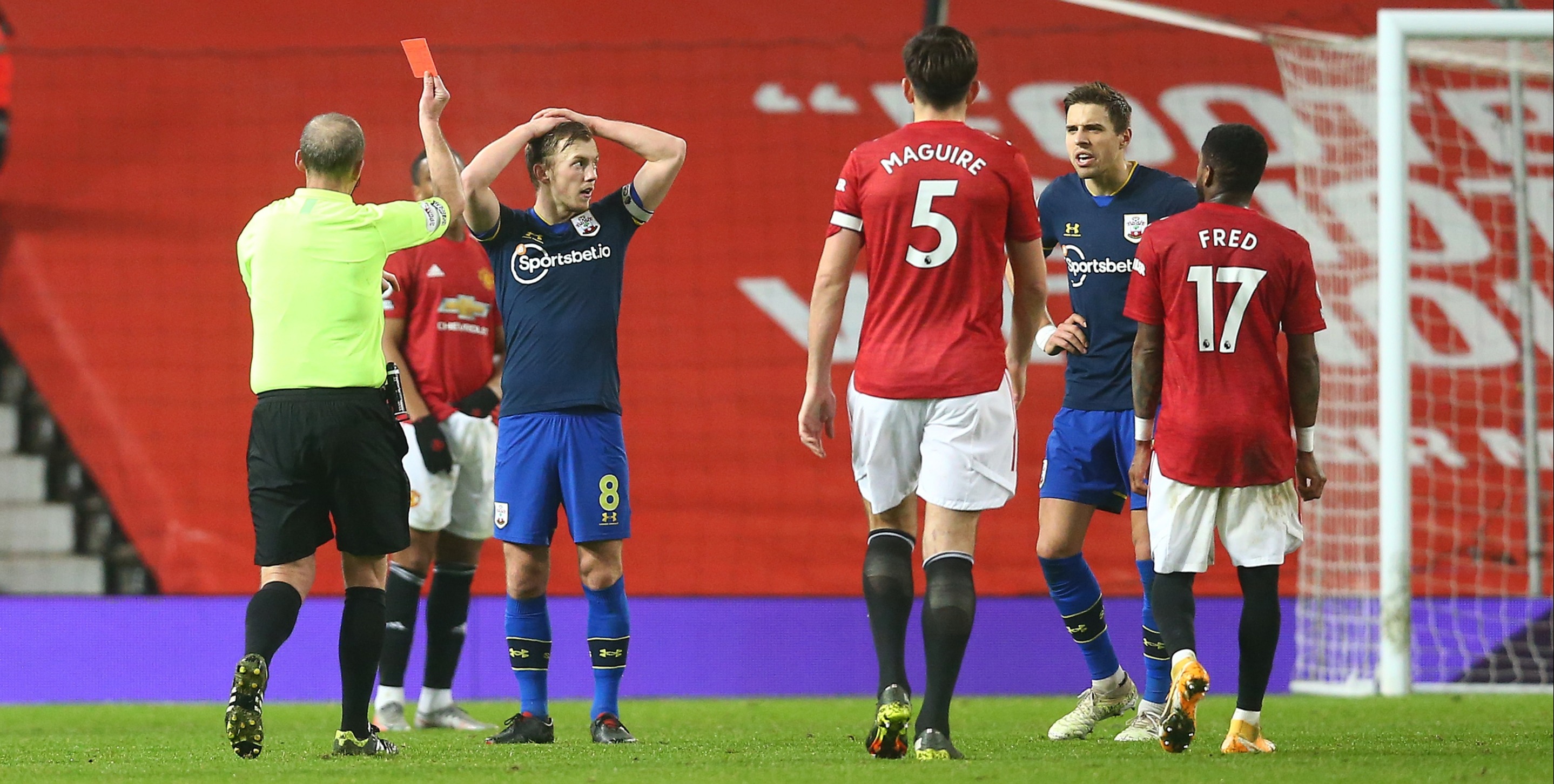 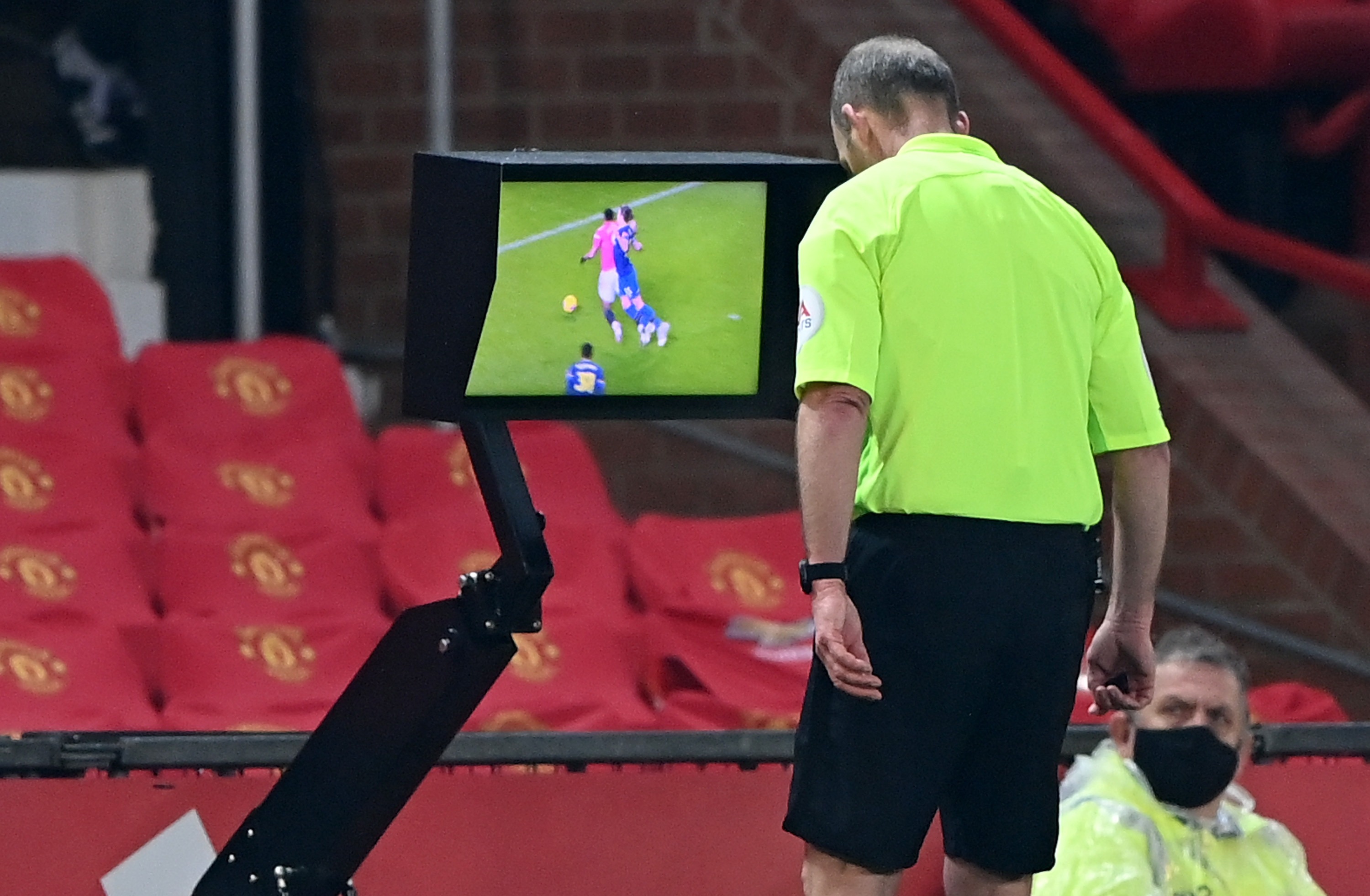 Referee Mike Dean studied video replays before awarding a spot-kick for a trip on two-goal sub Anthony Martial from which Bruno Fernandes made it 7-0 in the 87th minute.

Sent-off Bednarek remonstrated bitterly as he was led away down the Old Trafford tunnel.

Turning and raising his arms, the Saints defender exclaimed: “Martial said it’s not a foul!”

Michael Owen tweeted: “That absolutely sums things up. The best thing is it hardly matters. But if that’s a pen then the game has officially gone.

“Biggest example of a dive I’ve seen in ages. Shambles.”

And Peter Crouch posted: “Is he not trying to get out of the way?”

But noting United‘s record-breaking win, and the fact the penalty sparked three late goals, Crouch joked of Southampton “They could have got back into it without that.” 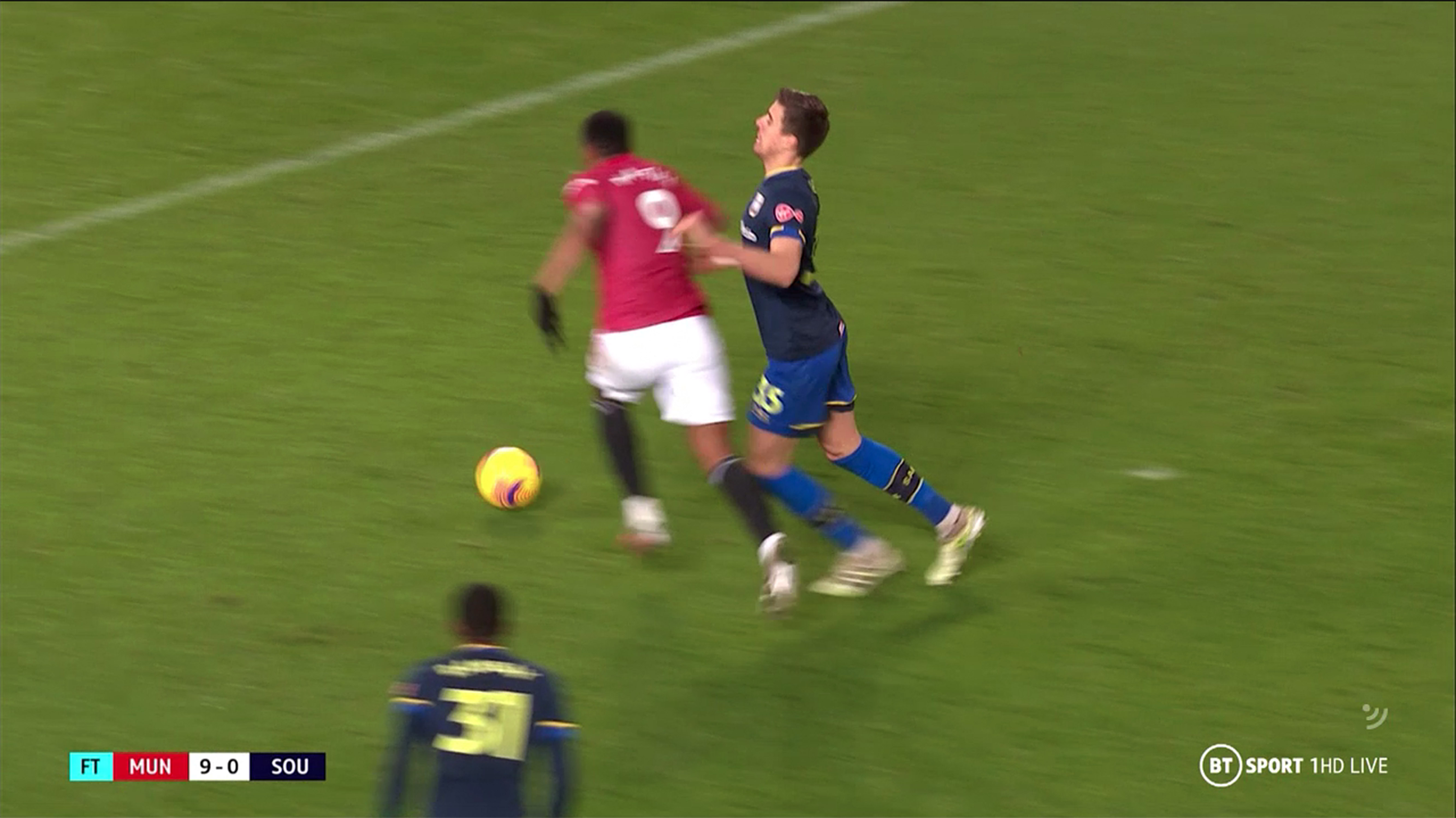 Saints’ centre-back Jan Bednarek feels he was hard done by to see red and claims Man Utd star Anthony Martial admitted as much to himCredit: Enterprise News and Pictures

He said: “We have been waiting for them to show the magic but that was a night they could go and enjoy.

“We haven’t had too many of those, where I can just sit down in the second half and enjoy the football.”

Like Bednarek, Luiz conceded a penalty at the same time as his dismissal, despite replays suggesting he barely touched Willian Jose in an accidental coming together.

Arsenal keeper Bernd Leno then saw red for handling outside his area. 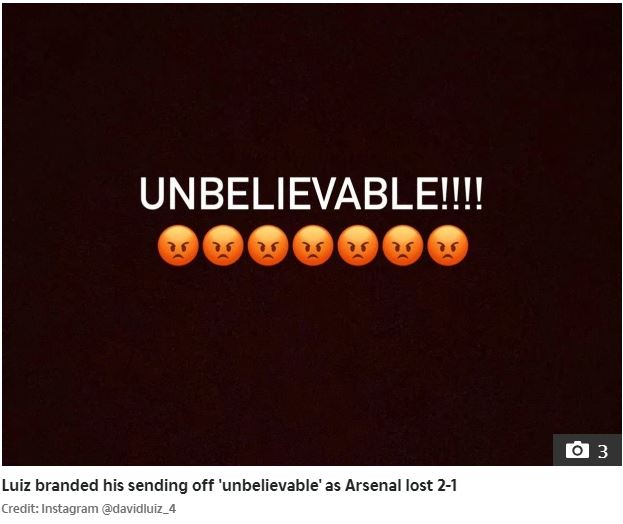