GARETH SOUTHGATE might be keeping his World Cup plans a secret but Luke Shaw can be pretty sure that he will be on the plane to Qatar.

England boss Southgate is refusing to reveal the identity of the 55 players he has chosen as the basis for his travelling party before whittling it down to 26 names next month. 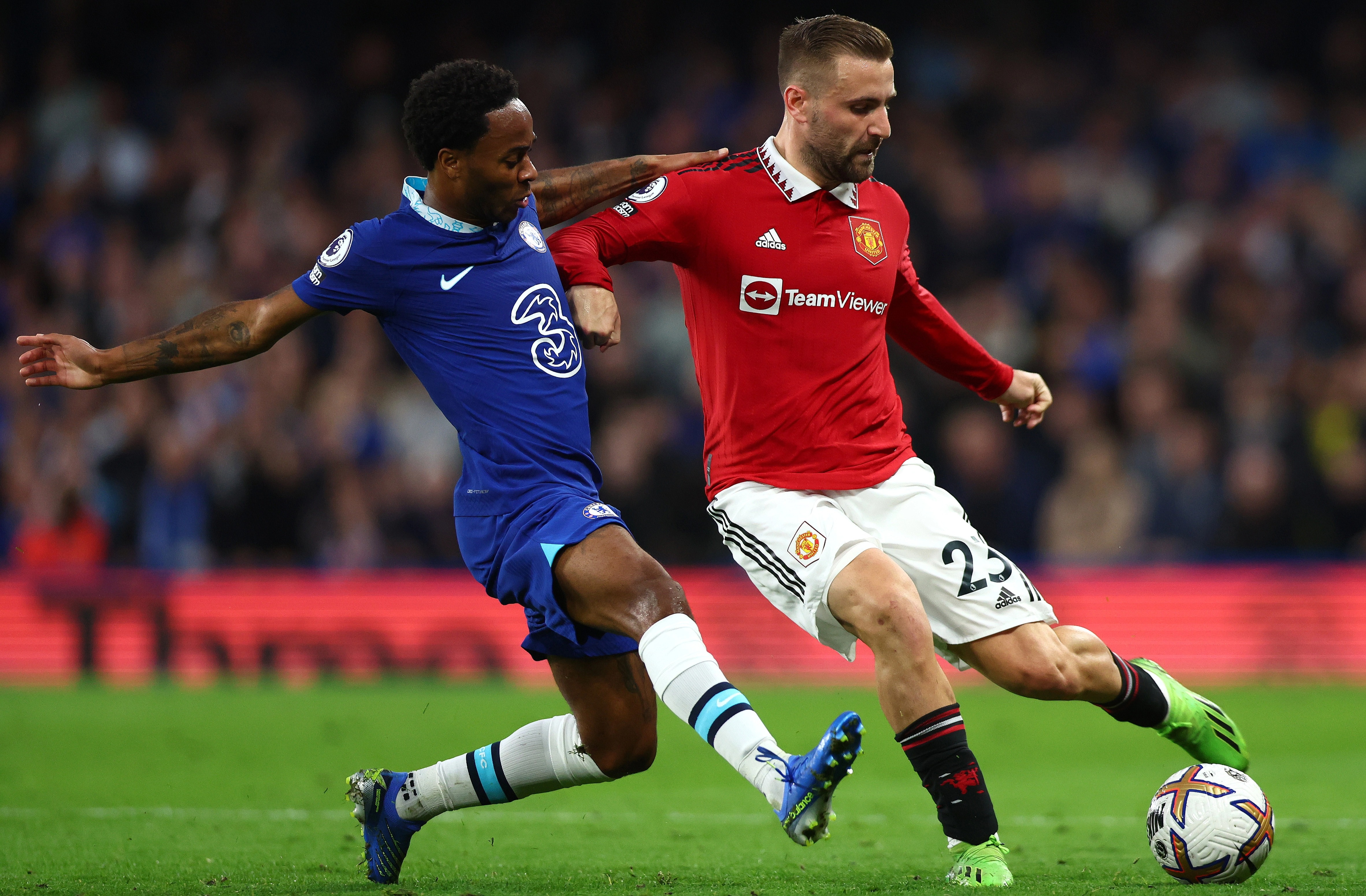 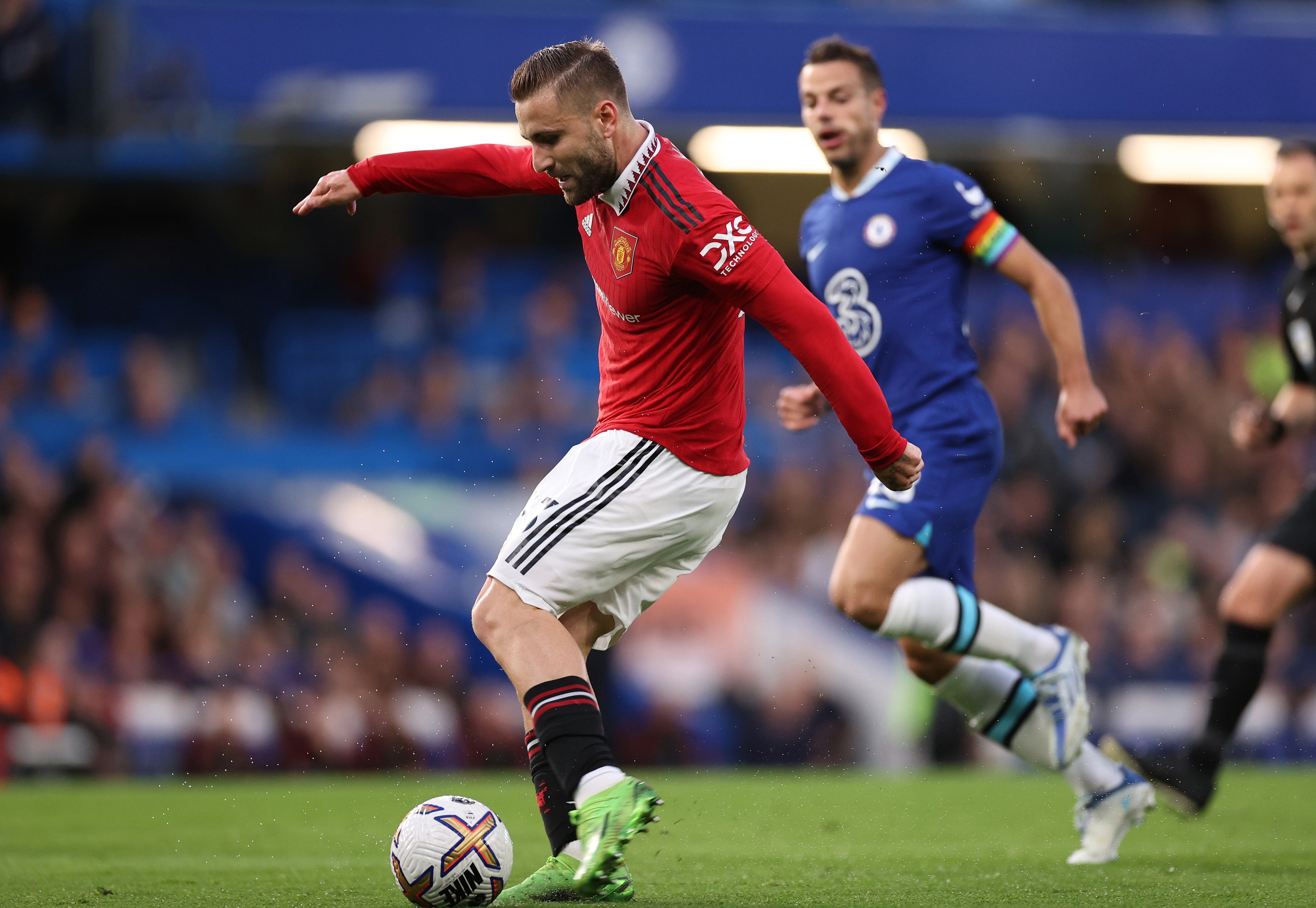 The England left-back was defensively solid and assisted the equaliserCredit: Getty

But Manchester United defender Shaw will know deep down inside that he can start packing his suitcase after recapturing his form at just the right time.

And that wasn’t something he could have said with any certainty not so very long ago after finding himself out in the Old Trafford cold.

Dropped after United’s disastrous start to the season following back to back defeats by Brighton and Brentford, Shaw suddenly found himself playing second fiddle to summer signing Tyrell Malacia.

But although results gradually improved for new boss Erik ten Hag, his team still weren’t exactly rock solid at the back.

And with Malacia getting the mother of all run-arounds during the humiliating 6-3 defeat at Manchester City, Ten Hag had little option but to recall Shaw to his starting line-up.

And Shaw, to his credit, has barely put a foot wrong since as United have developed a new-found resilience in recent weeks.

Up against Three Lions rival Ben Chilwell, Shaw put in another impressive shift to keep his team in touch with their top four adversaries.

And just when it looked as the brainless penalty conceded by sub Scott McTominay was going to derail the United revival, it was Shaw who came up with the priceless stoppage-time assist for Casemiro’s dramatic last-gasp equaliser.

For while Chilwell started the match as a wing-back and had greater licence to get forward than orthoxox left-back Shaw, it was the United man who provided the greater attacking threat early on.

There were only nine minutes on the clock when he surged into space to try his luck from distance with a low shot which flew just the wrong side of the far post.

Minutes later he helped to tee up Antony for the game’s first shot on target.

And twice his clever forward passes deserved better than to pick out Jadon Sancho and then Marcus Rashford – both of whom were too slow to get back from offside positions.

It is clear that Shaw, now in his ninth season at United, has taken Ten Hag’s words to heart and accepted that his days of coasting along are over.

Unlike Cristiano Ronaldo, he did not kick up a fuss when he was relegated to the bench and acknowledged that he needed to up his game.

Now he is reaping the benefits of his hard work as he proves he can be a match for anyone when he is properly at it.

Up against England team-mates Mason Mount and Raheem Sterling, Shaw was always alert to the danger.

When Sterling got a rare sniff of goal 10 minutes after the break, it was Shaw who stepped in with a crucial clearing header.

Every time he got the ball, he always looked to find a team-mate rather than just launching it as far from his goal as many defenders are prone to do.

And at a time when England defenders are dropping like flies, Shaw’s timely return to form is a rare bit of good news for Southgate.

Top 10 Key Tactics The professionals Use For Law Firm Immigration