MANCHESTER UNITED will travel to Leicester in the pick of the FA Cup quarter-finals, as Man City face Everton away.

Both Manchester clubs will face a tricky away tie as they aim to book a spot in the semi-finals. 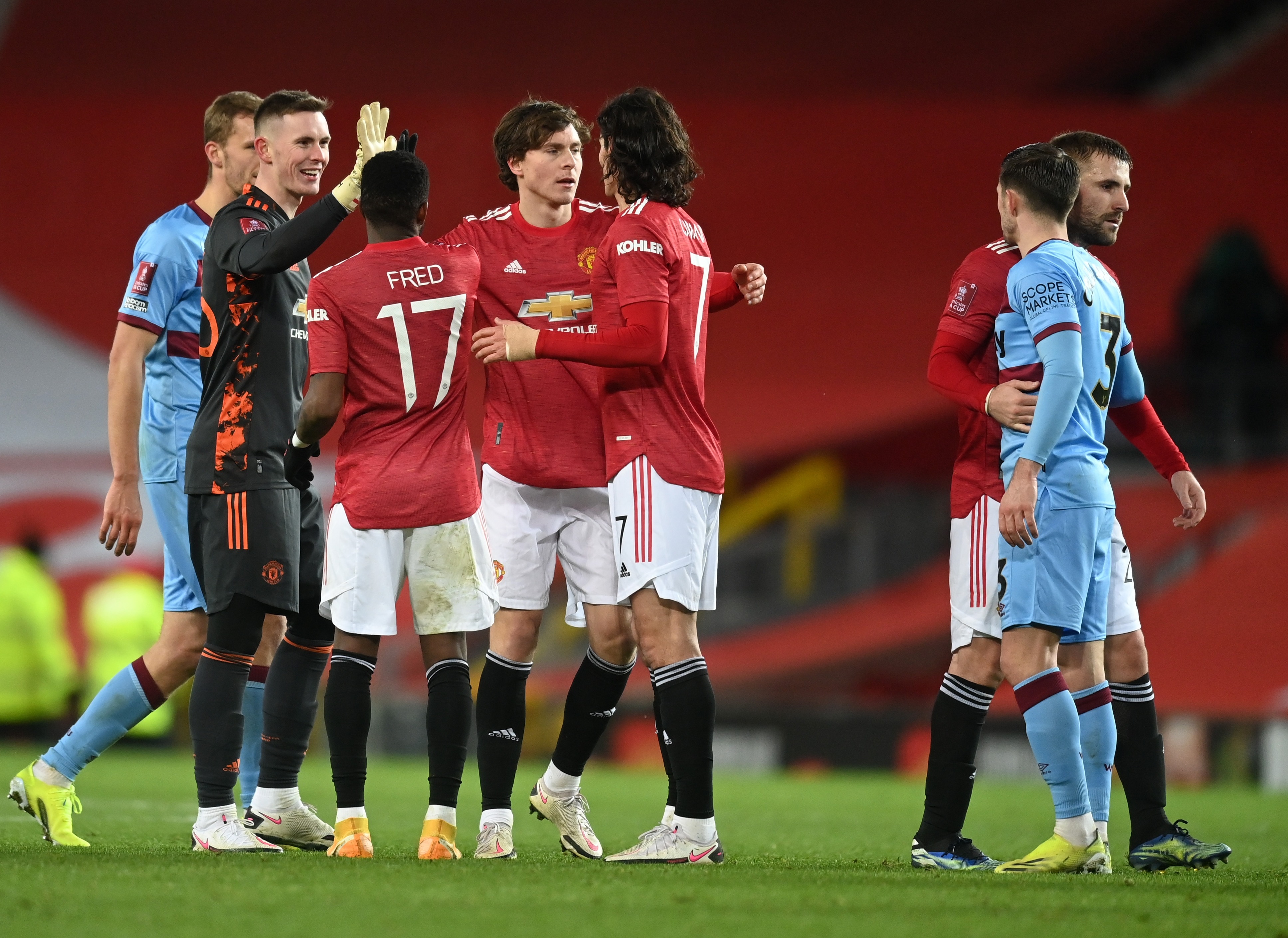 Man Utd booked their quarter-final spot with an extra-time win over West Ham – and next face LeicesterCredit: Getty Images – Getty 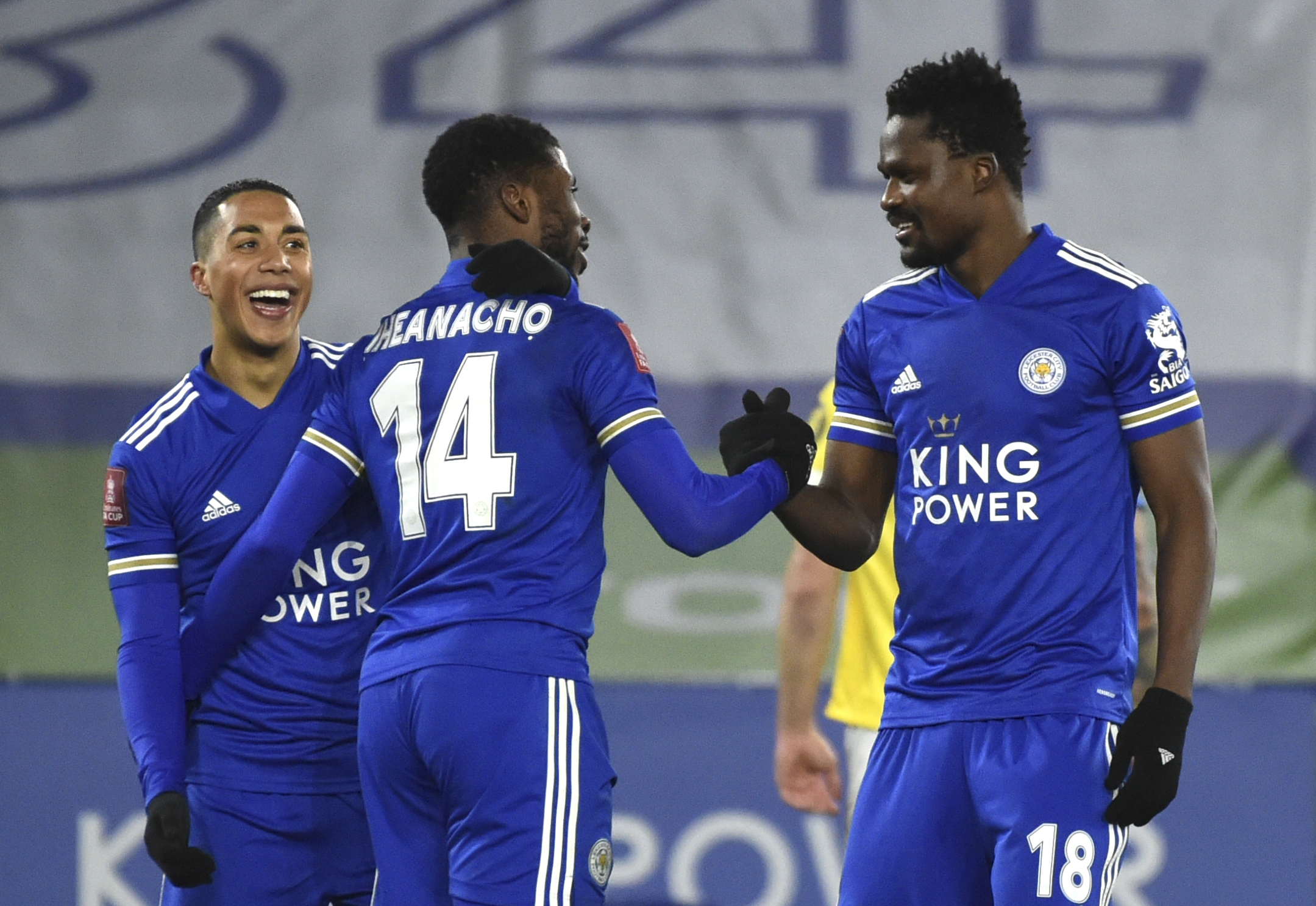 Leicester beat Brighton in the final minute to make it to the quarter-finalsCredit: AP:Associated Press

Meanwhile, South Coast neighbours Bournemouth and Southampton were drawn together.

Chelsea host Sheffield United after sneaking past Barnsley immediately after the draw was undertaken.

All FA Cup quarter-final games will be played over the weekend of March 20.

Man Utd booked their spot in the last-eight after edging past West Ham thanks to an extra-time winner from Scott McTominay.

Kelechi Iheanacho scored a last-gasp winner as Leicester stunned Brighton to make it into the pot for Thursday night’s draw.

And the two high-flying Premier League giants will now do battle at the King Power Stadium.

They take on an Everton side fresh from a 5-4 extra-time win over Tottenham in the fifth round. 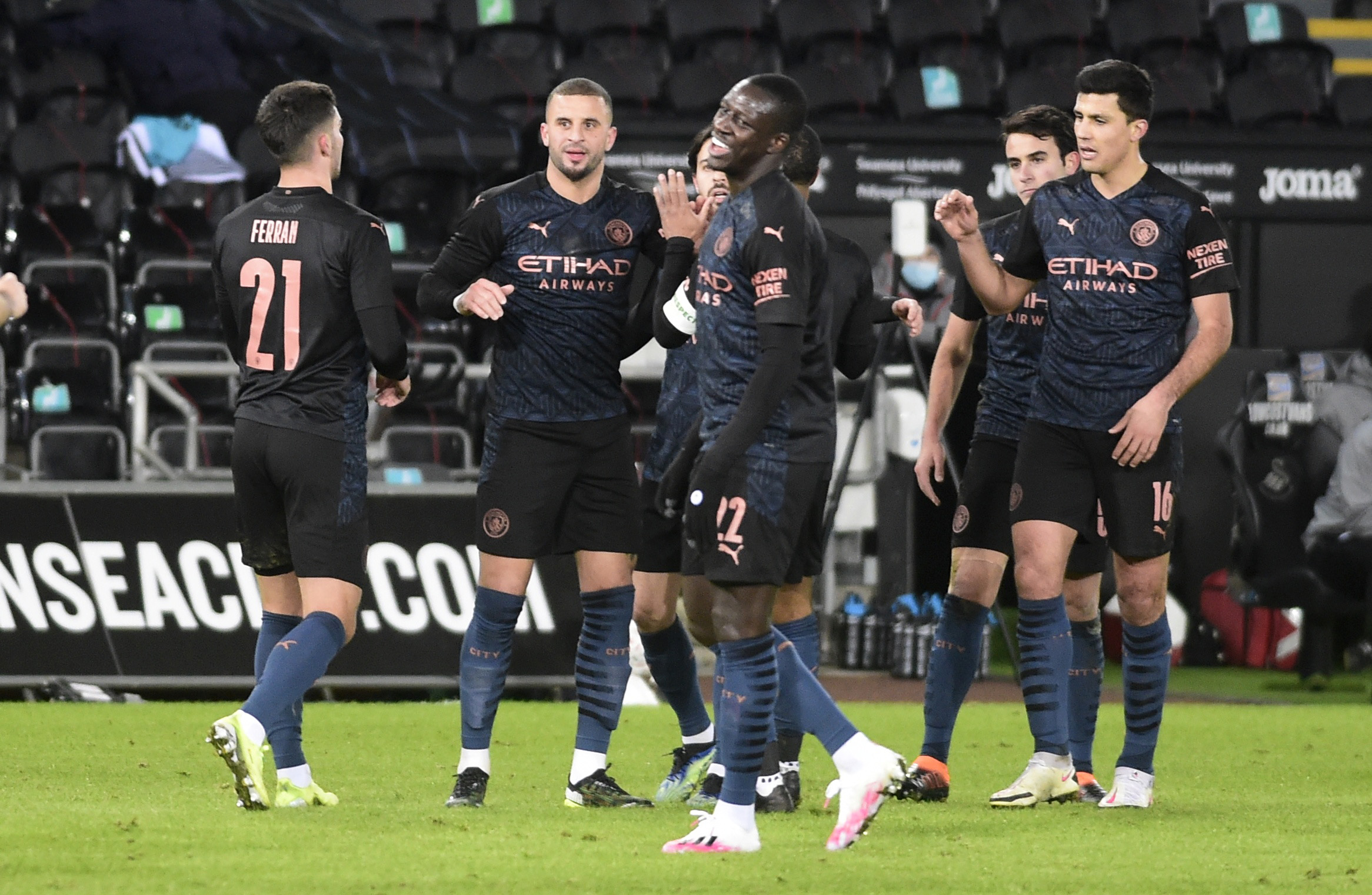 Man City were too strong for Swansea as they brushed them aside in the fifth roundCredit: Reuters

Southampton beat Wolves 2-0 shortly before the draw as they were paired with Bournemouth – who beat Burnley 2-0 earlier in the week.

Chelsea will go toe-to-toe with Sheffield United after Tammy Abraham’s tap-in ensured the Blues didn’t lose to Barnsley in the FA Cup for a second time, having famously slumped to defeat at Stamford Bridge in 2008.

The Blades edged past Bristol City thanks to a penalty from local hero Billy Sharp.