PEDRO NETO will miss the rest of the season because he needs surgery on a knee injury.

That is also likely to rule the Wolves star out of the rearranged Euro 2020 tournament in the summer – as well as a potential £50million transfer to Manchester United. 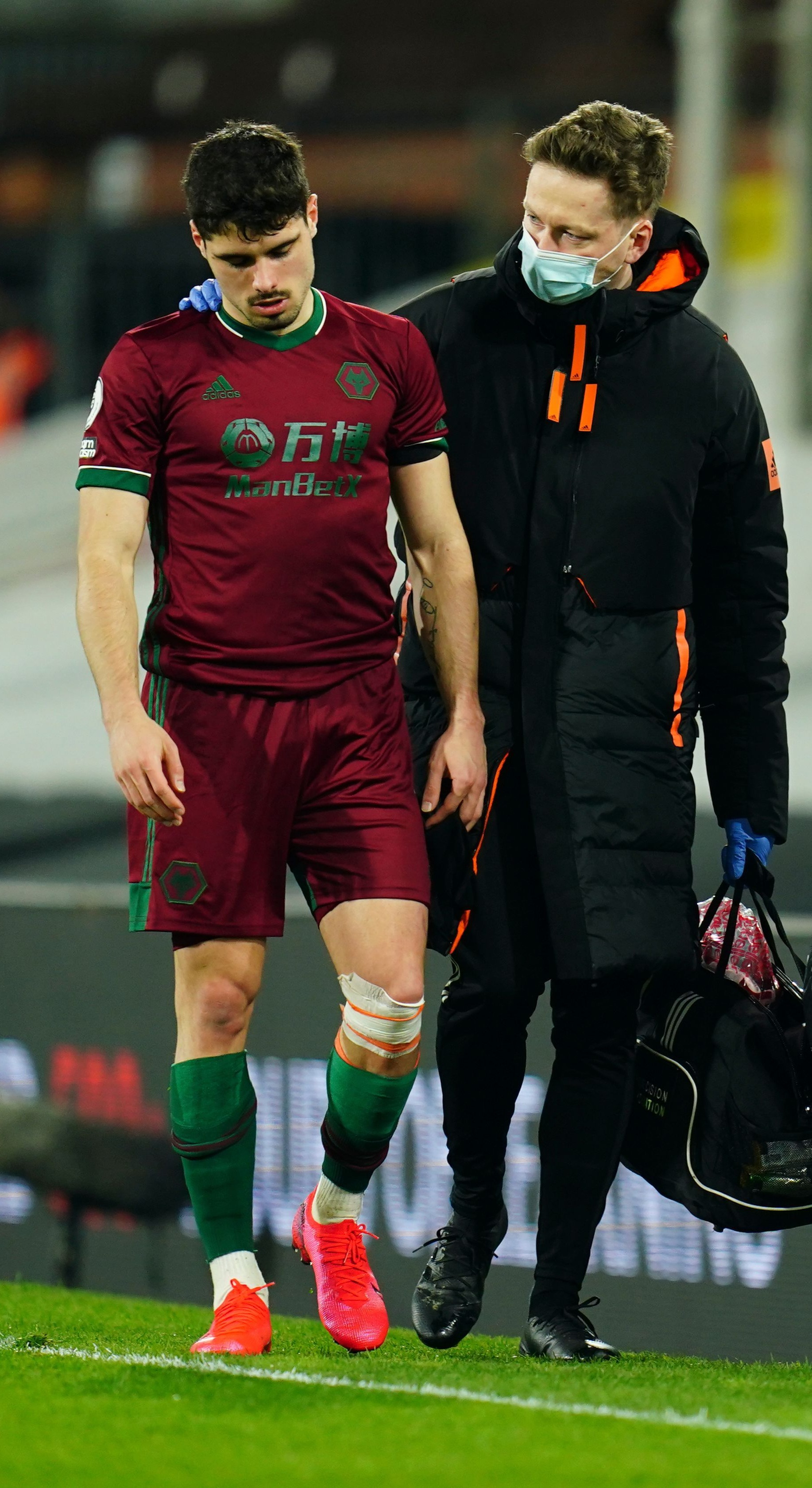 Pedro Neto is out for the rest of the season and probably Euro 2020 with a knee injury that requires surgeryCredit: Rex

The Portuguese forward, 21, was enjoying a fine season and looked on course to go to the Euros for the defending champions.

But he picked up the injury to his knee cap in the first half of Friday night’s 1-0 win away at Fulham.

Now the ex-Braga and Lazio winger is preparing to go under the knife in the coming days.

A Wolves statement said: “Pedro Neto suffered a significant injury to his patella [knee cap] during the match against Fulham.

“Following a review with a knee specialist in London at the weekend, surgery has been planned for later this week.

“Unfortunately he is not expected to return to play until next season.”

Neto wrote on Instagram: “Another obstacle that appears and that I will overcome as I did with every other.

“Difficult months to come, away from the place I like the most, but I will recover the best way to return stronger than ever… that’s guaranteed. Thank you all for the messages.”

Reports from JN in Portugal add he could be on the sidelines for up to six months.

Neto has five goals in 31 top-flight appearances for the Molineux side this term and has impressed many with his performances.

He earned his senior Portugal debut against Andorra last November, scoring in the 7-0 win.

The wideman featured in World Cup qualifying in March rather than at the Under-21 European Championships and was expected to be included in Fernando Santos’ squad.

Reports earlier in the season tipped Juventus to make a transfer swoop to take him back to Italy after two years in the West Midlands.

But in March SunSport revealed the Red Devils’ plans to make a £50m bid for the winger who is seen as an alternative to Jadon Sancho or Jack Grealish.

Ironically, United could have snapped Neto up for next to nothing when he went to Carrington for a trial in 2016, three years before his £16m switch to Wolves.

To make matters worse for Wolves chief Nuno Espirito Santo, he will be without Ruben Neves for a period after the midfielder tested positive for Covid-19 – one of two new cases in the Premier League in the latest round of testing.

Full-back Jonny will see a specialist over his own knee issue and will also go for an operation, Fernando Marcal is making progress after groin surgery while Raul Jimenez remains unavailable after his horror head injury.

Willy Boly should be back after self-isolating for the clash against Sheffield United on Saturday – pushed back to an 8.15pm kick-off to avoid clashing with the Duke of Edinburgh’s funeral. 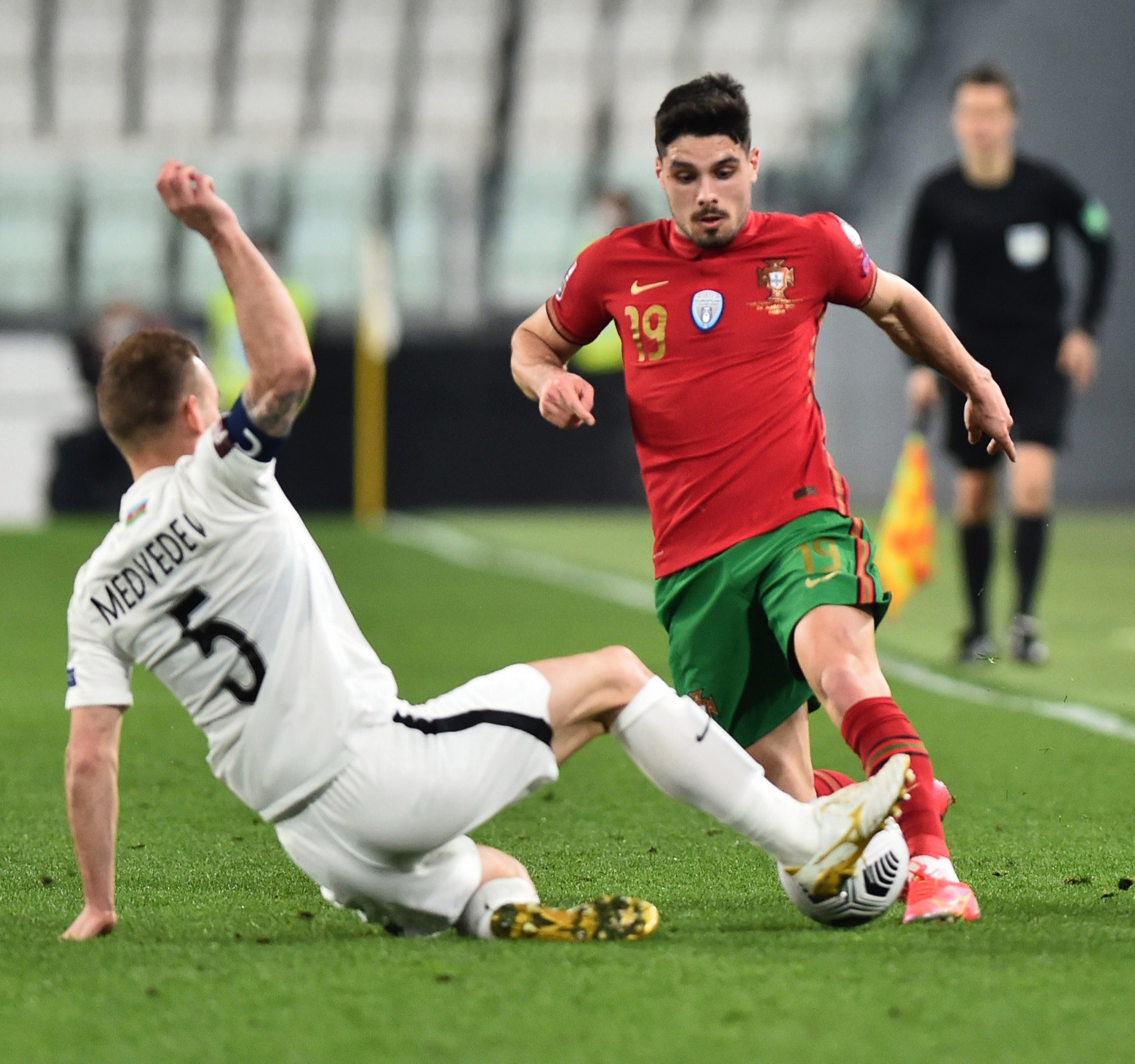 The winger has enjoyed a fine campaign with Manchester United considering a £50m transfer swoopCredit: Reuters