MANCHESTER UNITED target Declan Rice has hinted he wants to stay in London as he gushed about his childhood love for Chelsea.

West Ham midfielder plans to ‘stay close to home’ amid speculation over a summer move.

West Ham hero Declan Rice appears to have suggested Chelsea would have a better chance of signing him than Man Utd should he be soldCredit: Getty

Rice also revealed his bromance with boyhood idol and Chelsea legend John Terry is as strong as ever.

The 27-cap Londoner, 23, has been regarded as a potential dream signing for United in their search for a stylish anchorman.

But on Gary Neville‘s Overlap podcast Rice underlined how settled he is – living just seven miles from Stamford Bridge.

“I’ve always wanted to stay close to this place, I feel like I don’t want to lose my roots.”

And he was equally frank about his upbringing as a Blues’ fan.

Rice said: “Yeah, growing up the whole family was Chelsea.

“I feel like it’s out there – everyone knows, it’s well documented.

“But I feel like when you play for a club like West Ham you become really affiliated to it, and there’s part of me now – and my family as well – that is a massive West Ham fan.”

But Rice continues to look up to former England centre-back Terry.

That bond grew after JT called him to offer support when the Blues released Rice aged 14 after seven years at their academy.

“For me growing up being a Chelsea fan, having a season ticket there, going to all the games, being in the academy. 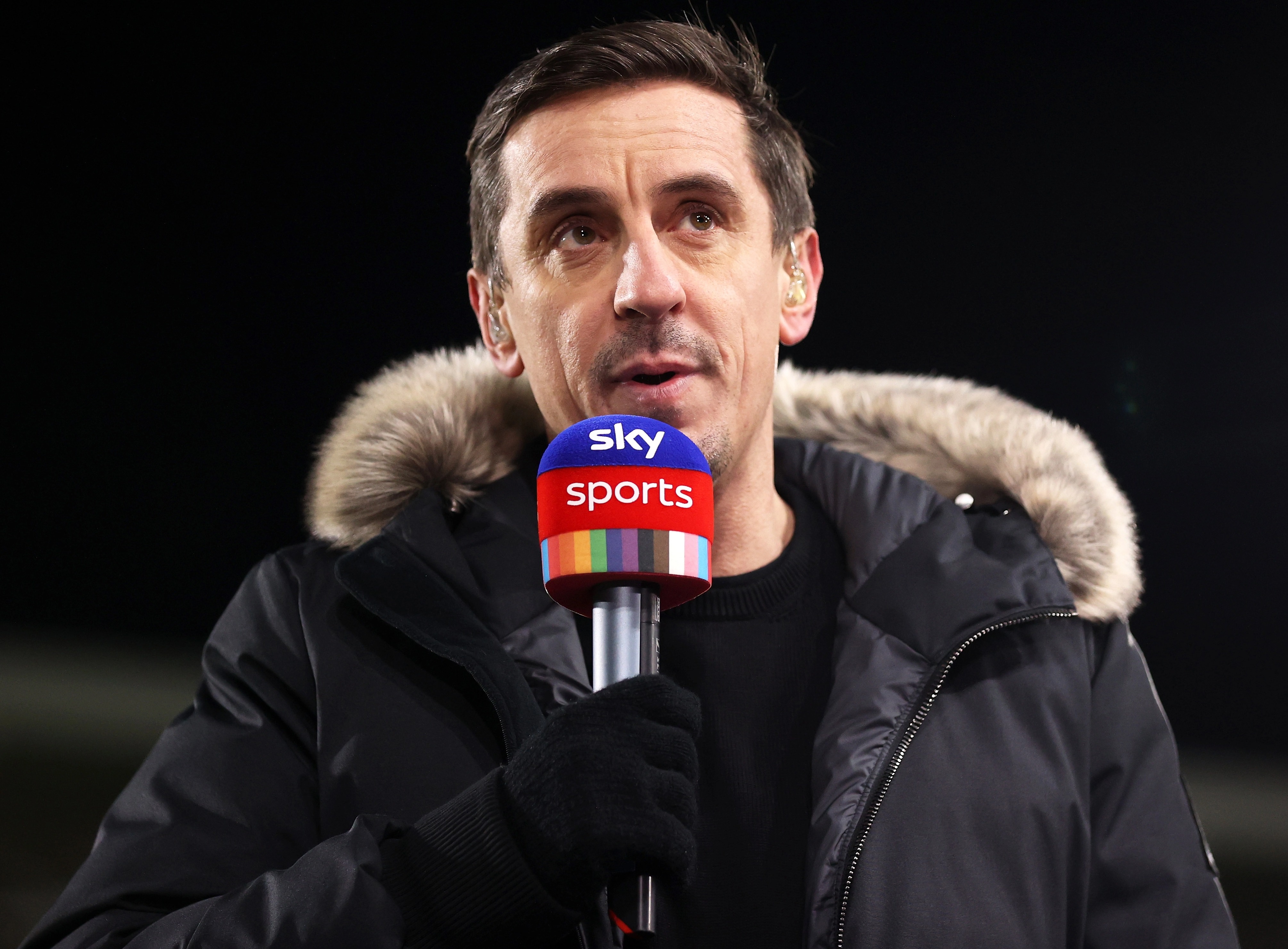 Old Trafford legend Gary Neville was told by Declan Rice that the Hammer wants to stay close to his London rootsCredit: Getty

“Just him, looking at him, everything was JT as a kid. JT26 on the back.

“Even when I was younger I said if I make it I want to be No 26, but I feel like as I’ve got older now I’ve grown out of that – it would look a bit creepy!

‘He was amazing for me when I got released as well, he picked up the phone – he didn’t have to, I was only 14 at the time and I was speaking to my idol – so yeah, we’ve got a good relationship.”

Terry quickly responded to Rice’s comments, posting a link to the chat with Neville on social media and adding: “Love ya mate.”

Now many will expect Rice to return to Stamford Bridge and approach the heights there JT reached.