MANCHESTER UNITED skipper Harry Maguire launched a foul-mouthed tirade at the assistant referee as he shouted ‘Are you taking the p***?’ against Everton.

The Red Devils centre-back was fuming that the officials failed to give a foul against Dominic Calvert-Lewin as the two England team-mates clashed at Old Trafford. 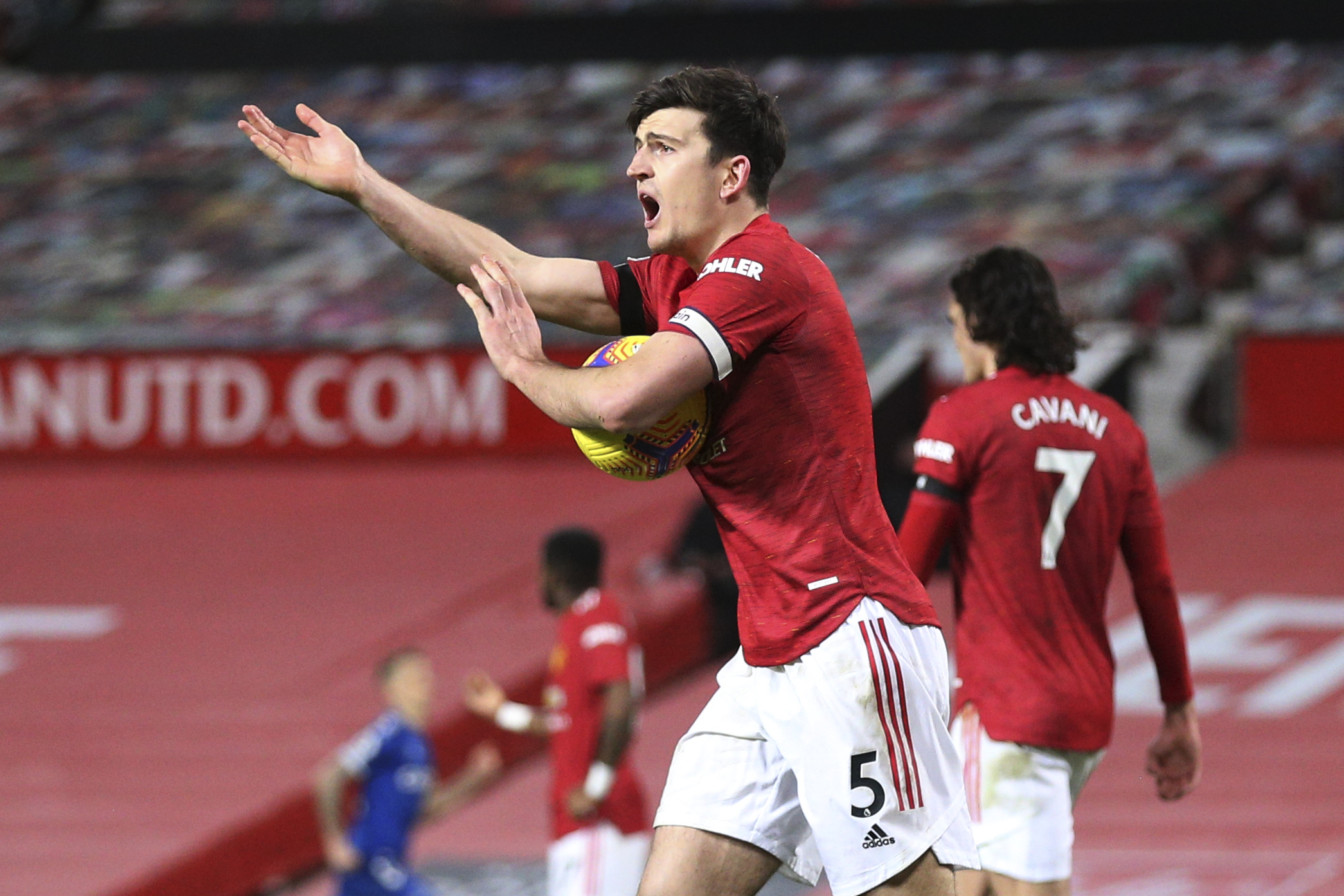 Harry Maguire fumed at the officials against EvertonCredit: AP:Associated Press

At the time United were still leading the game 3-2 but when the linesman saw nothing wrong with the challenge, Maguire lost his cool.

The 27-year old was overheard clearly shouting: “Are you taking the p***?”

But despite his protests, no foul was given for the nudge by Calvert-Lewin.

And to rub salt in Maguire’s wounds, the Three Lions striker poked home a last-gasp equaliser to earn Everton a point and a 3-3 draw.

Maguire was mocked for his role in the goal as the £85million man played all the Everton players onside.

The former Leicester defender held a deeper line than all his colleagues and could have prevented the ensuing goal if he had stepped up.

Keeper David De Gea was also slammed for his role in the equaliser which cost United the chance to go level with neighbours Manchester City on top of the Premier League.

Sky Sports pundit Gary Neville blasted the Spaniard for staying on his line.

Neville said: “I think you want goalkeeper to come, as Jamie said there, and eat the striker.

“You just want your goalkeeper to come out there and absolutely take him out.

“That hasn’t changed. No point going on about it tonight. It’s cost them.”

Edinson Cavani and a Bruno Fernandes screamer had given Ole Gunnar Solskjaer’s side a 2-0 half-time lead.

But goals from Abdoulaye Doucoure and James Rodriguez squared things up, before Scott McTominay looked to have won it for United before the stoppage-time drama.

Covid cases must fall by another 95% to 1,000 a day before lockdown is lifted, claim the NHS