It’s been a funny old season, and the Old Trafford boss can point to an increased points total compared to this time last year, a higher league standing and a change in culture behind the scenes, as progression. 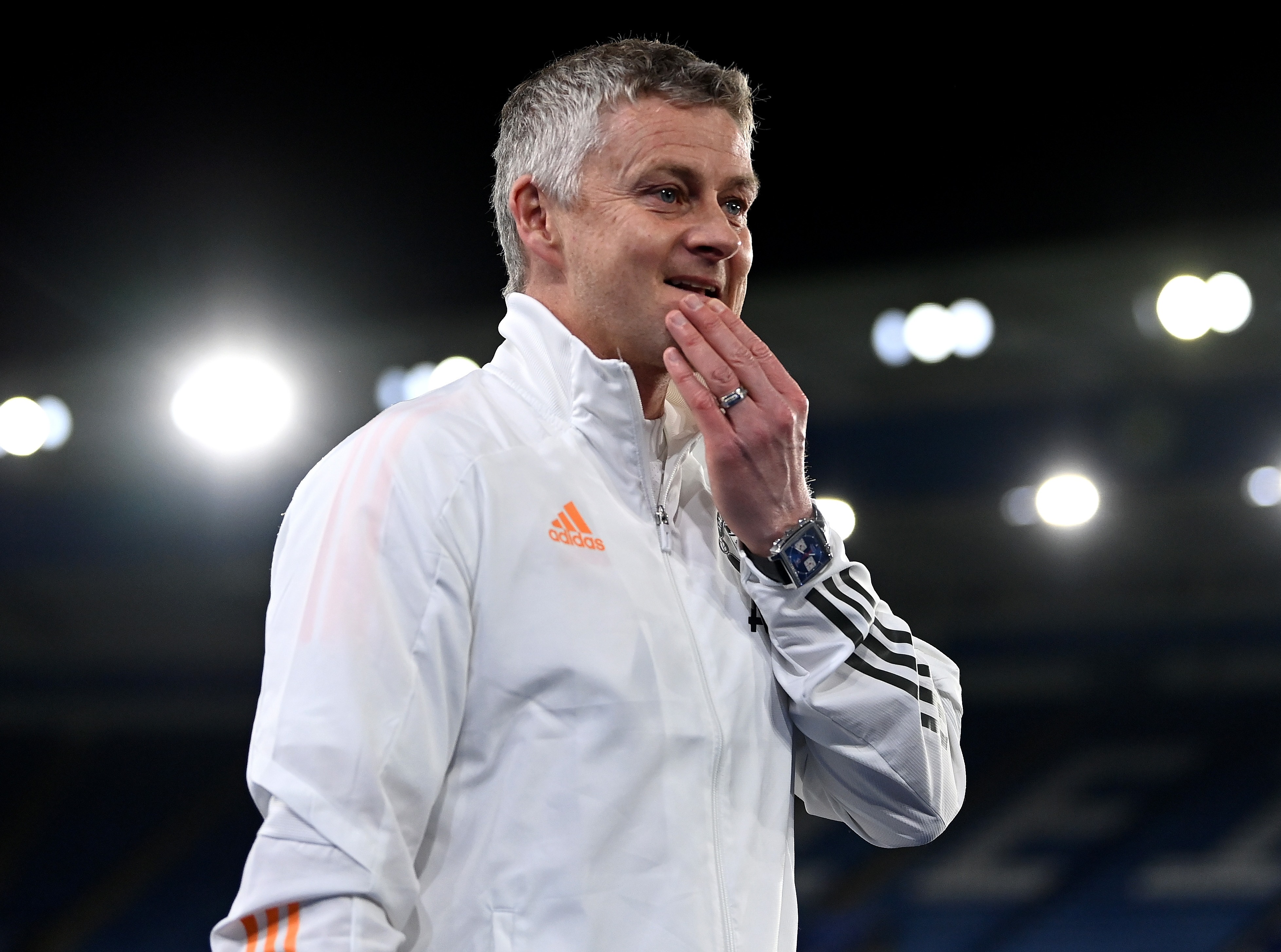 Solskjaer should get the sack this summer if he doesn’t win the Europa League – a top-four finish alone is not enoughCredit: Getty

But people, including myself, have held top-four up as some kind of success, and it isn’t.

Since Sir Alex Ferguson’s time in charge, supporters’ expectations have been diluted by several mediocre finishes to the league season.

But this is Man Utd and the truth is, a club of United’s size, shouldn’t just accept top-four.

On Sunday during the 3-1 defeat to Leicester in the FA Cup, Solskjaer once again showed his inability to juggle the squad and get results.

He talked about tiredness post-match, but successful teams need to win a lot of games if they want a trophy at the end of the season.

Solskjaer has surprised many of us in big matches – like the win against Manchester City earlier in the month.

But there’s still a great inconsistency to how his side performs, and ultimately that needs to be eradicated if United are ever going to win a trophy.

Man Utd are all about winning trophies. There won’t be many supporters dancing in the streets in May when qualification for the Champions League is confirmed.

The blame for United losing three semi-finals last campaign, including in the Carabao Cup against City and Sunday’s FA Cup quarter-final loss to Leicester, starts and ends with Solskjaer.

It looks like he can only take United so far, and when he needs to juggle his squad and be more tactically astute, he fails.

Thinking back to Murphy’s comment, he’s probably right. If United ever want to win something, a man that was sacked from Cardiff, probably isn’t the answer.

Behind the scenes the club have appointed John Murtough in the new role as football director, while former midfielder Darren Fletcher has been promoted to technical director, two known supporters of Solskjaer.

We’ll have to see if this is a sign that even without a trophy, top four alone is good enough for him to stay in charge.

The club keep harping on about planning for the future, but when does that end and we start seeing some silverware here and now.

United, we are told, ‘are not far away’, but repeated failure at the latter end of tournaments suggests there’s still some way to go.

Solskjaer will probably not have a better chance to win a trophy than this season.

Arsenal are the obvious threat in the Europa League, but if Solskjaer can’t deliver again the board should act and bring someone in that can take United across the finish line.

So to go into that campaign with some real belief, it’s time a trophy was delivered to help fans believe Solskjaer really is the man.