MANCHESTER UNITED’S stars past and present united to honour those who perished in the Munich air disaster.

The Red Devils fixture against Everton was only the fourth time the club have actually played on the anniversary of the tragedy that killed 23, including eight of the Busby Babes. 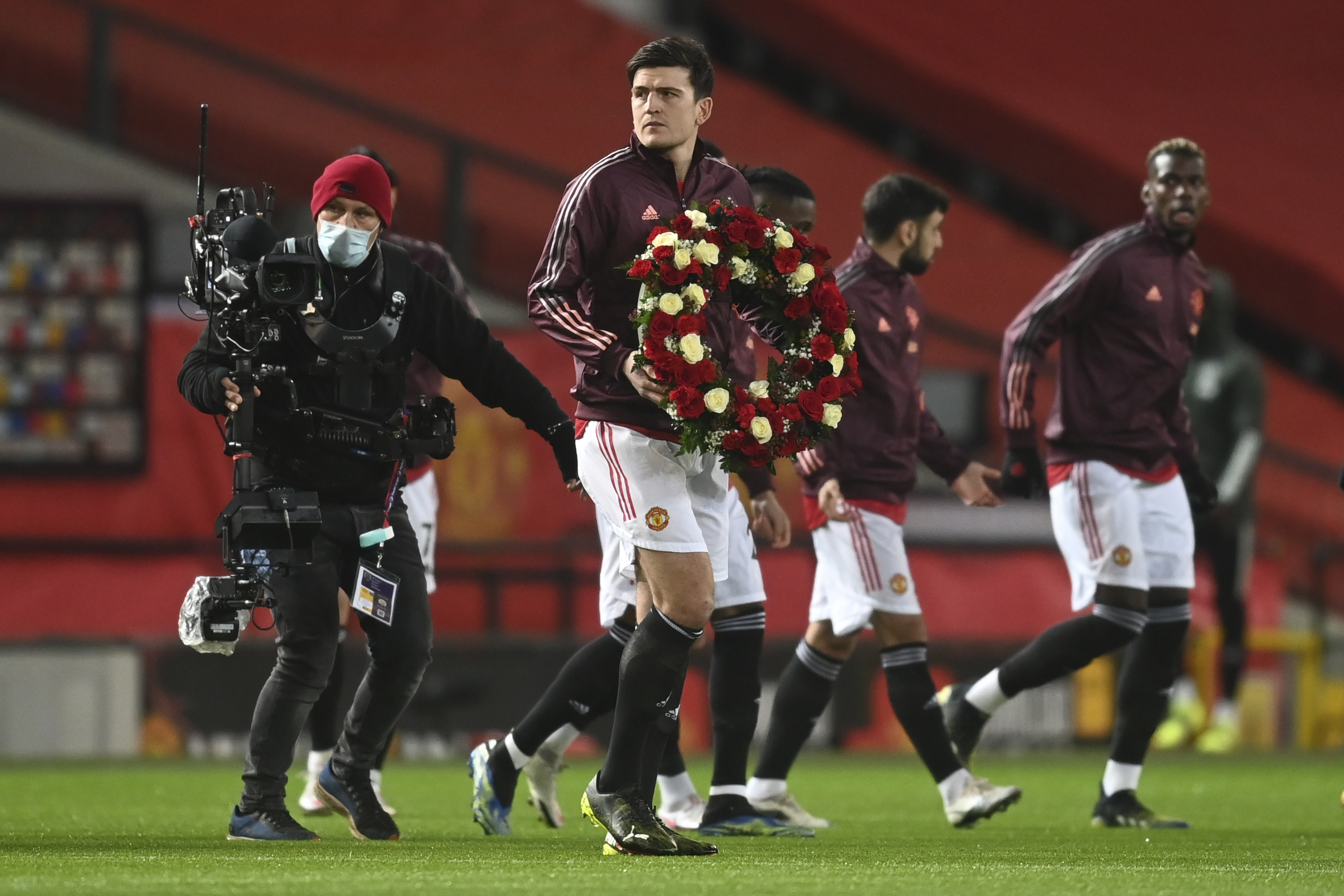 Harry Maguire carried a wreath onto the Old Trafford pitch ahead of Saturday’s game to honour those who perished in the Munich air disasterCredit: AP:Associated Press

Manchester United and Everton observed a minute’s silence to remember those who lost their lives during the Munich air disaster, 63 years ago today. pic.twitter.com/qd3feLADk0

Harry Maguire carried out a wreath as he led out the team on Saturday.

The stadium was adorned with a huge banner reading ‘We’ll Never Die’ across the Stretford End.

And a minute’s silence was held before the Old Trafford clash with fans gathering outside the ground to pay their respects.

And traditional rivals including Arsenal and Liverpool both posted their respects as well.

Ole Gunnar Solskjaer had called on his players to put in an assured performance against Everton to best remember the tragedy.

It’s such an important part of the history of our club and we have spoken to the players who come into the club, who’ve not been here, and are part of this anniversary

The United boss said: “It’s only the fourth time the game is played on the actual anniversary.

He added: “It’s such an important part of the history of our club and we have spoken to the players who come into the club, who’ve not been here, and are part of this anniversary. 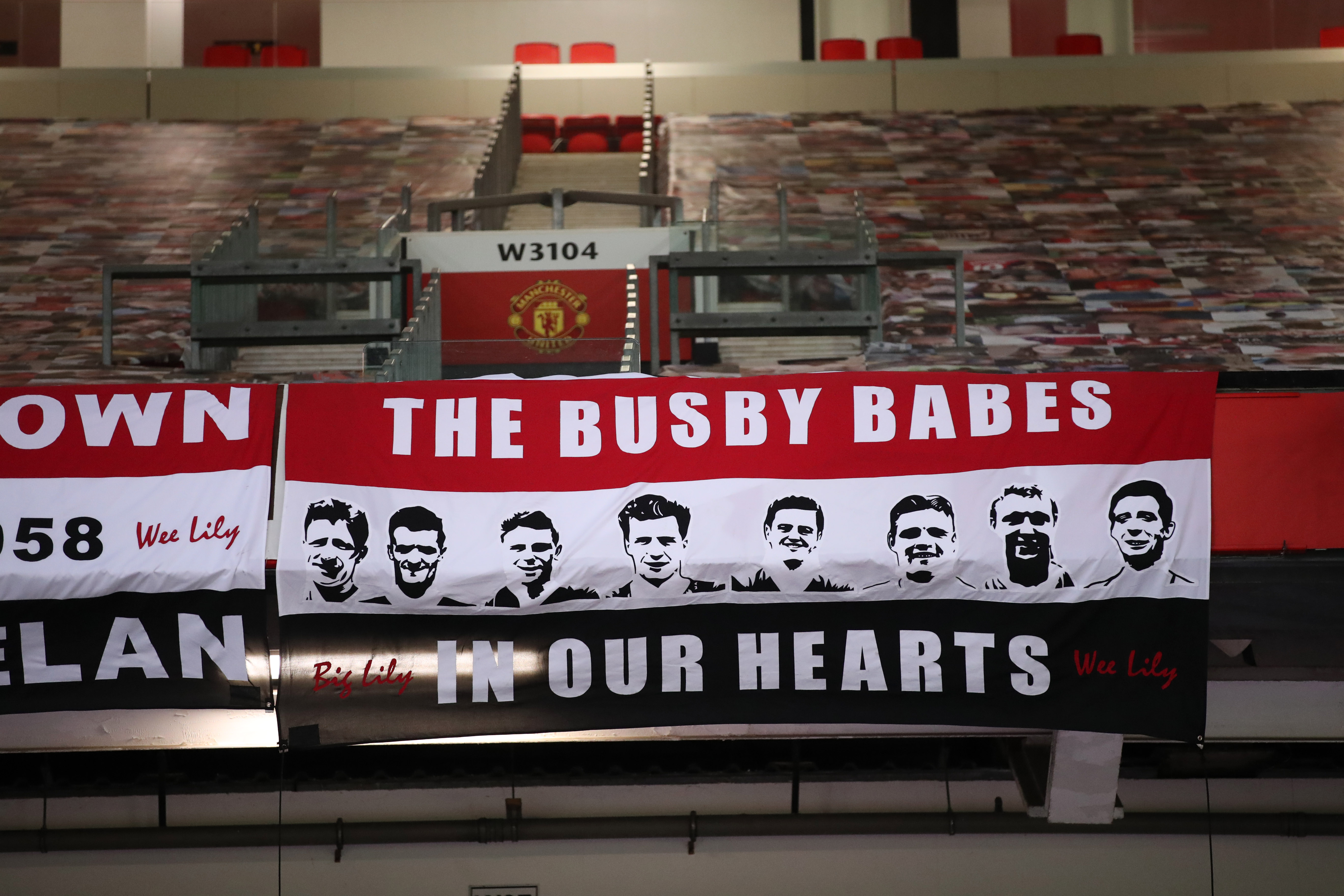 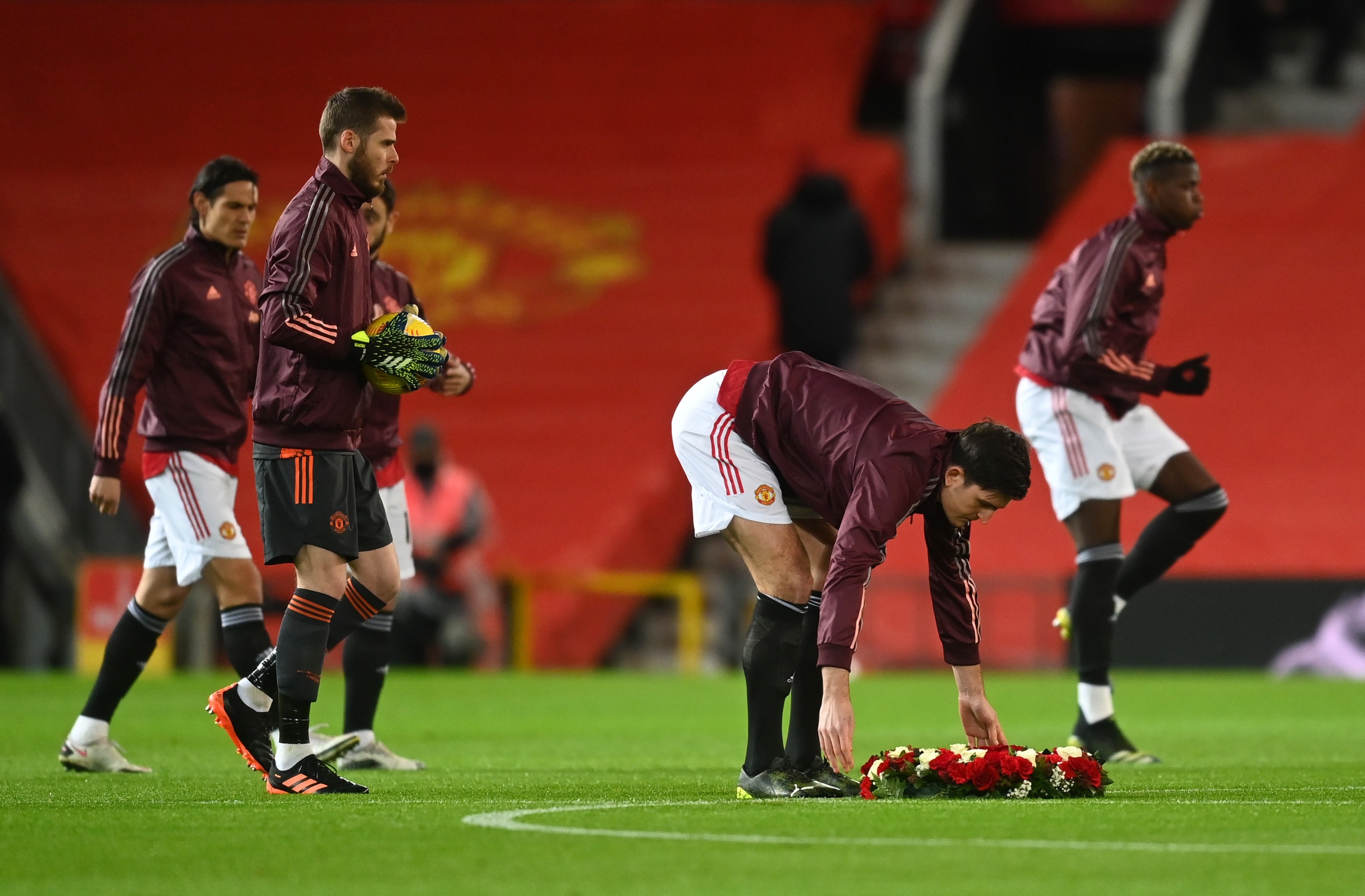 The club was playing on the Munich disaster anniversary for only the fourth timeCredit: Getty Images – Getty 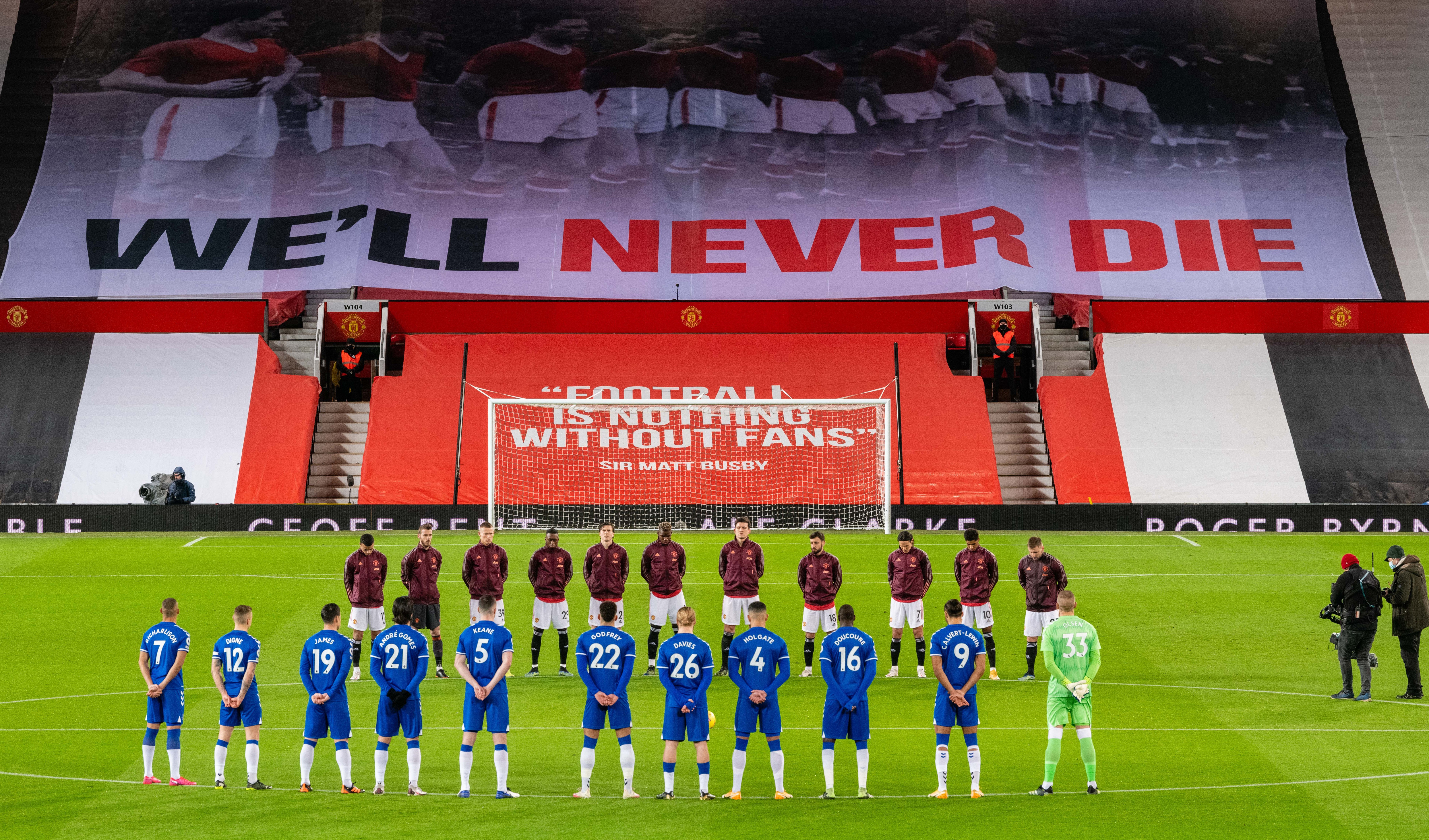 A minute’s silence was held before the 3-3 drawCredit: Getty Images – Getty

Edinson Cavani revealed he didn’t need to be educated about the historic event as he hailed the impact of wearing the United strip.

He said: “I’ve always known about the history of what happened.

“Today it’s my turn to be at this club, and to wear this shirt with pride, just as those players were also part of the club at that time.” 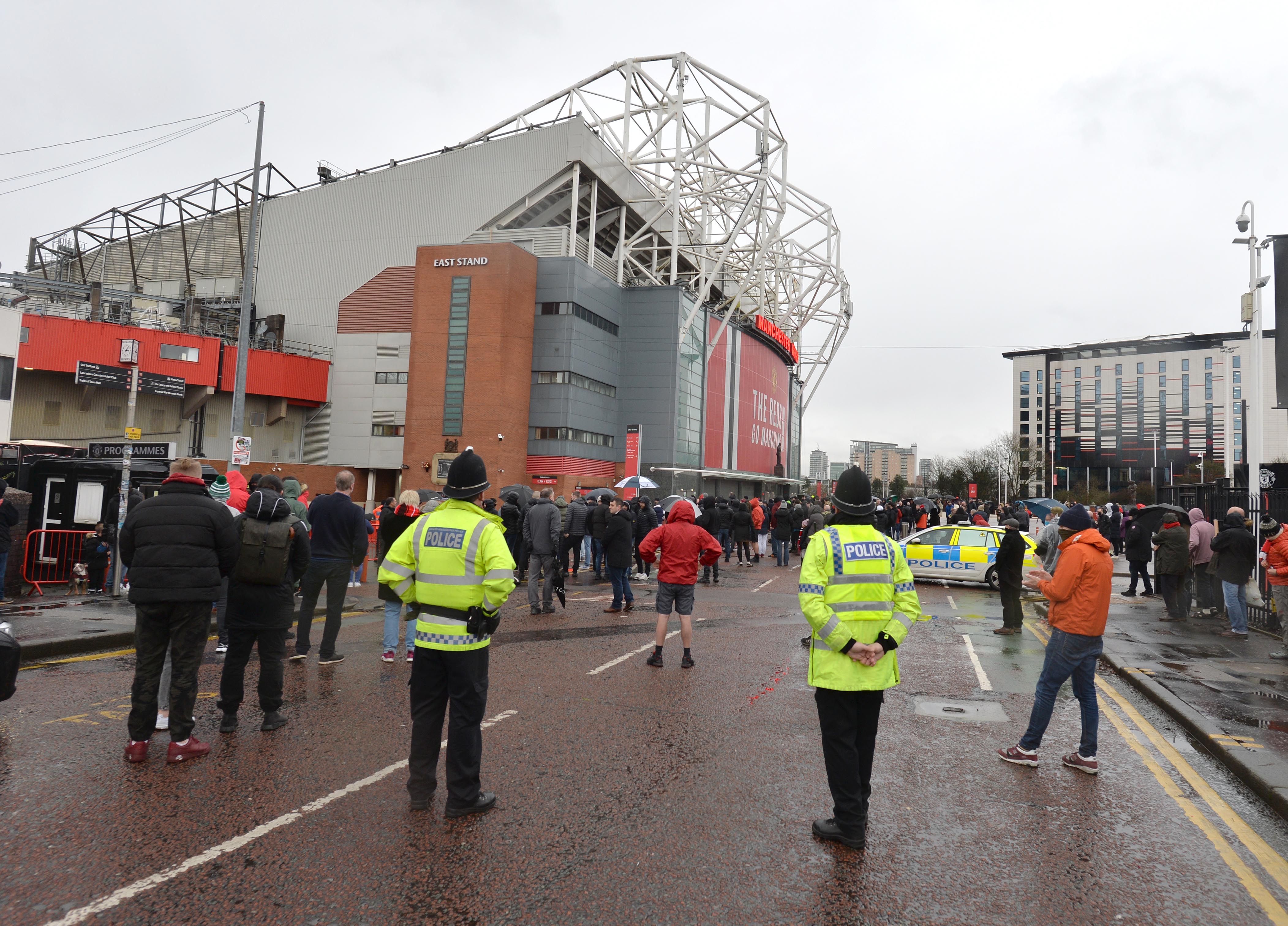 Fans gathered outside Old Trafford to pay their respectsCredit: Zenpix 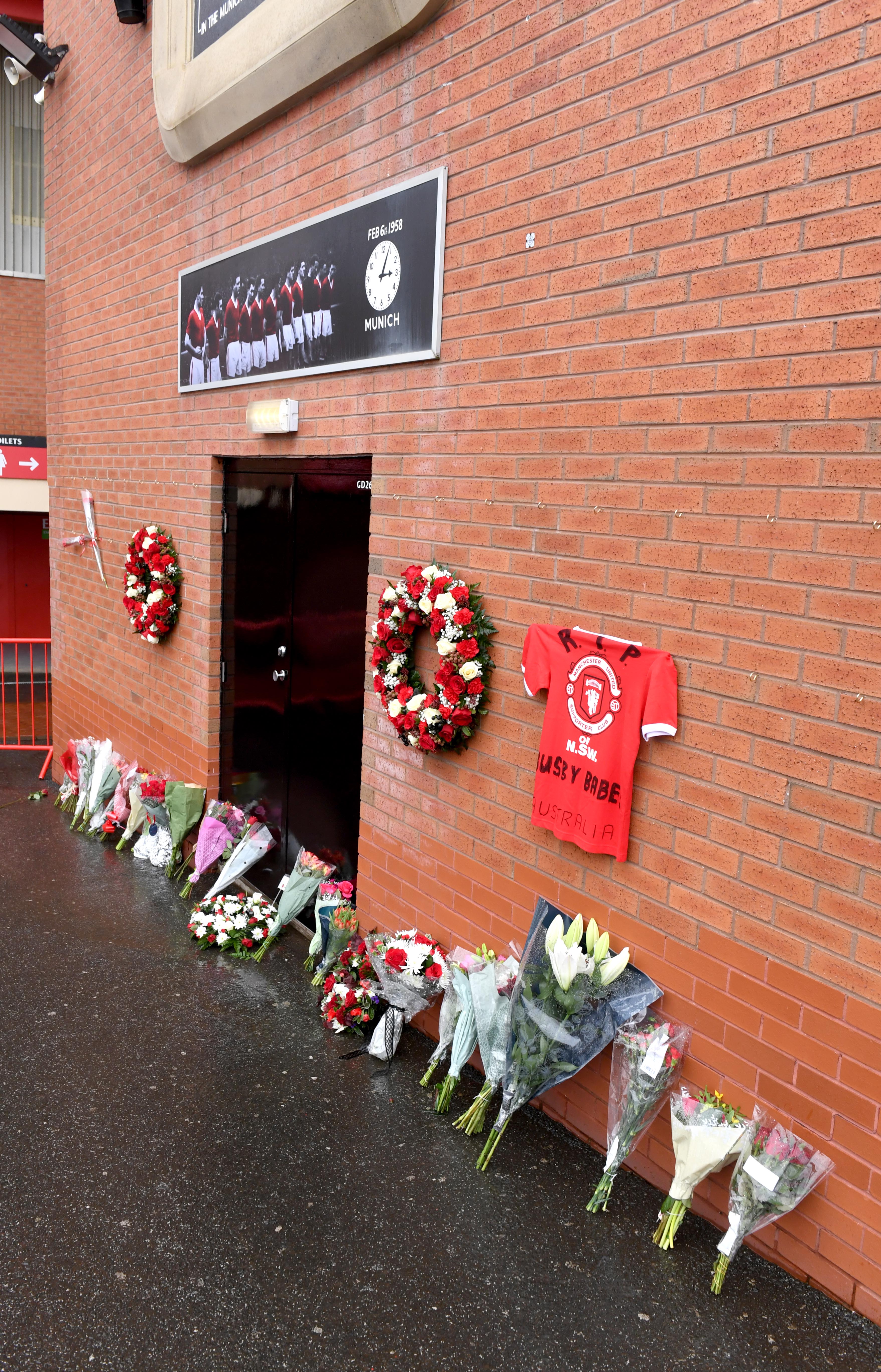 United also held a virtual memorial as flowers were laid outside the groundCredit: Zenpix