MANCHESTER UNITED have reportedly been offered the chance to sign Edin Dzeko – who played for rivals City.

Dzeko, 34, is up for sale at Roma after being axed by boss Paulo Fonseca. 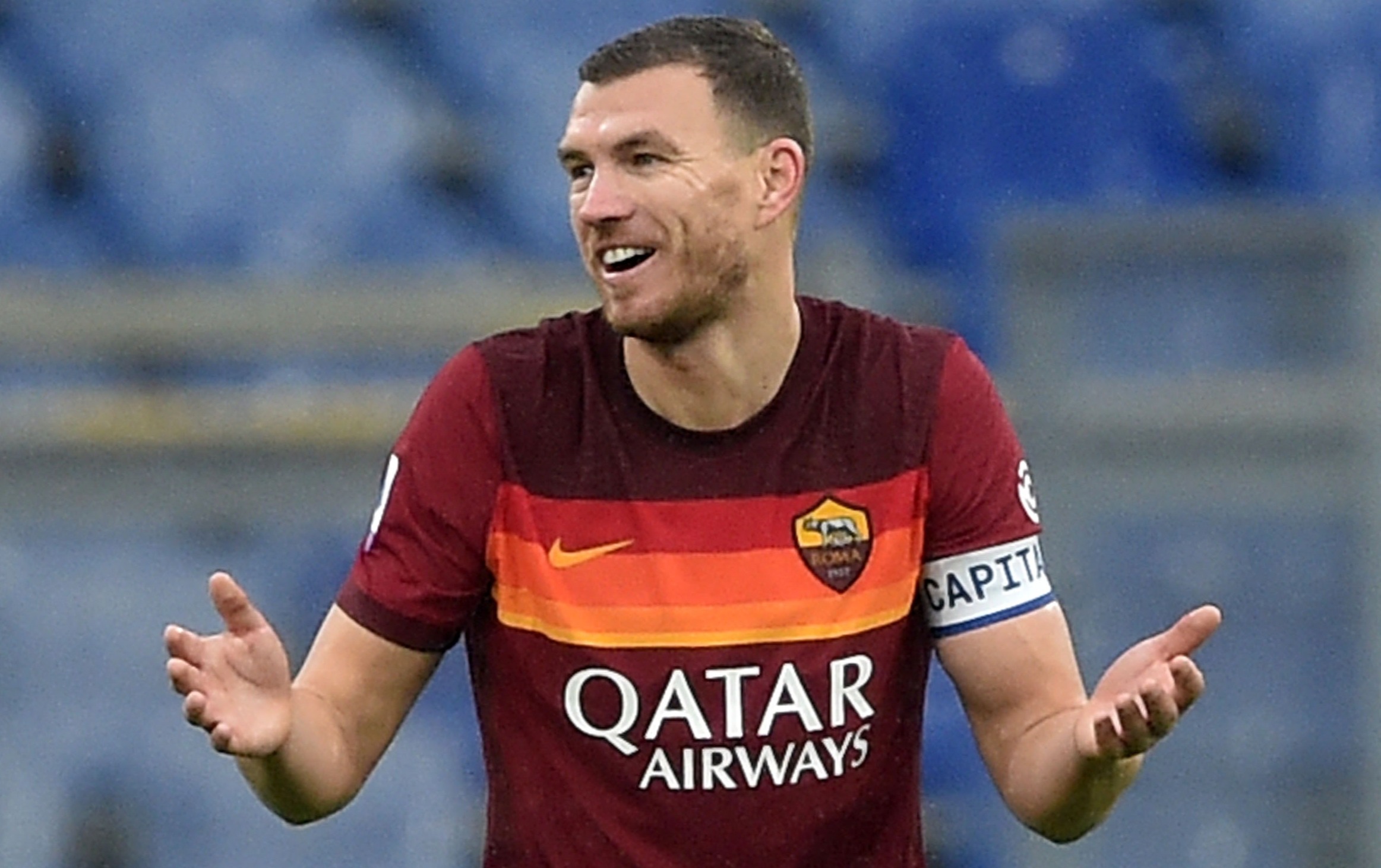 And Corriere dello Sport claims Dzeko could now be on his way to title hopefuls United.

And Dzeko is now training alone after being left out of Saturday’s 4-3 win against Spezia.

It’s a huge call from Fonseca as the Bosnian, who could yet be involved in a swap deal for Inter Milan’s Alexis Sanchez, has been a hugely important player for Roma since joining from City in 2015.

Dzeko has scored 114 goals in 242 games for the capital club, including eight this season.

And now Man United could end up with the tenacious hitman among their ranks.

Odion Ighalo has returned to Shanghai Shenhua after his loan deal ended.

And Dzeko would come in to provide support in attack alongside Edinson Cavani and Anthony Martial.

Should he leave before deadline day, Roma are reportedly keen on signing Olivier Giroud as a replacement.

But Chelsea seem unlikely to let Giroud go after he started in Thomas Tuchel’s first game last night against Wolves.

The player himself also wants to see out the final six months of his Stamford Bridge deal, telling RMC Sport: “My career, in the short term, I see it at Chelsea.

“Now, we know things go quickly in football, both in good and bad ways. I want to keep my head clear and focus on the pitch.

“I’m coming to the end of my contract at Chelsea in June, even if we have the option of another year.

“We’ll go over things at the end of the year. But once again, I have the ambition of winning something with Chelsea this year because I have a lot of hope due to the quality of our squad.”