MANCHESTER UNITED have named 17-year-old starlet Shola Shoretire in their squad for the Europa League last 32 tie against Real Sociedad. 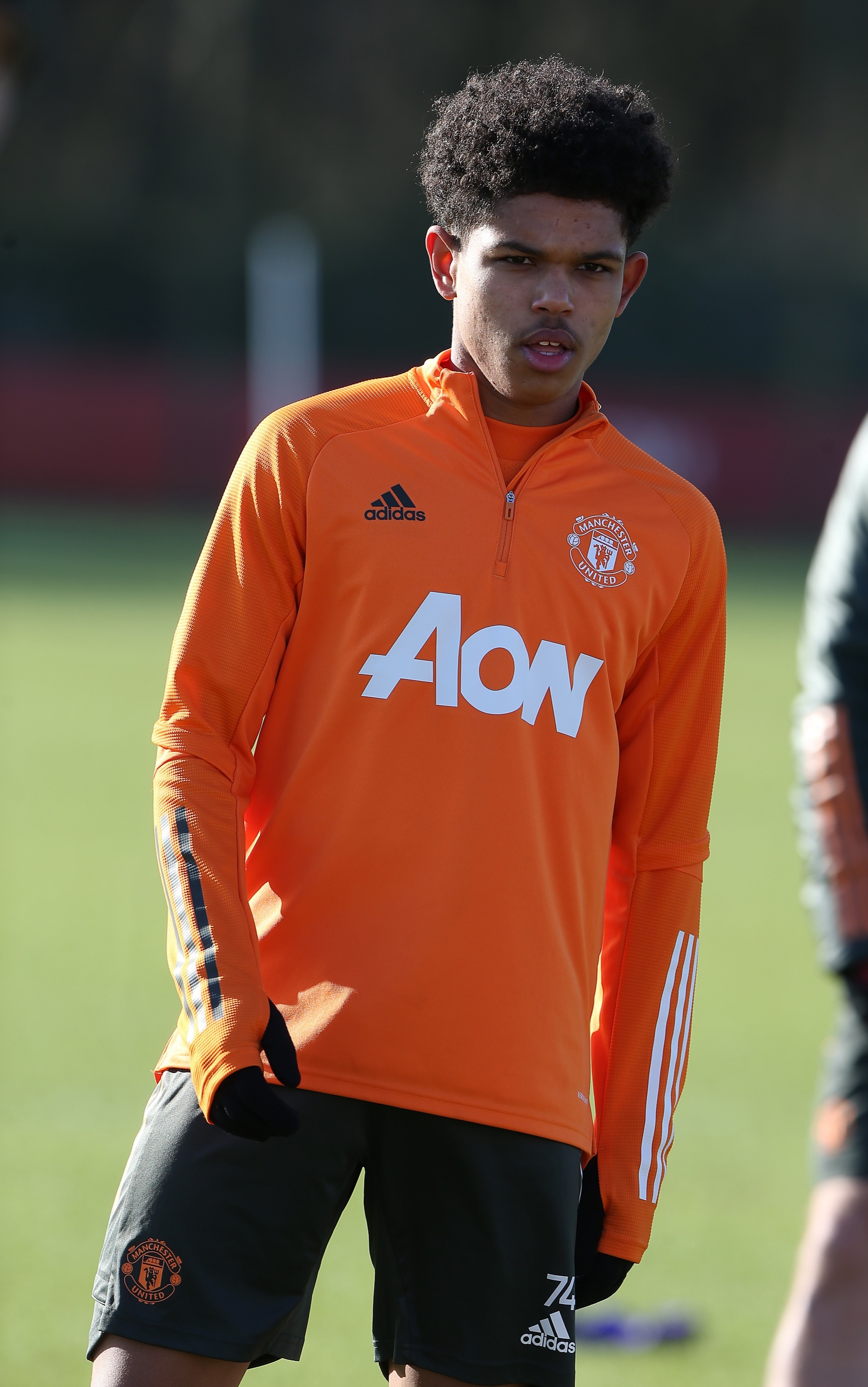 Shola Shoretire has been named in a 27-man squad ahead of Manchester United’s Europa League game against Real SociedadCredit: Getty Images – Getty

Teenage forward Shoretire has already begun training with the first team, having impressed under Neil Wood with the Under-23s.

He was promoted to the senior side – alongside French prodigy Hannibal Mejbri – after smashing home a hat-trick against Blackburn Rovers for the youth side.

The talented youngster only signed professional terms at Old Trafford earlier this month.

Shoretire has been named in an initial 27-strong group that includes four goalkeepers.

Clubs are allowed to name 12 substitutes which means Shoretire has a good chance of making the cut for the travelling party.

Amad Diallo is also in the squad after his £37million move from Atalanta in January.

Academy boss Wood warned the club to be patient with the 18-year-old Ivorian who has made a big impact already at Carrington.

Diallo bagged three goals and as many assists in his first two games for the Under-23s, including a cheeky Panenka penalty.

United will travel to Turin rather than the Basque country for Thursday night’s game amid coronavirus travel restrictions.

But Uefa have given the club the green light to host the return leg on home soil as Sociedad will have spent less than 48 hours in Manchester, meaning they are not bound by the requirements so can play at Old Trafford.

United finished behind Paris Saint-Germain and RB Leipzig in Europe’s premier competition and now face a two-legged tie against LaLiga side Sociedad.

Solskjaer’s men crashed out at the semi-final stage of the tournament last season, losing to eventual winners Sevilla.