DAVID DE GEA says Manchester United must learn to beat the top sides if they are to start winning trophies again.

The Red Devils have managed just ONE goal in seven matches against the traditional ‘Big Six’ in the Premier League this season.

David De Gea has held his hand up and admitted that Man Utd need to start beating other big sidesCredit: EPA 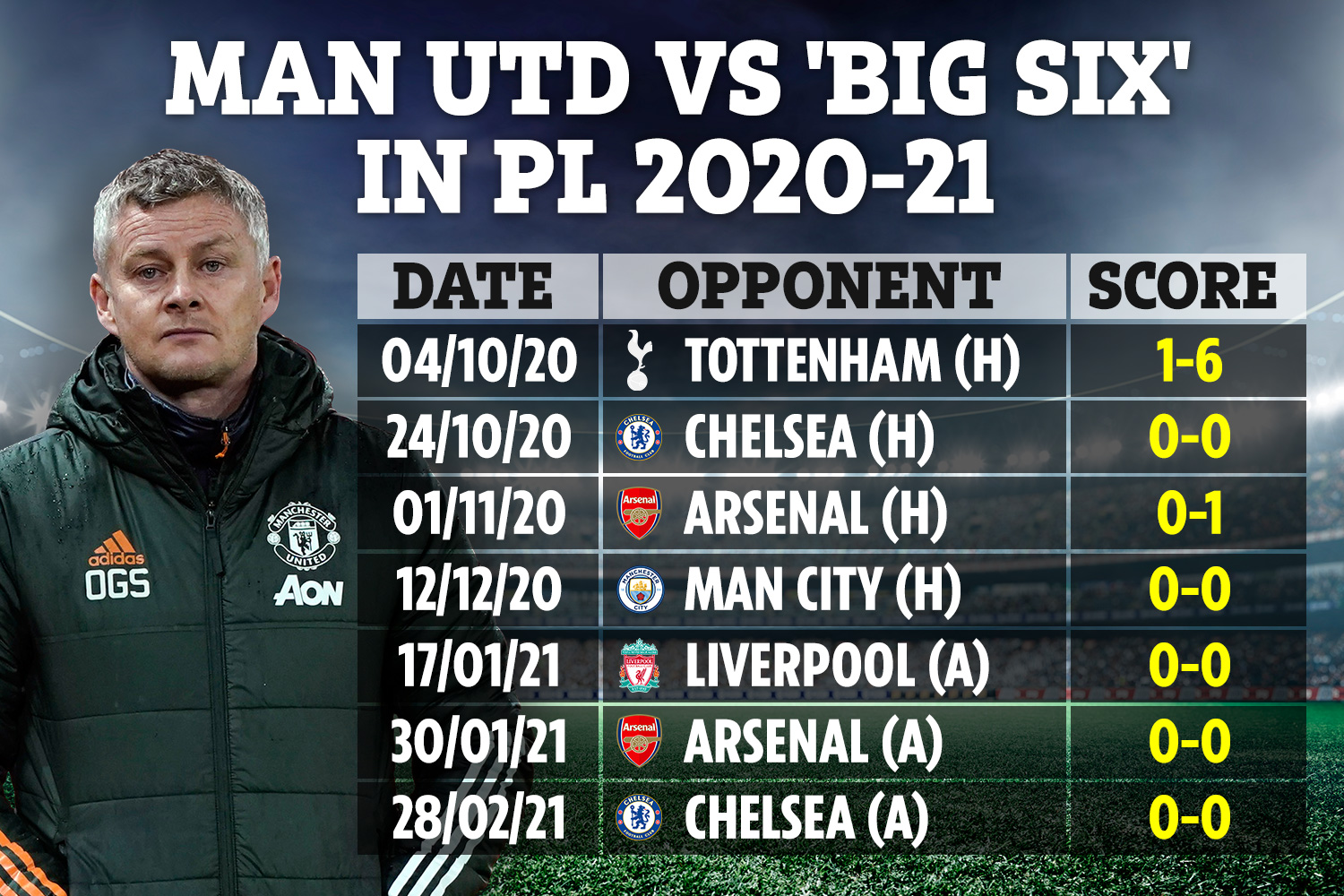 United have an awful record against the Prem’s top sides

Even that solitary strike came in the 6-1 thumping against Tottenham back in October.

They will have a chance to put the record straight when they make the short trip across town to face leaders City on Sunday.

But Pep Guardiola’s men now have a 12-point lead at the top of the table and United’s struggles in the biggest games looks to have cost them a title shot.

After the 0-0 stalemate against Chelsea on Sunday, De Gea said: “I think that the draw is fine – but if we want to do something good and we want to win trophies and win the league, we have to beat these teams.

“Win the next one and then we play against City so let’s see if we can beat them and be closer to them.”

The Manchester rivals looked likely to slug it out at the top until City began to pull away in mid-January.

De Gea added: “Now they are winning games, they are playing well and now the gap is bigger.

“It’s not easy but this is the Premier League and we want to give everything until the last game and fight to be as high as we can.”

United have not lost on their travels in the league for over a year and De Gea says that is something positive they can take.

He added: “It’s unbelievable to be 20 unbeaten games away from home – especially in the Premier League.

“I think it’s something to be proud of for the whole team – so let’s keep it going.”

Cancelation confirmed but 2022 headliners announced and how to get tickets