WALES will decide Wednesday if Ryan Giggs will be stood down from the start of their 2022 World Cup campaign.

The decision comes after chief executive Jonathan Ford was forced to step down from his post on Tuesday following a vote of no confidence from the FAW council. 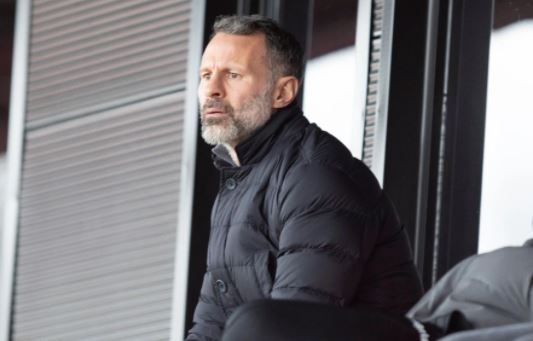 Ryan Giggs will learn his fate on Wednesday

Ford’s exit and the uncertainty over Giggs’ future leaves Wales deep in crisis just two weeks out from their qualifying opener against Belgium in Leuven on March 24 – and with the Euro 2020 finals fast approaching.

Dragons manager Giggs remains on ‘special leave’ from the Welsh FA following his arrest on November 1 on suspicion of assaulting his on-off girlfriend.

Giggs, who had his bail from Greater Manchester Police extended until May 1, is still waiting to hear if there is a case to answer with his file currently with the Crown Prosecution Service.

The Manchester United legend missed Wales’ three internationals last November and, with the case unresolved by the CPS, assistant boss Robert Page is likely to continue as caretaker boss again.

Wales are set to name their squad next week for the qualifying double-header against Roberto Martinez’s No1 ranked side in the world as well as a home clash with the Czech Republic on March 30.

With Giggs’ future in limbo, Wales also now need to find a new chief executive when Ford departs on March 31.

A number of issues, including the appointment of Angela van den Bogerd as ‘head of people’, led to discontent among the FAW council, who voted 26 to five against Ford.

It is understood Welsh FA president Kieran O’Connor will act as the association’s figurehead before a successor is appointed.

Ford was appointed as chief executive in 2009 and raised the FAW’s profile across Europe and beyond.

During Ford’s reign, Wales staged the 2017 Champions League final between Real Madrid and Juventus at Cardiff’s Principality Stadium while the 2014 Super Cup final also came to the Welsh capital.

A FAW statement read: “The FAW would like to place on record its gratitude to Mr Ford for his efforts over the past 11 years and wish him all the best for future endeavours.”