MANCHESTER UNITED have been dealt a transfer blow after Ajax’s new manager Alfred Schreuder claimed that he believes Jurrien Timber is staying.

Incoming Red Devils boss Erik ten Hag had made the defender one of his top summer targets.

Speculation has been mounting for weeks that he was closing in on a deal to bring the 21-year-old with him from Ajax to Old Trafford.

The ace was a regular in Ten Hag’s side last season as they secured another Eredivisie title.

Reports emerged last week that the defender has decided the move would be too risky.

With the World Cup in November, a switch to the Premier League would be too much of a shake-up for him “at this time”. 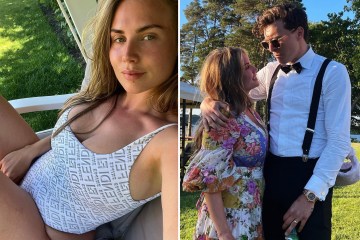 Now Schreuder has added to those United doubts after revealing he has spoken to the Dutch international.

He told ESPNnl: “I have spoken with Jurrien and I am assuming he is staying at Ajax.

“Timber is a smart guy and he knows what is best for himself.

“We think he is not done at Ajax yet.”

Timber was one of Ten Hag’s main players at Ajax last season as they claimed a third Eredivisie title in a row, appearing 43 times in all competitions and scoring three goals.

He made his breakthrough in the national team last year and has made eight caps so far.

He can play as either a centre-back or right-back, with the latter in particular being a problem area for United.

United have struggled to secure deals for a number of players this window, most notably Frenkie de Jong from Barcelona.

New United CEO Richard Arnold told fans who were set to protest outside his house that the money was there for Ten Hag and new football director John Murtough to spend on transfers.

But with no Champions League football hindering the club’s transfer plans, the lack of new signings makes bleak viewing for The Red Devils.

Lytham Festival 2022: Lancashire festival with a line up to rival Glastonbury

John Williams to retire from scoring films after ‘Indiana Jones 5’