MANCHESTER UNITED are set for a transfer tug-of-war with Juventus and Bayern Munich for Aston Villa wonderkid Carney Chukwuemeka.

The Aston Villa midfielder, 17, has also been tipped to become England’s next big thing. 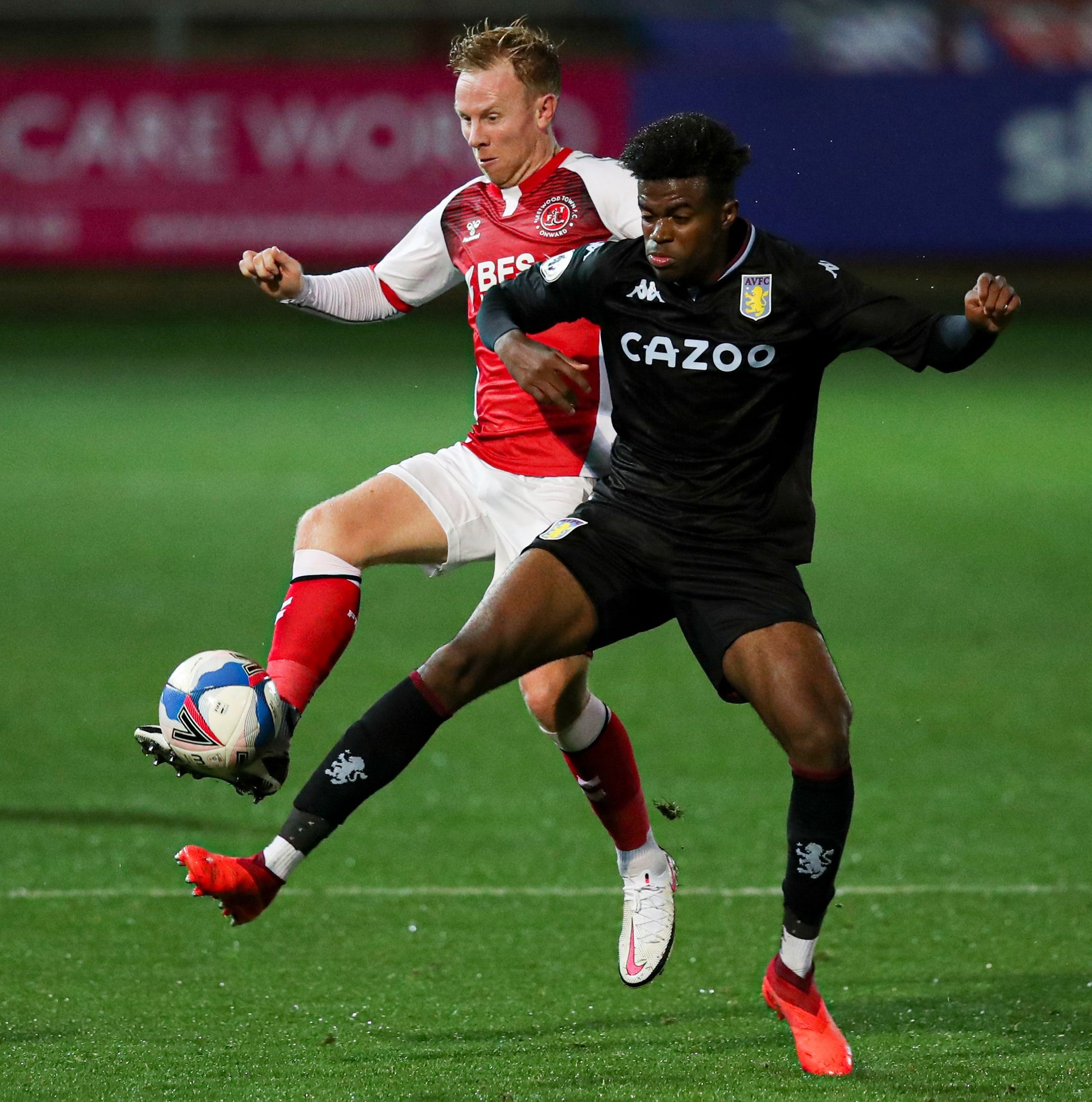 United already face competition from rivals Liverpool and Manchester City for Chukwuekmeka, who has been training with Dean Smith’s first team all season.

Now the Premier League giants are joined by Europe’s big boys who are desperate to snap up the cream of England’s crop after Jude Bellingham’s move to Borussia Dortmund last summer.

United were in the running for Bellingham but lost out to the Bundesliga giants and will want to avoid a repeat.

They have been keeping tabs on him for over a year with the starlet still part-time last season.

Chukwuemeka – a 6ft 1in powerhouse who plays in the No10 role – is tipped for Premier League action soon and signed a three-year deal at Villa Park in October.

But that hasn’t stopped Juve, Bayern and Co from queuing up to capture the player described as ‘the best 16-year-old in England’ by Villa chief Christian Purslow last year.

United are keen to make Chukwuemeka part of their youth revolution under Ole Gunnar Solskjaer as they look to snap up the world’s best young talent.

The Villa man would join Amad Diallo and Facundo Pellistri – now loaned out to Deportivo – in the latest crop of big-money youth stars to arrive at Old Trafford.

Chukwuemeka was unable to play for Villa’s brave young side who were forced to face Liverpool in the FA Cup last month as he was part of the group who had to self-isolate.

Villa coaches were disappointed the jewel in their crown could not take the stage as the fledgling team went down 4-1.

Chukwuemeka’s older brother Caleb is with Sky Bet League One strugglers Northampton – with Villa snapping Carney up from the Cobblers aged just 13.

Man City wanted him back then but the Austrian-born Chukwuemeka chose Villa for a clearer path to first-team football.

Now he is tipped to follow in the footsteps of Jack Grealish to make his breakthrough at Villa Park – with the world’s top clubs watching every move.