MANCHESTER UNITED fans think they dodged a bullet by not signing Dayot Upamecano after his horror showing vs Liverpool in the Champions League on Tuesday.

The Red Devils were heavily linked with the RB Leipzig centre-back but they were beaten to him by Bayern Munich. 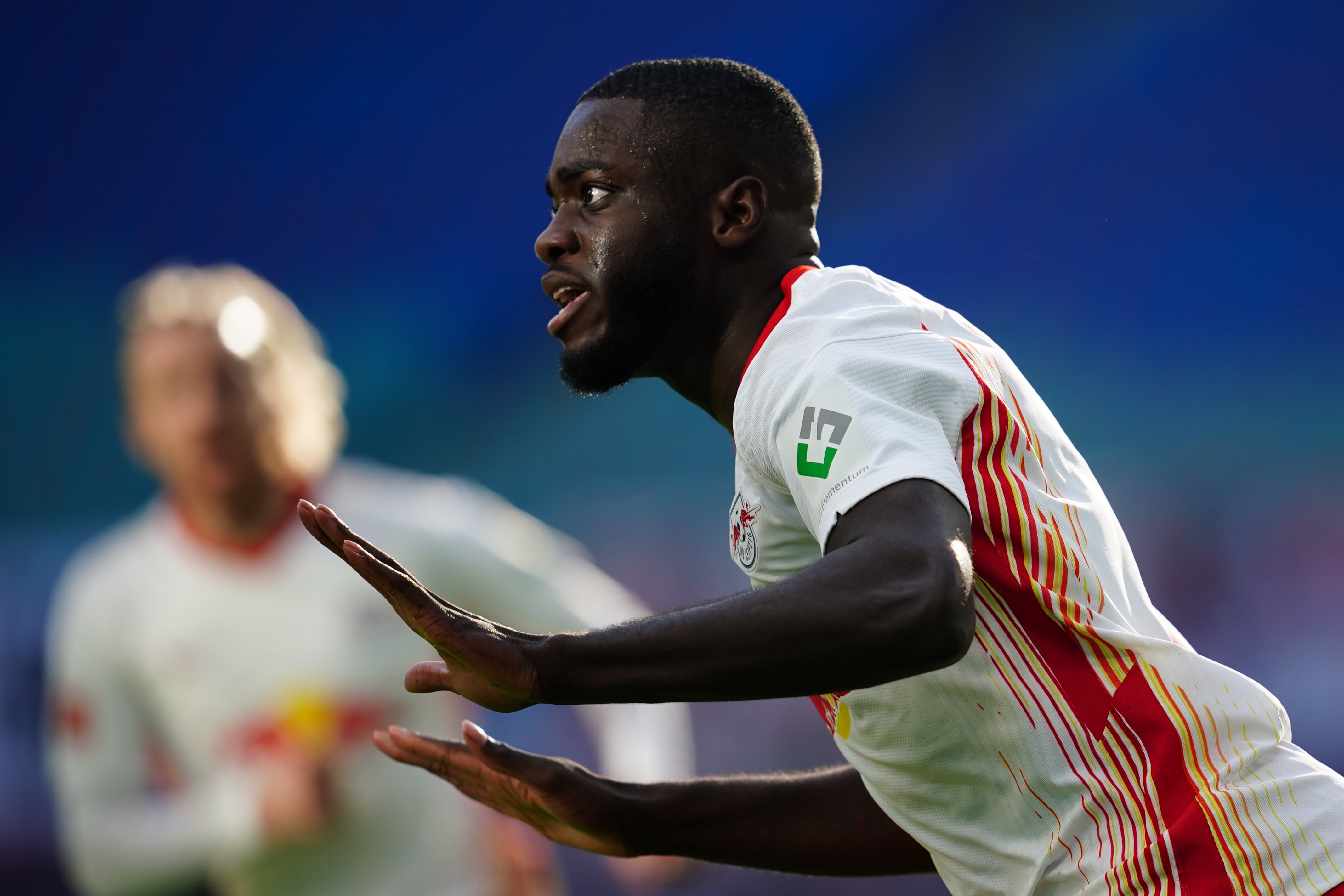 Man Utd fans were not impressed with Dayot Upamecano’s performance vs LiverpoolCredit: EPA

Frenchman Upamecano will join the German champions at the end of the season in a £37million deal.

Several Premier League clubs including Liverpool and United were linked with him.

However, his performance for Leipzig in their 2-0 defeat to Liverpool in the first-leg of their last-16 Champions League tie in Budapest had United fans thanking their lucky stars.

The 22-year-old’s positioning was awful and he was not much better on the ball and although he was not at direct fault for either Mo Salah’s or Sadio Mane’s goals, the France international looked far from a £37m player.

United fan Mark Goldbridge wrote: “Looking at it United might have dodged a bullet with Upamecano.”

John added: “Upamecano is weef man. Looks like Bambi on a football pitch.”

Jake wrote: “Upamecano is awful, what are Bayern thinking?”

And Paul quipped: “Only seen him a few times but Upamecano looks like a B-Tech Titus Bramble.”

Looking at it United might have dodged a bullet with Upamecano

Only seen him a few times but Upamecano looks like a Btec Titus Bramble ?

Upamecano is awful, what are bayern thinking?

Upamecano is weef mate??? looks like bamby on a football pitch

And former United centre-back Rio Ferdinand was not impressed either.

He told BT Sport: “The defenders for Leipzig were horrendous.

“Upamecano has got a big reputation, just signed for Bayern Munich, horrendous he was today.

“He looked like he had already been in the Bayern dressing room it seemed.”

Quick Covid tests set to be sent to 400,000 homes and businesses a DAY in nationwide check up surge