HARRY MAGUIRE reckons people are misguided if they think Ole Gunnar Solskjaer is too much of a Mr Nice Guy.

There is a perception among some outside the club that boss Solskjaer does not have the tough edge to drive Manchester United back to the top. 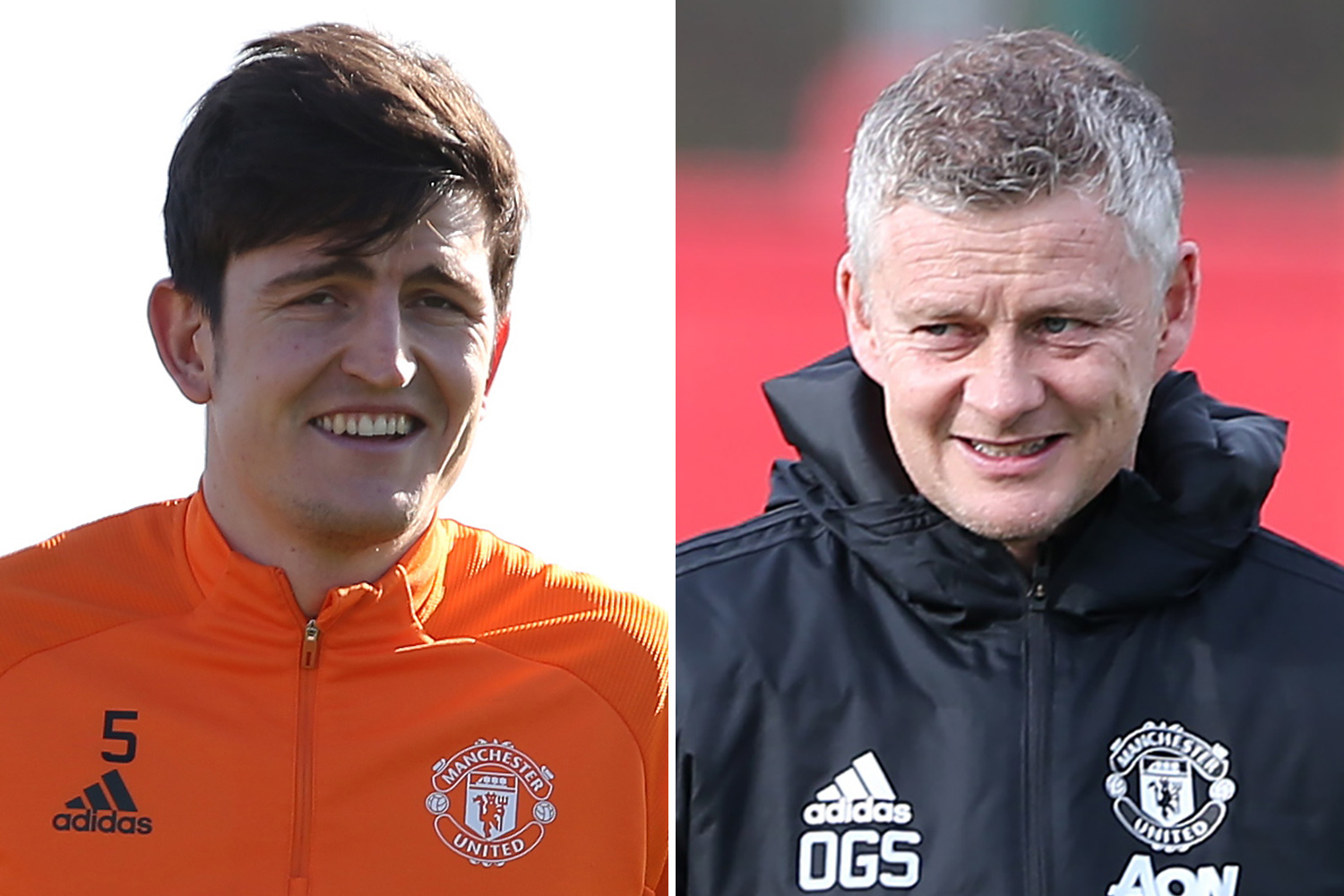 But captain Maguire claims that is simply not the case.

“But he’s also got the side of him where he can turn when he needs to and when the players need a little telling-off.”

Solskjaer made Maguire captain in January last year after Ashley Young’s departure to Inter Milan and the pair have a good relationship as they plot a course for United to get back to winning trophies.

Maguire explained: “We’re close. We speak a lot before training and before games.

“I give my ideas to him on how I feel the group is and the mentality of the team.

“Also what we can improve on and where we can go as a club — and he’s exactly the same.

“I’m doing everything I can to be a successful captain.

“Obviously the main thing is to start lifting trophies and start winning football matches on a more continuous, consistent basis. I really demand a lot.”

The Three Lions defender’s tough mentality comes from when he was a youngster playing football with his two brothers.

He said: “We had a very competitive childhood in the garden, kicking each other all the time — and digging up my dad’s turf!

“My mum wasn’t too happy. But my dad was a footballer himself, who played in non-league and he just loves his football.

“The football was always on the TV and we grew up with it.

“Everything we did was so competitive, whether it was football or without it.

“Losing hurts. It hurts a lot now, it hurt when I was a kid as well. It’s hard to bounce back from losing but you also get that with more experience.”

That losing feeling is not something United have had of late.

They have been defeated in just one of their last 17 games and ended Manchester City’s incredible 21-match winning run on Sunday with a 2-0 derby victory at the Etihad.

Next up it is AC Milan tomorrow at Old Trafford in the first leg of their last-16 Europa League tie.

Maguire was thrilled when the draw matched his team against another of the great names in European football.

He added: “When I was growing up, AC Milan were a massive club.

“The San Siro is an iconic stadium, so when we got drawn and people told us about who we got, it was an exciting tie.

“It’s going to be a great match to be involved in and a great tie to play in.”

Guardiola and Solskjaer are caught in a heated touchline exchange

The Celebrity Circle: What happened during Tuesday’s launch episode?