SUNDAY’s news that 12 of the world’s biggest clubs want to break away to form a ‘European Super League’ has been met by anger and derision by true fans of the game.

Among the breakaway dozen are Manchester United, Arsenal and Chelsea. 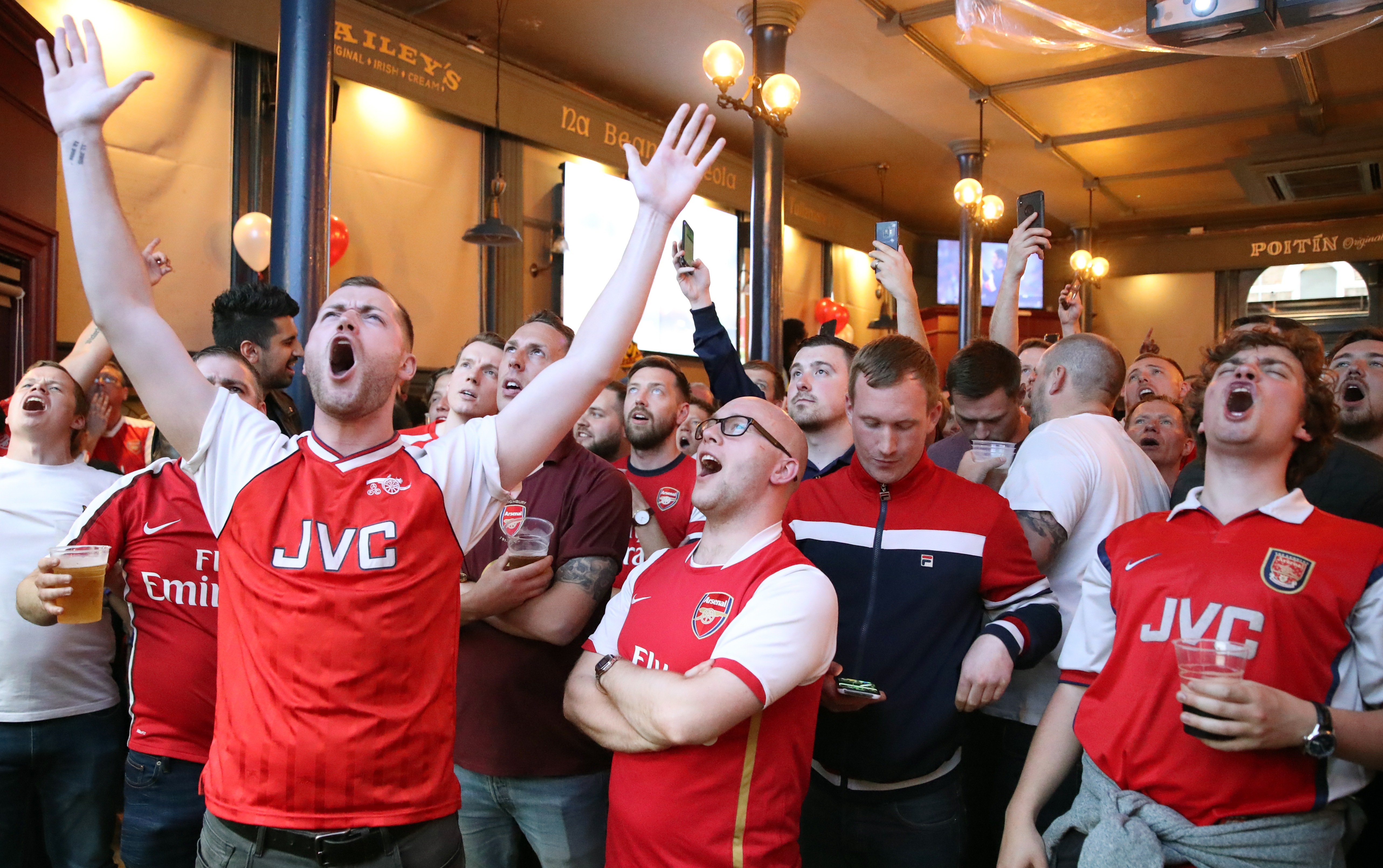 Football fans are in uproar at the controversial European Super LeagueCredit: Reuters 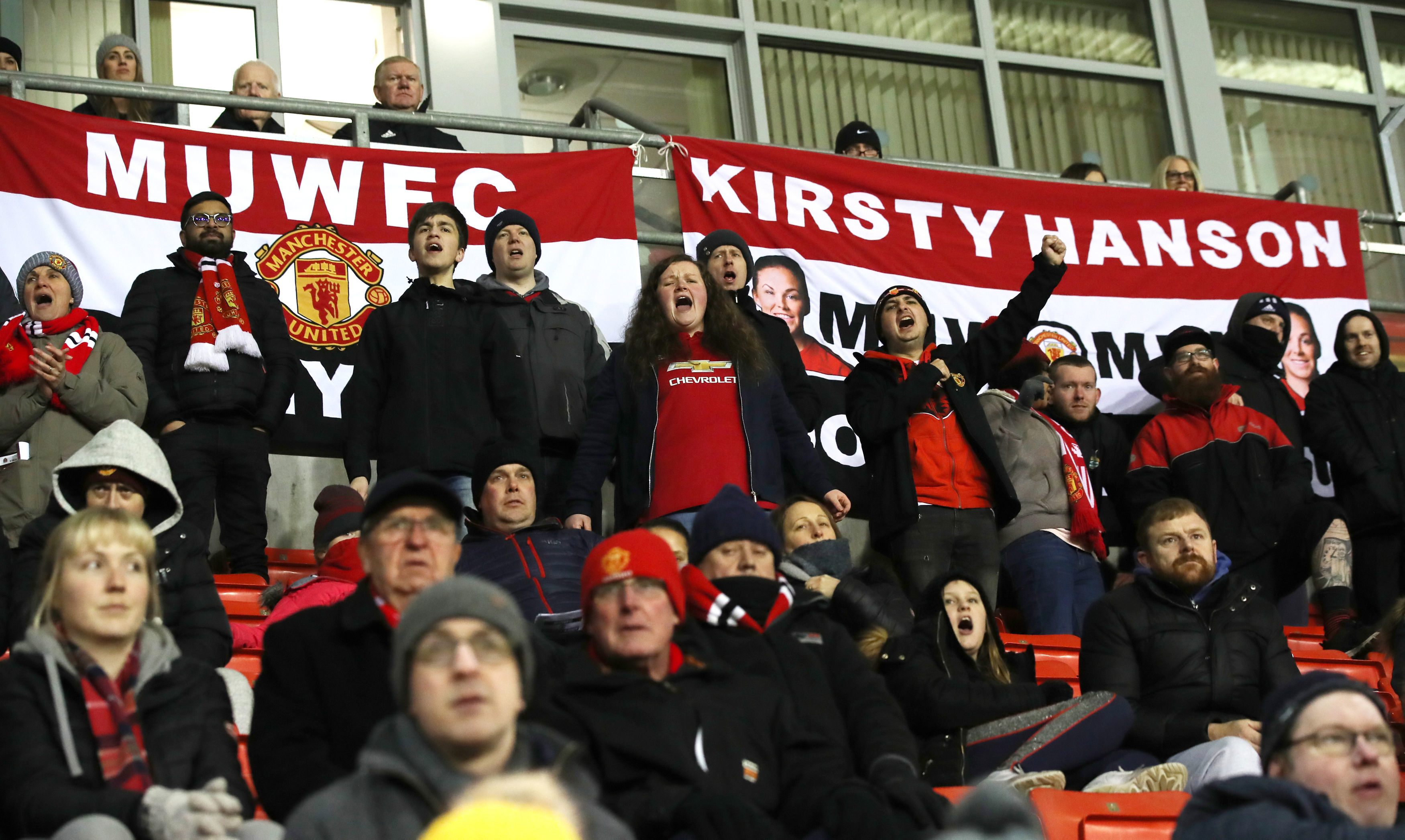 Manchester United supporters are among those fumingCredit: PA:Press Association

And fans of the elite trio are fuming at the decision, which threatens to kill football’s ‘magic’.

Here’s what our trio of fan experts have had to say.

United fans have felt disillusioned with the club since the Glazer family took over in 2005.

It has felt in many ways, that we would reach this point, but to do it in the current economic climate, only really highlights what we already knew about the owners!

They’ve no affinity, understanding, or love for the club they control. They’re intent on taking as much as they can out of our great club, with very little care or consideration to the values on which it was built and made it great in the first place.

We’ve seen over the last 12 months that football is nothing without fans. There’s a banner inside Old Trafford which says exactly that.

Joel Glazer is rarely heard, and is now in a position of even greater power, where he intends to dictate what he thinks is best for domestic and European football.

Make no mistake, this is all about money and making the rich, richer. What can we do?

If there weren’t so many social distancing restrictions I wouldn’t be surprised to have seen protests outside Old Trafford and the grounds of other ‘big six’ members last night.

The players are the bridge between clubs and fans and it’s time for both to unite and stop this immediately. 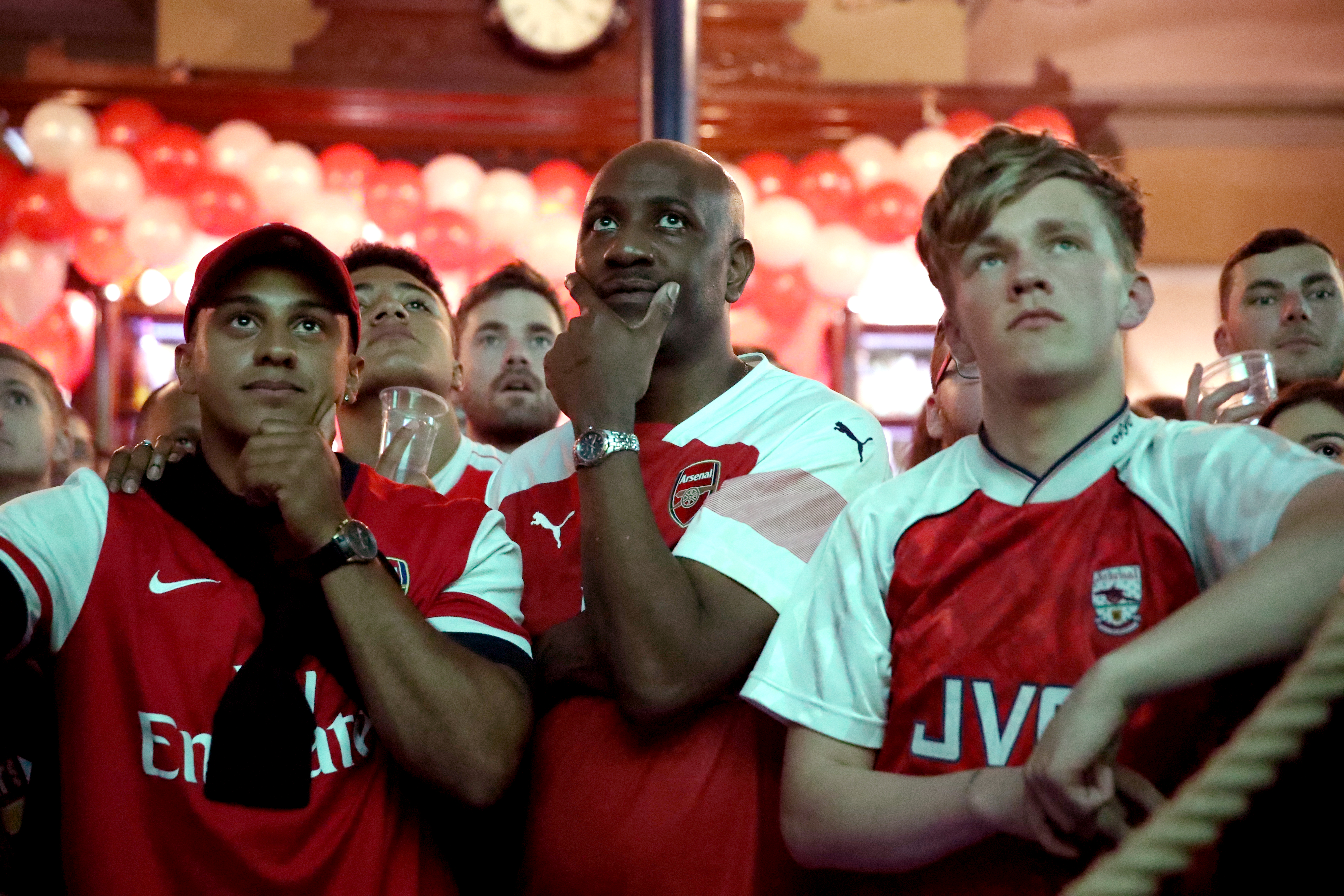 Arsenal fans are dead against the new leagueCredit: Reuters

When asked for an instant reaction to Arsenal’s stated intention to be a founder and ‘permanent’ member of the proposed ESL, the first word that is printable is APPALLED! Sadly, the second thought, is NOT SURPRISED.

For most match going fans, which I proudly am, supporting Arsenal is about so much more than our owners comprehend.

It is about meeting friends, debating tactics, having a beer, local rivalries, the terrace humour, so instant and intuitive and of course, the history of it all. It may be called the Premier League now, but it is still just the top division of four, as it always has been.

Not surprisingly, for the owners of the so called ‘Big Six’, it is about nothing more than increased commercial revenue.

Ironic, that I have secretly admired KSE for wanting Arsenal to be self-sustaining and not throwing cash at the club, seeing it as being true to the class and traditional values.

I know it was naive, wishful thinking, but I clung to that hope, that ultimately this would still be my Arsenal, but I was wrong.

This concept, which offers no promotion or relegation for the founders is NOT sport.

Sport should always have competition and reward on merit at the core. So, the ESL is an entertainment proposal and not a sports proposal, and I can watch great films or shows that will be more entertaining.

I pray this proves to be simply an aggressive opening bargaining gambit, but even if it proves to be just that, I still feel betrayed. 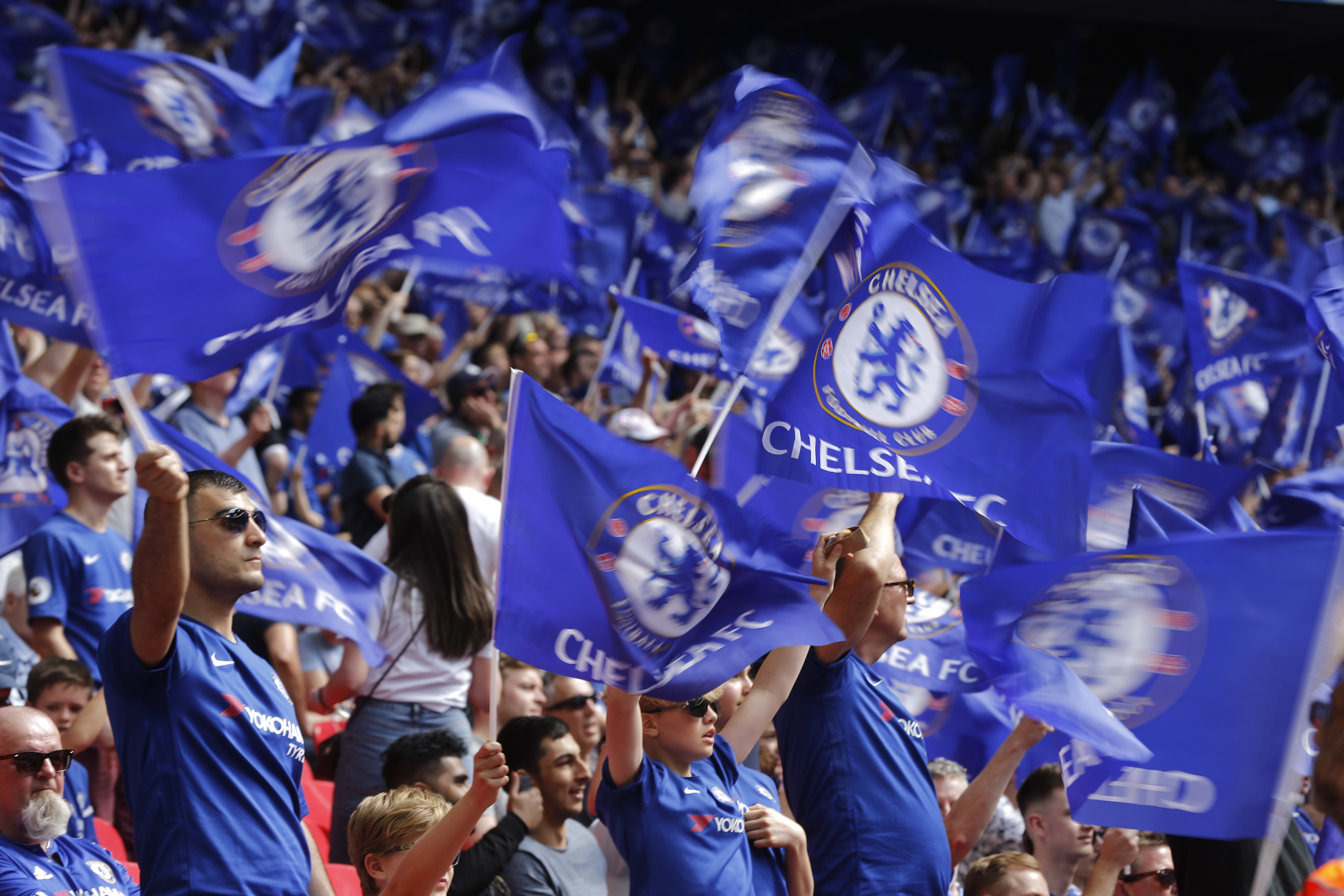 Chelsea fans could rally against the breakaway competitionCredit: AP:Associated Press

The year was 1997, it was a very cold and windy day in Norway, and it
stands in my head as one of the best ever memories I’ve had supporting
Chelsea so far.

Chelsea were playing Tromso in the Cup Winners’ Cup competition, and the
snow was hammering down.

As we went 2-0 down to the minnows, Channel 5 commentator Jonathan
Pearce belted out ‘It’s snow joke for Chelsea’, and those words stick in my
mind to this present day.

We lost 3-2 to Tromso, a team who would have struggled against League Two sides, and although we lost the game, the magic of the match, fighting
back and scoring two vital late away goals on a snow covered pitch, and
knowing that would be enough to go through, made it one of the happiest
memories I hold.

We of course went on to win that competition. But facing the minnows,
playing against electricians and builders, that is what football is all about.

These famous household names rolling into a town like Tromso, it’s
absolutely magical. 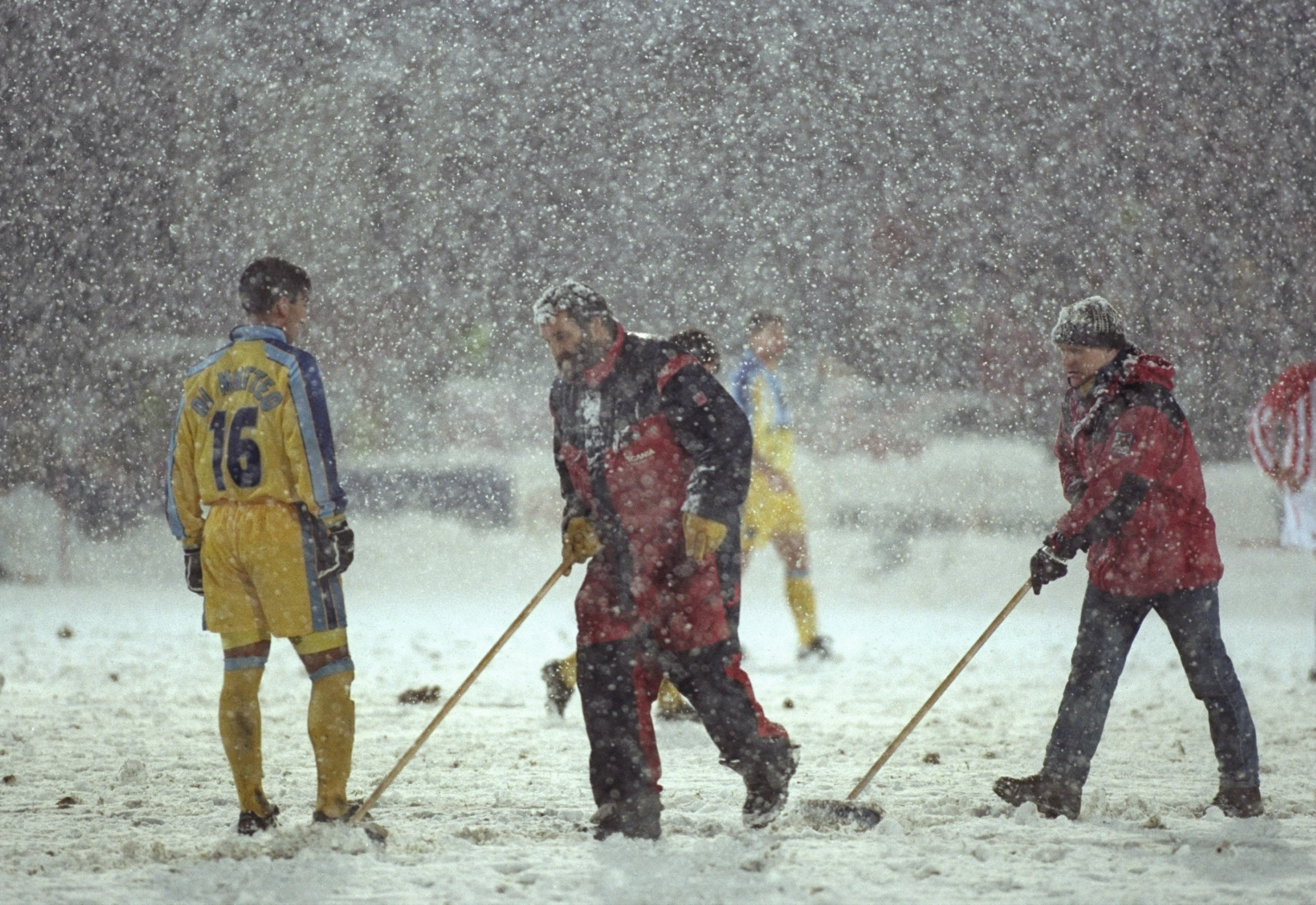 Kiss goodbye to moments like that if this new proposed European Super
League is started.

Chelsea are one of the clubs confirmed to be joining this league, and if it
does go ahead, it will feel like the end of football as I personally know it,
what I have personally grown up loving.

This move will pull professional football so far away from grassroots
football and the magic will die. The roots of millions of football pitches all
around Europe will die off and the grass will turn yellow.

European Super League explained: Which clubs involved, how many matches would be played and what about Champions League?