SERGIO AGUERO is expected to start his bid to earn a new Manchester City deal tomorrow.

The club’s 256-goal all-time leading scorer has less than six months remaining on his current contract and is free to talk to other clubs. 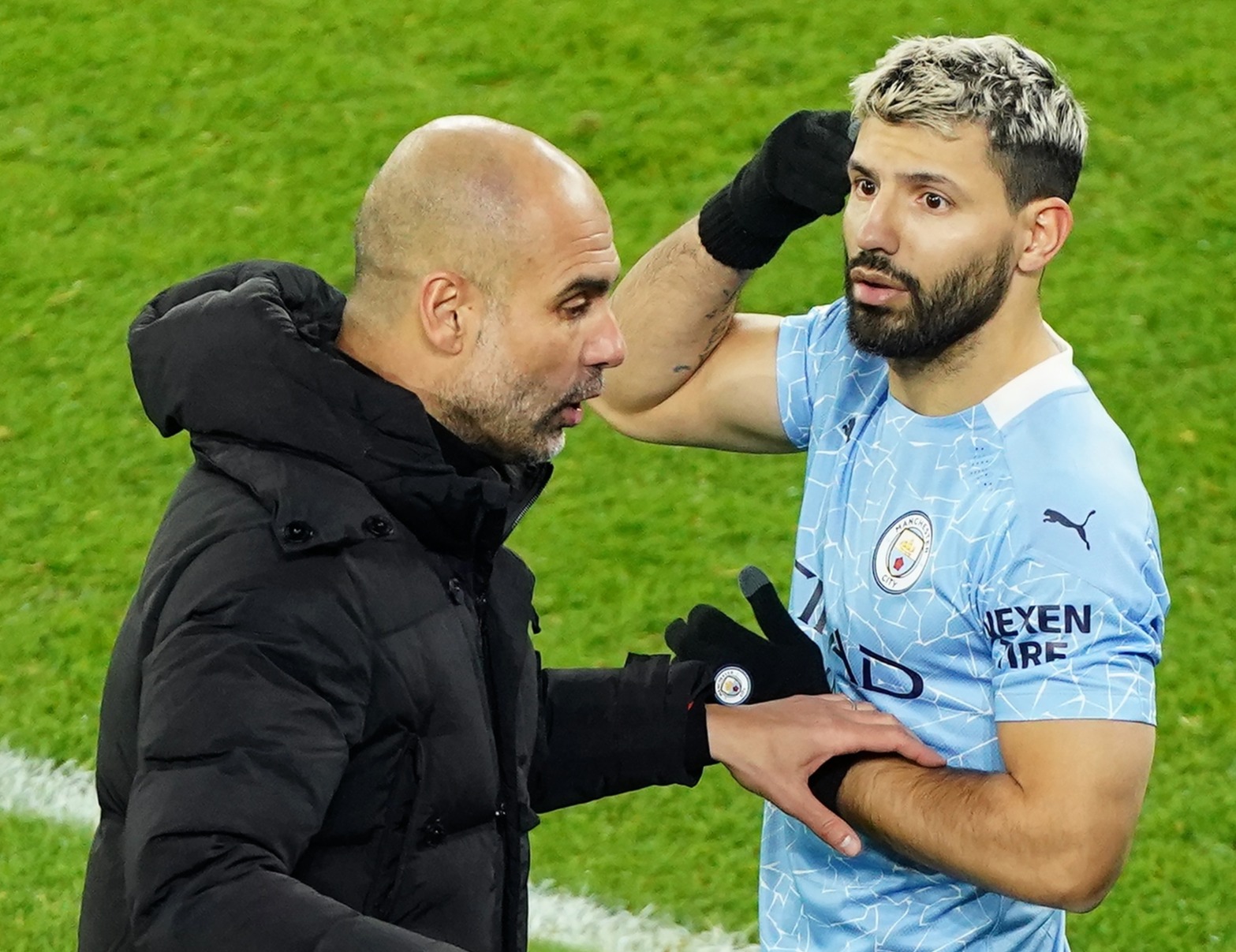 Pep Guardiola insists Sergio Aguero, 32, needs to earn his new contract as he goes into the final six months of his Etihad dealCredit: Getty Images – Getty

Sources close to the Argentine striker say he would like to stay — but has heard nothing from City.

New Paris Saint-Germain coach Mauricio Pochettino is among a host of top bosses watching the situation with interest.

Aguero has started just three matches so far this season and made six appearances as a sub as City chief Pep Guardiola eases him back in following his summer knee surgery.

But Pep plans to start the 32-year-old in tomorrow’s FA Cup tie against Birmingham at the Etihad.

Guardiola, 49, said: “With the players in this part of the season, everything is open.

“Like with managers. We have to win our positions or we’ll be sacked. With Sergio, there’s only me knows how much I miss him.

“He is unique but he’s had a tough injury, really tough. The important thing is his mood is exceptional, better than ever.

“He is an important part of the group and he is incredibly loved.

“He’s optimistic and positive, he’s been saying ‘I will do a good season, I will score a lot of goals’.”

With Gabriel Jesus out since Christmas due to coronavirus, Guardiola has played without an orthodox forward in the wins at Chelsea and Manchester United.

Aguero has made strides in his fight to return and there is optimism at the Etihad that he is approaching full fitness.

Pep added: “In the last ten days or two weeks, his knee’s reaction was really good after the training.

“What’s important is he has good quality minutes as much as possible but we start from the beginning and we will see what happens.

“It would be great to have him fit and in the best condition but we don’t want to put him under pressure. 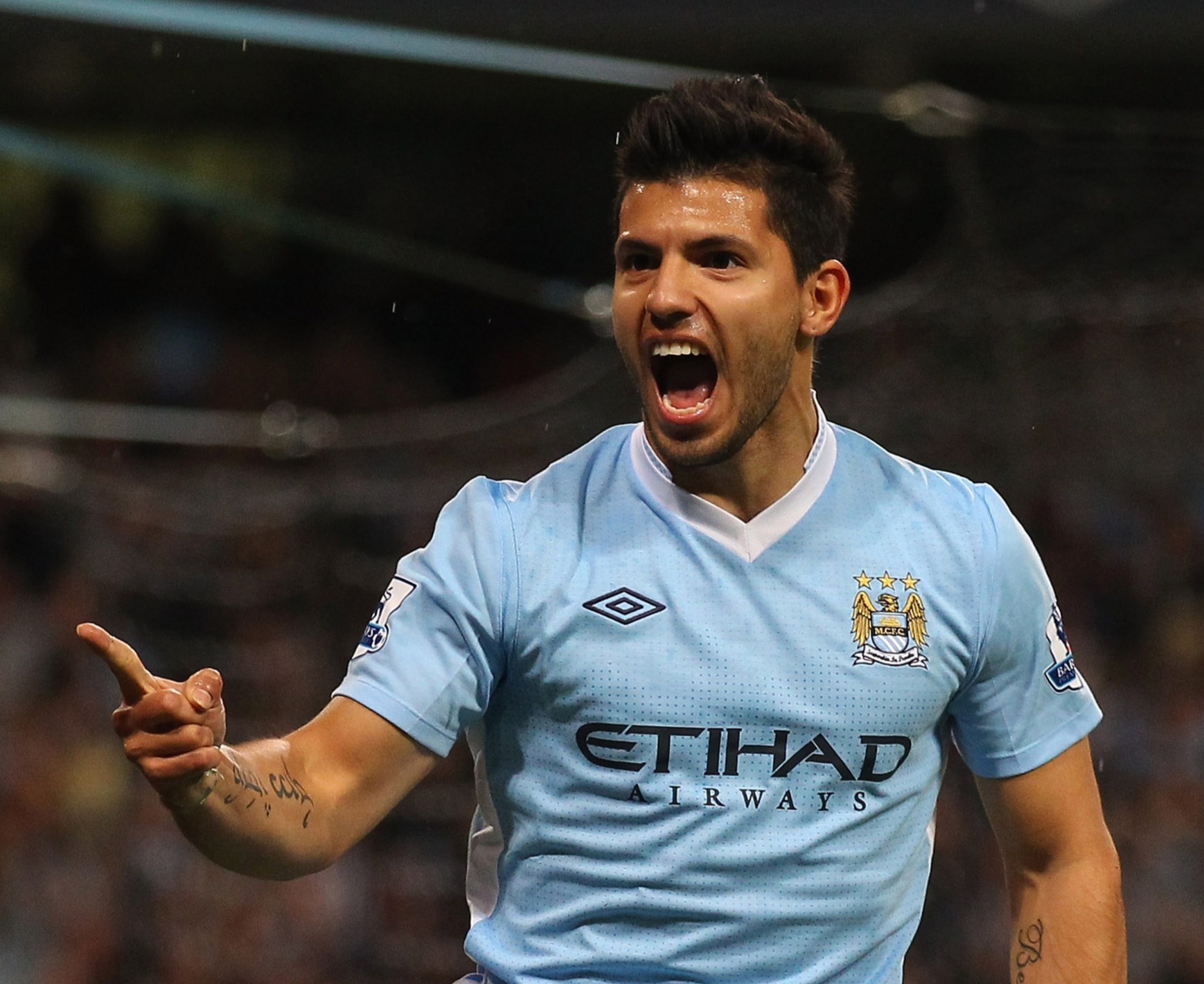 The Argentine has scored a club-record 256 goals since his 2011 arrivalCredit: Getty Images – Getty 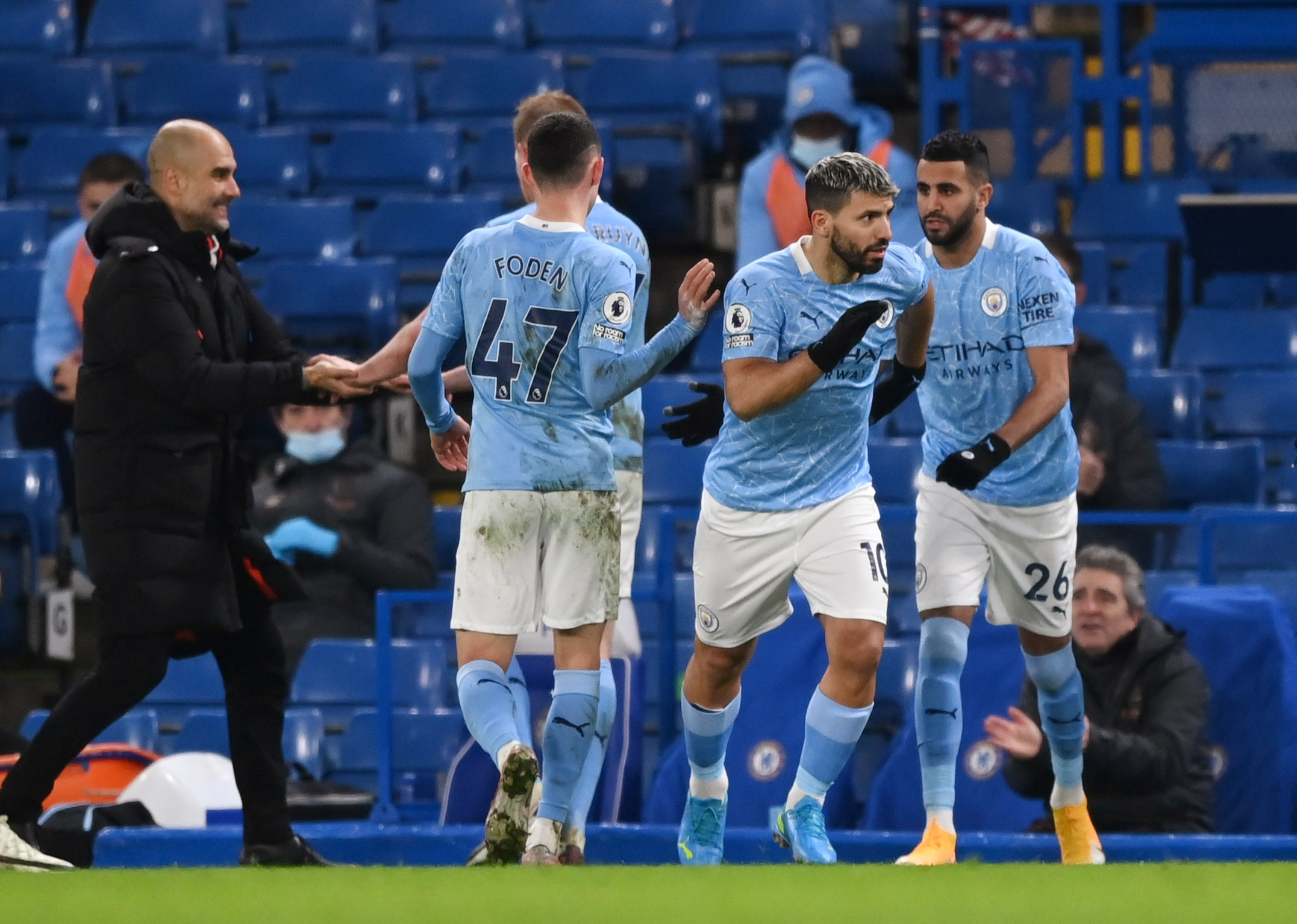 He came off the bench against Chelsea last weekend but is hopeful of a start against BirminghamCredit: Reuters

“On Thursday he trained really well, on Friday he was off but if he feels good he’s going to play.”

City may also have a dilemma over another South American in 35-year-old Fernandinho, whose contract is also running down.

The Brazilian midfielder is expected to leave in the summer but showed when he scored at Old Trafford on Wednesday that he still has plenty to offer.

Guardiola said: “All I will say is I’m impressed more than surprised with his role as captain.

“He’s leading the team in an exceptional way. I’m delighted for all the period together but especially in this season as captain.

“It’s how he talks with his mates, his coaches, before the game, at half-time. And not just with the players about football — about life, how he behaves every day in training.

“But it’s not just words. He’s the first who goes out and does it.”