AYMERIC LAPORTE suffered a World Cup scare after picking up a horror head injury in his last game before the tournament.

The Manchester City defender was left with blood pouring down his face following a clash with Brentford ace Ethan Pinnock. 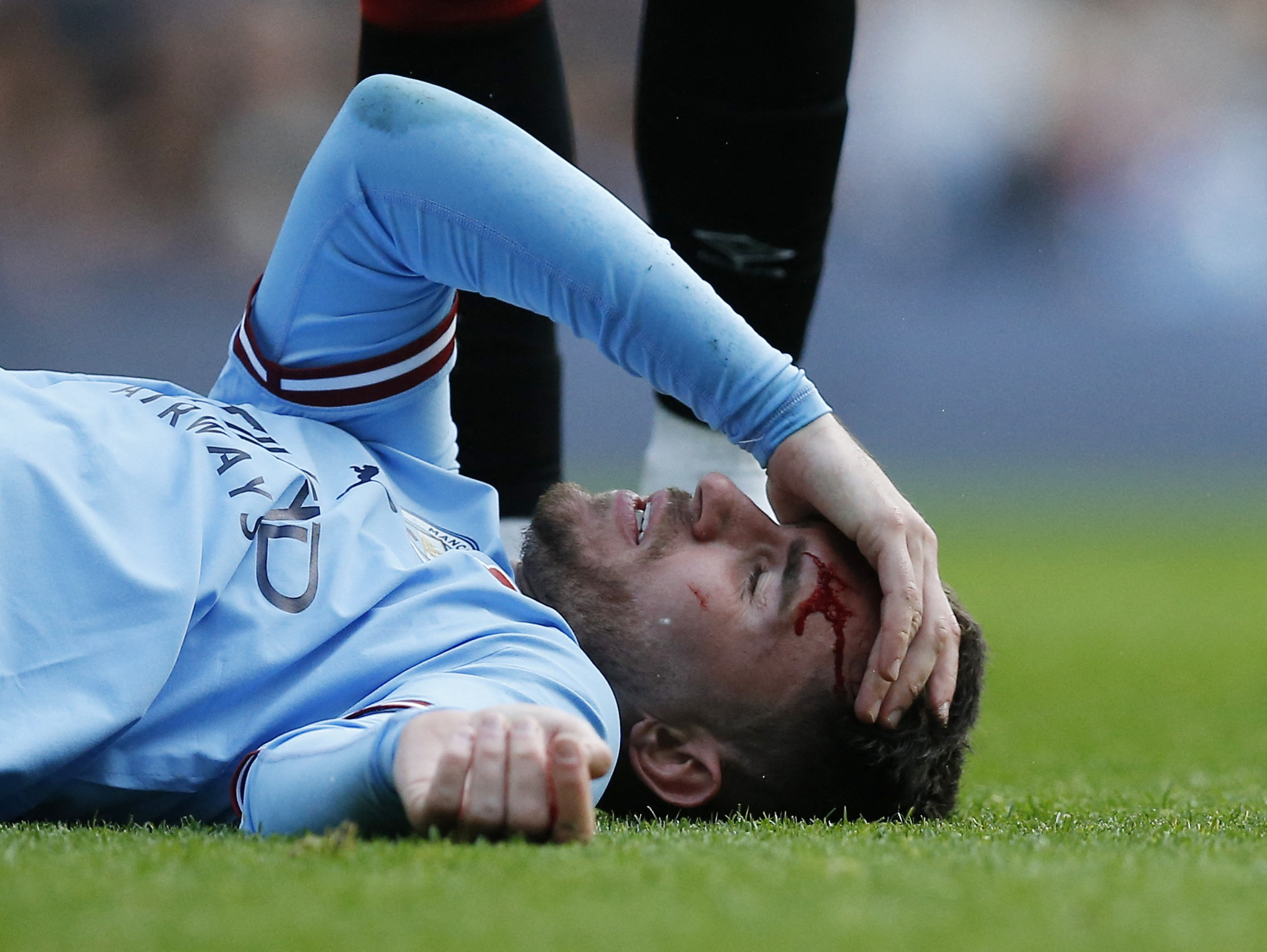 Aymeric Laporte was left bloodied after taking a whack to the faceCredit: Reuters 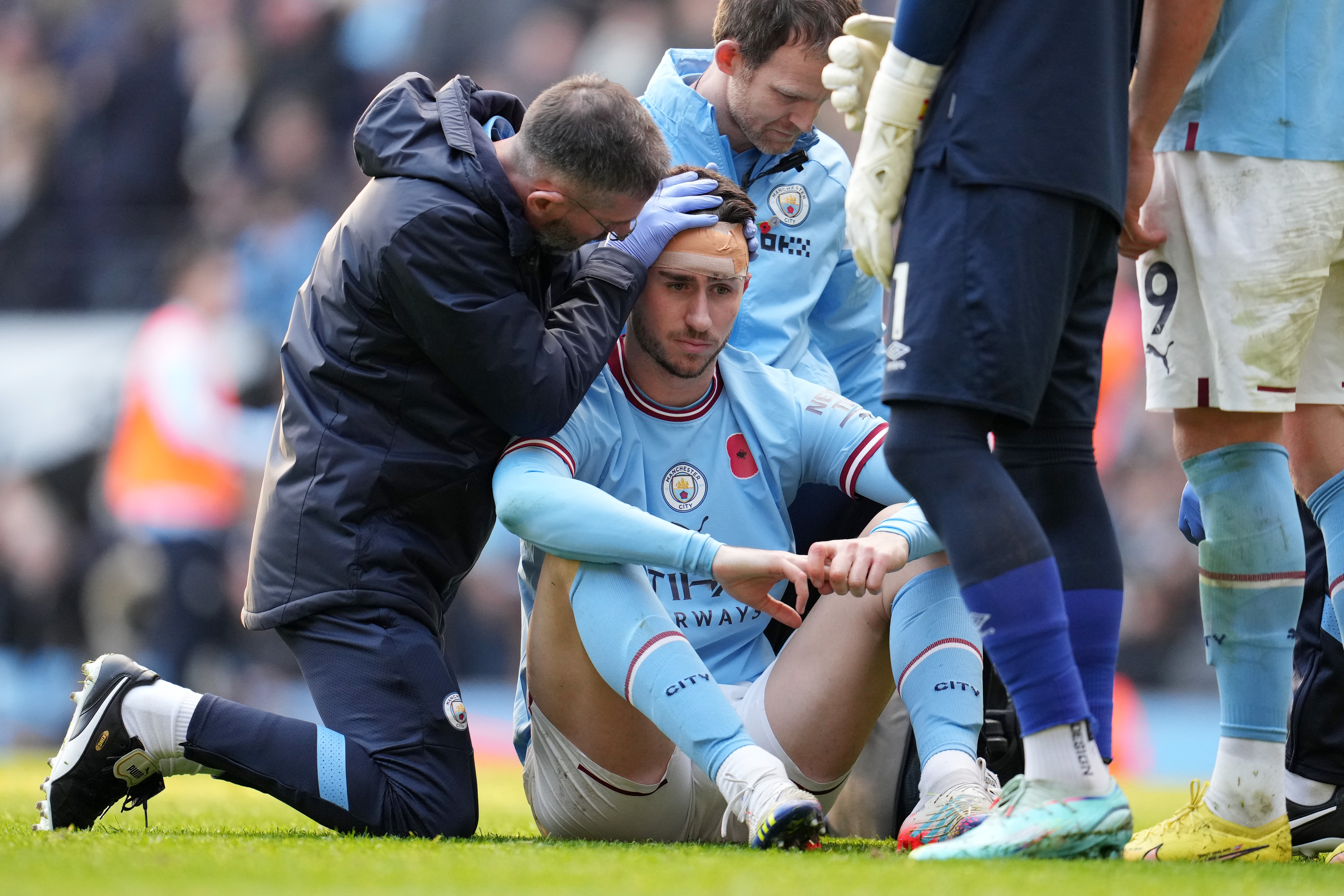 Play was halted for around 10 minutes so medics could tend to LaporteCredit: Getty 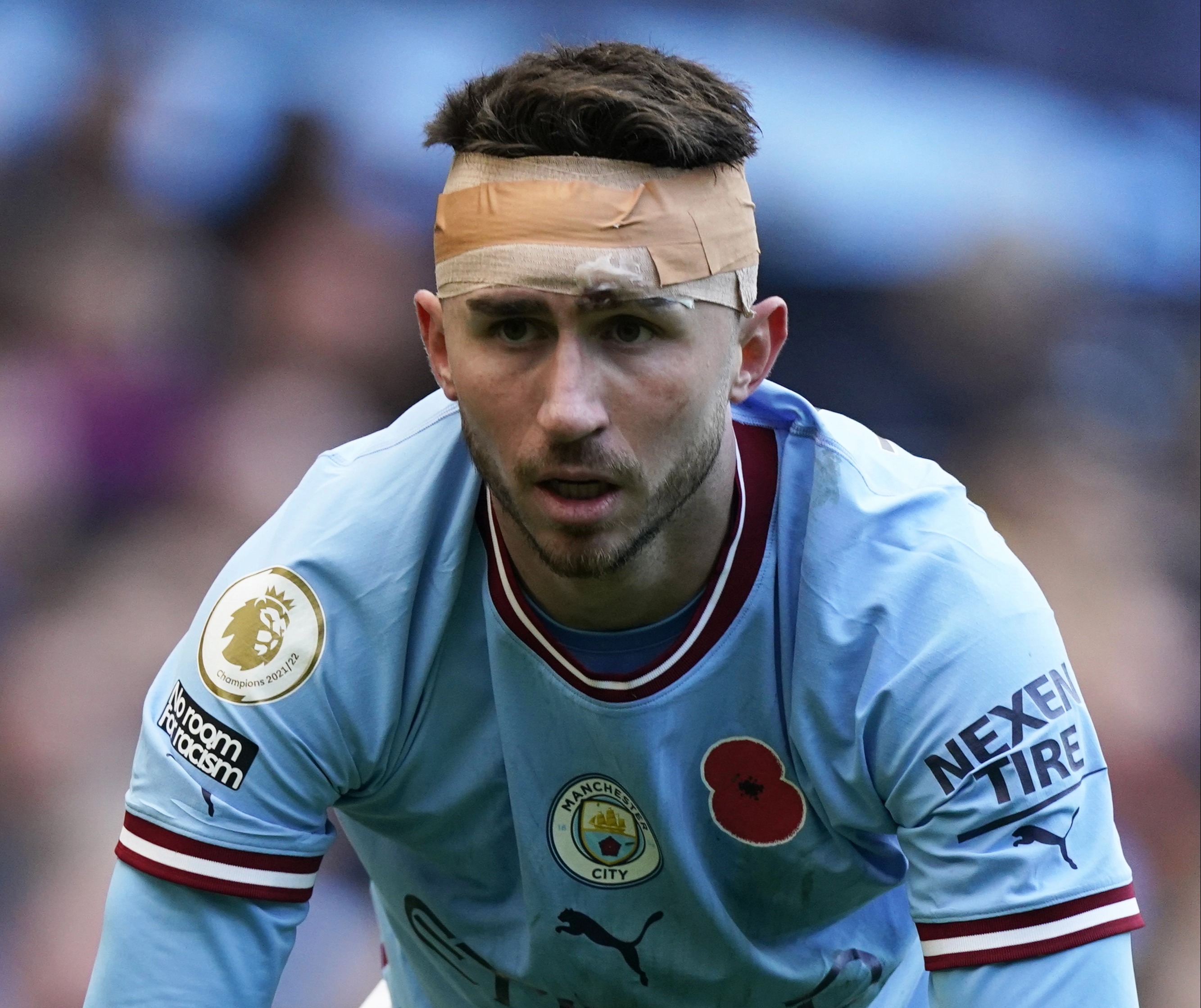 Laporte played on after being heavily bandaged upCredit: EPA

A stray elbow from Pinnock at a corner caught Laporte flush in the forehead.

The 28-year-old was sent sprawling to the ground where he lay motionless, immediately sparking concern among the players.

Play was quickly stopped to allow City medics to rush on.

The game was halted for around 10 minutes as they tended to the stricken defender.

And the way Laporte stayed down on the floor inevitably led to concerns about his World Cup involvement.

The defender has been called up to Spain’s squad for the tournament, which gets underway a week tomorrow.

Fortunately for him, and Spain gaffer Luis Enrique, Laporte managed to continue.

The 2010 champions kick off their campaign against Costa Rica, before a mouthwatering game against Germany.

Enrique and Co then finish the group stages with a clash against Japan.

And Laporte is likely to be one of Spain’s starting centre-backs, after Sergio Ramos was a shock omission from the squad.

That’s provided he didn’t pick up any lasting damage in the clash with Pinnock.

At the Etihad Bees striker Ivan Toney opened the scoring after being snubbed by Gareth Southgate for England’s squad.

Phil Foden then levelled on the stroke of half-time with a stunning half volley.

But Brentford talisman Toney netted a 98th minute winner on the break to give the visitors an incredible victory at the Etihad.

10 questions that show if you’re in a healthy relationship