HOW can you not be Madd about the boy?

It is the question many will be asking of Gareth Southgate if he continues to overlook James Maddison in this kind of form. 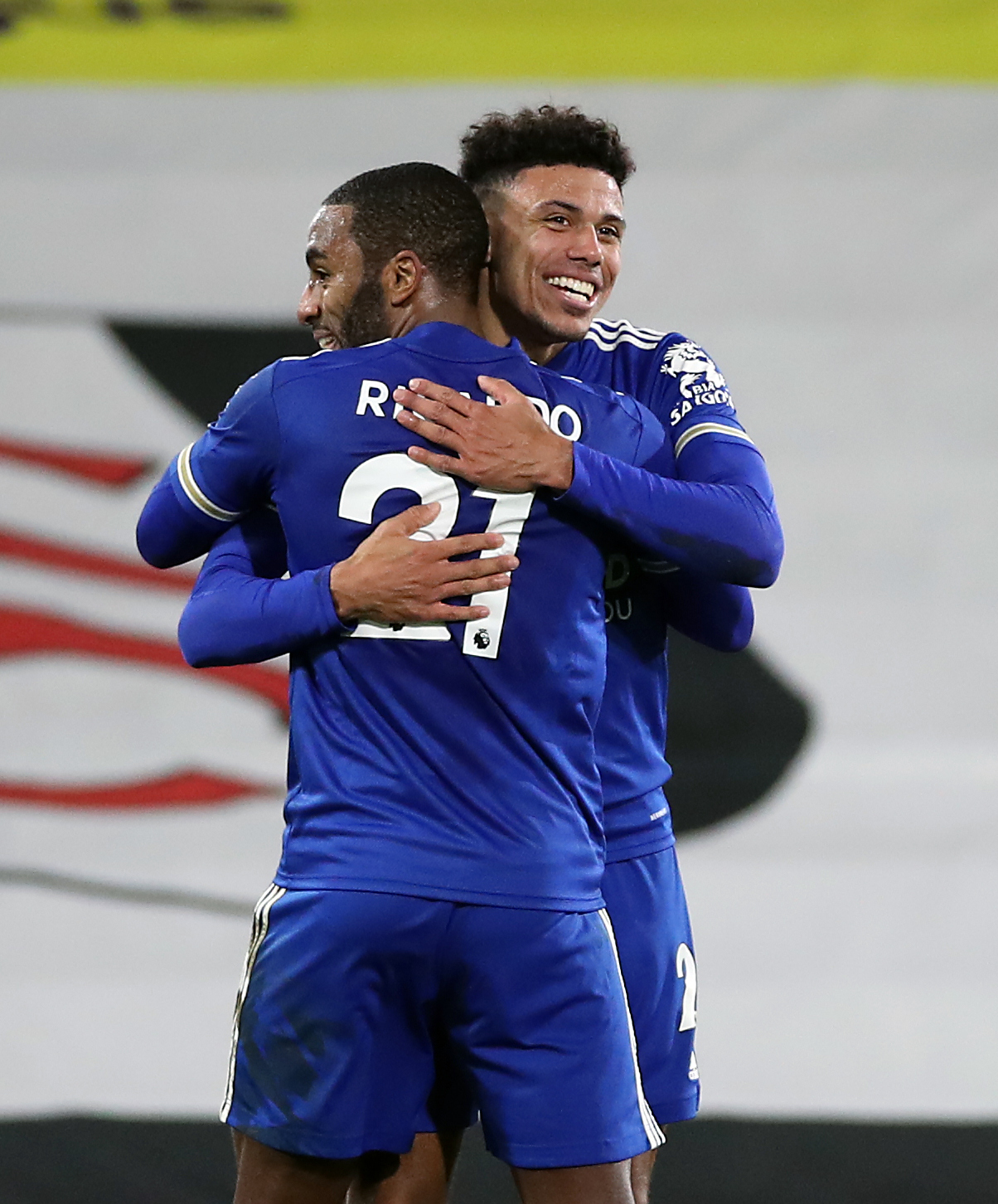 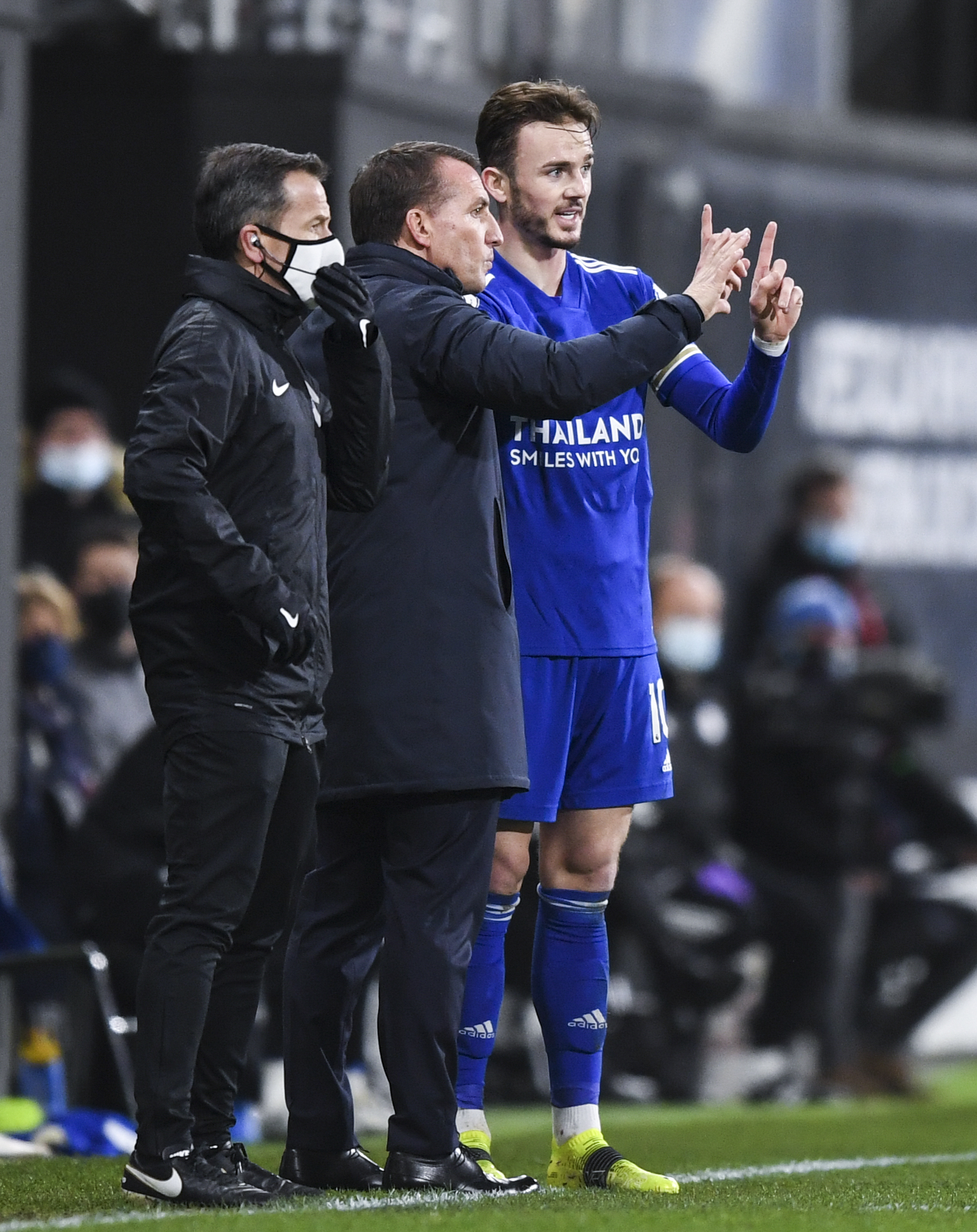 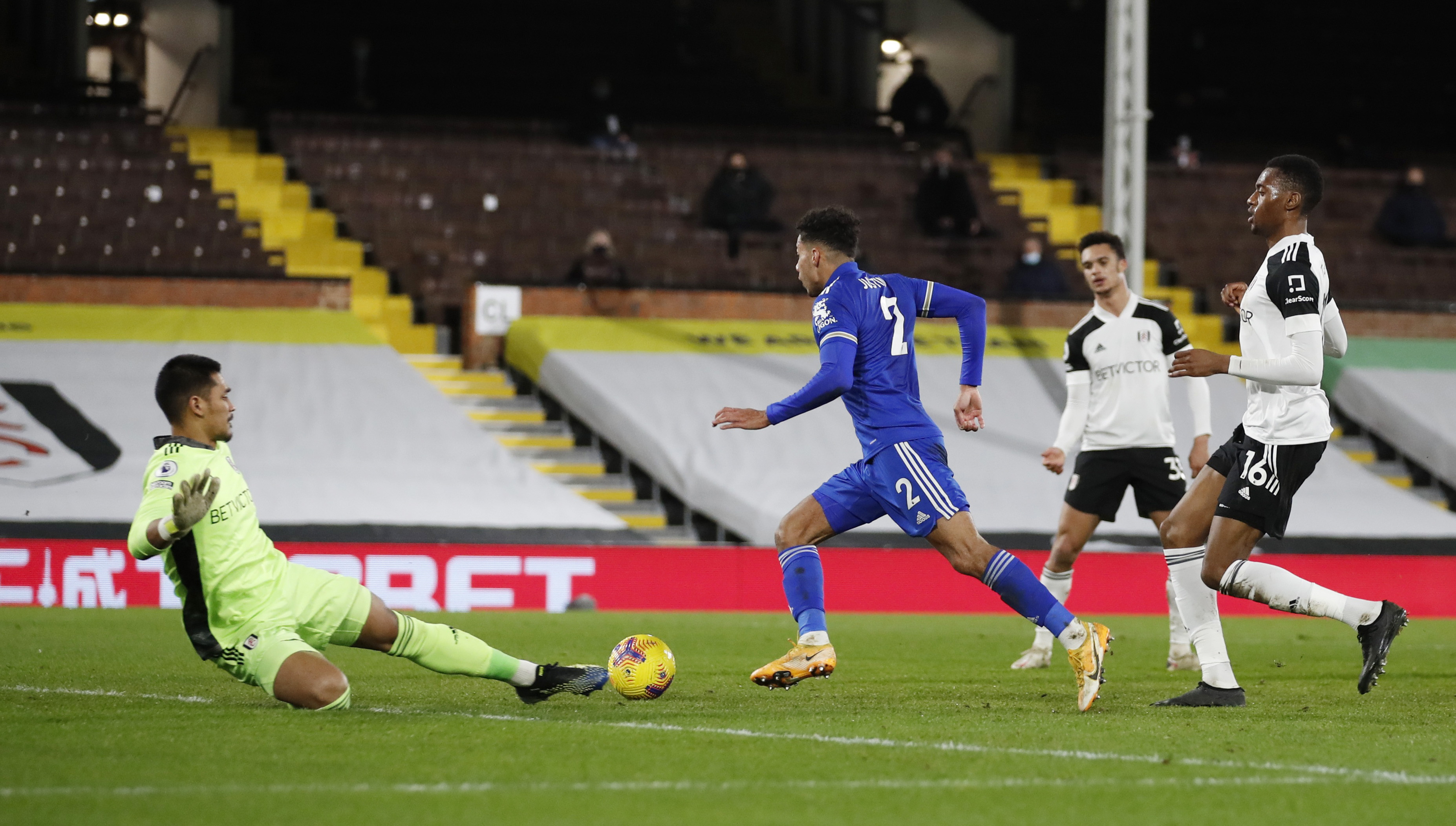 The Leicester playmaker has taken his game to another level in the last few months since shaking off a niggling hip injury which required summer surgery.

He ingeniously teed up both first-half goals here, swinging in a pinpoint cross for Kelechi Iheanacho’s opener before cleverly laying in James Justin for the second.

It took his combined total for assists and goals to 12 in the Premier League this term despite starting just 15 games.

Southgate has restricted the 24-year-old to just one England cap, which came in 2019’s 7-0 win over Montenegro.

The Three Lions boss was not impressed back then with Maddison’s ill-advised visit to a casino after pulling out of a squad through illness.

It has been a long road back since but surely the creative midfielder must be in Southgate’s thoughts again ahead of the March World Cup qualifiers.

Maddson’s engaging post-match telly interview after last month’s man-of-the-match display against Chelsea hinted at how he has matured.

The ex-Norwich and Coventry man talked about how he had heeded pundit Jamie Carragher’s advice to improve his goal return.

While he showed how he is willing to put in the hard yards as “you don’t play for Brendan Rodgers without doing the dirty work”.

The Foxes boss must take huge credit in Maddison’s improvement, developing him into a player who delivers nigh-on every game, as he did here. 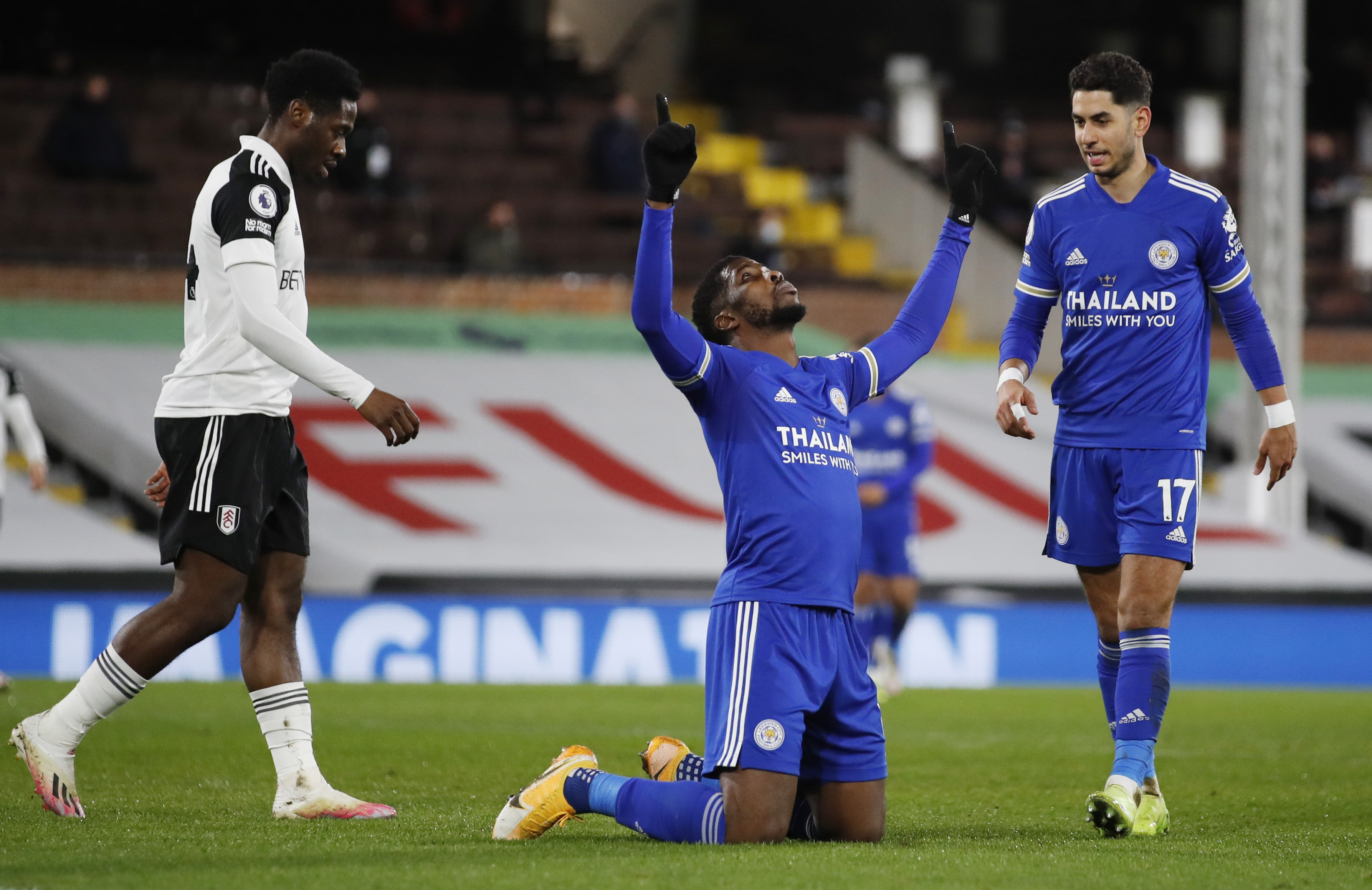 Kelechi Iheanacho notched in the absence of an injured Jamie VardyCredit: Reuters

Rodgers was without a number of stars in Jamie Vardy, Wesley Fofana, Timothy Castagne and Wilfred Ndidi.

It continued what has been an injury-hit season for the Foxes – making their sustained title challenge that much more impressive.

Maddison warned of his quality with a long-range effort ten minutes in which Alphonse Areola held.

Aleksandar Mitrovic then blew an early chance to grab the lead when his close-range effort from Andre-Frank Anguissa’s cutback was blocked.

There was little between the sides until Maddison’s moment of quality on 17 minutes. 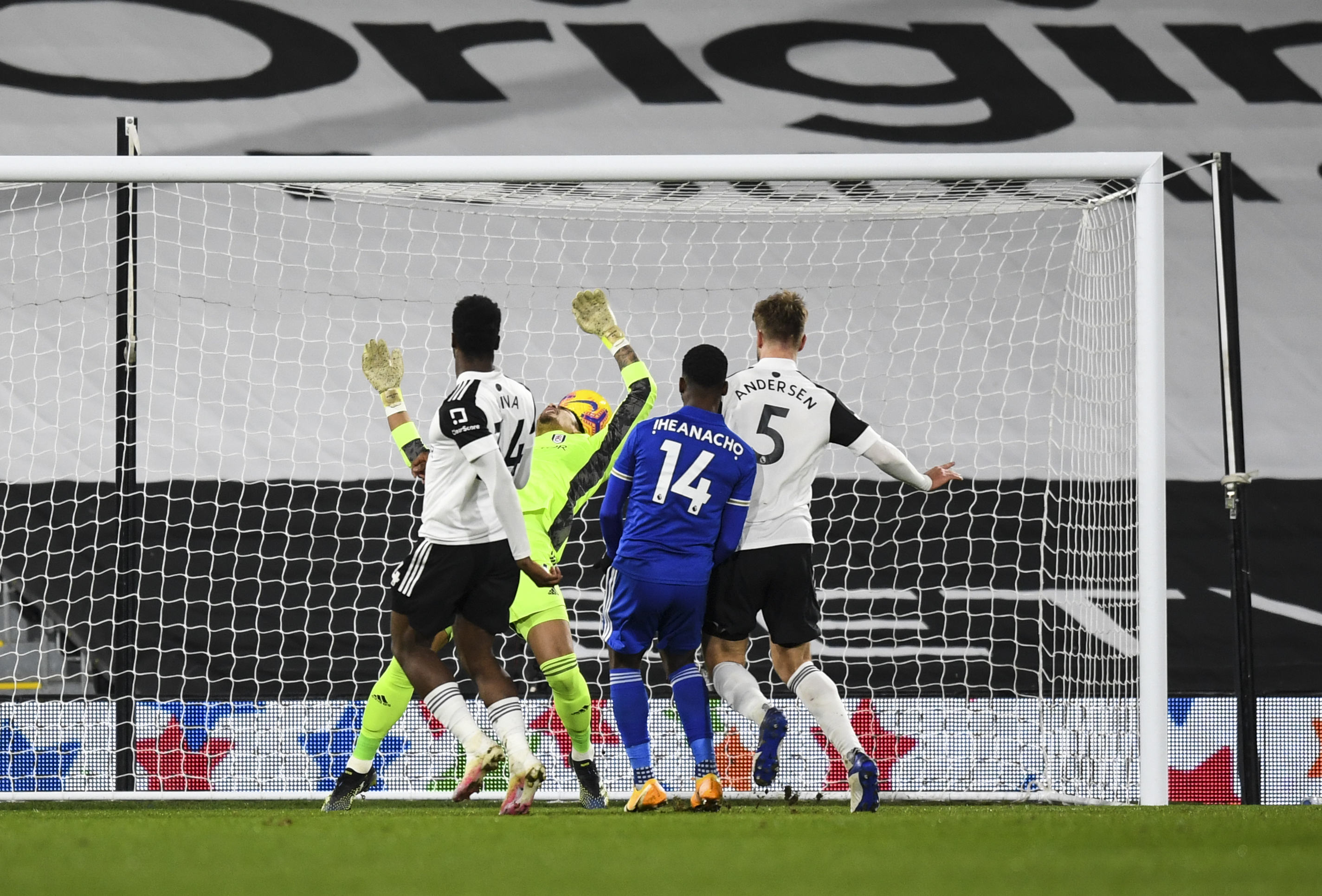 He took one touch and whipped in a ball with such accuracy and pace that Iheanacho could not miss, nodding past a helpless Areola.

Fulham’s stopper then showed why he has turned out for Real Madrid and Paris Saint-Germain as he brilliantly repelled Soyuncu’s volley at the back post.

Parker’s side remained a threat and were rueing another close call as defender Tosin – who has recently dropped his last name, Adarabioyo – saw a free header brilliantly tipped over by Kasper Schmeichel.

The Cottagers conceded a second at the worst possible time when Maddison slipped in Justin just before the break.

Leicester’s Mr Versatile has had a fabulous season – one which Southgate is keeping a close eye on – and continued it by rounding the keeper and slotting home.

Harvey Barnes almost added a third ahead of the interval when sent haring towards the Fulham box thanks to an excellent Youri Tielemans tackle – but could not beat Areola.

With the gap to safety already seven points, Parker knew he had to act.

He did so by replacing Anguissa and Kenny Tete at half-time for the more dynamic Mario Lemina and Ivan Cavaleiro.

The latter did cause some alarm when shooting low from just outside the box, but his shot fizzed past the wrong side of the post.

In truth, the second half was so comfortable that Rodgers withdrew Barnes with 14 minutes to go and gave the returning Ricardo Pereira and Caglar Soyuncu a much-needed, full 90.

Fulham’s top scorer Bobby DeCordova-Reid threatened to cut the deficit inside the final ten minutes, but his shot was repelled by Justin’s brave block.

Parker always said it would be a “massive achievement” if Fulham stayed up and with 17 games left to play, it is hard to disagree.

Meanwhile, Leicester look back in business after the weekend’s setback to Leeds – thanks to England hopeful Maddison.

Southgate has an embarrassment of riches in his attacking options.

Phil Foden, Jack Grealish, Marcus Rashford, Raheem Sterling, Jadon Sancho and more are all vying for a place in his attack alongside captain Harry Kane.

Yet with the way Maddison is playing, there is an argument to be had that not only should he be included among them – but starting ahead of them too.

Mother ‘took friend on outing to murder her daughter’s boyfriend’