LUKE SHAW knows he is drinking in the last chance saloon with England — but promises he will never betray Gareth Southgate’s trust again.

The Manchester United left-back made his long-awaited return during Sunday’s 2-0 World Cup qualifying win in Albania. 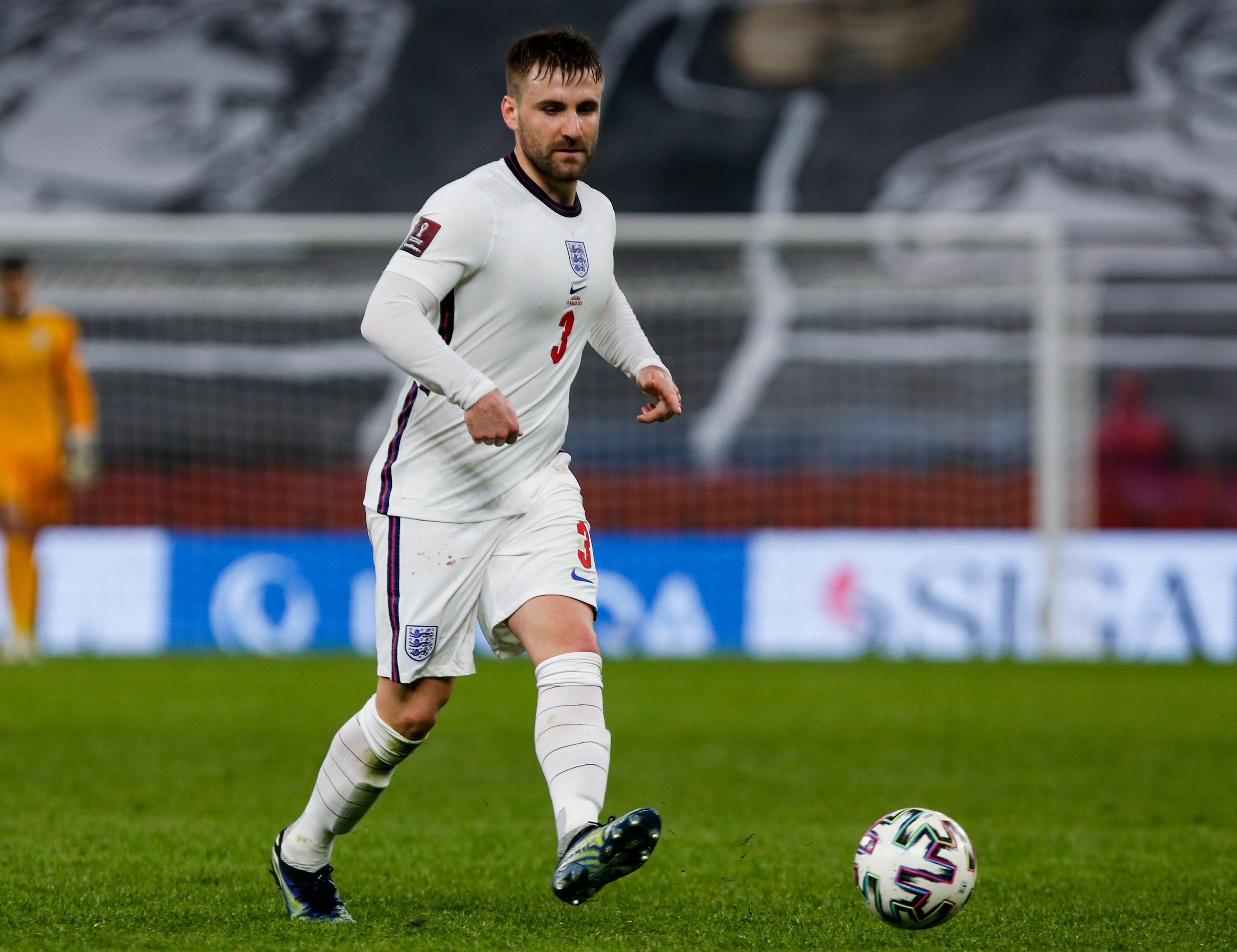 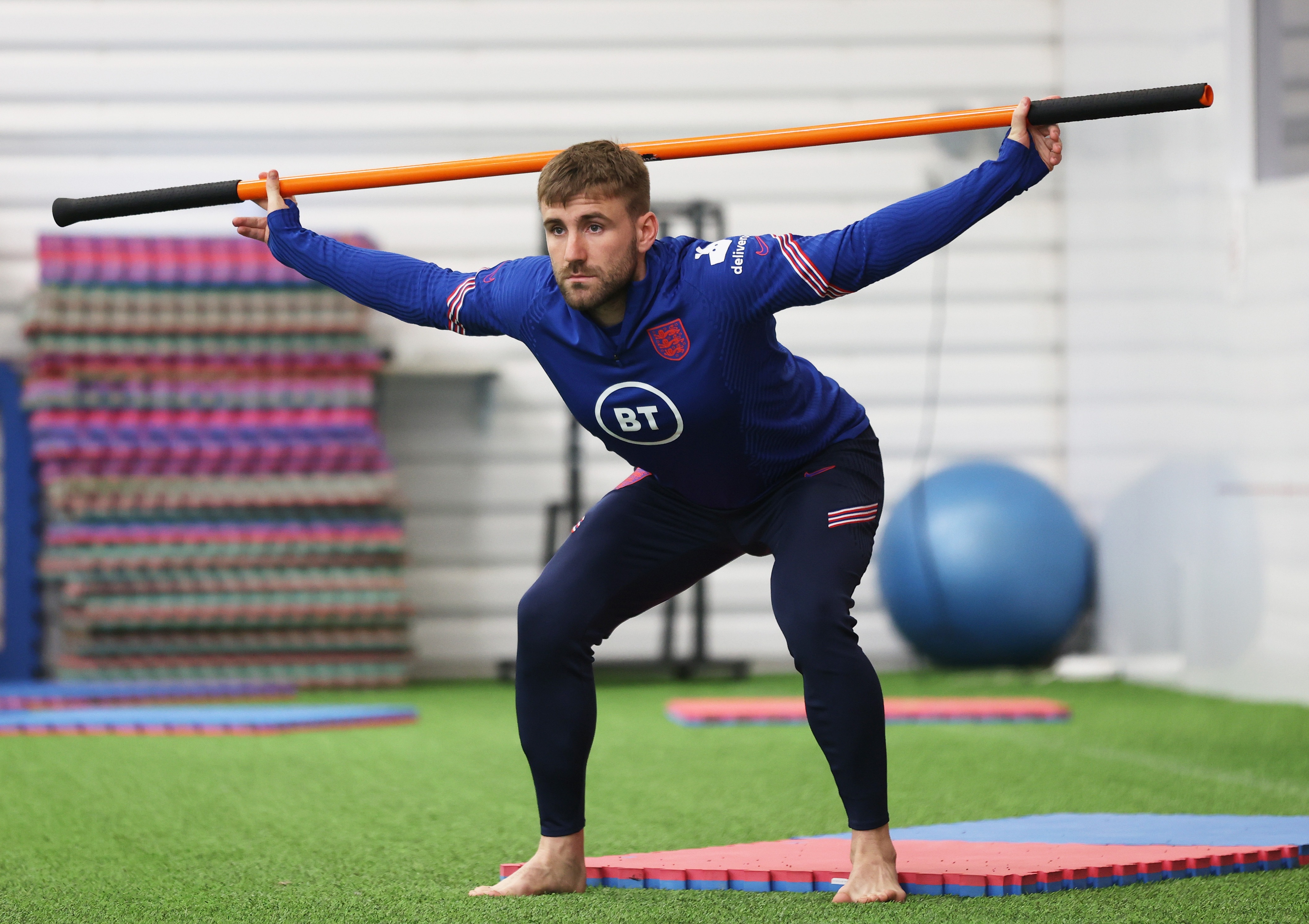 Yet that was only the ninth senior cap for a player who made his Three Lions debut more than seven years ago and played at the 2014 World Cup.

And Shaw, 25, is the first to acknowledge that he only has himself to blame for that startling lack of game time.

Because the one-time world’s most expensive teenager — at £33million when he joined Manchester United from Southampton in  June 2014 — had earned himself a reputation for crying off at the last minute.

In fact he had performed so many late withdrawals over the years that he had reached the stage where his family feared he would never represent his country again.

So it was hardly surprising that he felt such relief at completing the full 90 minutes on Sunday and delivering the cross for Harry Kane’s breakthrough goal in Tirana.

Ahead of Wednesday’s crunch Wembley clash with Poland, he confessed:

“I have some massive regrets about my England career and I couldn’t stop thinking about the mistakes I had made in the past. I have pulled out of a lot of squads and I was letting the boss down because maybe I wasn’t in the best condition around that time.

“The last time I played before Sunday was against Spain in 2018 and I’ve given it so much thought over the past two years. 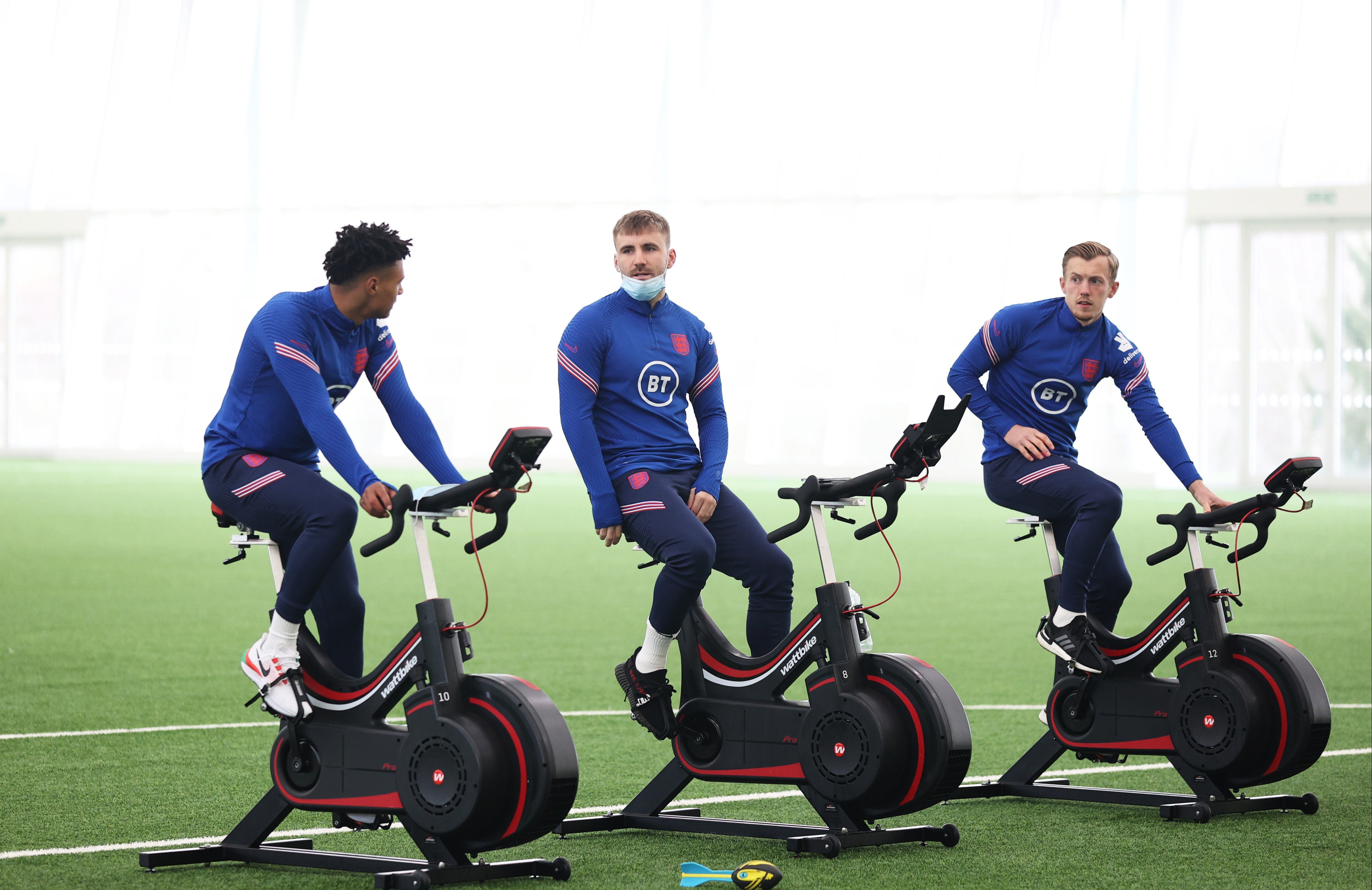 Shaw, 25, is working hard to grasp his opportunityCredit: Getty

“I tried to keep in touch with the manager just to let him know that things have changed, but I had a few discussions with my family and they thought that maybe I wouldn’t get back into it.

“But deep down I always believed that if I worked hard I could earn a recall and Gareth has given me another chance so now I need to prove to him that I want to be a part of this squad.

“I remember watching the last World Cup and seeing how well the squad was doing and it really made me want to get involved.

“Maybe at that time I wasn’t mentally right. I had injury problems but maybe they were ones that could have been dealt with.”

Shaw knows that it was never his ability which was his in question as much as his fitness and commitment to playing for his country.

He has withdrawn from six senior squads and fives times with the Under-21s due to a various series of minor niggles…  and often played for his club the very next week.

Southgate was  squirming with embarrassment when he was prevented by Manchester United from explaining the reasons for Shaw’s absence from his squad to play at the Under-21 Championships in 2015 — thought at the time to be concussion suffered in a game against  Crystal Palace.

And the situation hardly improved when Southgate took charge of the senior team the following year. 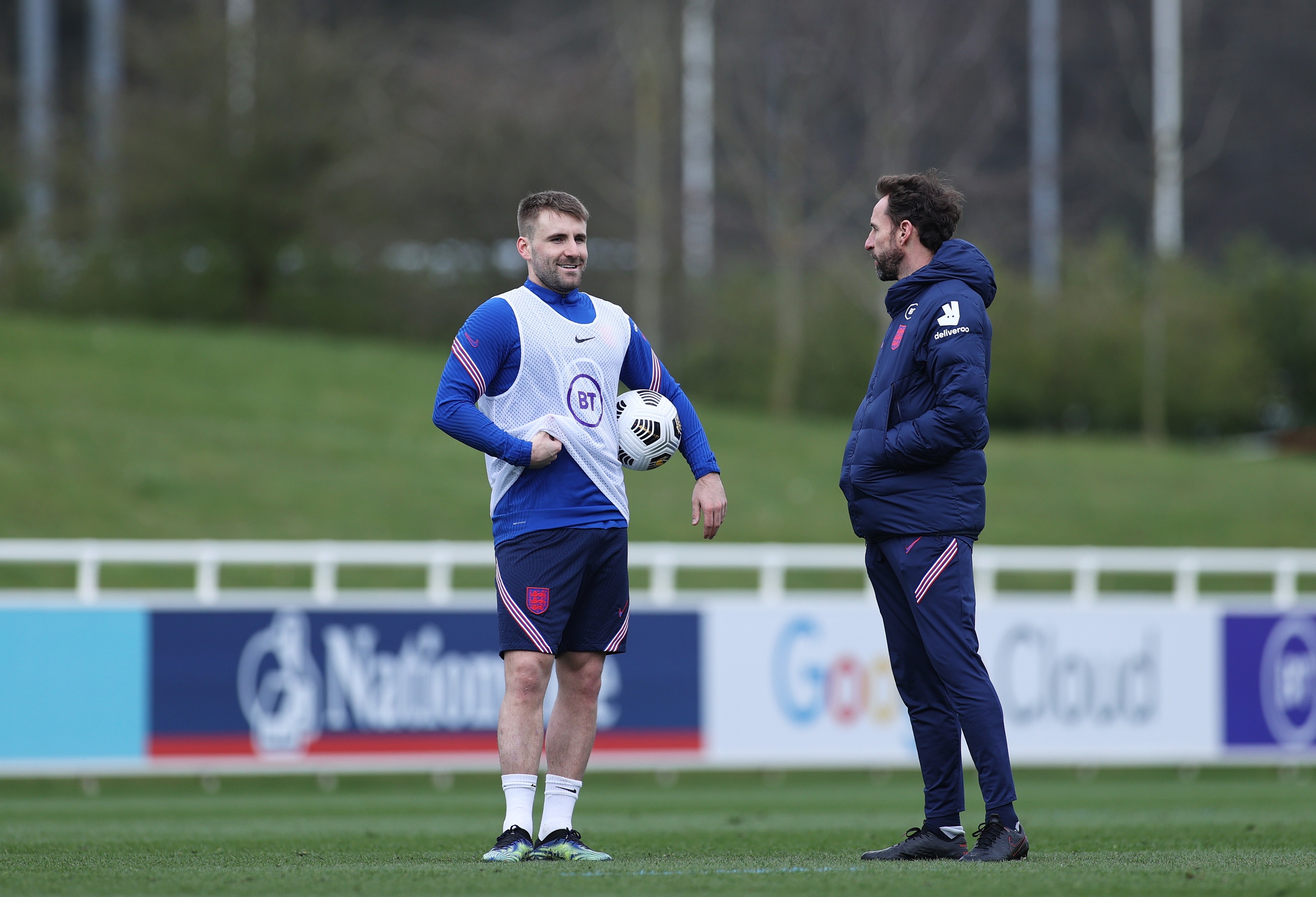 The in-form left-back is grateful to boss Gareth SouthgateCredit: Getty 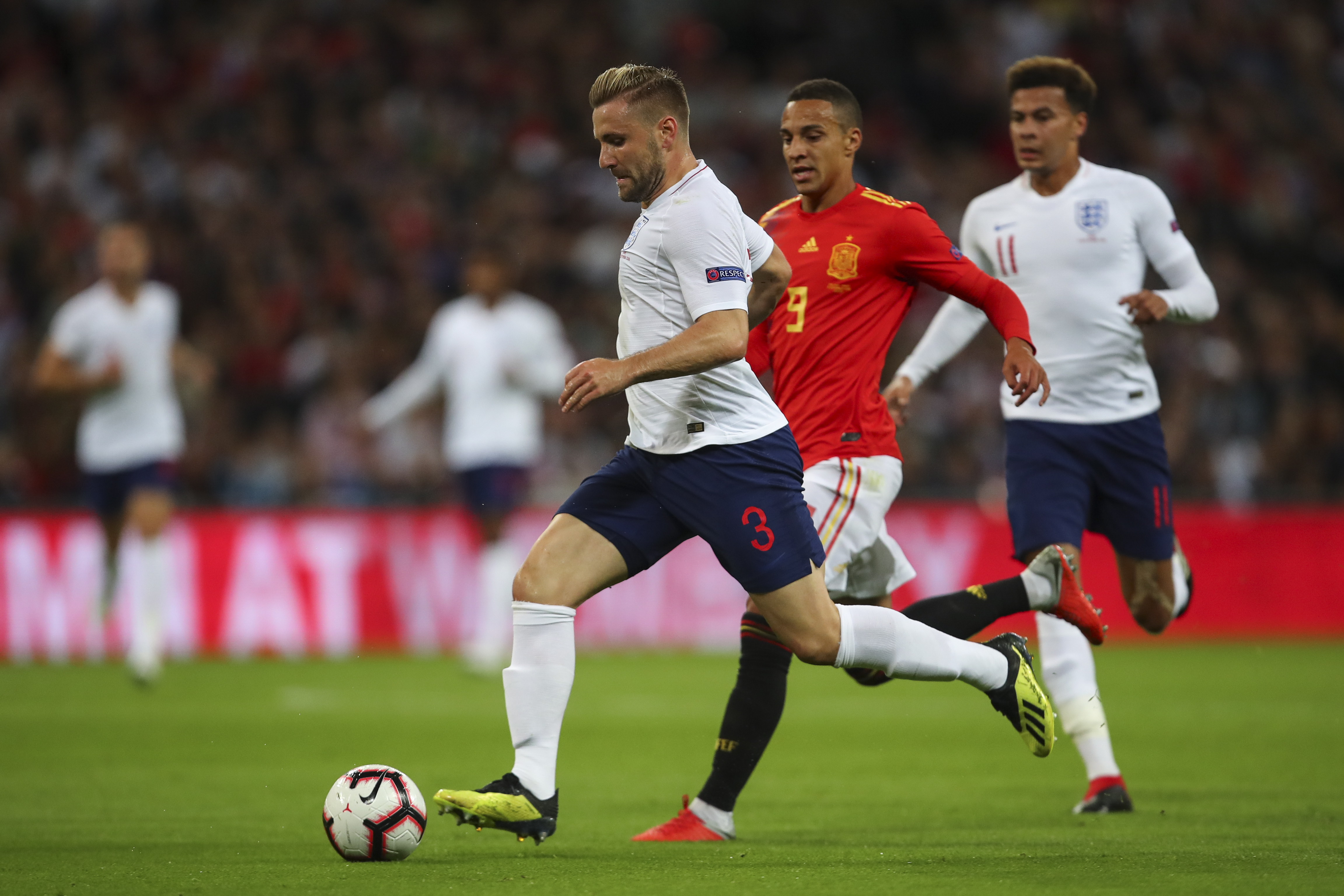 Shaw’s last cap had come against Spain in 2018Credit: Getty

The 2-1 Nations League defeat by Spain in September 2018 saw Shaw leave the pitch with concussion after 53 minutes and he had not featured again until Sunday.

And then United boss Mourinho completely threw him under the bus when he declared: “There is a difference between the brave player who wants to be there at any cost and the ones for who a little pain can make a difference.”

He admits that those questions have hurt. But now he is ready to end all the doubts after a series of barnstorming performances for United since returning from a hamstring injury before Christmas. He said:

“Gareth says he has picked me on merit and hopefully we’ve forgotten about the past and can just focus on the future from now on.

“I am so happy to be back wearing the England shirt and to get a good win obviously helps.

“I have always said it is a massive honour to play for your country and maybe I took advantage of that at times in the past.

“So I feel really privileged that Gareth has given me another chance to impress and hopefully stay in the squad for more games.

“Even if I am not playing, just being around the group again is brilliant because the competition for places is really high.

“Ben Chilwell has been brilliant at left-back and was outstanding against San Marino last week.

“But all the Premier League full-backs that are English are performing on a really high level.

“For example, I know Matt Targett and he’s having a very good season for Aston Villa and Aaron Cresswell has also been doing well for West Ham and they’re not even involved in the squad at the moment.

“Then there’s Arsenal’s Bukayo Saka who has been playing at wing-back and has shown he is a brilliant, versatile player.

“But I enjoy the competition and sometimes you need that to push you on more when you know everyone has to fight for that shirt.”

Now Shaw is hoping that he has done enough to retain his place in the starting line-up for Poland’s visit to Wembley.

But even if he is back on the bench, there is no chance of him making an early exit this time.