Along with James Maddison, Jack Grealish and Aaron Wan-Bissaka, he was a member of the England Misfits Club. Players who Southgate did not appear particularly keen on. 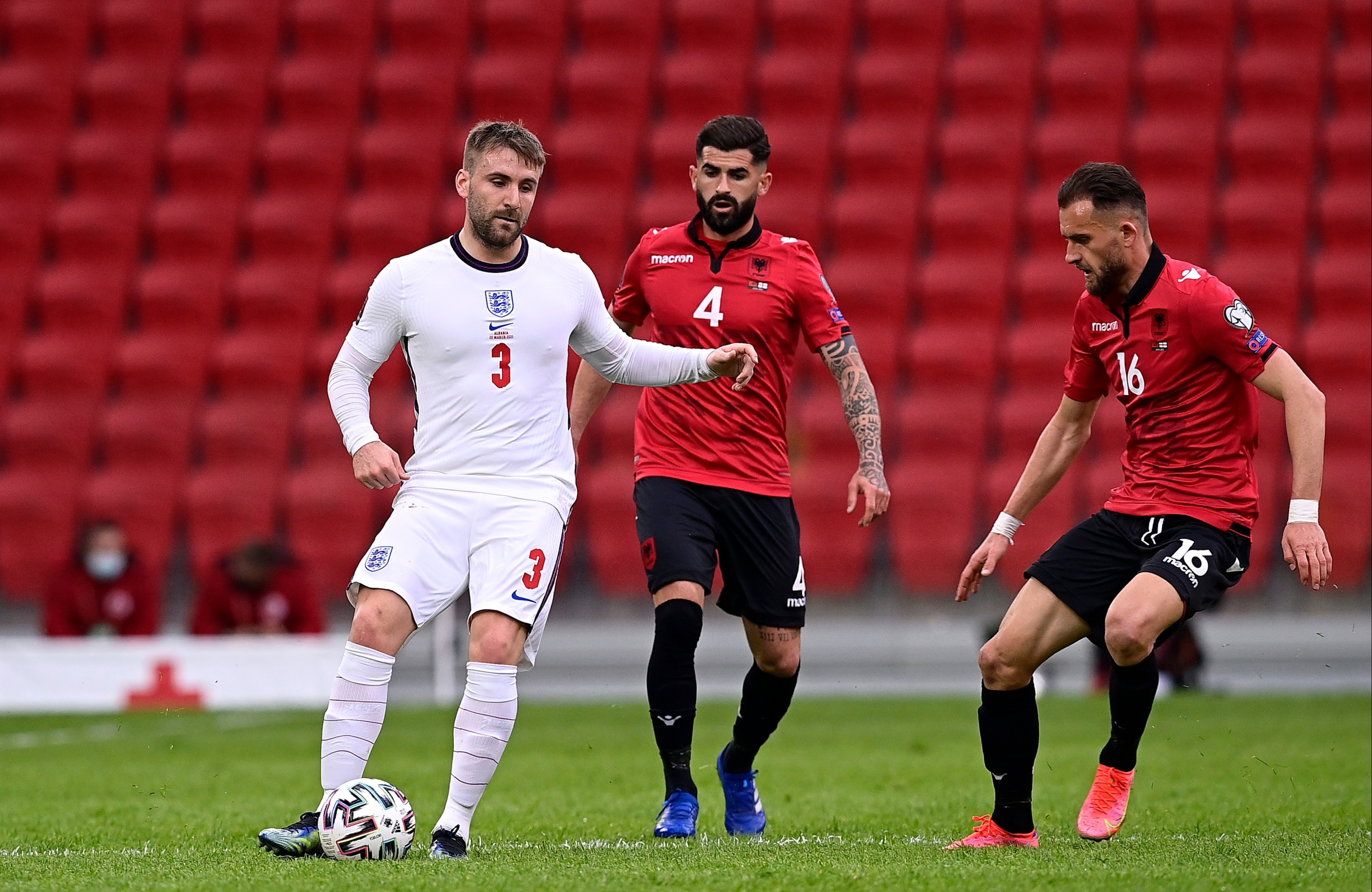 Luke Shaw staked his claim for England’s left-back spot at the Euros, getting an assist in an impressive performance against AlbaniaCredit: Getty

But Grealish took his opportunity when it finally came and now it is up to the Manchester United defender to do the same.

Shaw’s 90-minute run-out in Tirana served as a warning to Ben Chilwell that he has a major fight for the left-back spot at Euro 2020.

The best performing full-back in the Premier League, Shaw, 25, has been handed tougher tests than yesterday against Albania’s limited attack.

Yet in only his ninth appearance for England, the Manchester United defender still delivered some class moments, the highlight being the terrific cross for Harry Kane to end his mini drought for the national team.

It was Shaw’s third assist in three successive competitive matches for England, albeit over a period of SIX YEARS.

This illustrates that Shaw’s England career has not exactly got off to a flier. This has partly due to injuries but also his love of a few too many trips to the Golden Arches.

Every manager who has managed Shaw, from Mauricio Pochettino to Roy Hodgson and Louis Van Gaal to Jose Mourinho have complained about his lifestyle.

So credit to Ole Gunnar Solskjaer who has got the best out of his player. The United boss is the reason why Shaw was out there yesterday and has now been added to England’s full-back options.

Shaw’s arrival in the squad – his last appearance was against Spain in 2018 – has indirectly screwed over Trent Alexander-Arnold.

Right-footed Kieran Trippier has been the back-up to Chilwell on the left but with Shaw deservedly getting the call, Southgate had too many right-backs along with Reece James, Kyle Walker and Trippier.

As so it was Alexander-Arnold who got the bullet and it is difficult to see a way back for him.

England are likely to switch between a back four and central three with wing-backs over the next few months.

So whether it is right-back, right wing-back, left-back or left wing-back. The opportunities are there.

Chelsea defender Chilwell did well at home to San Marino but it was, of course, against the worst team in the world. Equally, Chilwell did not help himself in the autumn by making himself unavailable due to breaking lock down restrictions.

Yet Shaw could still be a good option when Southgate names his team for the visit of Robert Lewandowski’s Poland at Wembley on Wednesday although Chillwell will consider himself as the favourite to get the nod.

After playing with a back four in the last two games, including this 2-0 win, England could switch to a back three.

Trippier or James could play at right wing-back with Walker likely to move into the central three.

Even though Southgate claims he knows his best team, England’s defence is neither settled or particularly experienced.

Everyone is getting excited about the options in midfield and beyond but as Portugal proved at Euro2016 – even though they failed to win a game in the group stages – it is all about a solid defence.

Until the situation is sorted – and this includes the keeper problem – it is unrealistic to expect England to progress too far in Euro 2020.