LIVERPOOL star Mohamed Salah says VAR is ‘killing the game’ after feeling hard done by with the technology.

Salah had a goal ruled out against Tottenham when team-mate Roberto Firmino was adjudged to have handled the ball in the lead-up. 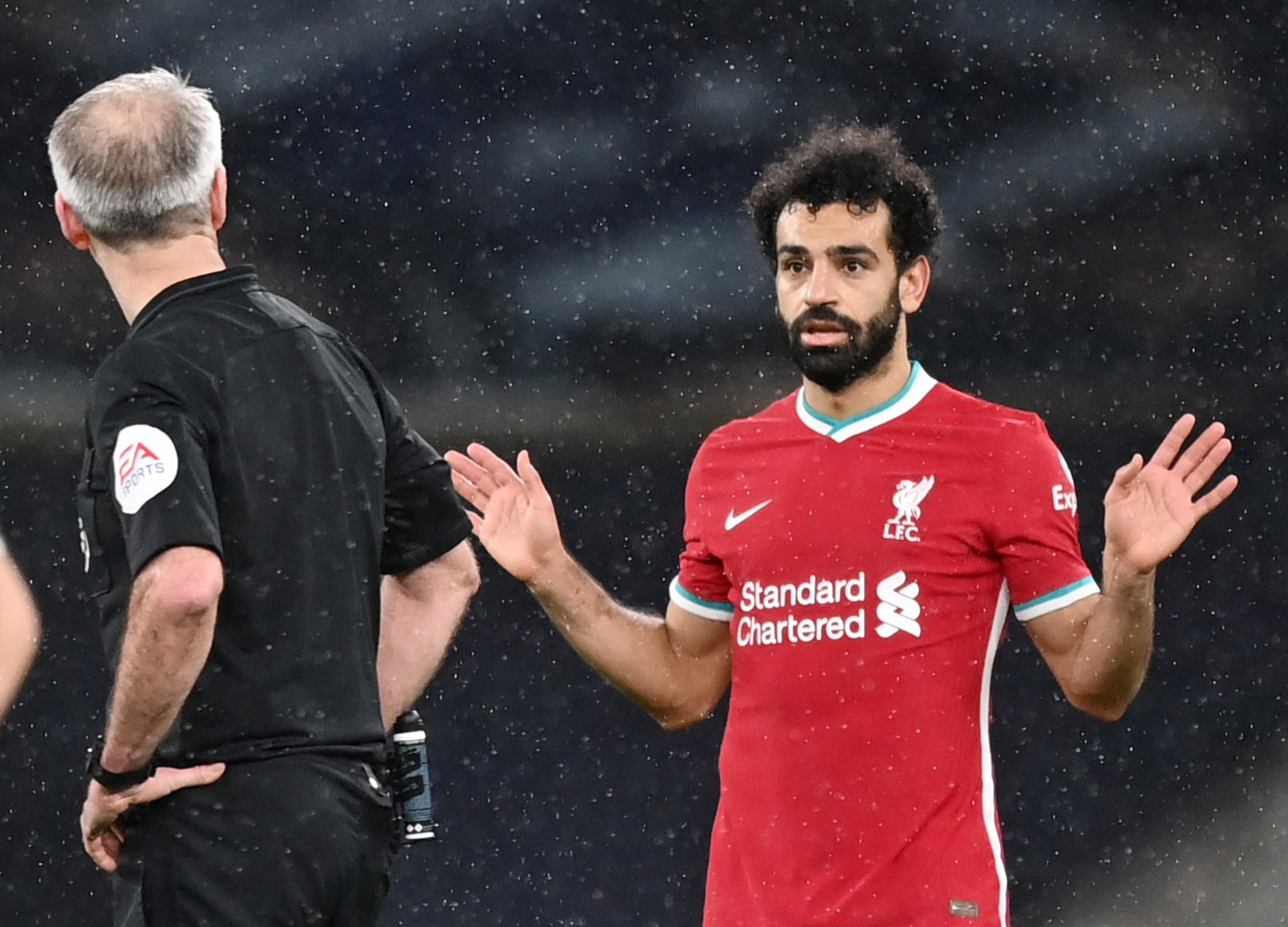 Mo Salah is not impressed with VAR this seasonCredit: Reuters

Mo Salah when asked about his recent run of games without a goal including his disallowed goal against Tottenham pic.twitter.com/SQ5rvbJ3Zp

It didn’t matter so much anyway, as Jurgen Klopp‘s boys ran out 3-1 winners, but Salah failed to get on the scoresheet.

The Egyptian bounced back from that personal disappointment with two goals against West Ham at the weekend in another 3-1 win.

And speaking after the Hammers triumph, the 28-year-old gave his assessment of football technology in an interview to Sky Sports.

“From the beginning of the season, in my opinion it’s killing the game; the joy of football.

“Here, you have to be in exactly the same line [with offside decisions].

“But I think in the Champions League or some other countries, they give the striker more space to… if they score, it’s fine for them.

Against Spurs, the ball struck Eric Dier’s arm before rolling on to Firmino’s.

That move ended with Salah smashing past Hugo Lloris – but his smile was soon turned into a grimace.

After checking the pitch-side monitor, referee Martin Atkinson ruled it out for handball against Firmino.