Battered from pillar to post in a torrid start to the season, Liverpool’s beleaguered right-back was able to smile again as he received a standing ovation as he was replaced late on. 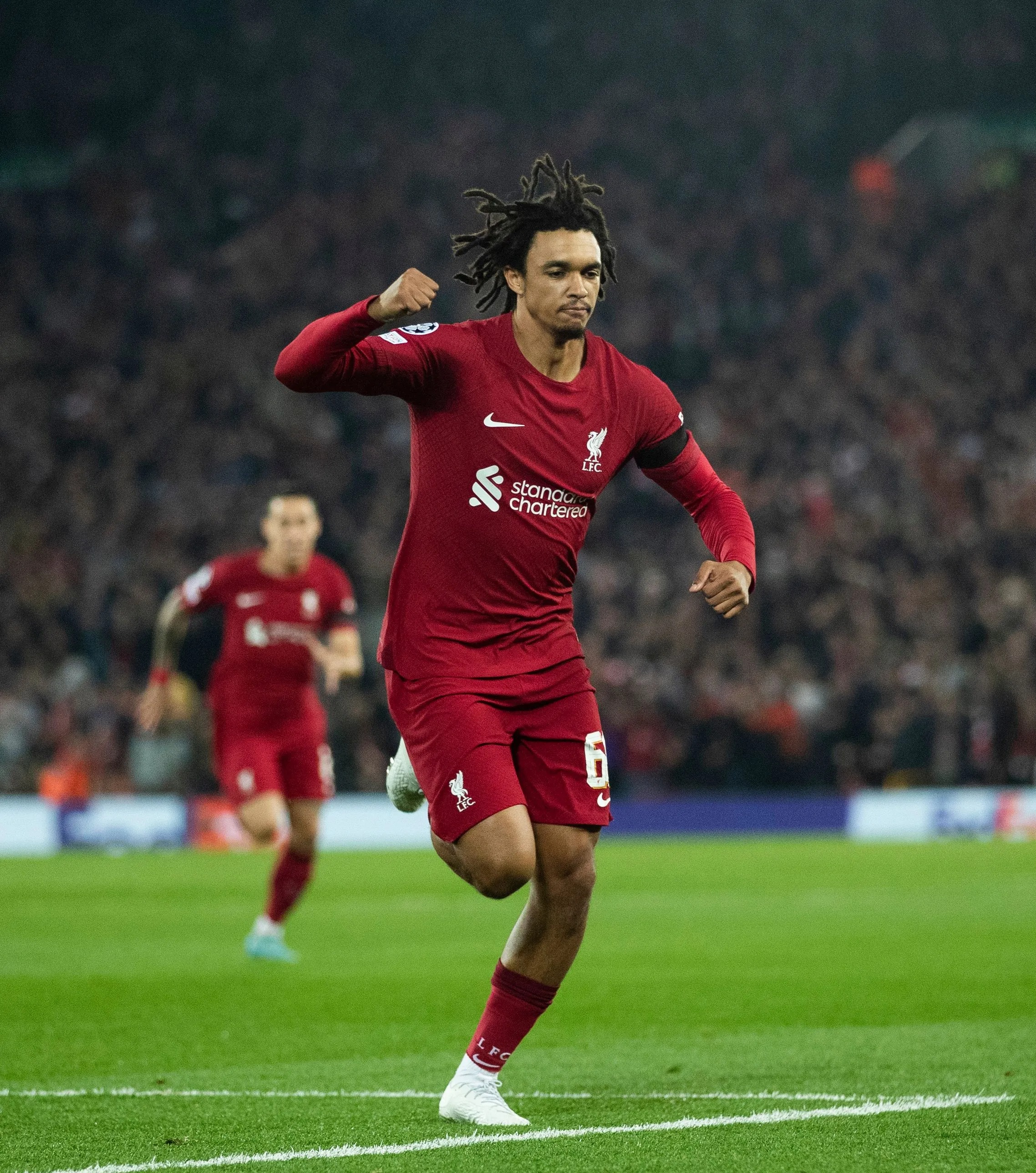 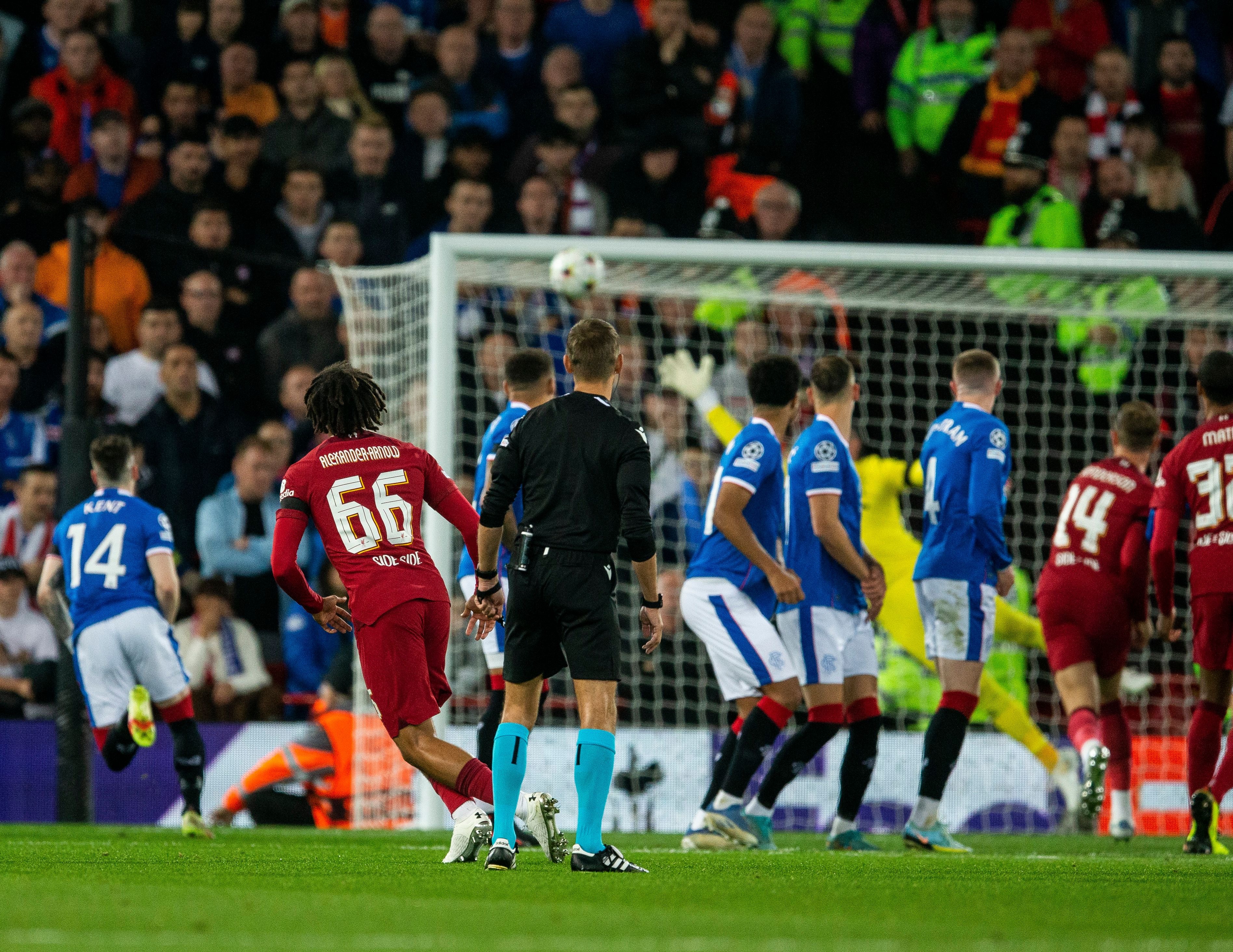 He scored a brilliant free-kick to give the Reds the lead at AnfieldCredit: Rex

Alexander-Arnold scored an outstanding opening goal, only his 15th strike for the club, in a 2-0 win over Glasgow Rangers.

After some disastrous performances at the back, including Saturday’s 3-3 draw with Brighton, he enjoyed some light relief defensively as the Scots showed little going forward.

There is no doubt about Alexander-Arnold’s attacking abilities but it is his defending which has been the problem.

After a nightmare few weeks at club level – while he also failed to get any game time with England over the international break – Alexander-Arnold needed 90 minutes to get his confidence back.

Before the game, former England defender Gary Neville threw his weight behind the defender and likened him to Brazilian legend Cafu.

Neville said: The hard part of the game he’s doing. No full-back that I’ve ever seen in this country can do what he can do.

“So if he can work on those four basic things and get those consistency elements with those things, we won’t just have one of the best attacking right-backs this country’s ever produced – we’ll probably have the best right-back the world has ever produced!

“This is a Cafu-level of full-back. This is something unbelievably special.”

Alexander-Arnold was up against Rangers winger Ryan Kent, a player who came through the ranks at Liverpool without ever making a competitive appearance.

Yet it was Liverpool’s No 66 who made his mark in just under seven minutes with his brilliantly-weighted free-kick over the top of the Rangers wall and into the top left-hand corner. Visiting keeper Allan McGregor did not stand a chance.

Alexander-Arnold’s only other European goal was also a free-kick in a 2-1 win over Hoffenheim in August 2017. It was Jurgen Klopp’s first ever Champions League game for Liverpool and what a journey everyone has enjoyed at the club – yet things have been a bit dodgy recently.

Alexander-Arnold came close to creating a second but his perfect corner was met by the head of Virgil van Dijk and that steered the ball away from the waiting Diogo Jota who was ready to bounce.

On a few occasions, Alexander-Arnold also combined well with Mo Salah who made it 2-0 from the penalty spot.

For once, Liverpool’s most criticised player this season was able to complete a game without lots of fingers pointing in his direction.

Equally, Alexander-Arnolder knows the Premier League trip to Arsenal on Sunday will be a lot tougher.

As for being selected by England for the World Cup, though, do not bet on it.