UEFA bosses must wait for an official report before deciding whether to punish Liverpool for the attack  on the Real Madrid bus.

Merseyside police have launched an investigation after damage was caused to the Real coach on its way to Anfield for Wednesday’s Champions League quarter-final second leg. 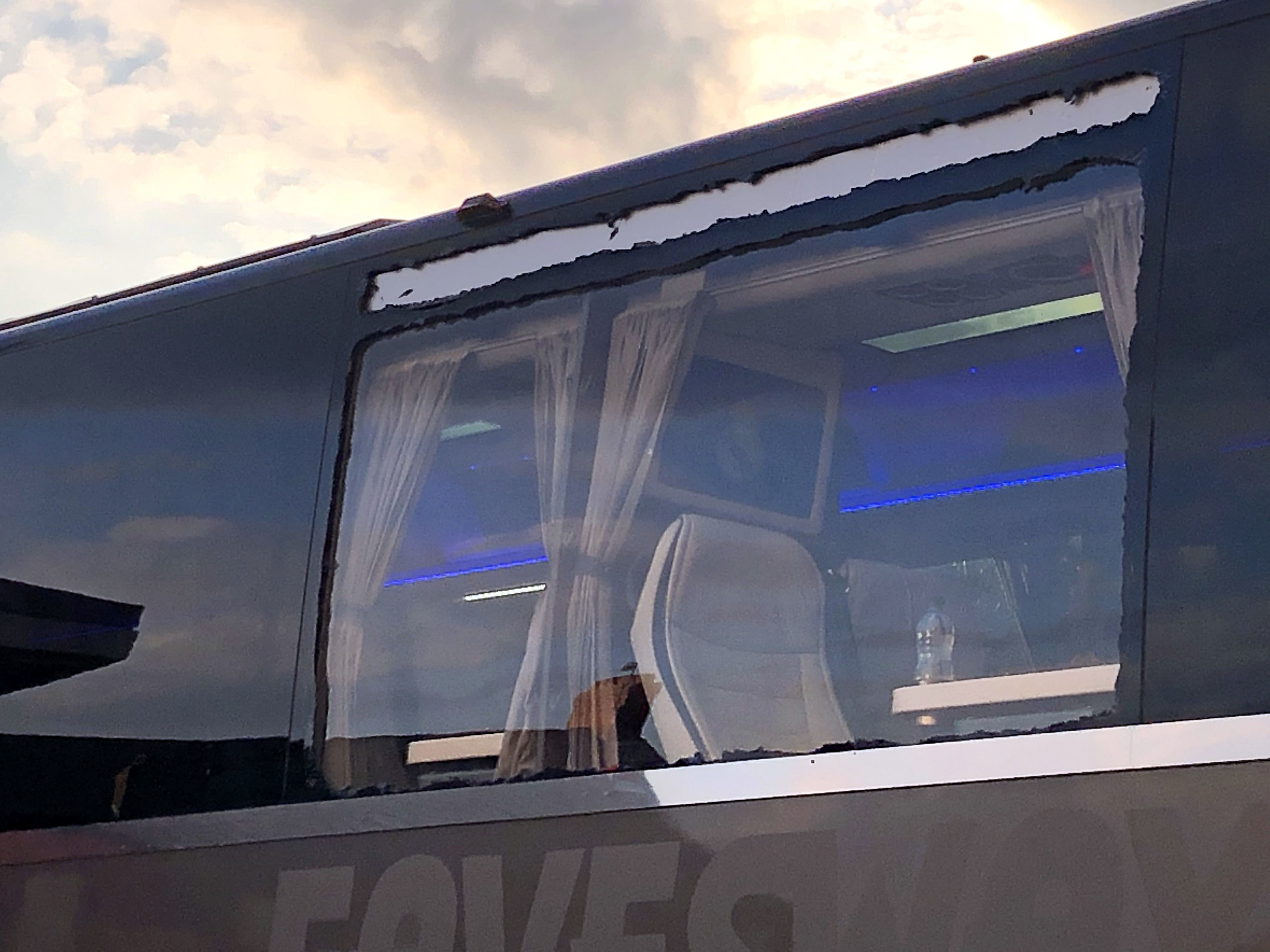 A window on REal Madrid’s team coach was smashed on its way to Anfield last nightCredit: PA 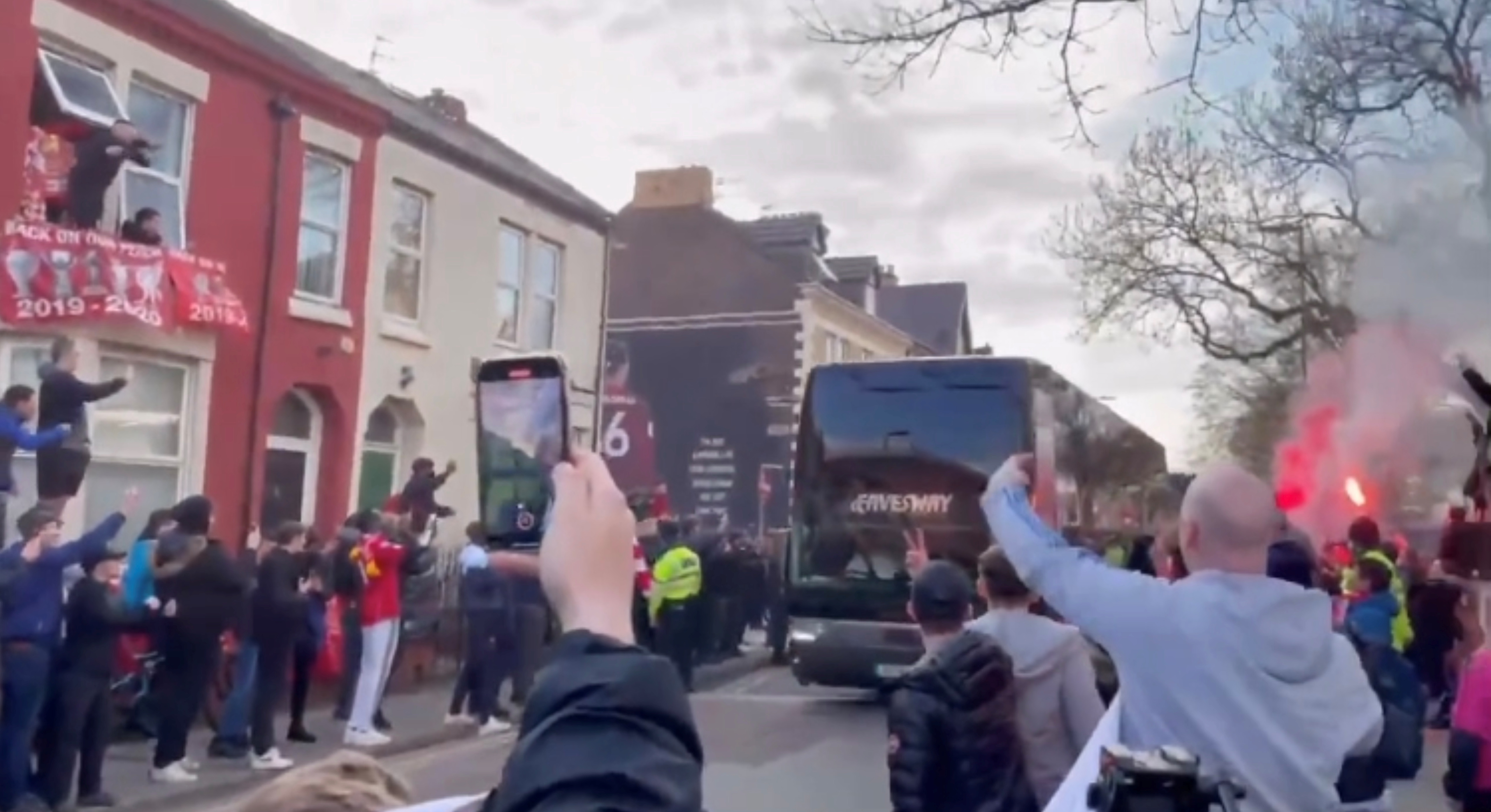 Hundreds of Liverpool supporters lined the streets on the way to the groundCredit: Reuters

Los Blancos overcame the pre-match drama to hold the Reds to a goalless draw and advance to a semi-final clash with Chelsea with a 3-1 aggregate victory.

Uefa observers at the game must decide whether to include the incident in their report.

Video footage and images of a broken window on the side of the luxury emerged on social media.

A Merseyside Police statement read: “An investigation is underway after damage was caused to the Real Madrid team bus this evening as it approached Anfield stadium.

“Such incidents will not be tolerated & we are working with Liverpool and reviewing CCTV and body worn footage.”

When one of Real’s buses parked up at the Kop end of the ground after the team had disembarked, it was apparent one pane of a double-glazed window had been smashed.

Liverpool staff could be seen cleaning up a pile of broken glass with Merseyside Police officers in attendance.

Hundreds of Liverpool fans had earlier been spotted lining Anfield Road ahead of kick-off.

A Liverpool spokesman said of the incident: “We condemn unequivocally the actions that led to Real Madrid’s team bus being damaged during its arrival to Anfield this evening

“It is totally unacceptable and shameful behaviour of a few individuals.

“We sincerely apologise to our visitors for any distress caused. We will work together with Merseyside Police to establish the facts and identify those responsible.”