LIVERPOOL have completed the £50million signing of Luis Diaz from Porto.

The winger, 25, was heavily linked with Tottenham during this January transfer window.

Luis Diaz has joined Liverpool in a £50million transfer from PortoCredit: PA

But the Reds hijacked the move and he has now sealed a deal at Anfield after pictures of him in Liverpool training kit were leaked online.

His transfer is currently subject to international clearance.

Diaz is currently in South America on duty with Colombia as Liverpool jetted officials out to get the paperwork done.

So he will link up with Jurgen Klopp and his new team-mates after the World Cup qualifier against Argentina on Tuesday.

That could see the new signing make his debut at home to Cardiff in the FA Cup fourth round on Sunday lunchtime.

Klopp said: “We believe he has everything needed to fit into our way and adapt to the Premier League, both physically and mentally.

“He is a player who is hungry for success and knows you have to fight to get what you want.

“He is a fighter, no doubt. He’s a skilful team player who has always the goal in mind.

“This team deserved to add quality and when we played against Luis earlier this season, we saw what a danger he is, how fast he is and how his mentality was to help his team.

“Luis is a player we believe will make us better now and in the future. He is the player we really wanted and they’ve made it happen, so I am very happy.”

Diaz scored 41 goals in 125 appearances for Porto in two-and-a-half years.

He has been in imperious form this season with 14 in 18 in the league as Porto sit clear at the top of the table.

He has taken the No23 shirt on Merseyside.

Liverpool said the deal was ‘long term’ but it is understood to be a five-and-a-half-year contract until 2027.

The Reds have been monitoring the player since his Copa America displays last summer when he shared the Golden Boot with Lionel Messi.

SunSport exclusively revealed earlier this month that Liverpool were considering a £60m move before a breakdown in talks over his price tag.

At the time, Porto were digging in over the player’s £67m release clause – one which Liverpool refused to pay.

Porto’s position appeared to ease when Tottenham later showed an interest in their man.

And Liverpool then sprang back into action to force through a deal during the January window rather than risk losing the player to Spurs. 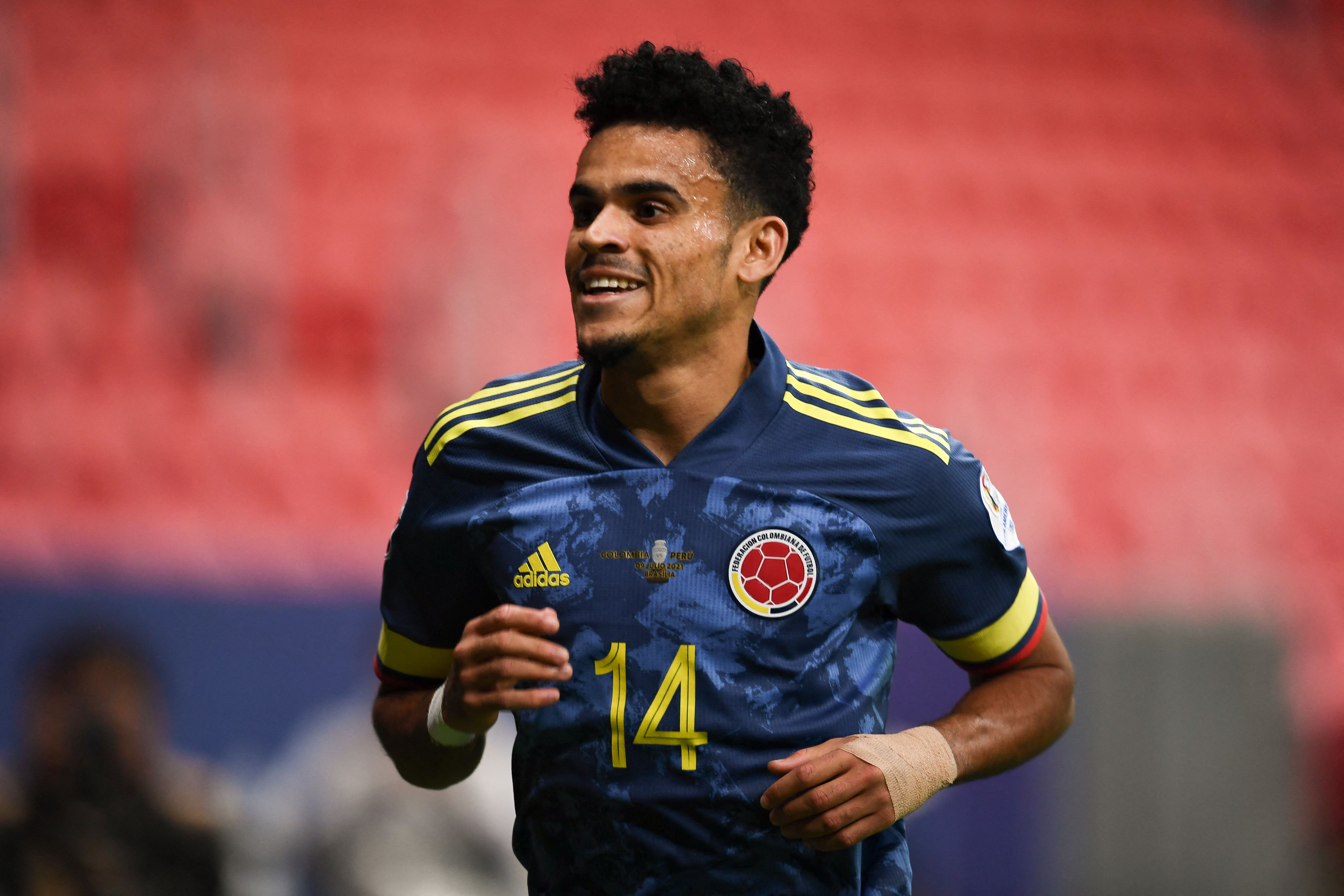 The Colombian winger will join up with his new side after international dutyCredit: AFP