FAMOUS Liverpool ball boy Oakley Cannonier endeared himself to fans even more with a hat-trick against rivals Manchester United.

The 17-year-old striker scored three for Liverpool’s U18s in Saturday’s 5-0 demolition to add to his Anfield legend. 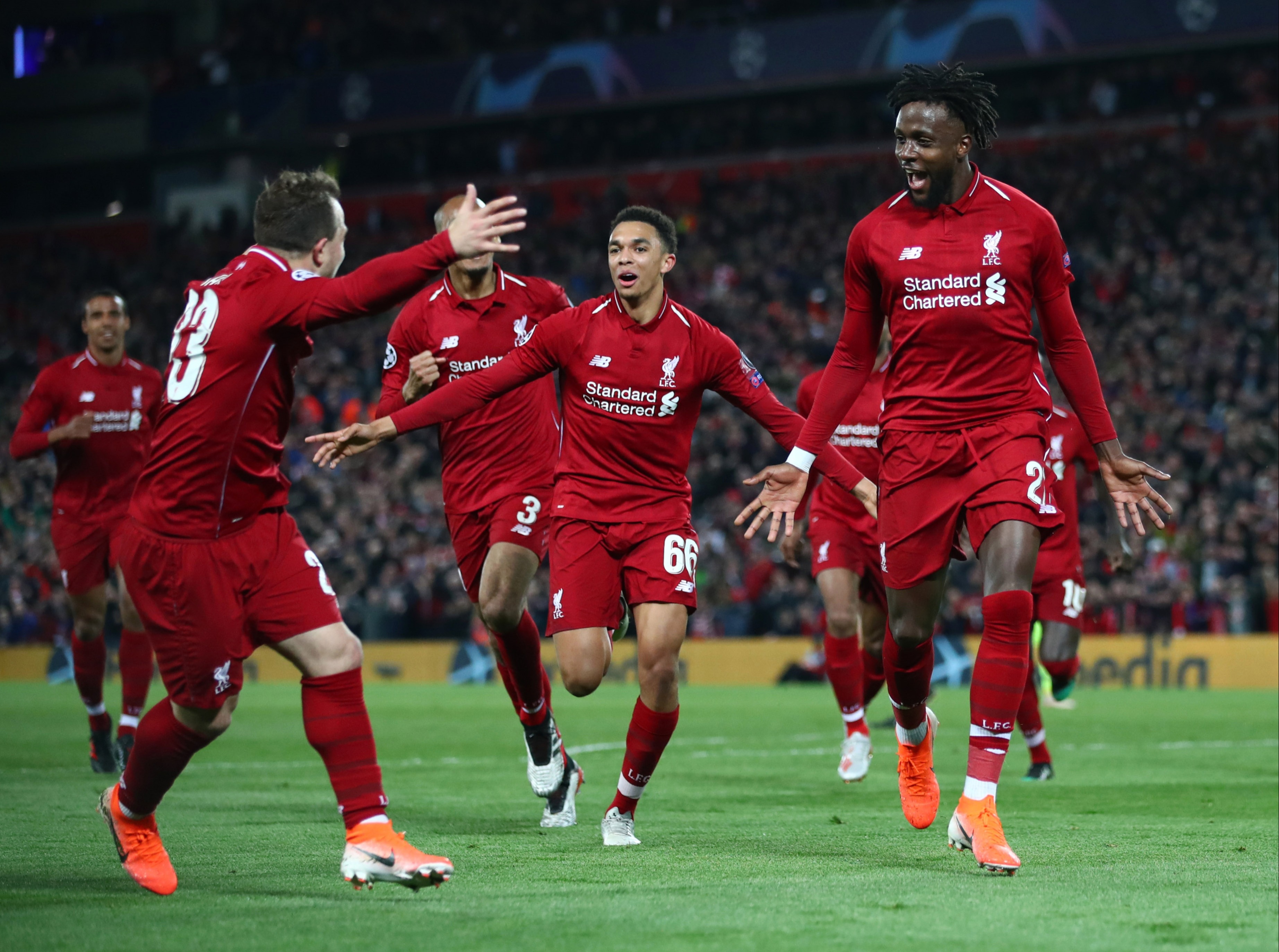 He was just 14-years-old in 2018 when his smart thinking helped Trent Alexander-Arnold take THAT corner against Barcelona.

Cannonier had been told pre-game that Barca can be caught napping from set-pieces, and the teenager put his training into practise when the time came.

He was sitting in front of the Kop when the ball went out for a Liverpool corner 79 minutes into the Champions League semi-final second leg.

The score at the time was 3-0 to the Reds, and 3-3 on aggregate, after Origi opened the scoring early on and Gini Wijnaldum scored two quickfire goals after the break.

Cannonier was on his feet quickly to throw the ball to Trent Alexander-Arnold who rapidly took the corner that Divock Origi swept home to send Anfield into raptures.

Liverpool went on to win 4-0 and complete a 4-3 aggregate win – before clinching a sixth European Cup.

The goal took Liverpool into a second Champions League final in two years, which they won 2-0 against Spurs.

And if Oakley Cannonier hadn’t endeared himself to Liverpool fans enough after that moment of magic, he certainly has now.

He scored the opener in Saturday’s 5-0 thumping against bitter rivals Manchester United U18s in the Premier League North.

Luca Stephenson made it 2-0 at Manchester United’s Carrington training ground, before Cannonier added his second and third after the break.

Terence Miles then made it 5-0 to round off a perfect afternoon for Liverpool’s youngsters.

Cannonier only signed his first professional contract with the Reds in July, but has been with the club since U12 level.