The Red Devils were in sparkling form as they thrashed Southampton 9-0 in midweek to keep pace with cross-town rivals Man City. 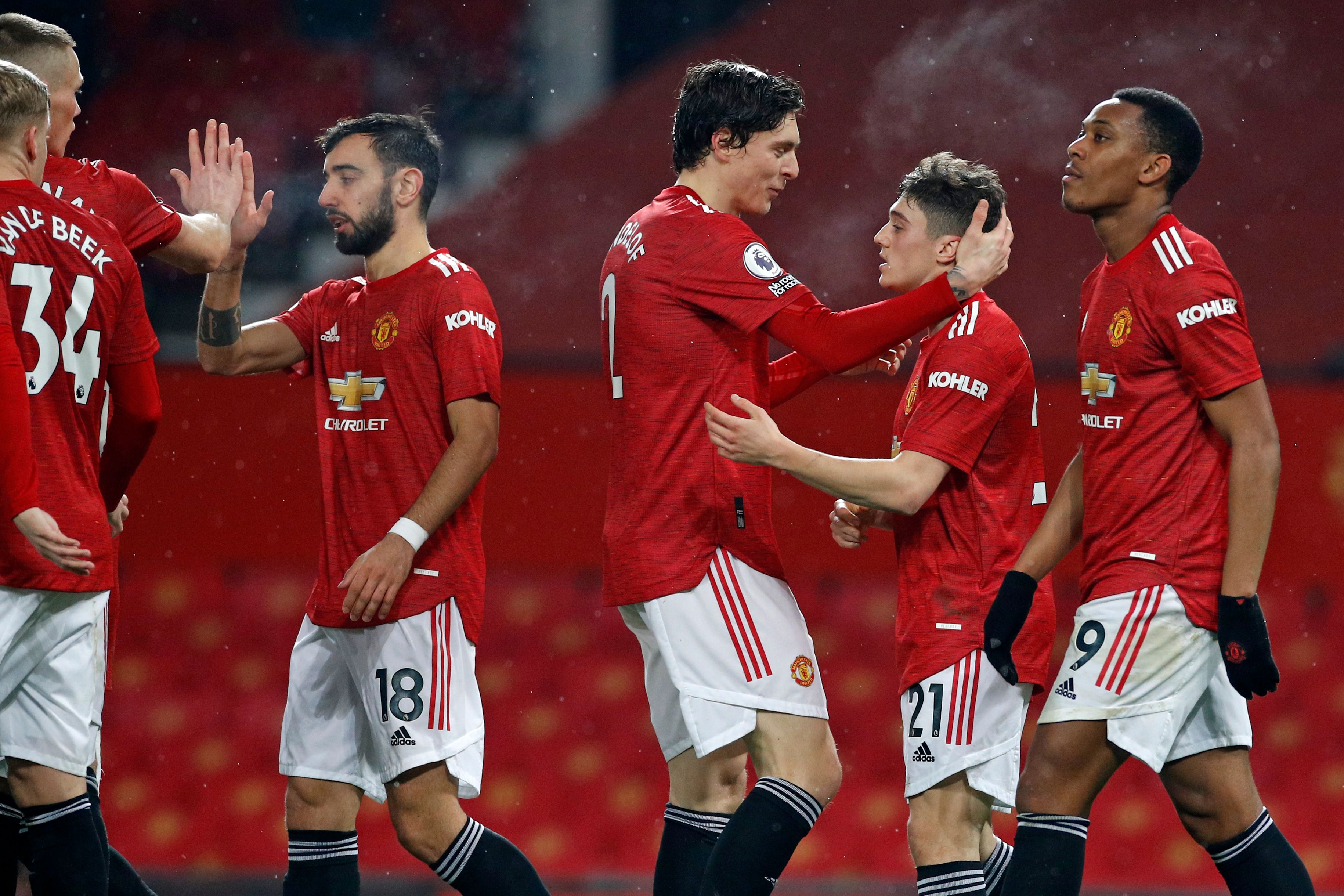 Everton meanwhile continue to be inconsistent, with a shock home defeat to Newcastle denting their European hopes.

Betting: Get Bruno Fernandes to score or assist against Everton at 35/1

When is Man Utd vs Everton?

You can catch all of the action live on Sky Sports Main Event, Premier League and Ultra HD.

Coverage of the game follows the match at Craven Cottage between Fulham and West Ham.

If you’re a Sky subscriber, log into the Sky Go app to stream on your mobile, tablet, PC or games console.

Non-Sky customers can watch by purchasing a NOW TV pass from £9.99.

Man Utd are waiting to hear back from the medical team about Edinson Cavani’s fitness after he injured his ankle in the 9-0 win over Southampton.

Phil Jones is still out of action for the Red Devils but is working his way back to fitness.

Luke Shaw will likely come back into the starting line-up after going off at half-time during the Saints victory.

Paul Pogba could also return to the fold after missing the win over Southampton, while Daniel James may also feature.

Carlo Ancelotti is also waiting on James Rodriguez’s fitness and will likely make a late decision on whether the Colombian will feature or not.

How much do Basketball Wives make per episode?

Will Esports be in the 2021 Tokyo Olympics?