CELTIC’s faint hopes of winning the Scottish Premiership hang on this match.

Put simply, win or it’s over. 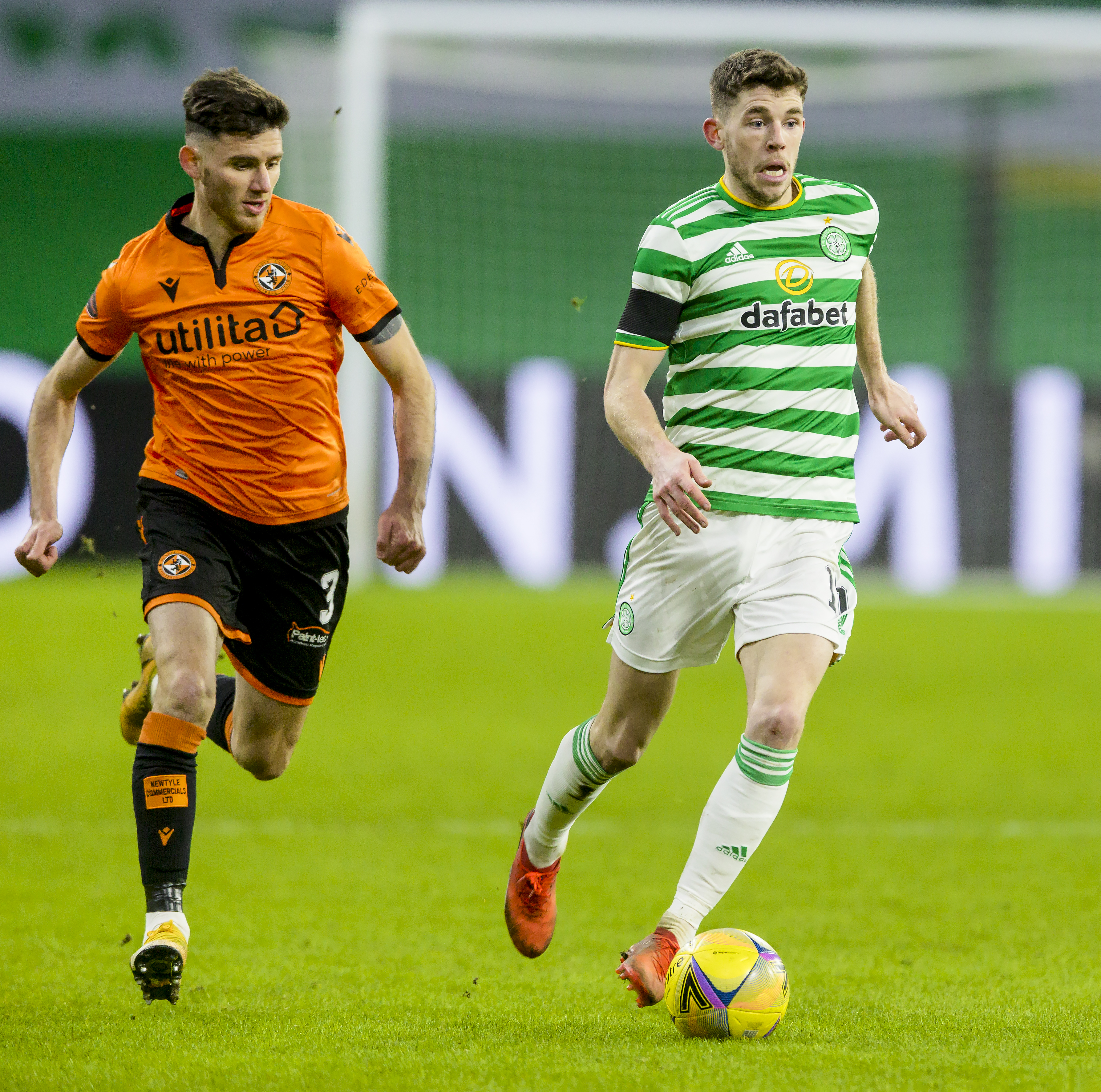 Celtic and Dundee United battle it out in an early Sunday clashCredit: Kenny Ramsay – The Sun Glasgow

The Hoops defeated Aberdeen 1-0 in his first match and face a United side who are still hoping to gate crash the top six party.

Rangers and St Mirren battle it out 24 hours before with both sides keeping a keen eye on the result ahead of the Tannadice showdown.

Should the Light Blues pick up all three points, Celts need a win to stop them claiming the title this weekend while United will want the victory to close the gap on the Buddies to just one point in the race for the top-half.

What time does Dundee United vs Celtic kick off?

What TV channel is Dundee United vs Celtic on and can I live stream it?

Adrian Sporle was replaced after half an hour last time out against Kilmarnock after picking up an ankle knock.

Micky Mellon has a wealth of attacking options including Lawrence Shankland, Marc McNulty and Nicky Clark.

John Kennedy handed Patryk Klimala a rare start in his first game as interim boss and the striker will be hoping for a run in the starting XI.

Scott Bain has established himself as the No1 of late but faces competition from Conor Hazard – who penned a new two-year deal at Parkhead – and £5million summer signing Vasilis Barkas.

Christopher Jullien remains a long-term absentee while James Forrest is still working his way back to full fitness following a lengthy spell out.

*Odds from Paddy Power correct as of Friday, March 5.*