LIONEL MESSI’S missed penalty should have been retaken as replays show Marco Verratti WAS encroaching.

Pundit Joe Cole went as far as to suggest the PSG player was ‘nearly on Messi’s back’. 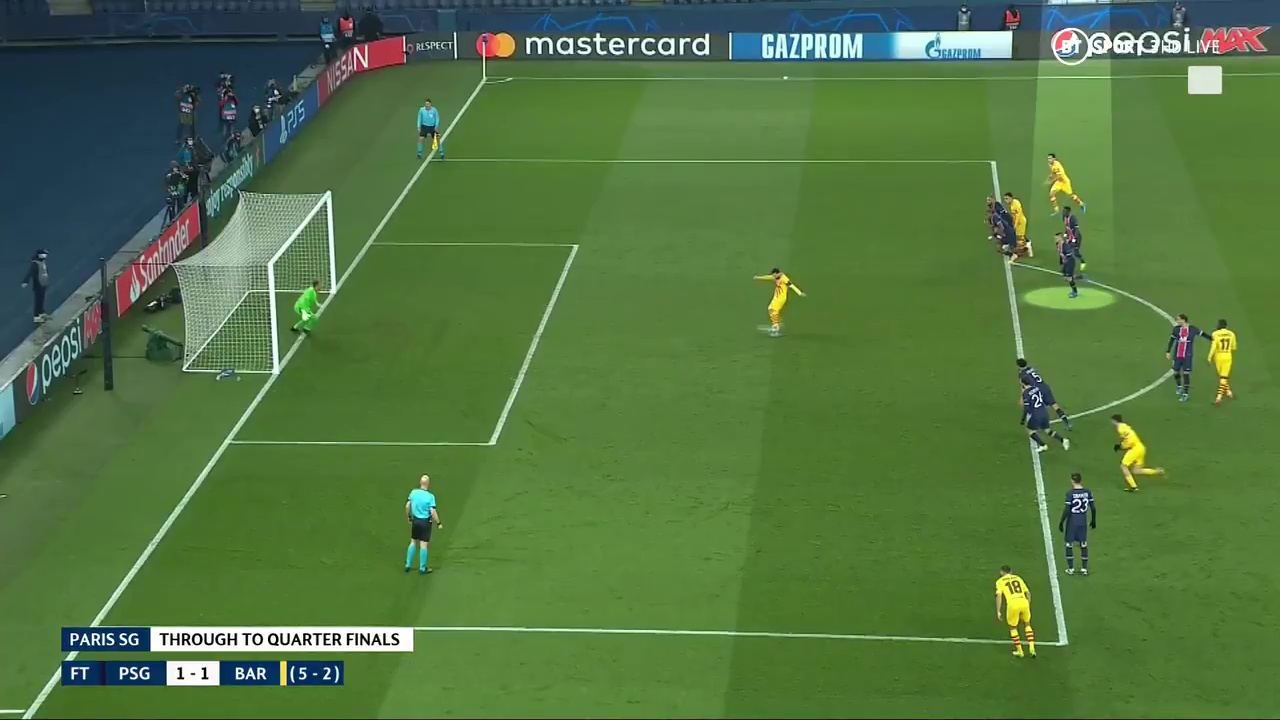 “How have they not picked up that he’s encroaching there…”

“If you run the tape on, you see, he actually affects the game!”

Joe Cole was in disbelief that Marco Verratti got away with encroachment during Lionel Messi’s vital penalty miss vs. PSG ? pic.twitter.com/v7L0K50OLd

The Barcelona superstar, 33, had a glorious chance to put his side 2-1 up at Paris Saint-Germain on the stroke of half-time.

A goal at that point could have transformed the tie.

The Spanish giants would have needed just two more goals in the second half in Paris to level the tie at 8-8 and take it to extra-time.

But the Argentine saw his spot-kick brilliantly saved by Keylor Navas, who managed to deflect the ball on to the crossbar.

It then looped back into the middle of the penalty area where Verratti got up unchallenged to head it out for a corner.

Referee Anthony Taylor was told to wait for the corner to be taken while English officials Stuart Attwell and Paul Tierney reviewed the footage on VAR duty.

Somehow they concluded there was no problem – despite replays clearly proving the Italian midfielder was well inside the D at the moment Messi took the strike.

He’s nearly on Messi’s back! He’s so far inside.

BT Sport pundits Joe Cole and Owen Hargreaves picked up on the blunder.

Ex-Chelsea man Cole said: “We got back to VAR, I’m at pains to do it, but how have they not picked up that he’s [Verratti] encroaching there?

“He’s nearly on Messi’s back! He’s so far inside.

“If you run the tape on, you see, he actually affects the game when he clears it with the header.

“We want to get so pedantic about rules and laws and technology but the people looking at it can’t see that – I don’t understand where we are.

“I just can’t understand how you can make such a poor decision – it’s a massive moment.” 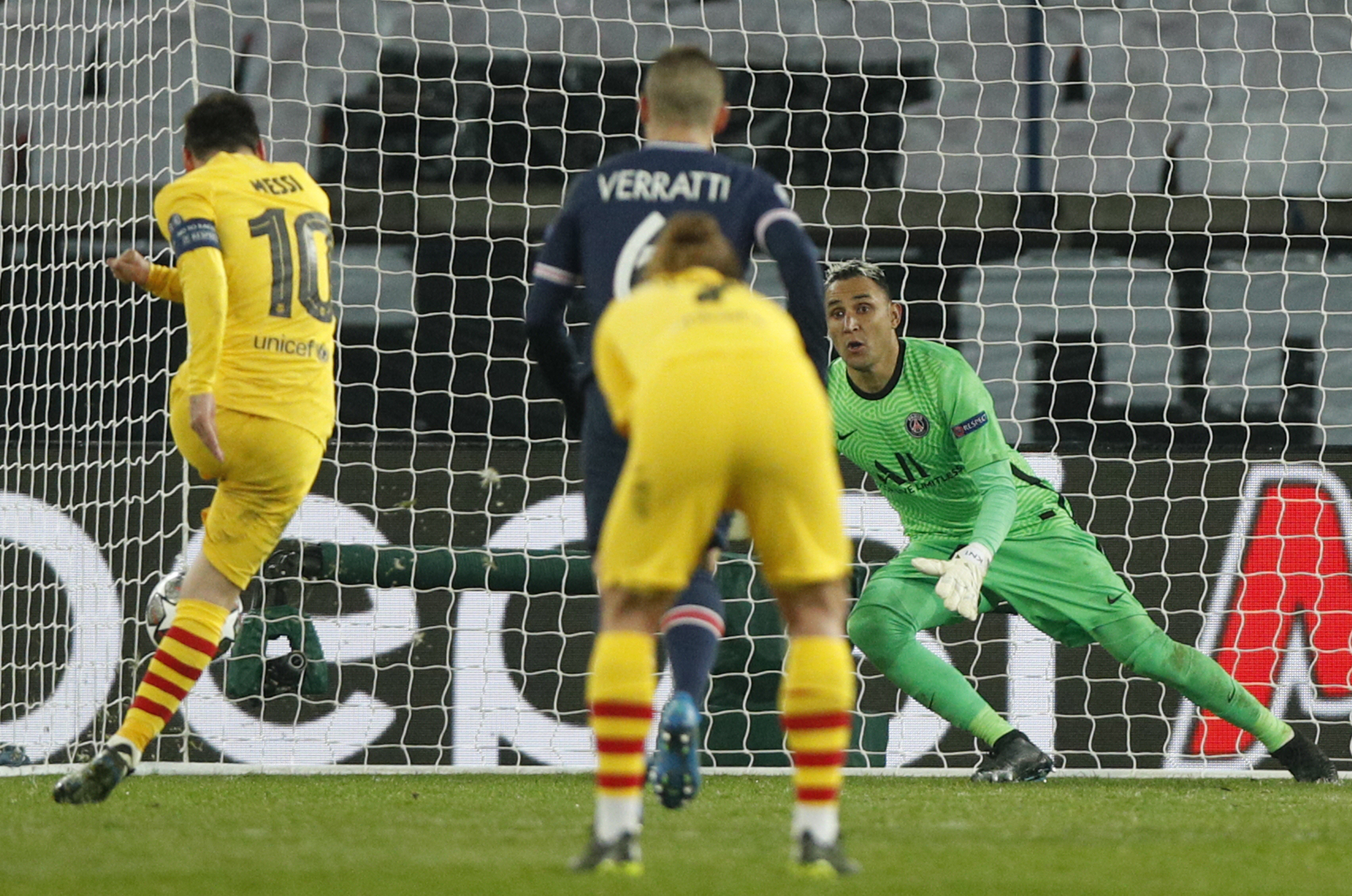 Keylor Navas was in inspired form as he deflected the strike on to the bar and made a number of other key savesCredit: EPA 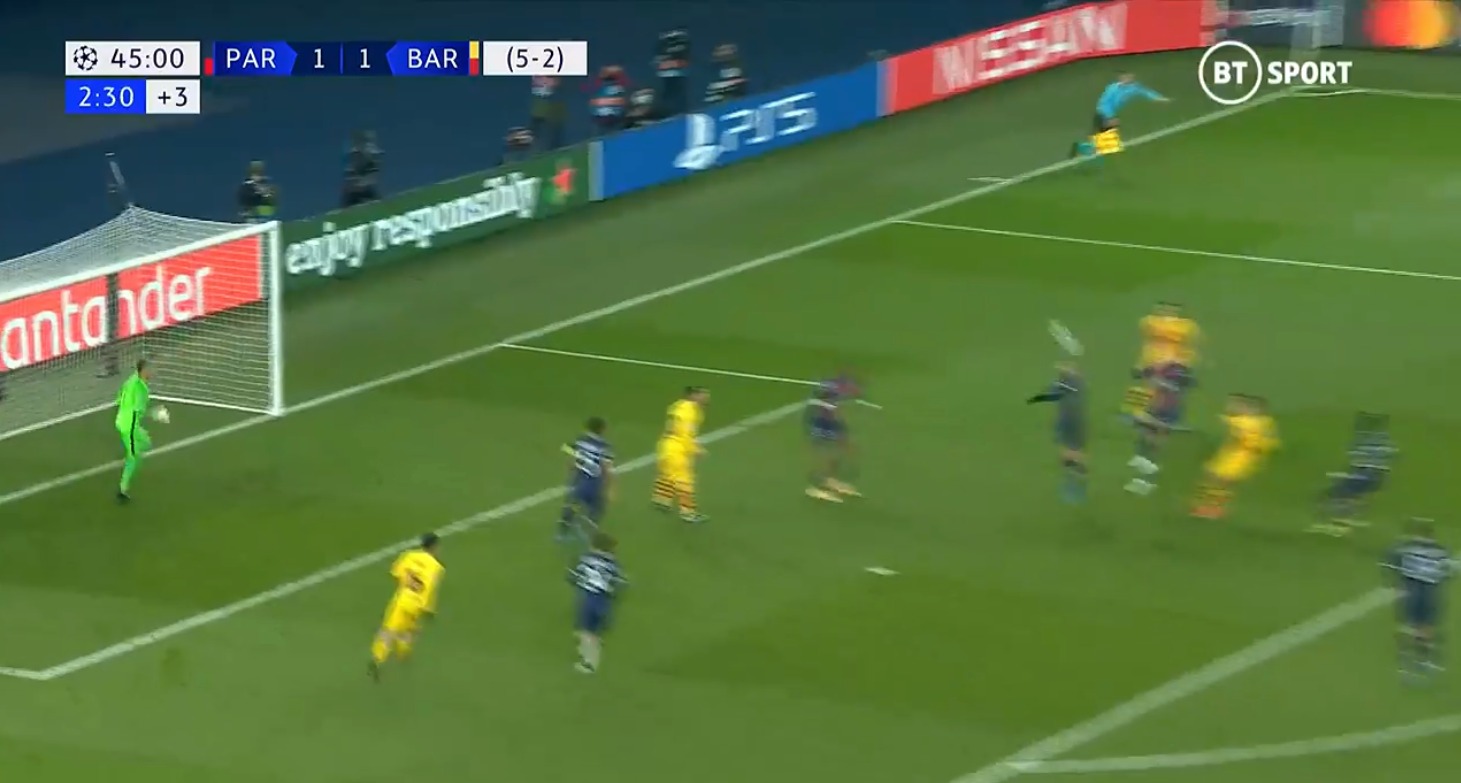 Verratti was able to get up for an unchallenged header and clear the ball out for a cornerCredit: BT Sport

Kylian Mbappe put PSG in front on the night from the penalty spot after Taylor watched replays of Clement Lenglet’s accidental trip on Mauro Icardi.

He became the youngest player to score 25 Champions League goals and put his side 5-1 ahead on aggregate.

Messi equalised with a thunderbolt into the top corner but Barca struggled to break through Navas – in part down to Ousmane Dembele’s poor finishing – as it ended 1-1 on the night.

The result sent Barcelona crashing out and ensured neither Messi nor Ronaldo – whose Juventus side crashed out to Porto – would be in the quarter-finals of the competition for the first time since 2005. 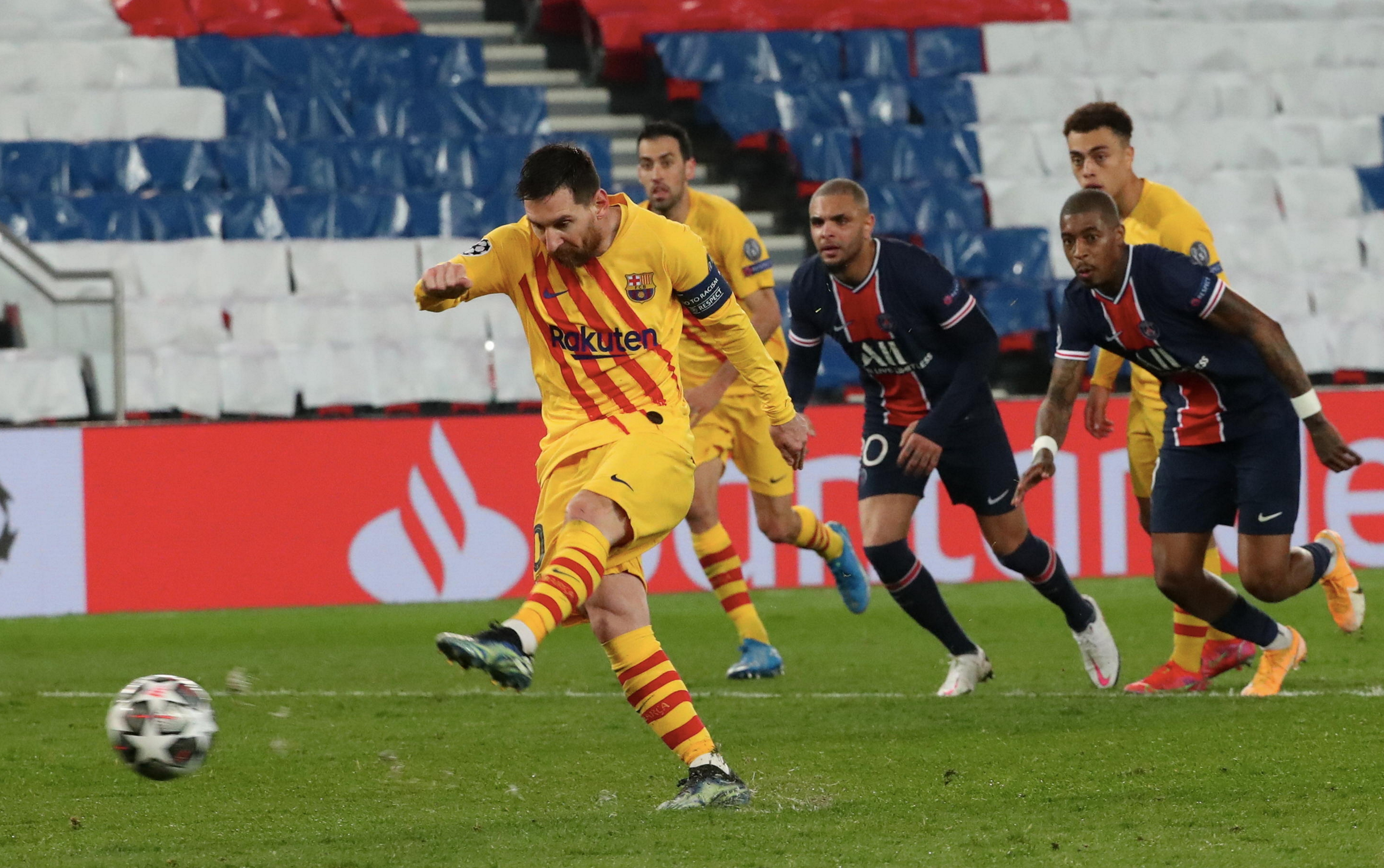 A second goal just before half-time could have changed the course of the tie in Barcelona’s favourCredit: Getty Images – Getty

PSG knock Barcelona and Lionel Messi out of the Champions League

TV licence fee in 2021: How much and what happens if you don’t pay?