LIONEL MESSI fired Barcelona to a confidence-boosting 2-0 win at in-form Sevilla on Saturday to keep the pressure on LaLiga leaders Atletico Madrid.

Ousmane Dembele latched on to a through ball from Messi and knocked it through the legs of Sevilla keeper Bono to give Barca a deserved lead in the 29th minute. 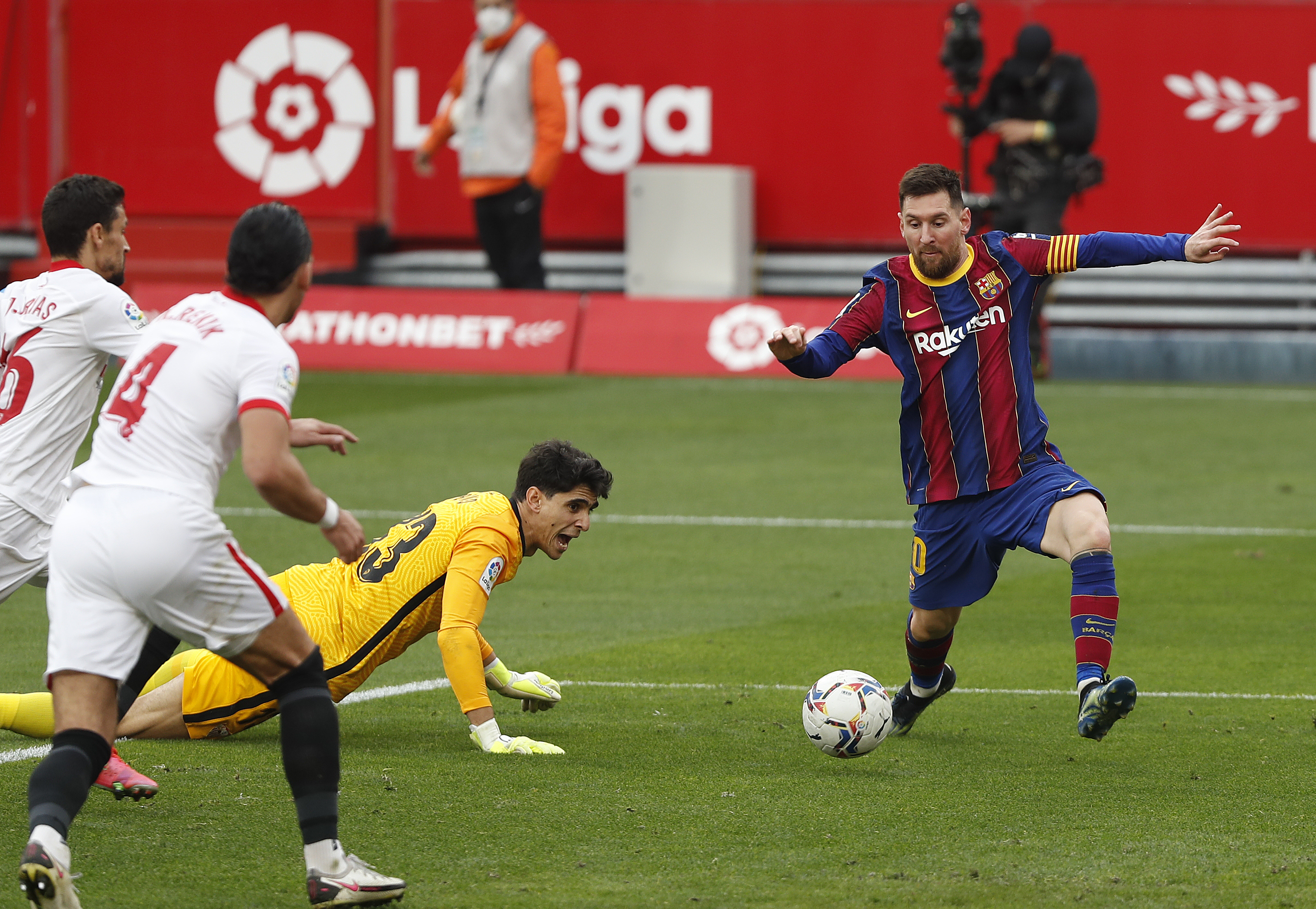 Sevilla improved after the break and went close to equalising when Sergio Dest struck the post as the match approached the hour mark.

But Barca continued to have the edge and found a killer second goal six minutes from time when Messi played a one-two with teenage midfielder Ilaix Moriba before netting with a scrappy finish after having his first effort saved by Bono.

But Messi was perhaps a touch fortunate to escape a second yellow card after a late challenge on Manchester United target Jules Kounde.

Sevilla boss Julian Lopetegui was enraged after Messi escaped punishment and he was booked for his protests.

The result ends a six-game winning streak in the league for Sevilla, who remain fourth in the standings on 48 points.

It was also Ronald Koeman’s side’s seventh straight away victory in LaLiga despite their recent Champions League disappointment.

Real Madrid are one point behind Barcelona, but have a game in hand at home to Real Sociedad on Monday.

Barca and Sevilla will meet at the Nou Camp for the second leg of their Copa del Rey semi-final on Wednesday, with Lopetegui’s side heading into the game with a 2-0 lead.

Barca are continuing to recover from a 4-1 humiliation at the hands of Paris Saint-Germain in Europe last week.