BARCELONA are preparing for crunch talks with superstar Lionel Messi as Manchester City wait in the wings to swoop.

Joan Laporta swept into power as the new president last week on the back of a pledge to keep Messi at the Nou Camp. 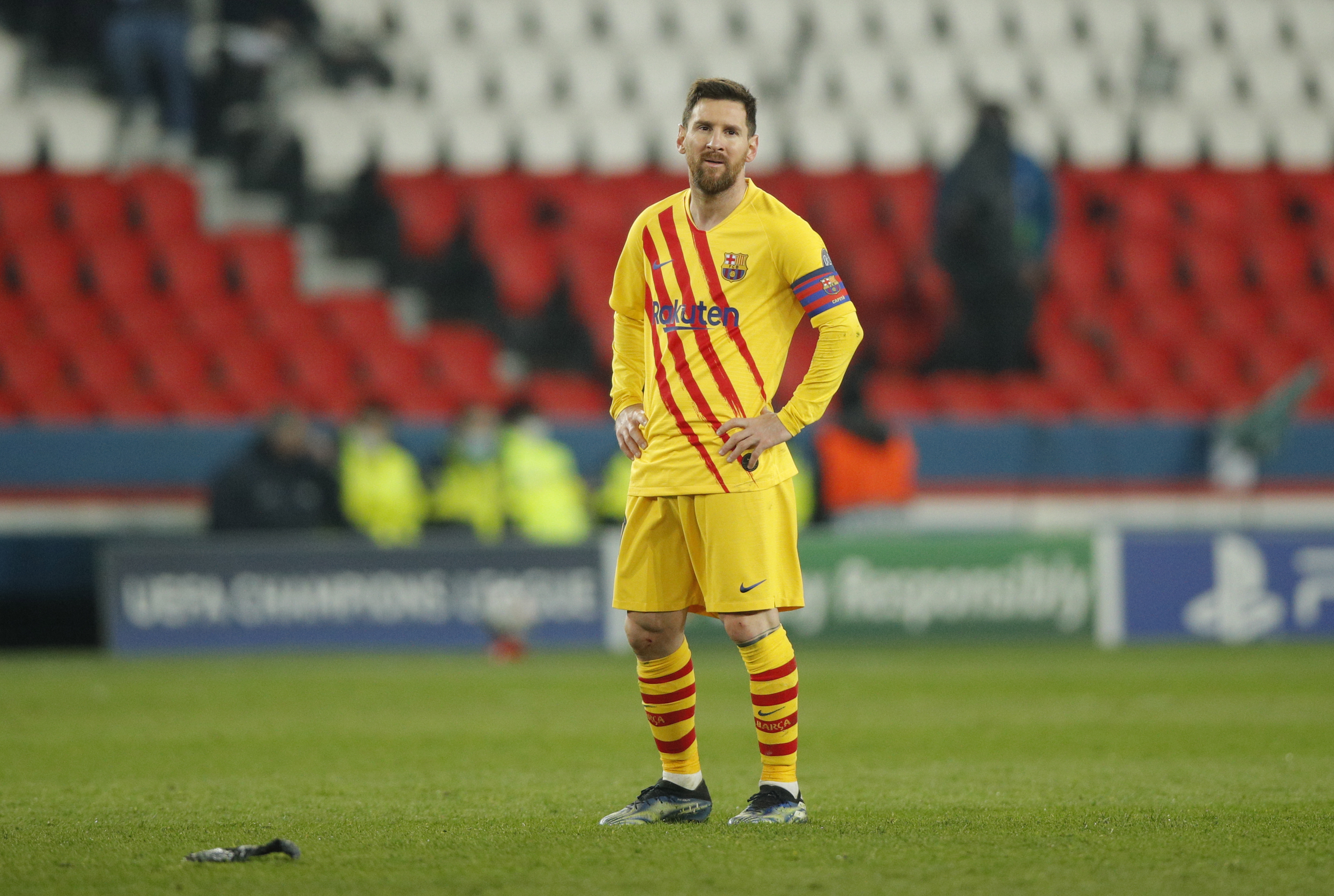 Barcelona star Lionel Messi is out of contract at the end of the season with Man City and PSG keen to sign himCredit: EPA

But his election is no guarantee the Argentinian will commit to a new deal.

Laporta is yet to come forward with an offer for the 33-year-old because he still has not got the financial package in place to restructure debts that experts believe have spiralled to more than £1BILLION.

As the end of his contract nears this summer, it is expected Messi and his father will be invited to sit down for talks within the month.

Then the LaLiga giants will attempt to persuade him to finish his career with them.

Yet SunSport understands Laporta will have to do more than just play fantasy football by promising a series of big names he will sign to rebuild the current squad.

Barca failed to reach the last eight in the Champions League this season — emphatically KO’d by Paris Saint-Germain.

The Messi camp know all too well the financial problems the club are in, and they would need clear proof from Laporta he can deliver on his promises before he entertains the prospect of staying.

He has made it clear he still wants to be competing for — and winning — trophies in the final years of his glittering career, and will only commit to a project which gives him the best opportunity to do that.

It is on this basis that City — and the other interested club, PSG — hope to be able to demonstrate they are in a better position than Barca to match his sporting ambitions.

The Premier League leaders have adopted a soft-touch approach, unwilling to be seen to unsettle the player or his club, with Etihad bosses enjoying a close relationship with those at the Nou Camp.

But if they were given the nod by the Messi camp to come up with a formal offer, they could point to the strong squad Pep Guardiola has in place to compete both domestically and in Europe.

That offer is not so clear-cut for Barca, with Laporta left in no doubt he needs to oversee a rebuild at a time when finances are at an all-time low.

There is a feeling a move to tempt Sergio Aguero to the Nou Camp could help sweeten the package to convince his close friend Messi to stay.

But Barca are still in such financial turmoil while they negotiate a restructuring of their finances with Goldman Sachs they are not even close to being able to put any offer on the table for the 32-year-old City forward.

In pure business terms it has been made clear that the Spanish giants could see their lucrative commercial deals collapse should they lose one of the most recognised faces in global sport.

But Laporta knows his hands are tied until he convinces Messi to stay — and the forward is prepared to wait to see if the president can transform the Catalans before he makes a decision.

It leaves the club in a weak position, knowing the Barca legend will not make a final decision until the middle of the summer, until all suitors show their hands.

PSG knock Barcelona and Lionel Messi out of the Champions League

How much do esports players practice and what age do athletes retire?