CRAIG DAWSON’S transition into the Sergio Ramos of English football continued as he inspired West Ham back into the race for the top four.

Dawson powered home his fourth goal in just 16 appearances for the Hammers before clearing one off the line to deny Leeds – and but for the post he would have had another. 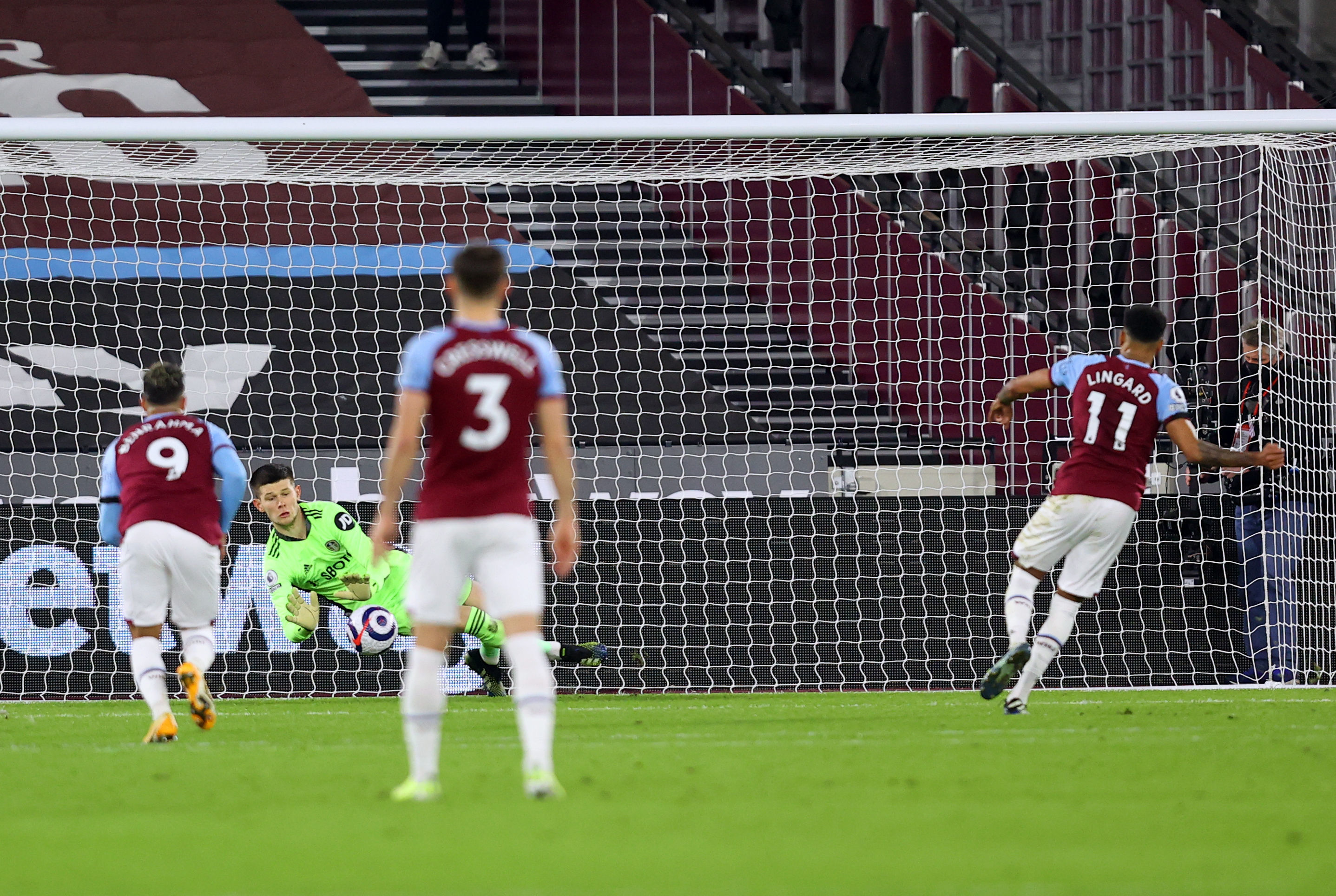 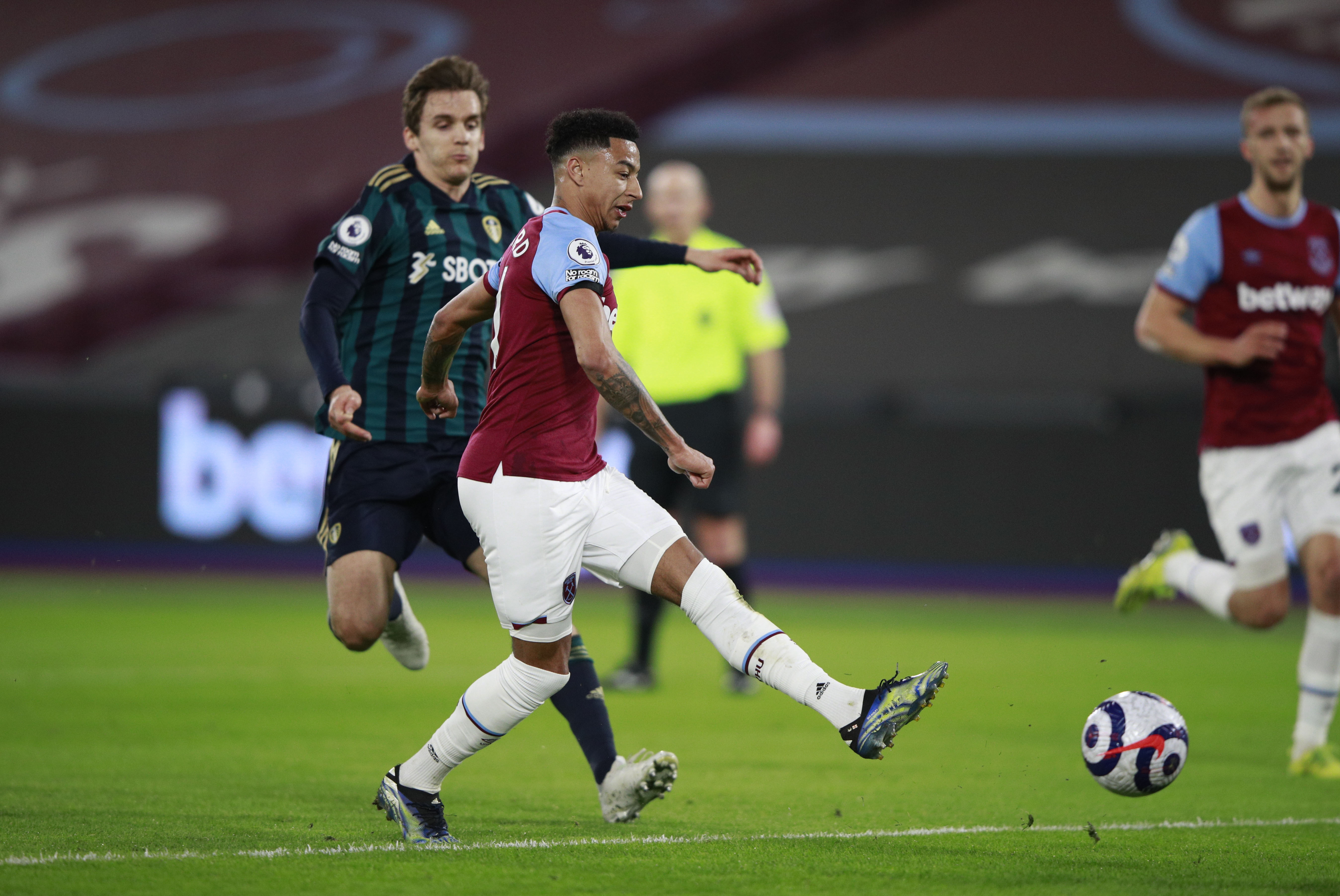 But West Ham ace Linard pounded on the rebound to fire the Hammers aheadCredit: Reuters

Not bad for a 30-year-old who Hammers fans moaned about signing when David Moyes plucked him from the wilderness at Watford just before the summer transfer window slammed shut.

The centre-back is now becoming the kind of talismanic figure at the London Stadium as Ramos is at Real Madrid, mixing no-nonsense defence with an uncanny knack of scoring vital goals.

Dawson’s goal added to Jesse Lingard’s opener and ensured the East End boys kept the pressure up on their West End rivals Chelsea in the hunt for Champions League football.

How Leeds ended this match without a goal will be a question they will be asking of themselves for days to come.

But for the finest of margins, Marcelo Bielsa’s men could have been two up in the opening ten minutes as they ran riot from the start.

Tyler Roberts thought he had opened the scoring on six minutes when he arrived to tuck home a low cross from Helder Costa six-yards out, but assistant referee Derek Eaton flagged for offside.

When VAR checked it, the official was shown to be right by the narrowest of margins as the knee-cap of Costa was  just the wrong side.

Linesman Eaton again had the eyesight of a marksman three minutes later to spot the ball had just gone out of play as Raphinha crossed from the left for Patrick Bamford to fire into the back of the net.

4 – Jesse Lingard has scored four goals in six Premier League appearances for West Ham, as many as he netted in his previous 38 games in the competition for Man Utd. Rebound. #WHULEE pic.twitter.com/8J4bnBTtTy 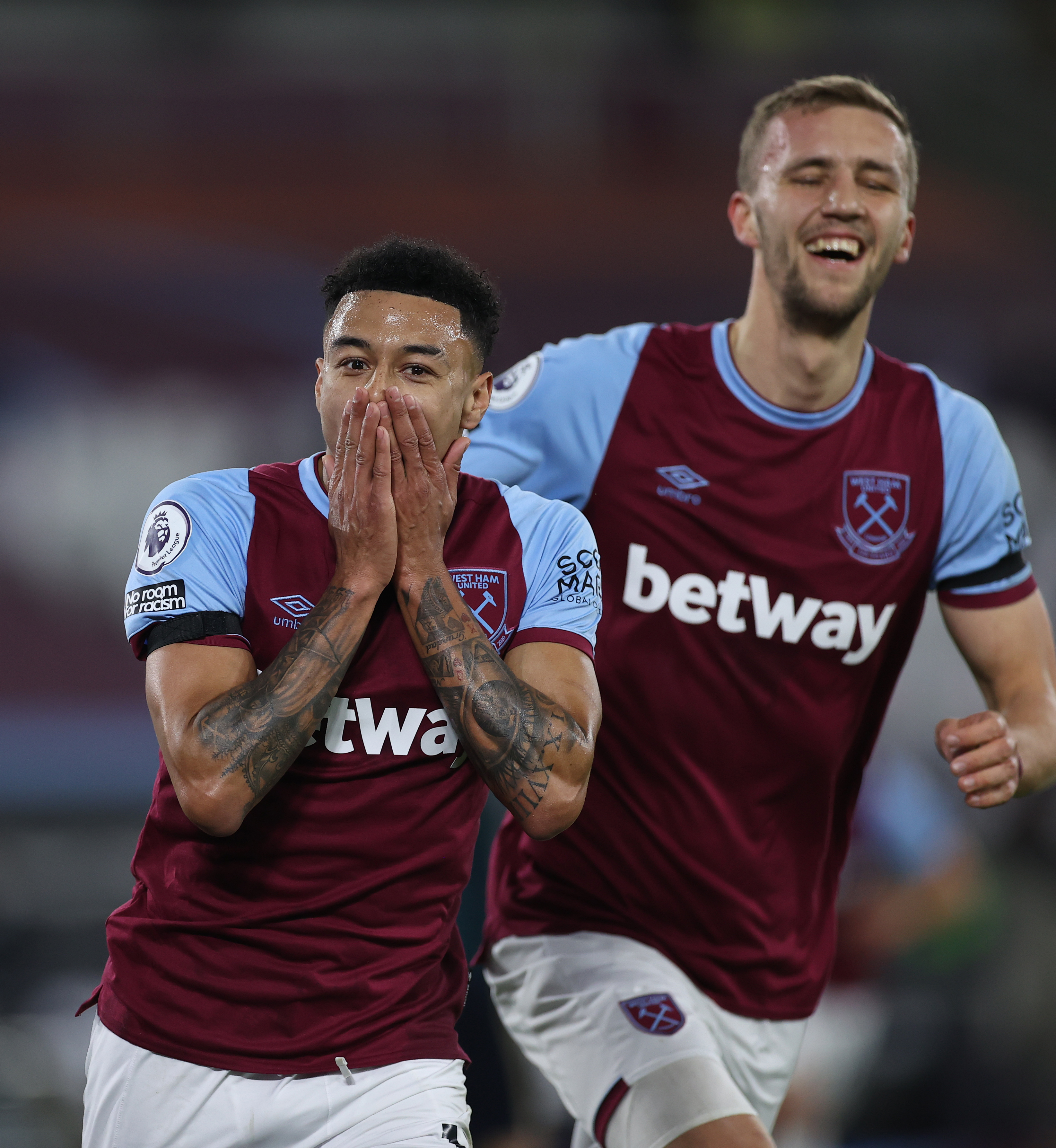 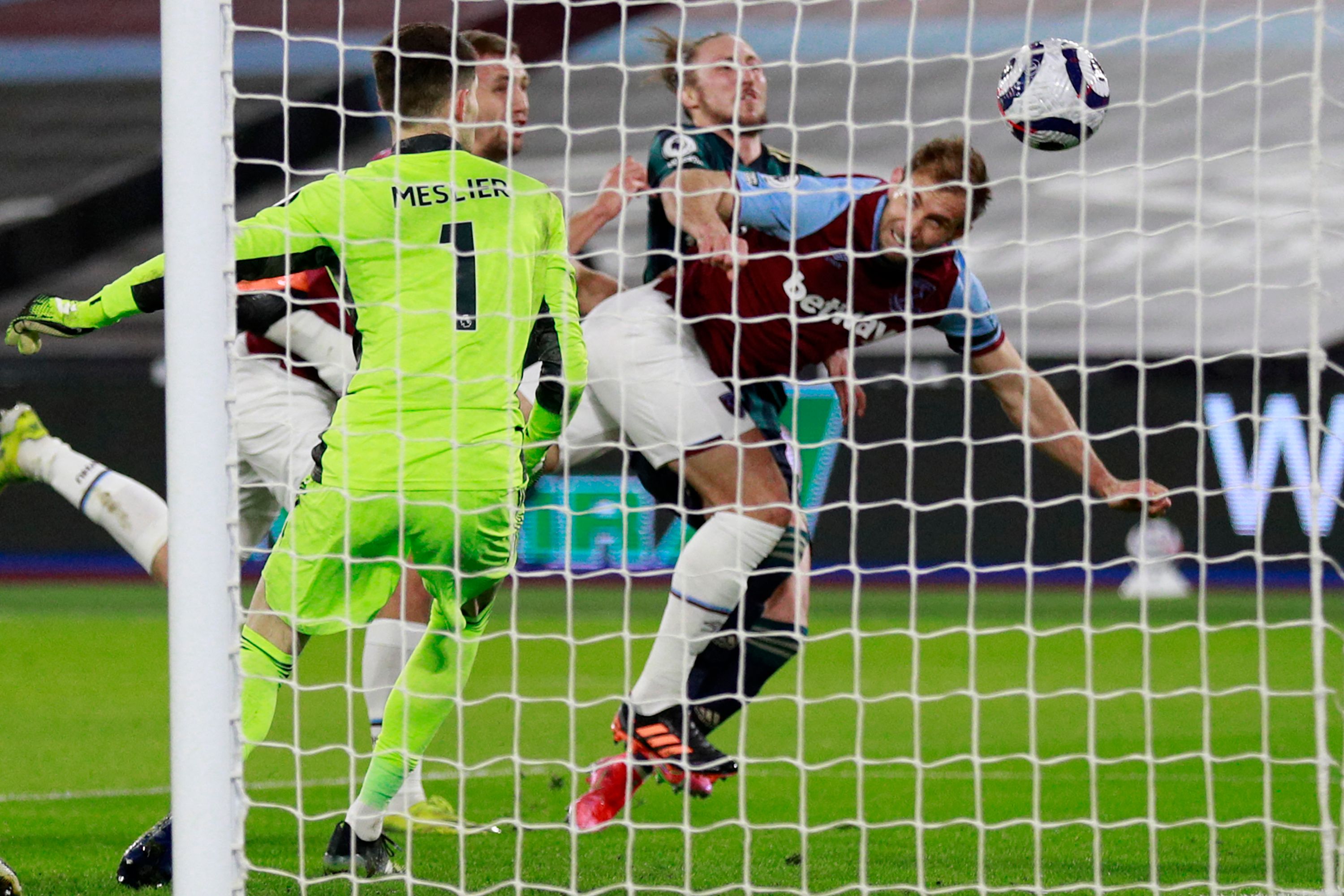 West Ham had been let off the hook twice, and boss Moyes was fuming at that point, dishing out a string of rollickings in an attempt to spark his players into life.

One of the marks of this Hammers side, though, is coming through difficult patches to impose themselves on the game – and they did so again here.

Lingard and Said Benrahma combined with a lovely one-two, sending the England man surging into the area where he was upended by a rash challenge from Luke Ayling and ref Mike Dean pointed straight to the spot.

It was Lingard who took responsibility with the penalty, but he was lucky as Illan Meslier parried his poor shot back into his path to fire home the rebound and give West Ham the lead on 20 minutes.

From that moment the handbrake came off the Hammers and they could have been out of sight by the break, helped by some madcap defending by Leeds.

The second goal arrived eight minutes after the opener as the visiting defence jumped ship dealing with Aaron Cresswell’s corner to allow Craig Dawson a free run to head into the net.

Dawson then crashed another header against the post while Benrahma went close three times to scoring his first goal for the Hammers.

Yet after the break Leeds came out firing again, and Bamford was guilty of a shocking miss when he fired wide on 47 minutes with just Lukasz Fabiasnki to beat. 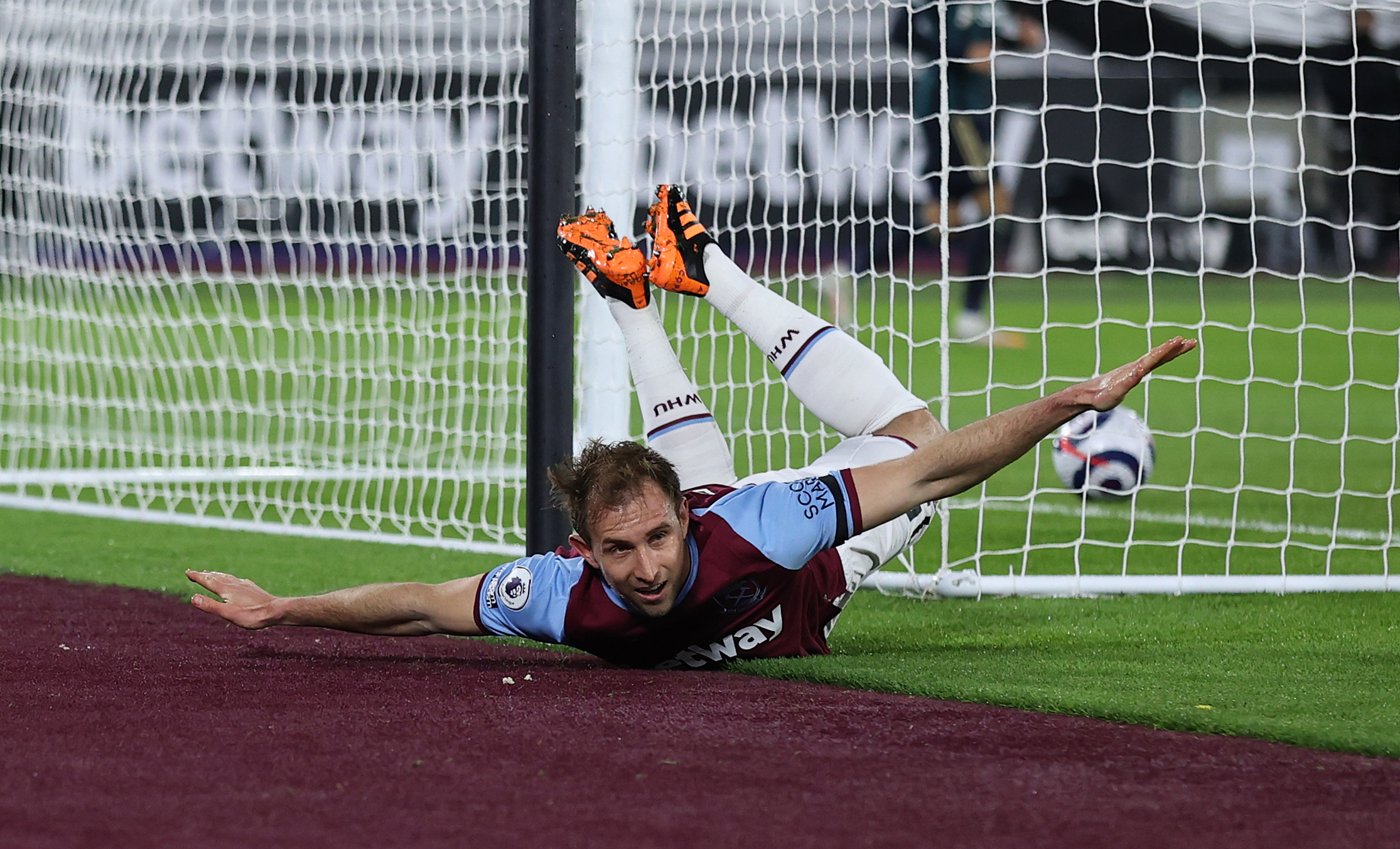 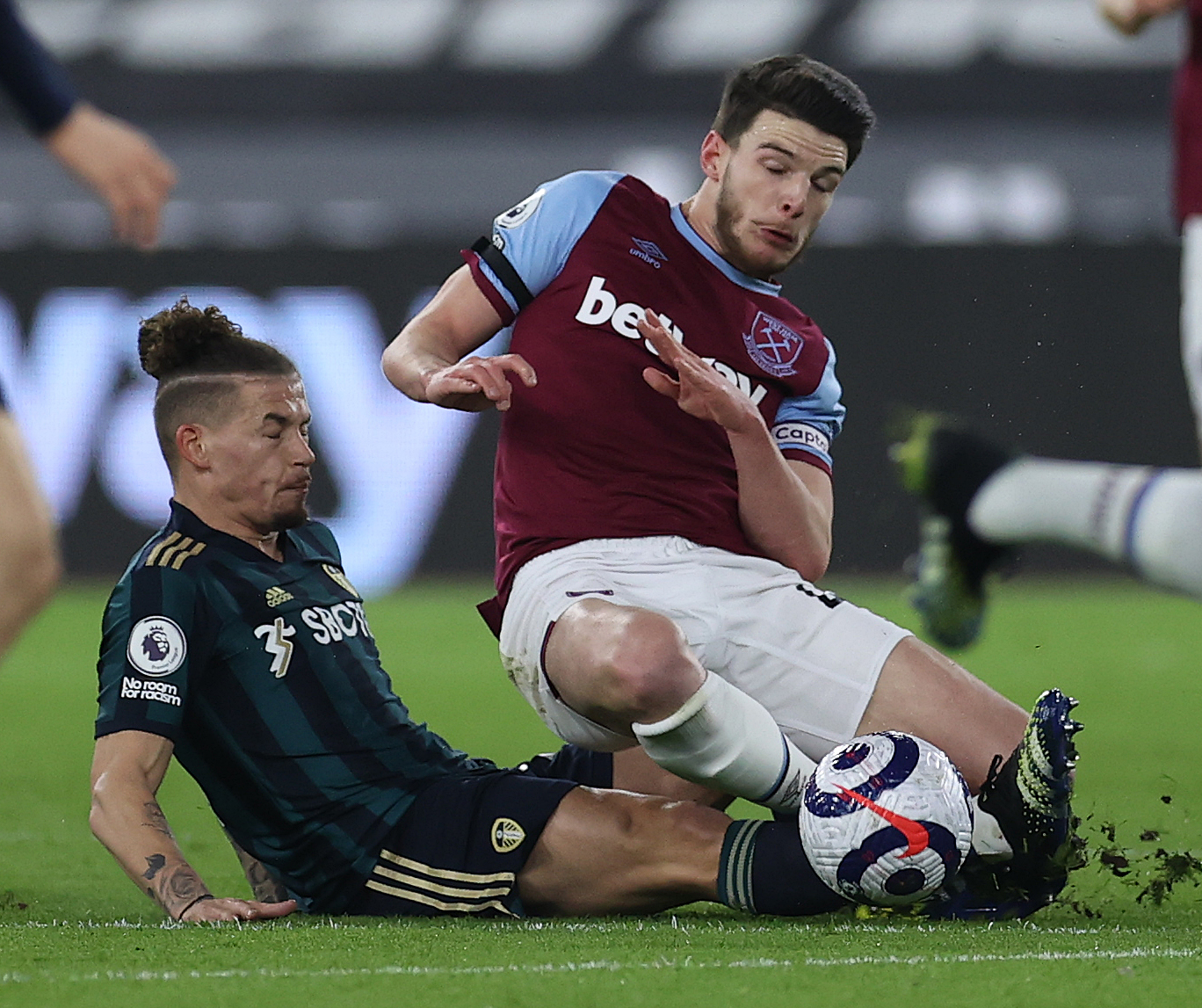 Declan Rice yet again impressed for West Ham during the clash against the WhitesCredit: Eddie Keogh Telegraph Media Group

The Polish keeper then flew full stretch to turn away a wonderful overhead kick from Raphinha which was heading for the top corner.

It was a crazy opening to the second half, which then saw Pablo Fornals send a 25-yard volley dipping against the crossbar.

The chances continued to flow at both ends, with Declan Rice seeing two efforts blocked by Leeds arms, though neither warranted a penalty.

Then on 64 minutes Raphinha’s luck was again out as he connected sweetly with a powerful shot which would have nestled into the back of the net had it not been straight at Fabianski.

Leeds were holding their heads in frustration again on 77 minutes when Bamford spurned another golden opportunity, blazing his effort high over the bar when unmarked eight yards out.

And the Yorkshire club knew their luck was out four minutes from time when Dawson hacked off his own line to prevent Vladimir Coufal scoring an own goal.