KELECHI IHEANACHO was gutted when he couldn’t get a ticket for the 2008 FA Cup final and missed his hero Nwankwo Kanu’s famous cup-winning goal for Portsmouth.

However, unlike hundreds of thousands of unlucky fans, Iheanacho wasn’t looking for a Wembley brief. 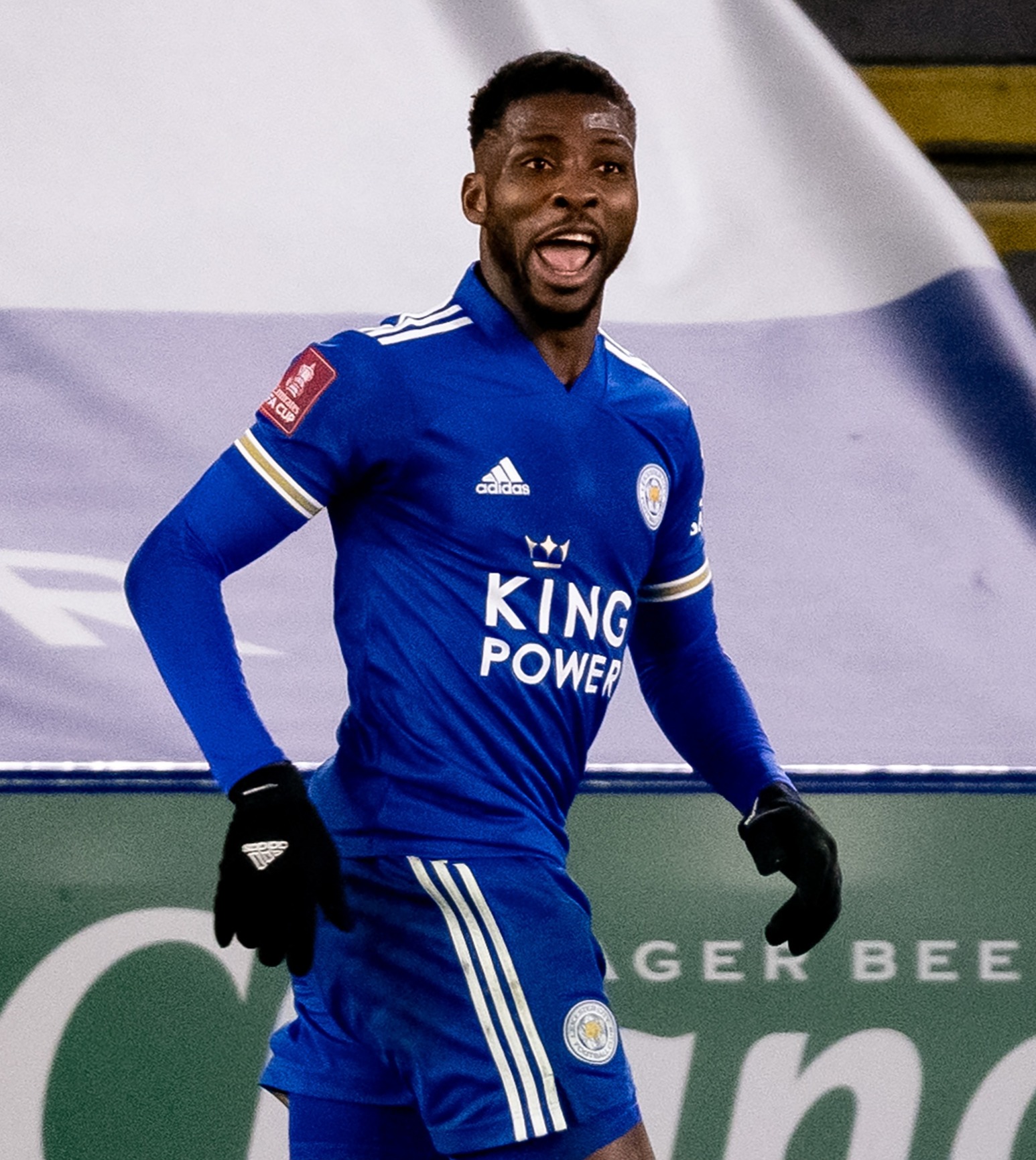 Kelechi Iheanacho could follow in the footsteps of hero Kanu by winning the FA CupCredit: Getty

The youngster, who was only 11 at the time, couldn’t scrape up the cash for a ticket to watch the action on a TV set at his local youth centre in Owerri, Nigeria, where he and Kanu both grew up as kids.

Now, the Leicester City striker intends to follow in Kanu’s legendary size-15 footsteps at Wembley tomorrow, by booking his ticket for this year’s FA Cup final at Southampton’s expense.

Iheanacho says he was inspired by his famous predecessor and was heartbroken at missing his finest hour for Pompey.

He said: “Kanu was a huge inspiration for me because he came from the same city as me.

“He used to come back to Nigeria and train with us in our academy when he was playing for Portsmouth.

“Our coach told us a lot about him and then he started to come and train with us. It was so good.

“I looked up to him and he always spoke to me and encouraged me.

“I used to enjoy watching the FA Cup final when I was a kid but I missed the famous one where he scored the winning goal for Portsmouth. 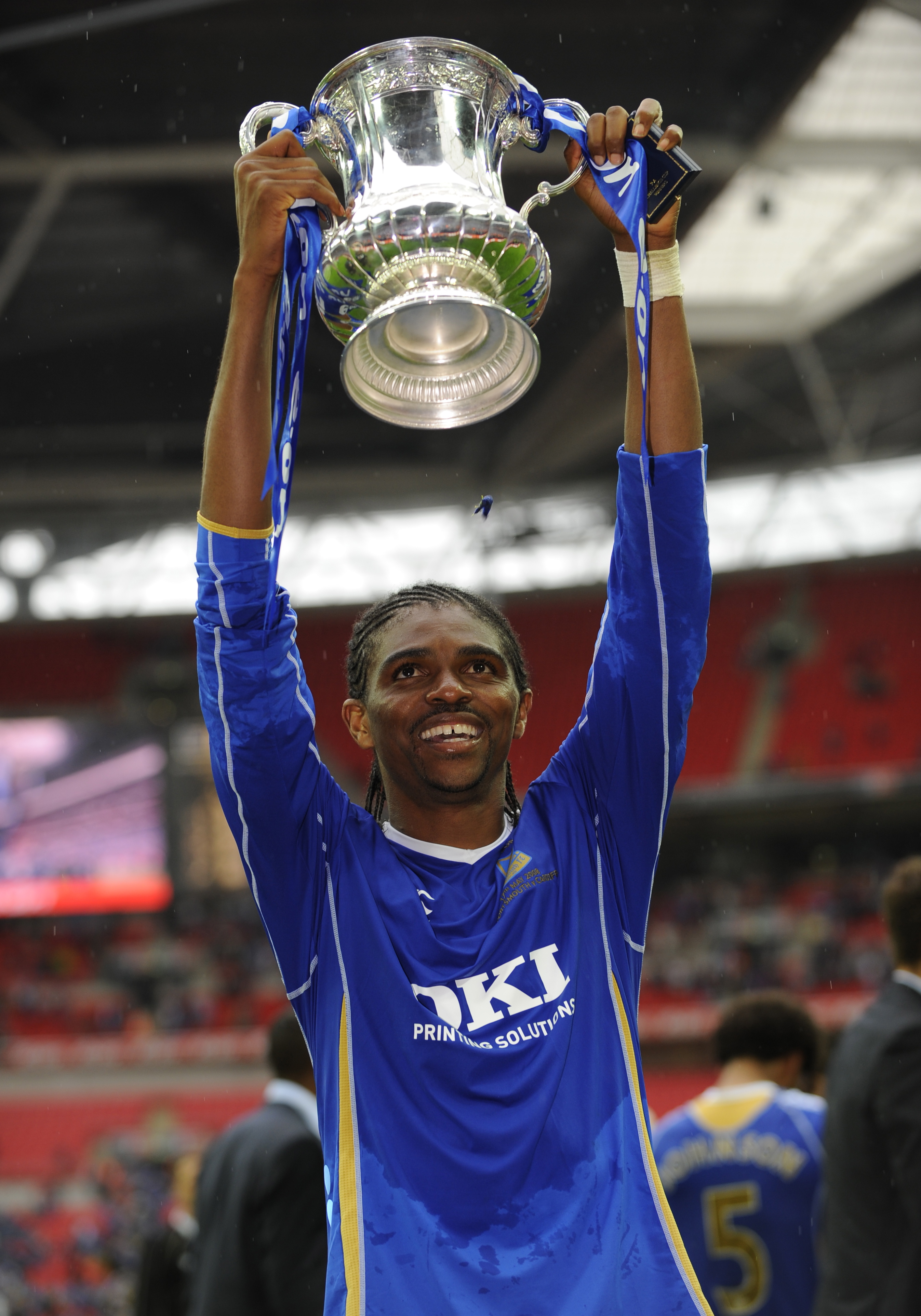 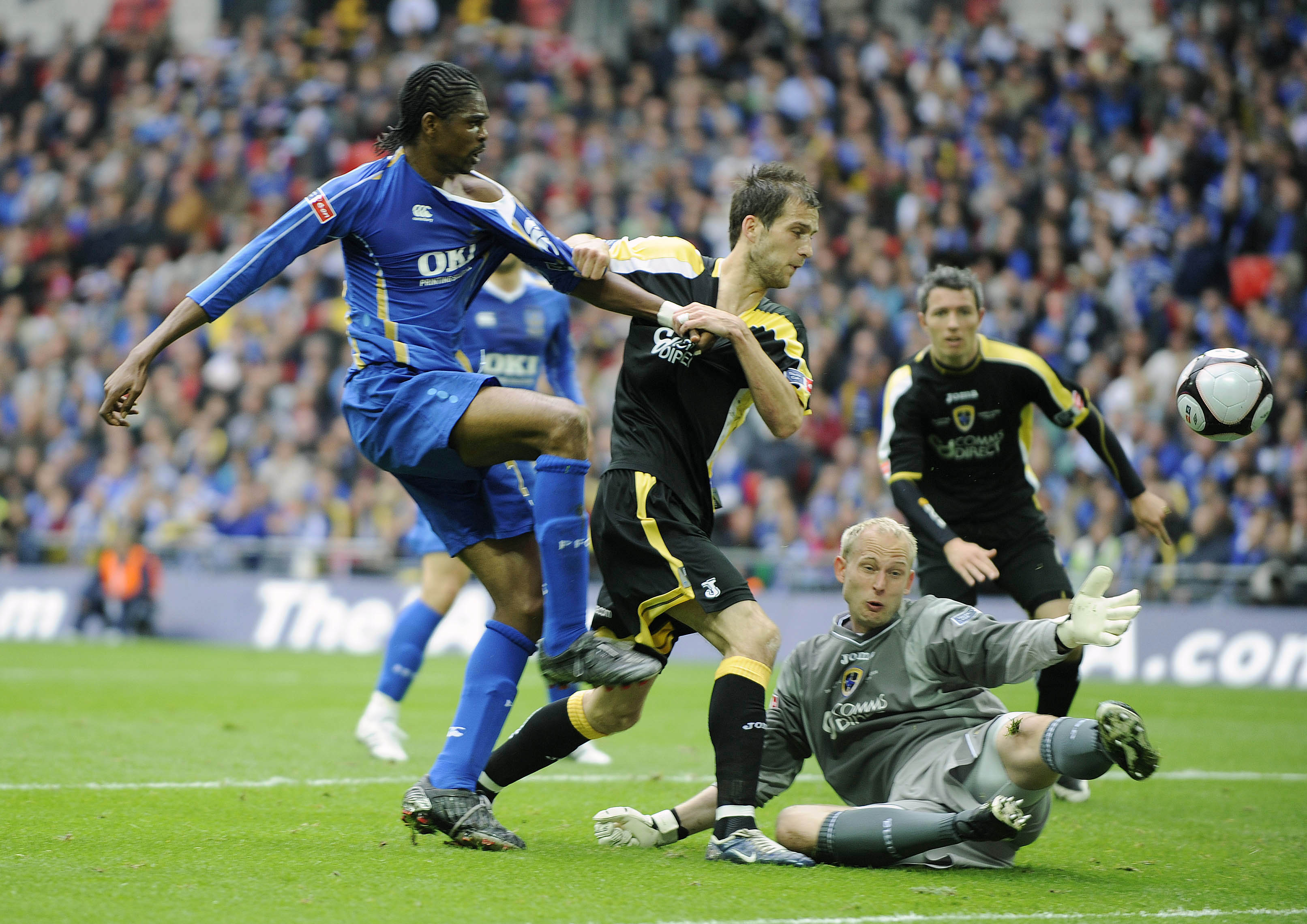 “He was known as King Kanu and they gave him a crown at the end, the lid of the trophy or something like that.

“I couldn’t get to watch it myself because it was only being shown at the local youth centre and you had to pay to go in.

“But I only heard about one of Kanu’s most famous games from those people who had tickets and were able to go in.

“I never thought that one day I would play in the same league Kanu played in. I was lucky, now I have a chance to play in an FA Cup final too if we win, so I’m really happy to be playing at Wembley in the semi-final.”

As if having Jamie Vardy to worry about wasn’t bad enough, Saints defenders will also have to deal with Africa’s greatest-ever FA Cup goalscorer – a title Iheanacho assumed after his double put Manchester United to the sword in the last round.

Iheanacho’s staggering haul of 13 goals in 18 FA Cup appearances has seen him not only overtake his hero Kanu (7 goals in 27 FA Cup apps), he has now eclipsed previous record-holder Didier Drogba (12 goals in 29 FA Cup apps) too.

“It means a lot to me,” confessed the 24-year-old who should have many more years to set a new milestone which could last for decades.

“Hopefully I can get to score more and some time someone else can come and break my record. 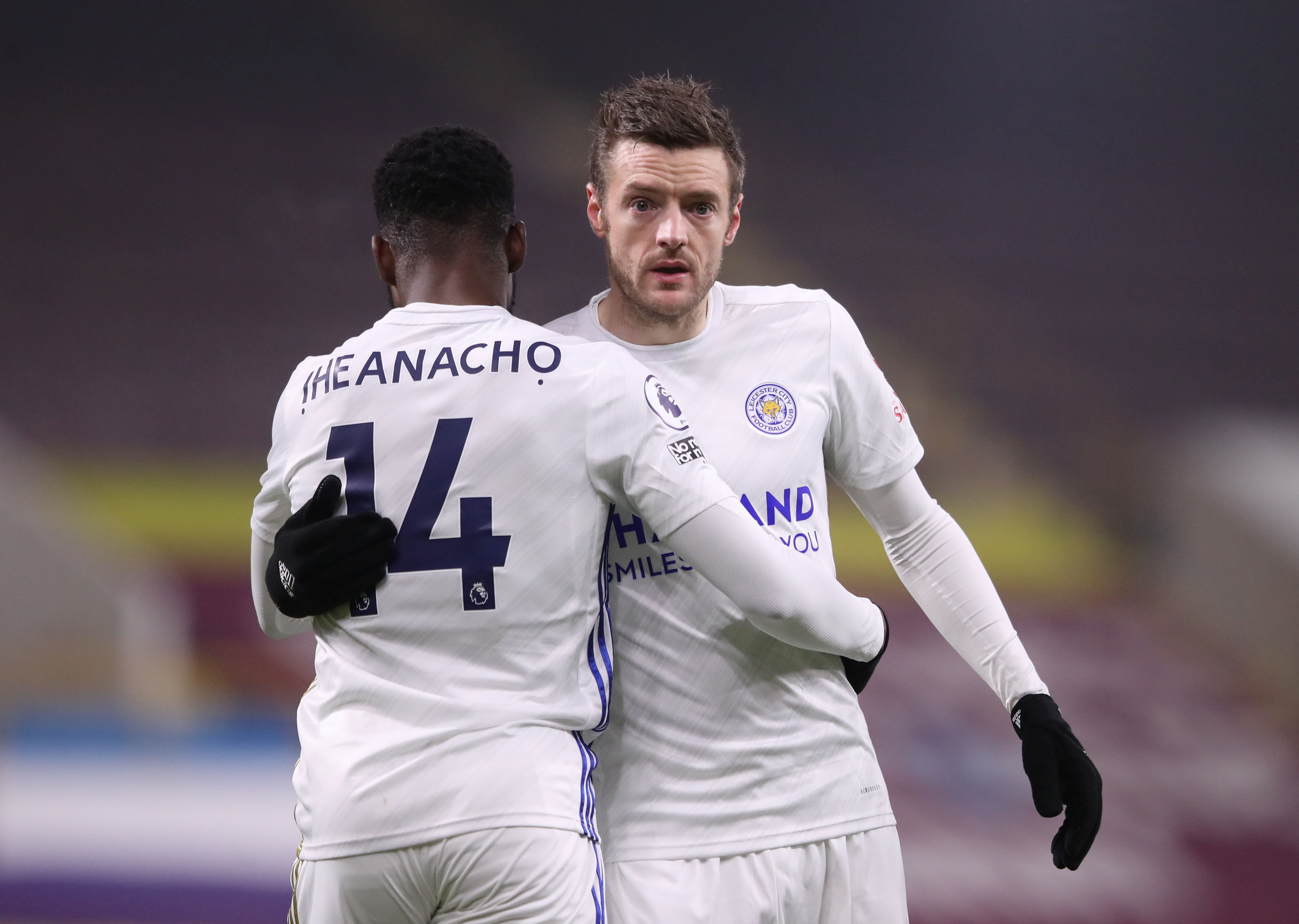 Iheanacho has formed a blistering strike partnership with Jamie Vardy at LeicesterCredit: Reuters

“I’m just really happy that I have achieved that, most importantly as it’s ahead of legends in the Premier League like Didier Drogba and Kanu. It’s unbelievable.”

After years of playing the role of apprentice to striking sorcerer Jamie Vardy, Iheanacho has finally come of age for Leicester this season.

He heads to Wembley having scored nine goals in his last six games for the Foxes.

Meanwhile his goals per minute ratio of a goal every 92 minutes is by far the best in the Premier League, now he has overtaken Everton’s Dominic Calvert-Lewin (105 minutes).

It’s hard to believe it’s not so long ago he went through an agonising year between September 22, 2018 and September 28, 2019 without scoring a single goal.

His faith helped him through the longest goal drought of his career – likewise his belief that his mother, Mercy, who died following a short illness in 2013, still watches over him.

After scoring a stunning hat-trick against Sheffield United on Mother’s Day an emotional Iheanacho dedicated his goals to mothers everywhere. 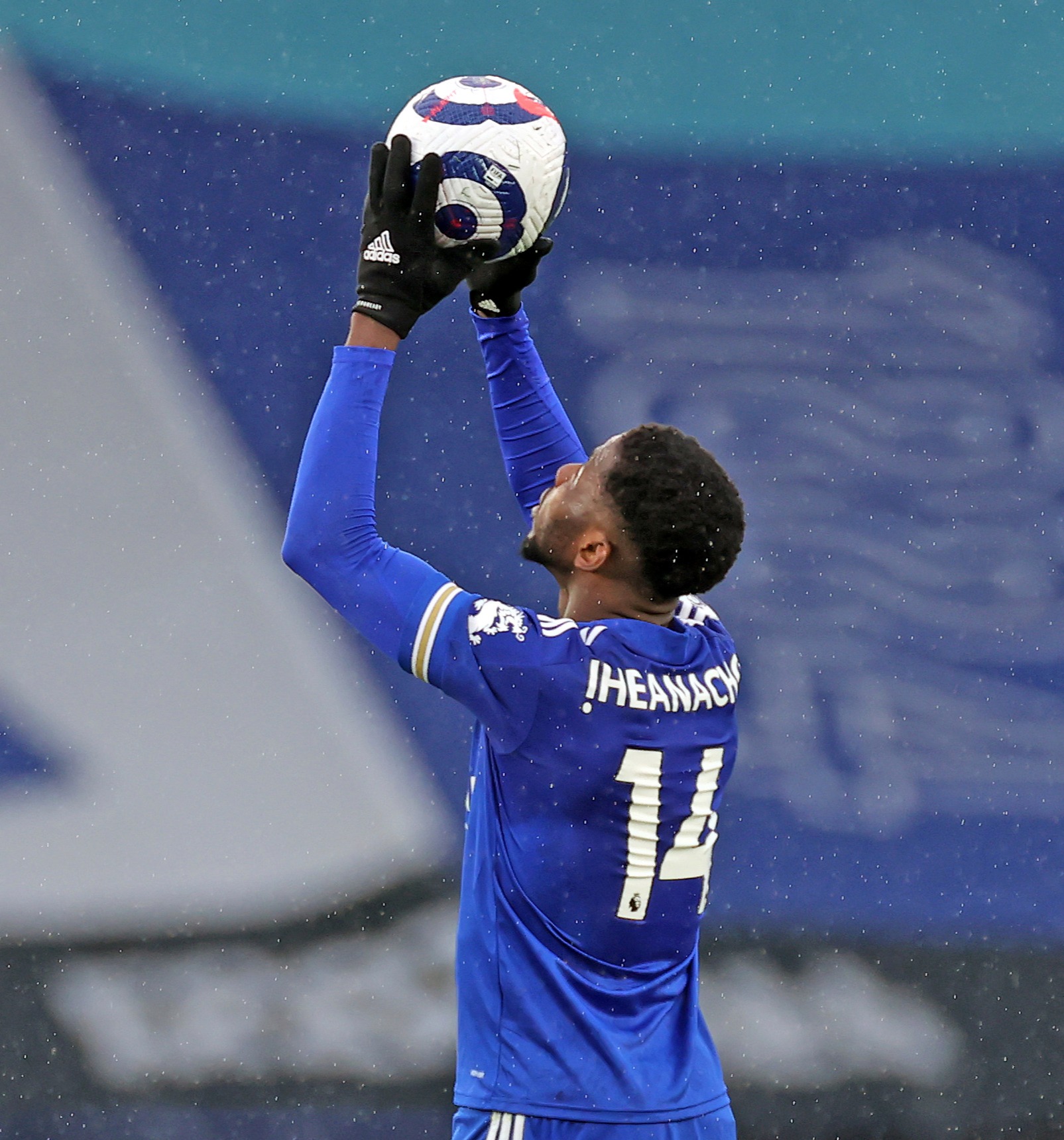 Iheanacho saluted all the mothers in the world when he scored his hat-trick against Sheffield UnitedCredit: Marc Aspland

Now as he heads for Wembley, he says: “I am a Christian by faith and I believe that no matter how bad things get, something good is waiting for you.

“My worst fear in life was to lose my mum and there isn’t a day when I don’t remember her. There is nothing that could scare me any more in this life.

“I know she is behind me. Every day I see her when I think about her – for the rest of my life the memories will always be there.”