ANTHONY MARTIAL was involved in an awkward moment with Kylian Mbappe as he hobbled off injured for France last night.

The Manchester United star started for his country ahead of the PSG man against Kazakhstan in their World Cup qualifier. 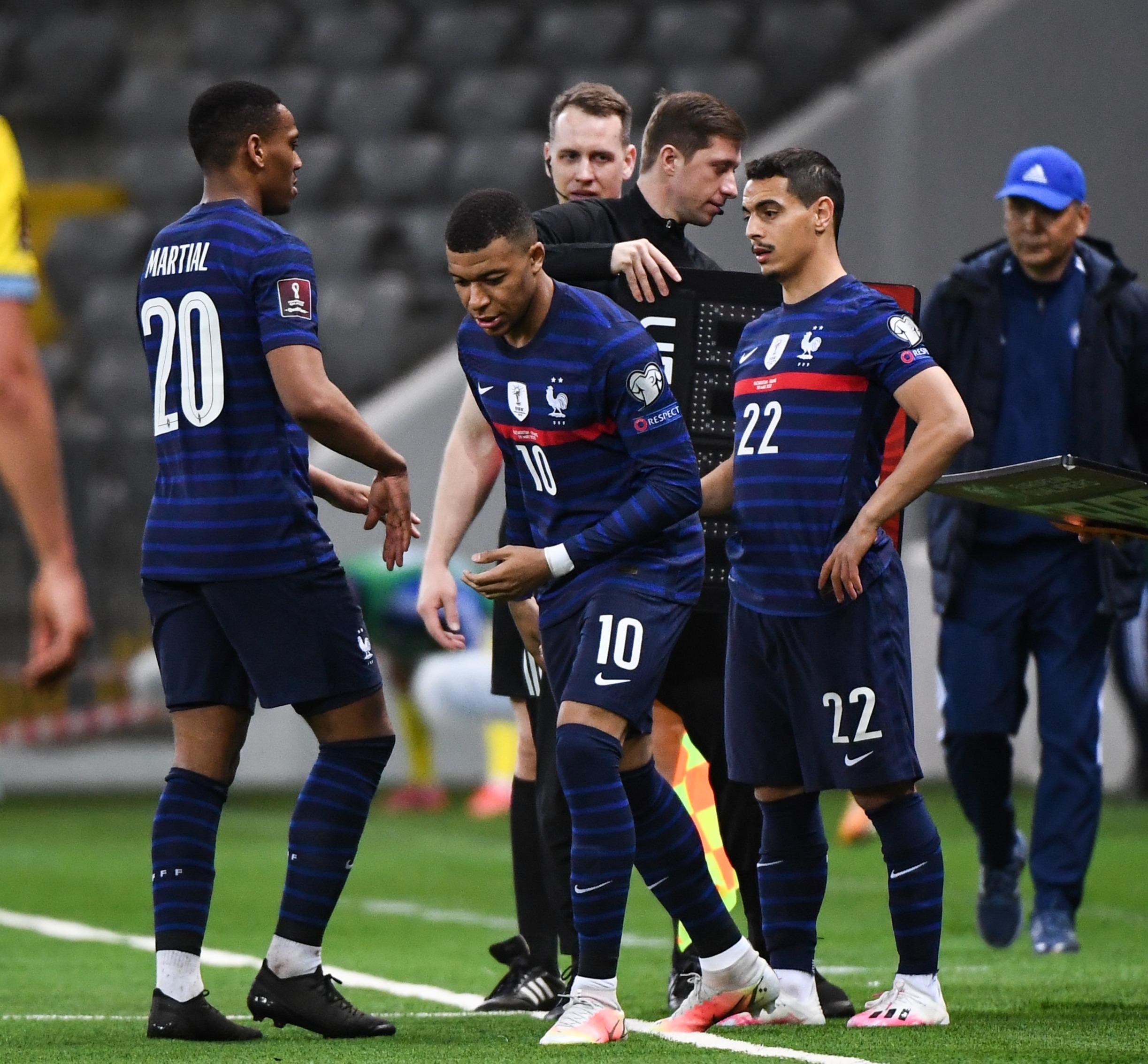 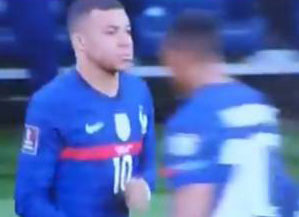 The Man Utd star failed to perform the customary handshake gesture when he was subbed offCredit: Twitter 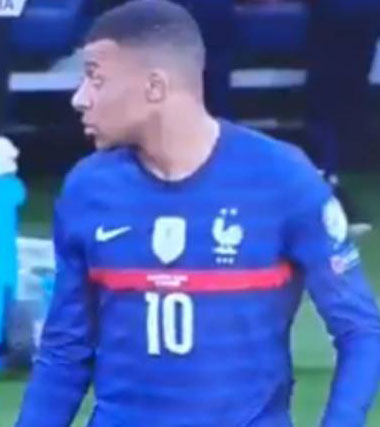 That left the PSG forward looking bemused as he entered the frayCredit: Twitter

Following the 1-1 midweek draw with Ukraine, French boss Didier Deschamps opted for Martial in his starting XI instead of Mbappe.

And he was rewarded as the 25-year-old set-up Ousmane Dembele for the opening goal of the 2-0 win after a great pass by his club-mate Paul Pogba.

However, Martial’s appearance was cut short just before the hour mark when he suffered a blow.

He was replaced by Mbappe, who later missed a penalty, but as his countryman went to give him the customary handshake, Martial failed to respond.

United boss Ole Gunnar Solskjaer will now be swearing as he waits to discover the extent of the damage to his forward.

Martial has only just returned to fitness after he hurt himself in the Europa League first-leg clash with AC Milan.

That forced him out of the Red Devils’ Premier League win over West Ham and the return match with the Italian side.

He returned for the FA Cup defeat at Leicester but could now be set for another spell on the sidelines.

Solskjaer is already worrying about the fitness of two of his other attackers.

Marcus Rashford missed out on the international break with England through injury.

And Edinson Cavani has also had injury problems for the Old Trafford outfit.

United return to action on Sunday in the top-flight with a home clash against Brighton.

Martial has scored just seven times for club and country this term in 45 appearances with his last goal coming in the 9-0 win over Southampton on February 2.