FOR once, the champions enjoyed some fortune…

Although judging by what has happened over these wretched six months for the champions, it could be a one-match lucky streak. 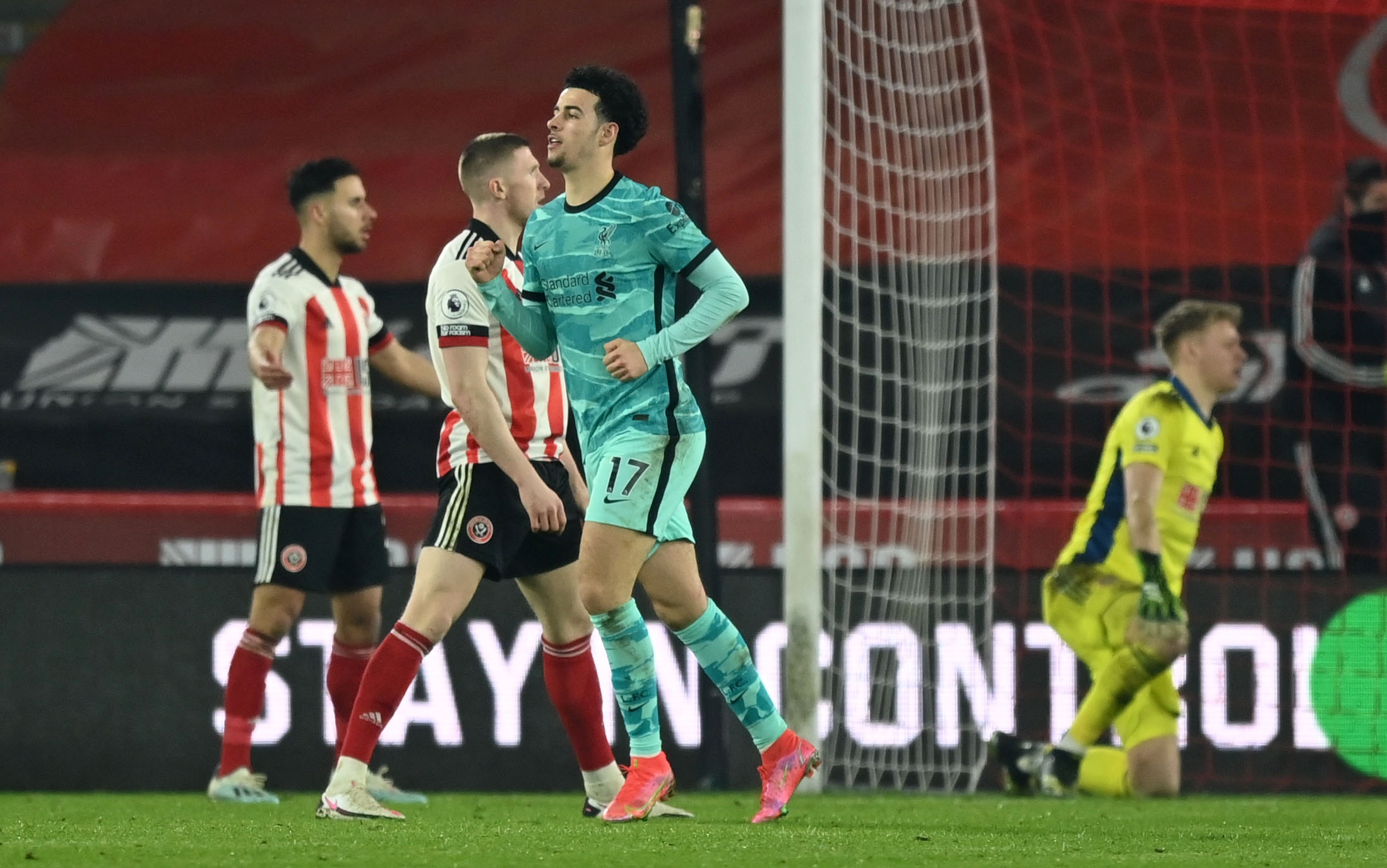 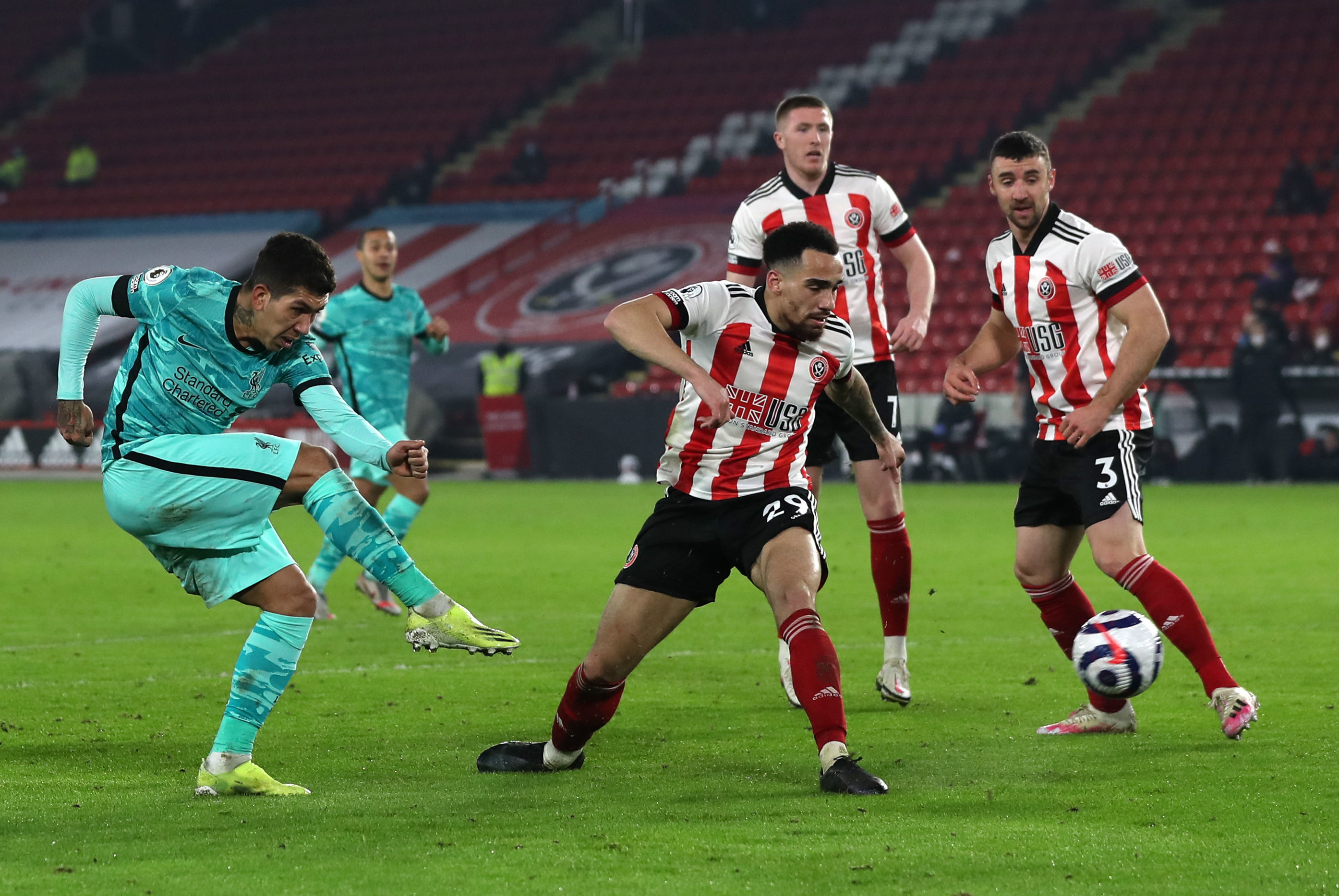 Roberto Firmino’s shot deflected off Kean Bryan and over Aaron Ramsdale into the back of the netCredit: PA:Press Association

But the Premier League table actually looks better for Liverpool – rather than worse – after a round of matches.

And it has been a good while before we have been able to say that.

The absence of keeper Alisson due to the tragic death of his father, and an injury to Jordan Henderson were merely the latest blows for Jurgen Klopp to deal with.

Blades keeper Aaron Ramsdale then decided to deliver the best 45 minutes of his career with an absolutely unbelievable, super-human performance with five terrific stops.

Yet after escaping a comedy own goal by defender Ozan Kabak – with VAR confirming an offside – Curtis Jones settled the nerves with the opening goal.

But that was only after VAR proved that Trent Alexander-Arnold had kept the ball in and to the naked eye, it looked a close call.

To sum up Liverpool’s evening, the second was put down to an own goal by Kean Bryan because Roberto Firmino’s shot was going wide.

With all four teams above Liverpool failing to win, although Chelsea and Manchester United were playing each other – it was a decent weekend for Klopp. All things considered.

The fact Manchester City are 21 points ahead is still incredibly embarrassing for everyone at Anfield.

But the bare minimum in the League is a Champions League spot and while this is by no means a banker, at least Liverpool stopped the rot after four successive League defeats.

7,000 – Liverpool’s second goal was their 7,000th in the English top-flight, becoming only the second team to reach that tally, after Everton (7,108 goals). Milestone. pic.twitter.com/8r1a2CDJVY 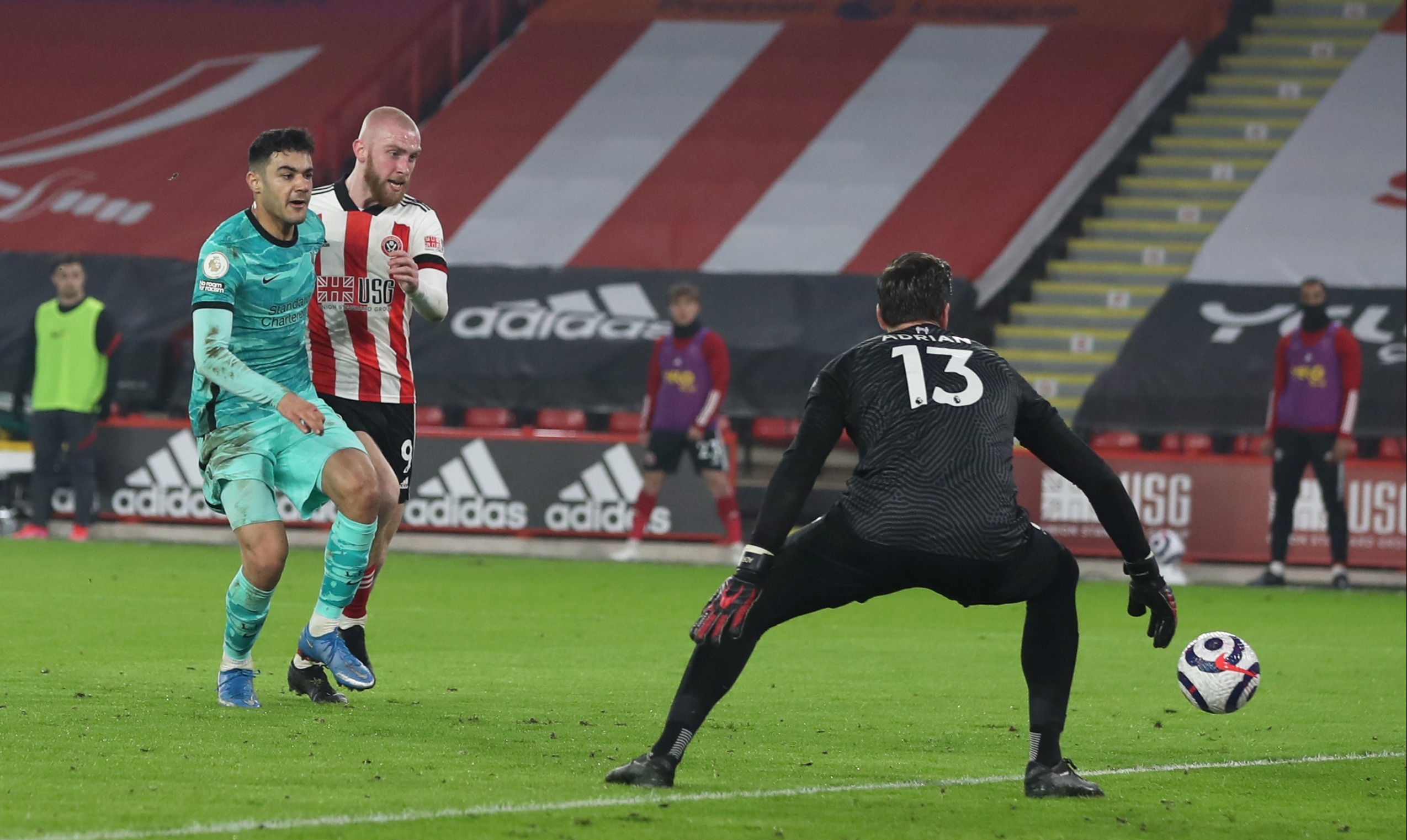 Ozan Kabak inadvertently turned into his own net but was spared by the assistant’s flagCredit: Getty – Pool

Although considering the opposition, who are now on a similar run, no-one on Merseyside will be getting carried away with things.

But here was a much better performance from the struggling Trent Alexander-Arnold, Jones fought hard in midfield and Nat Phillips dealt with the home side’s physical threat up front.

Due to Alisson’s absence, Adrian, 34 was handed only his sixth appearance of the season and the last one came in a 1-0 Champions League win at Ajax in October.

And he did well enough with a couple of first half stops, first to keep out a far post header from David McGoldrick who beat Sadio Mane a bit too easily.

Adrian then kept his concentration to push away a shot from McGoldrick which took a nasty deflection off Oli McBurnie.

Yet Blades keeper Ramsdale completely stole the show with an absolutely magnificent spell.

He used his legs to keep out shots from Firmino and Mo Salah when both looked certain to score.

He pushed away a cross from Andy Robertson which was going to dip under the bar and over the line while Ramsdale made further fine saves from Alexander-Arnold and Gini Wijnaldum.

Some of Liverpool’s build-up play was decent and they should have been home and dry by half-time.

Yet the Reds still did their best to trail 1-0 at the break.

Liverpool’s fortune then changed three minutes into the second half when Jones finally found a way past Ramsdale.

Alexander-Arnold did well to keep the ball in play but there was a nervous wait for Jones before only his second Premier League goal was confirmed.

He has only been here a few weeks but Kabak came close to delivering an entry for one of the cock-ups of the season.

The Turk stuck the ball past Alisson after failing to deal with Enda Stevens’ ball over the top and was lucky that McBurnie was offside.

McBurnie wasted a chance to level with a free header and despite a couple of other scares, Liverpool grabbed a second to avoid any more dramas. 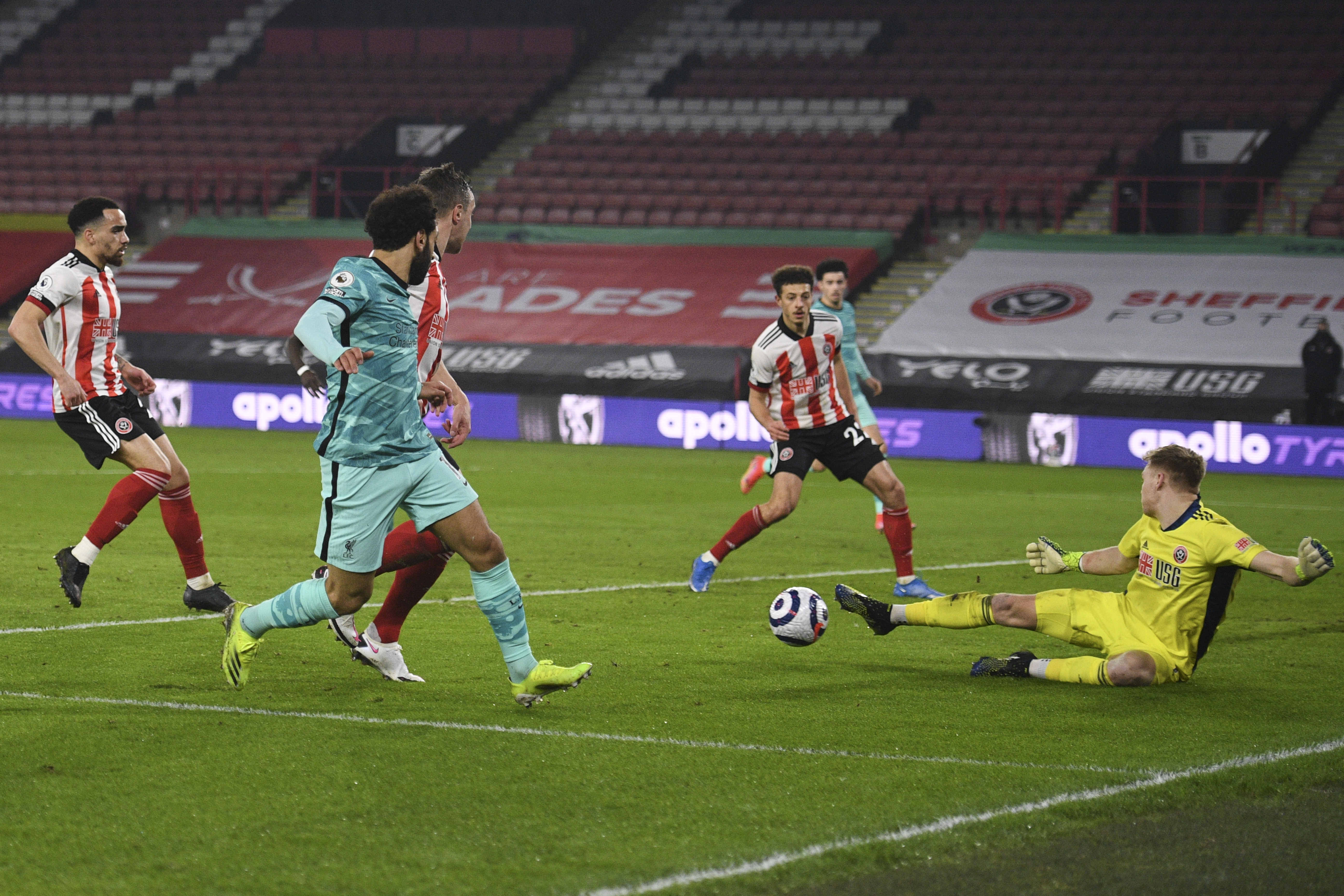 Ramsdale was in inspired form between the sticks for the hosts with five first-half savesCredit: AP:Associated Press 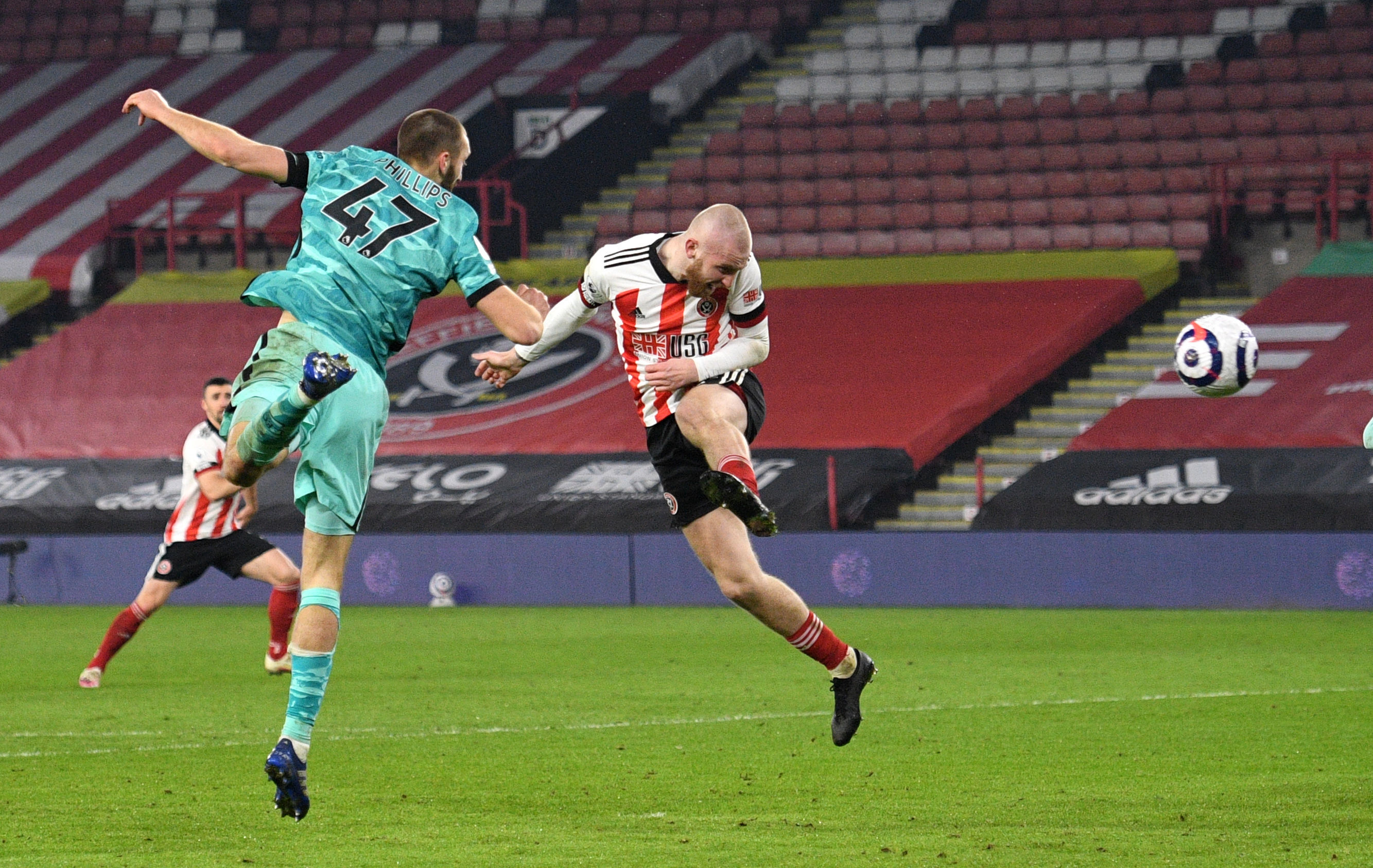 Oli McBurnie squandered a glorious chance to drag the hosts back into the contestCredit: PA:Press Association

There was also a hint of Maradona in the way he dropped his shoulder and danced past some challenges before shooting, although he was helped with the deflection off Bryan.

The terrible run had to end eventually but with this patched-up team, it is still difficult to see them putting a really strong run together.

But due to the inconsistency of everyone other than City, maybe they have a chance.

The visit of Chelsea will give them a better idea of whether they can finish fourth.

Even so, Klopp will be glad when this season is over.

The trip to South Yorkshire was 20 years to the day that Klopp started out life as a manager, guiding Mainz to a 1-0 win over Duisburg.

But for Klopp, the first two months of 2021 will have felt like a decade. 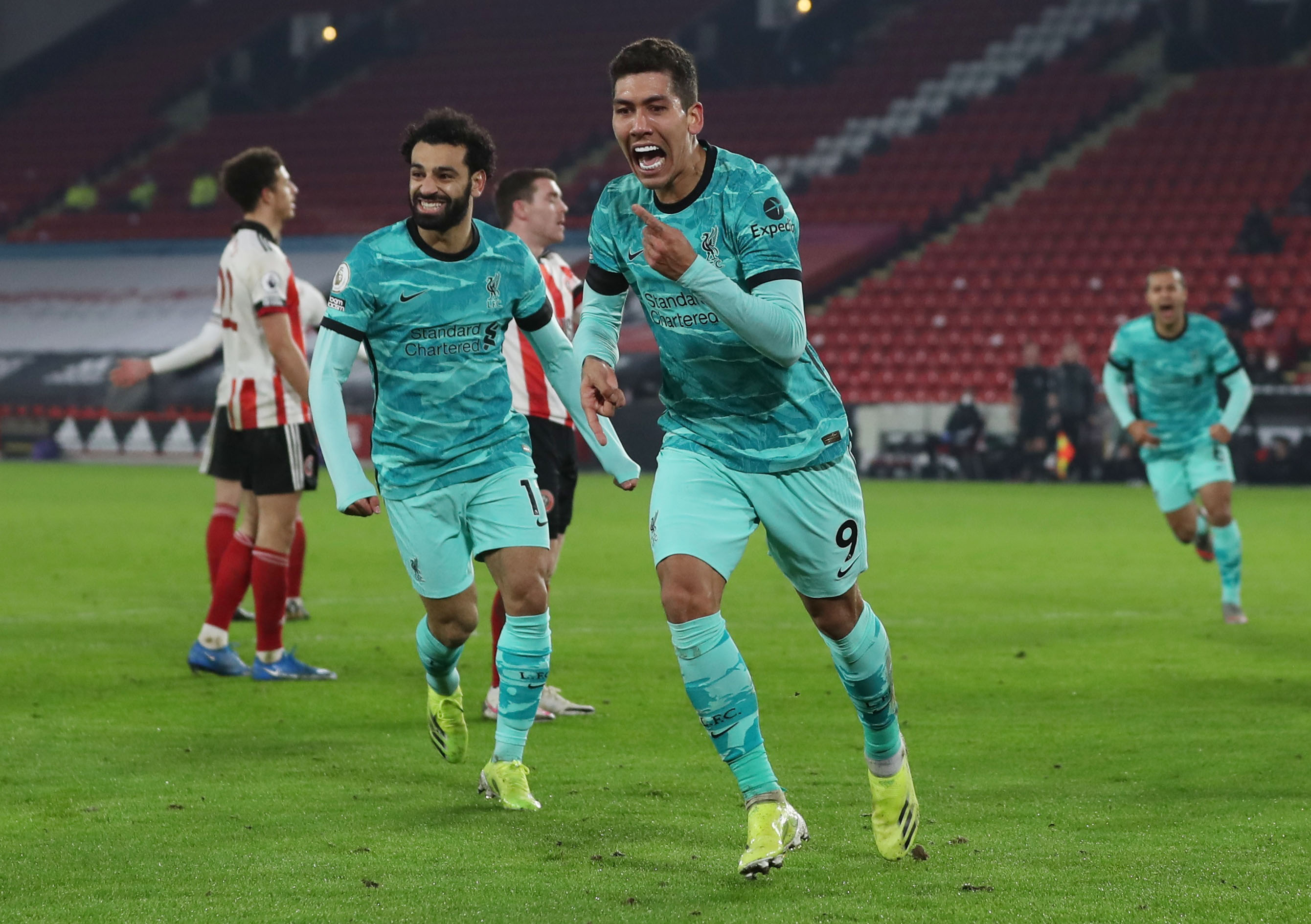 Liverpool ended a run of four successive defeats in the league before tonight’s winCredit: Reuters 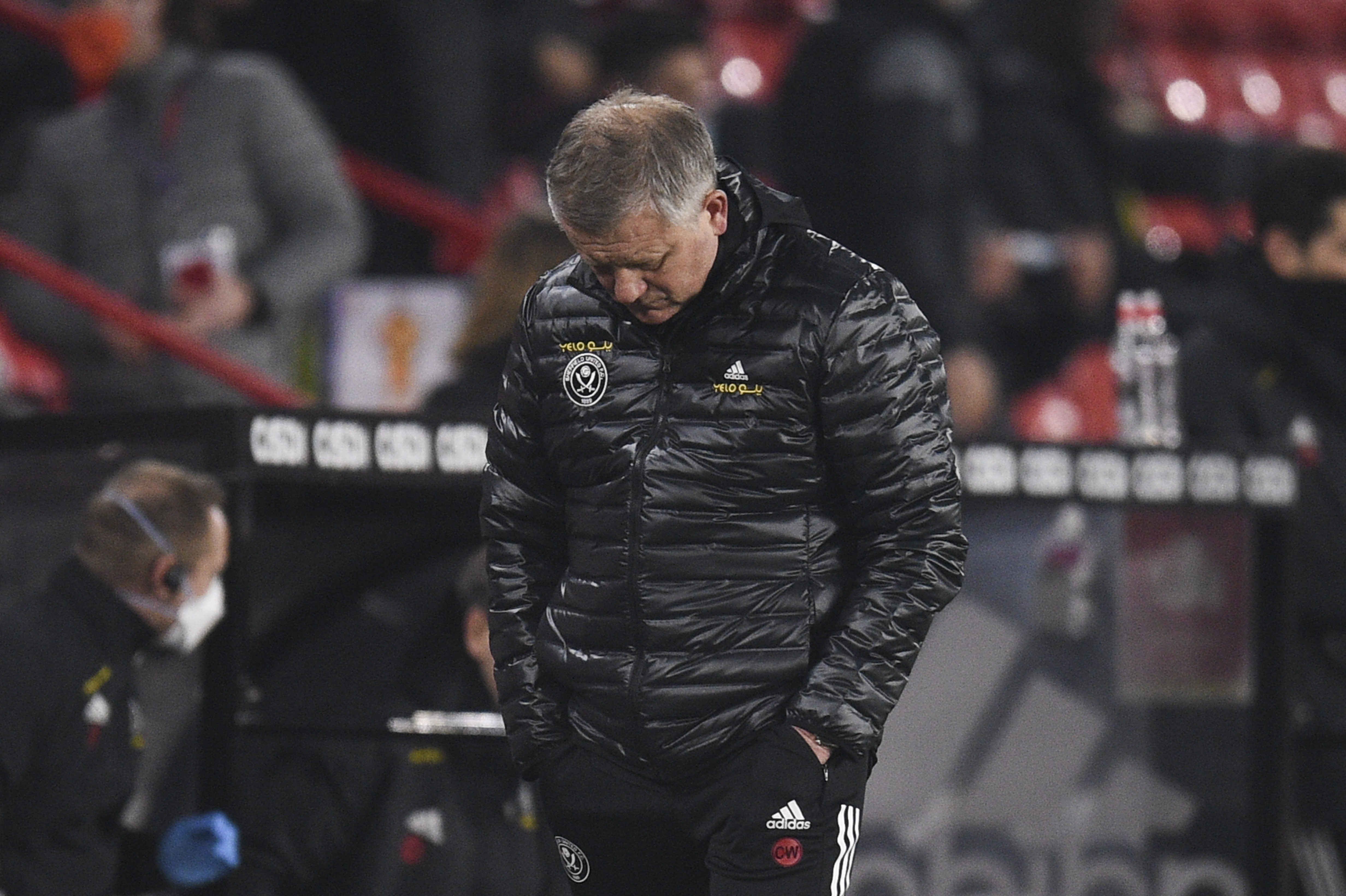 Chris Wilder’s Blades remain well adrift at the bottom of the Premier League table with 12 games to goCredit: AP:Associated Press