The  England ace’s brace and a deadly Sam Kerr double fired the Blues to the trophy after their 5-0 drubbing of Reading. 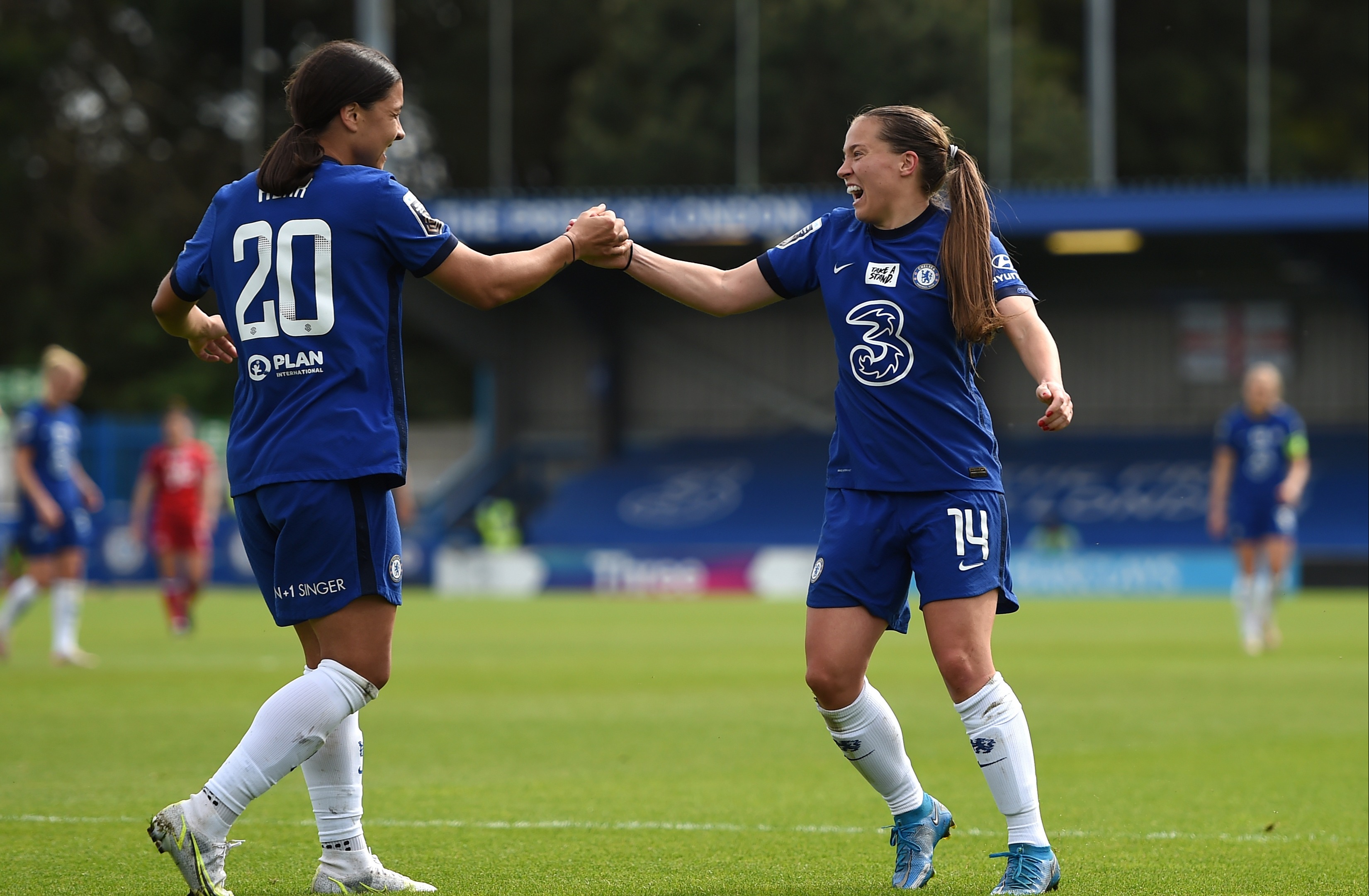 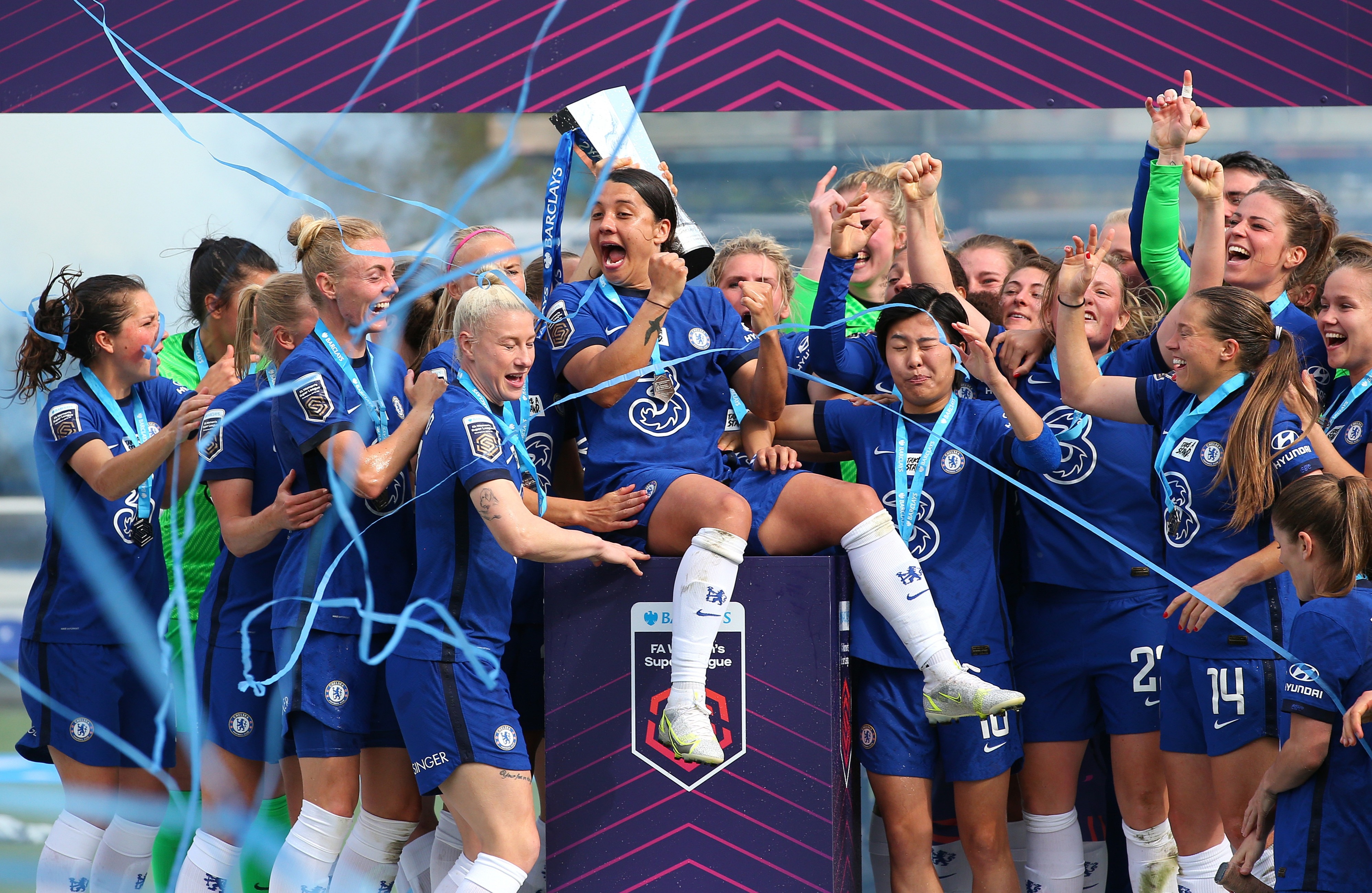 The Blues’ title triumph saw them secure a double trophy-win for the fourth time in six yearsCredit: Getty

And Blues gaffer Emma Hayes was full of praise for Kerr , Kirby and Beth England.

Hayes said: “They’ve been unbelievable. And I said to Beth (England) this week it’s really difficult because you journalists always ask me questions all the time about Sam and Fran and she must be sick to death of hearing that.

“But last year Beth was such a huge contributor to why we are here.

“Today I didn’t take Beth off the bench because I really wanted Sam to get the Golden Boot, which Beth is more than happy for her to do.

“But the fact that we’re producing 20-plus goals in our strikers every season is the reason why we’re in the hunt for the title every year.”

The result saw Chelsea become the first WSL outfit since Liverpool in 2014 to win successive WSL titles before their historic Champions League clash with Barcelona.

And Hayes warned her champs have no intention of being bullied by their European rivals who clinched the La Liga Women’s title with 26 straight wins and a whopping 126 goals. 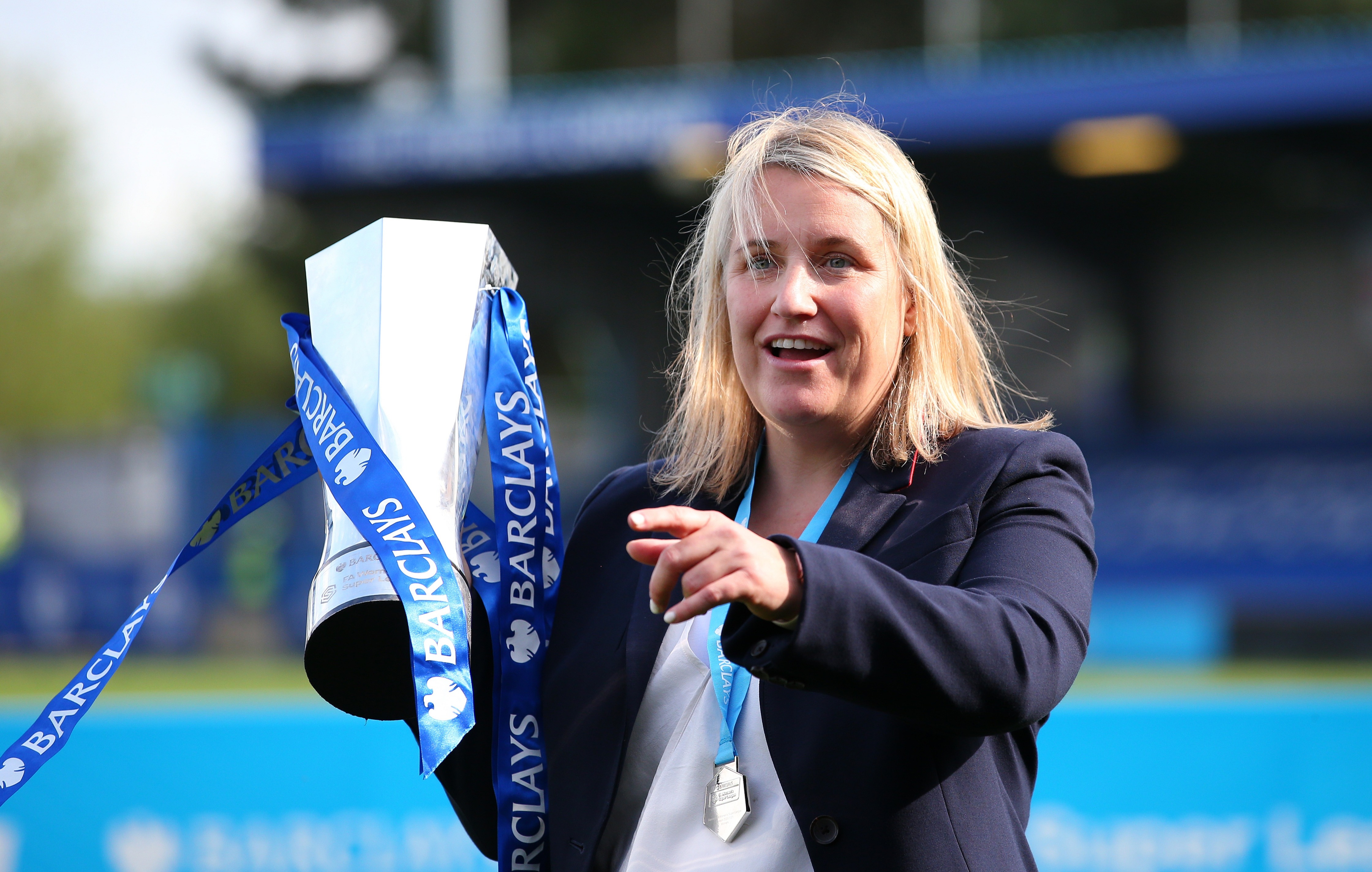 Hayes added: “I know how good they are, but so are we.

“They’ve got amazing ability if you allow them to hurt you in the areas they want, there’s no question.

“They are deserving of being in the final, but so are we.”

Chelsea’s pivotal end-of-season clash with Reading began with emotional tributes to two much-loved football legends who left their mark on the women’s game.

Hayes presented Fara Williams – who played her last ever professional match – with a bouquet and a Blues shirt adorned with her name. 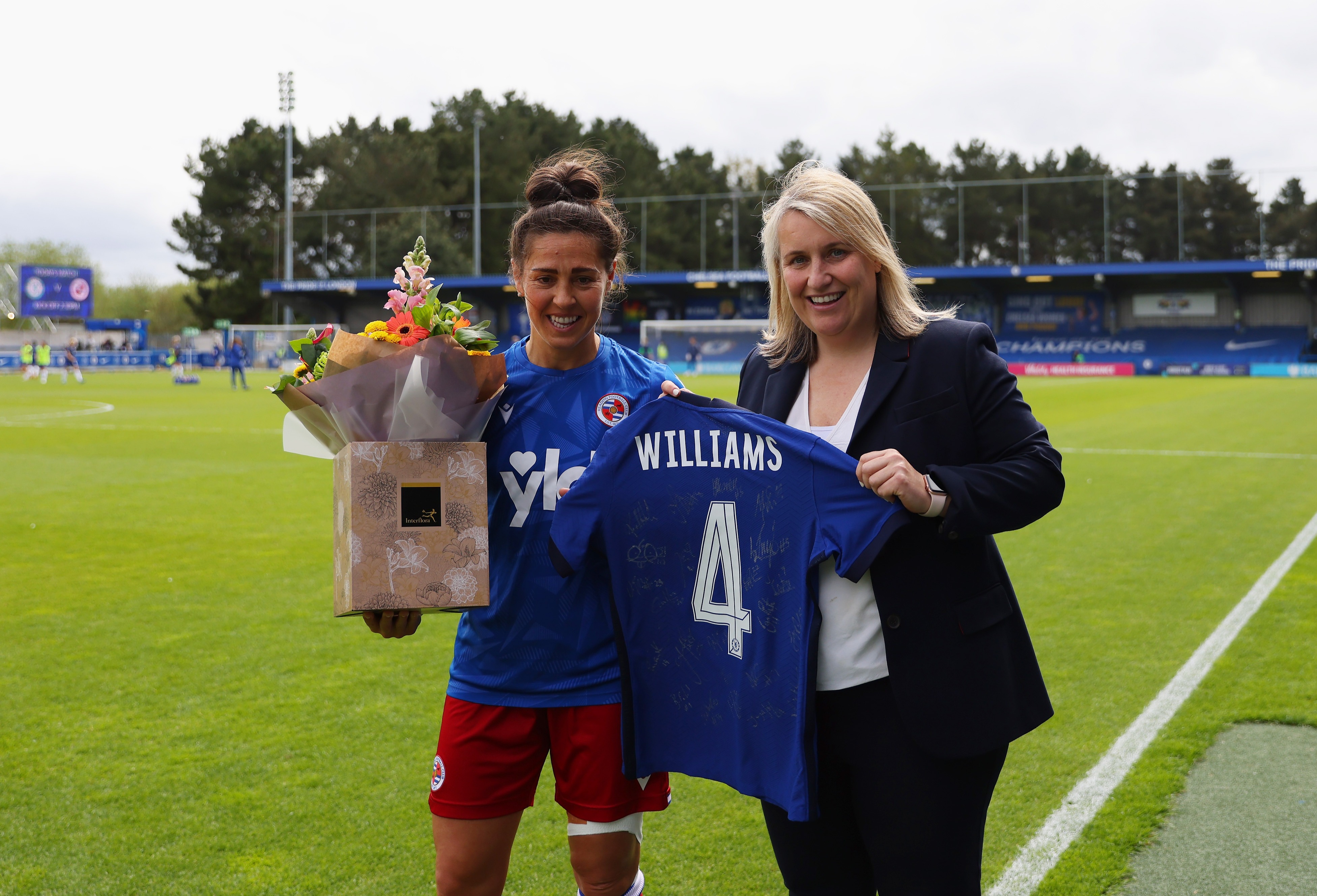 Hayes paid tribute to Fara Williams who took to the pitch for her final game as a professional playerCredit: Getty

And both teams held a minute’s applause in honour of Doncaster Rovers Belles icon Julie Chipchase, who passed away at the age of 60 following a short illness.

Hayes’ aces – eager to cement their status as the league’s top dogs – came storming out of the blocks.

And they were on the scoresheet inside the first five minutes courtesy of Melanie Leupolz.

The Germany star evaded her marker to latch on to a Jess Carter pass from a corner.

And the midfield maestro swept in a low strike through a congested penalty box to stun the Royals in the second minute.

And the visitors saw Rachel Rowe’s 21st-minute shot from outside the penalty area blocked by Kirby. 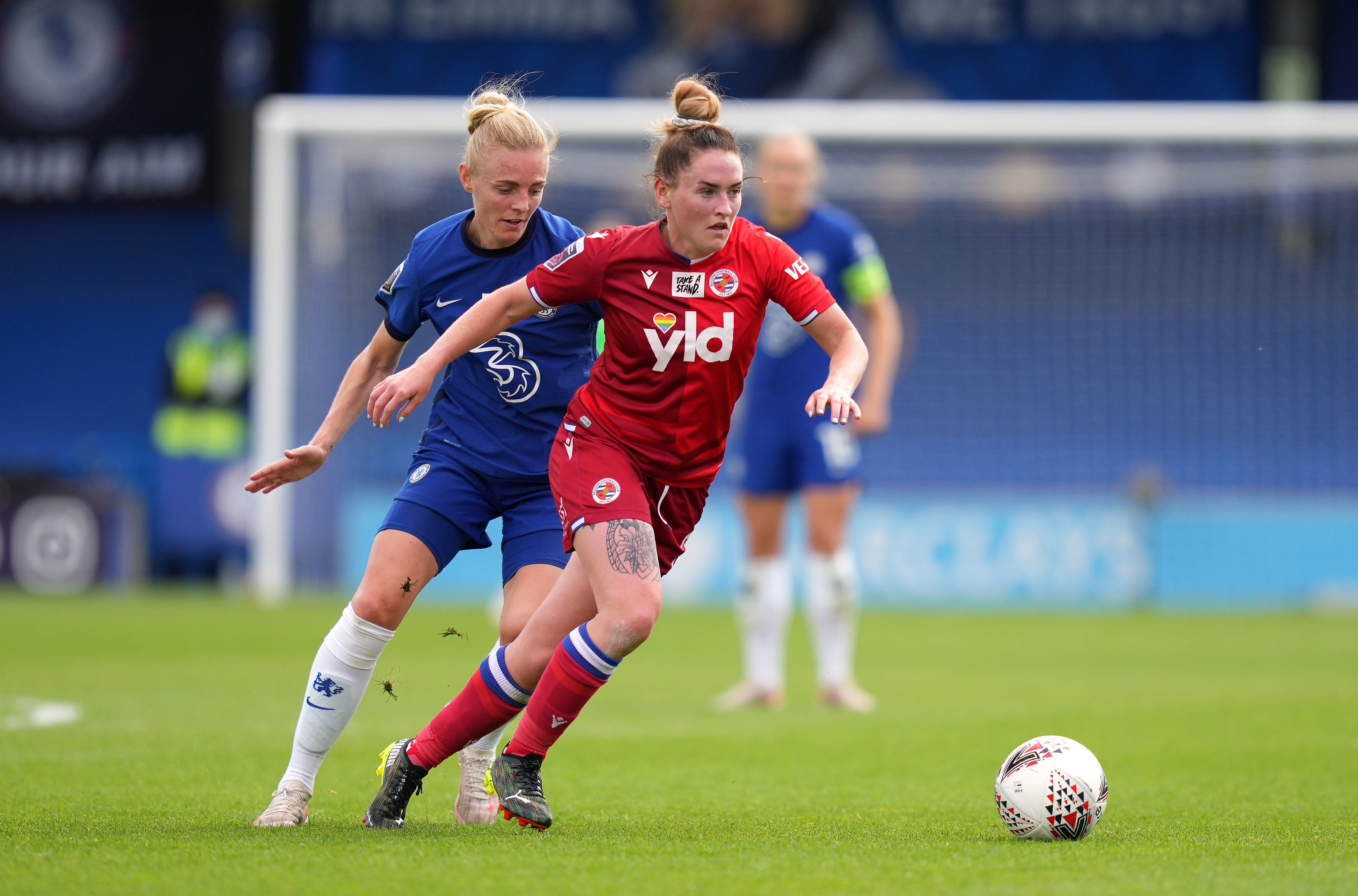 But Chelsea doubled the lead minutes before half-time with Kerr and Kirby combining to deadly effect.

The Australia star squared the ball to Kirby who doubled the hosts lead with a side-footed effort.

The second-half saw little let up from the champions.

And Kirby was on target with a ferocious left-footed rocket after Kerr latched on to a long ball to tee up her team-mate in the 55th minute.

The league’s Golden Boot winner registered her brace following a lofted pass over Reading’s defence from Kirby in the 71st minute.

The Matildas skipper became the second player in WSL history to pass the 21-goal mark in a league season.

And Erin Cuthbert wrapped up the champ’s victory with a fifth goal following a rebound after Grace Moloney’s save from Kerr’s header.

Chelsea’s fourth WSL title win marked a triumphant start to a mammoth seven days for Hayes, with her players targeting a quadruple.

Next up is their Women’s Champions League duel with Barca.

But before then Hayes is looking forward to enjoying some well-earned relaxation in the company of her two-year-old son. 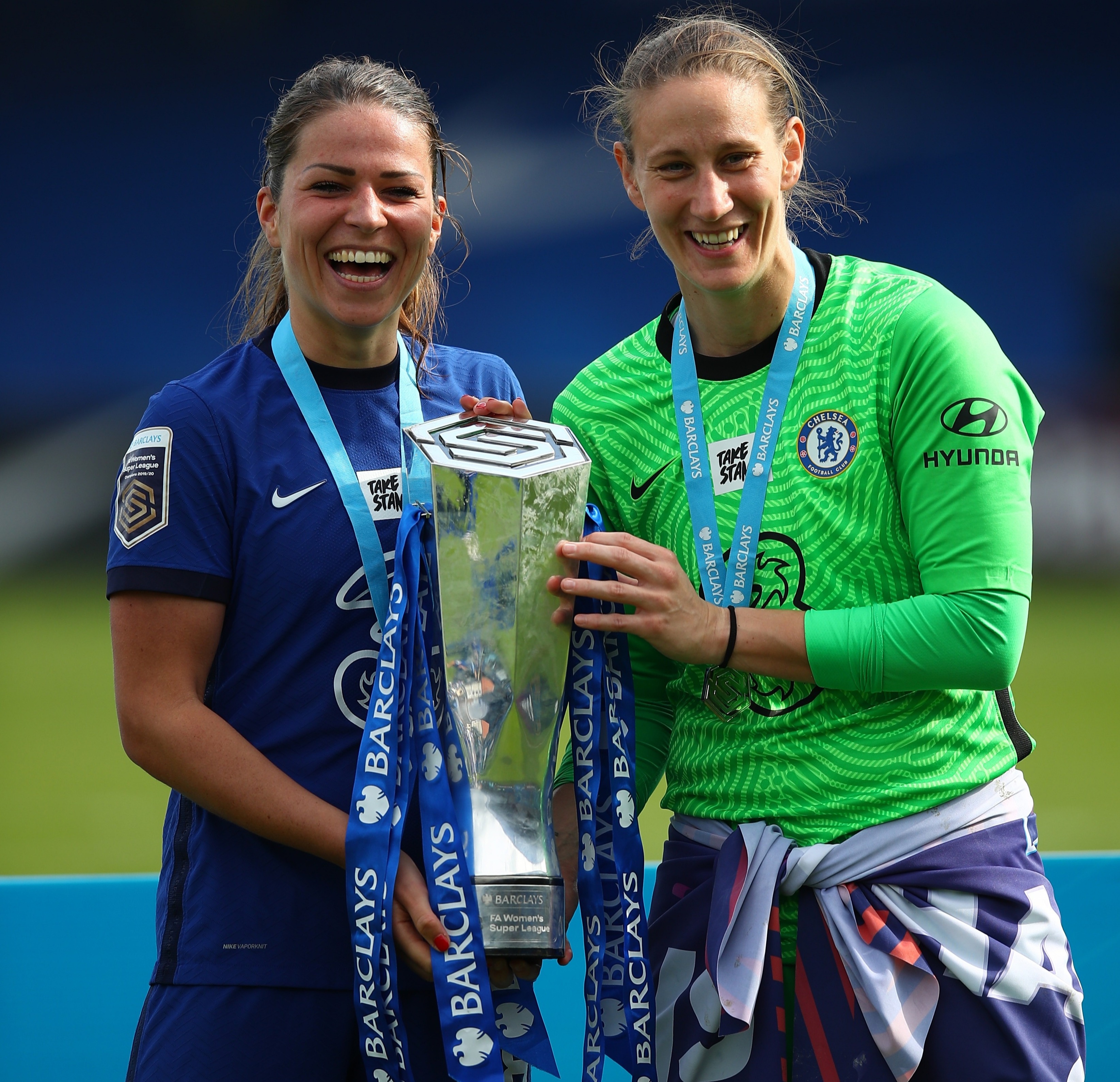 Hayes said: “I woke up this morning feeling so bad at how little I’d seen my little boy, because of what I had to do here.

“The last words he said to me when I walked out the door were: ‘Mummy, bring a medal home for me today’, so that’s what I’m doing.

“I’m going to go home and spend much-valued time with my child because he’s not going to see much of Mummy this week.

“I’m going to be away three nights from Friday, so it’s good to get quality time when it matters.” 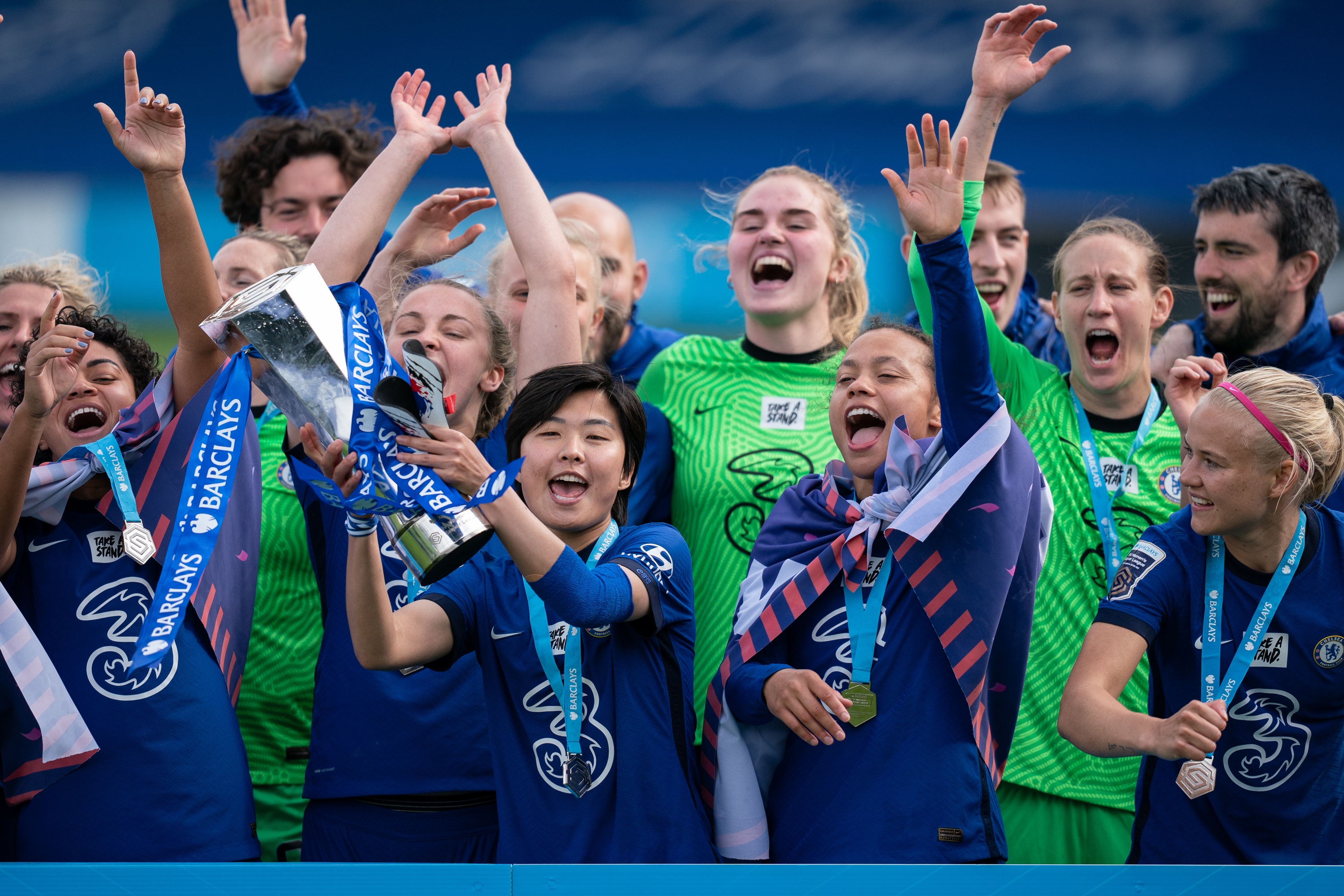 Chelsea will play Everton in the Women’s FA Cup fifth round after the Champions League finalCredit: Prime Media