ARSENAL defender Kieran Tierney has returned to training in a massive boost for the Gunners ahead of the Europa League clash against Benfica. 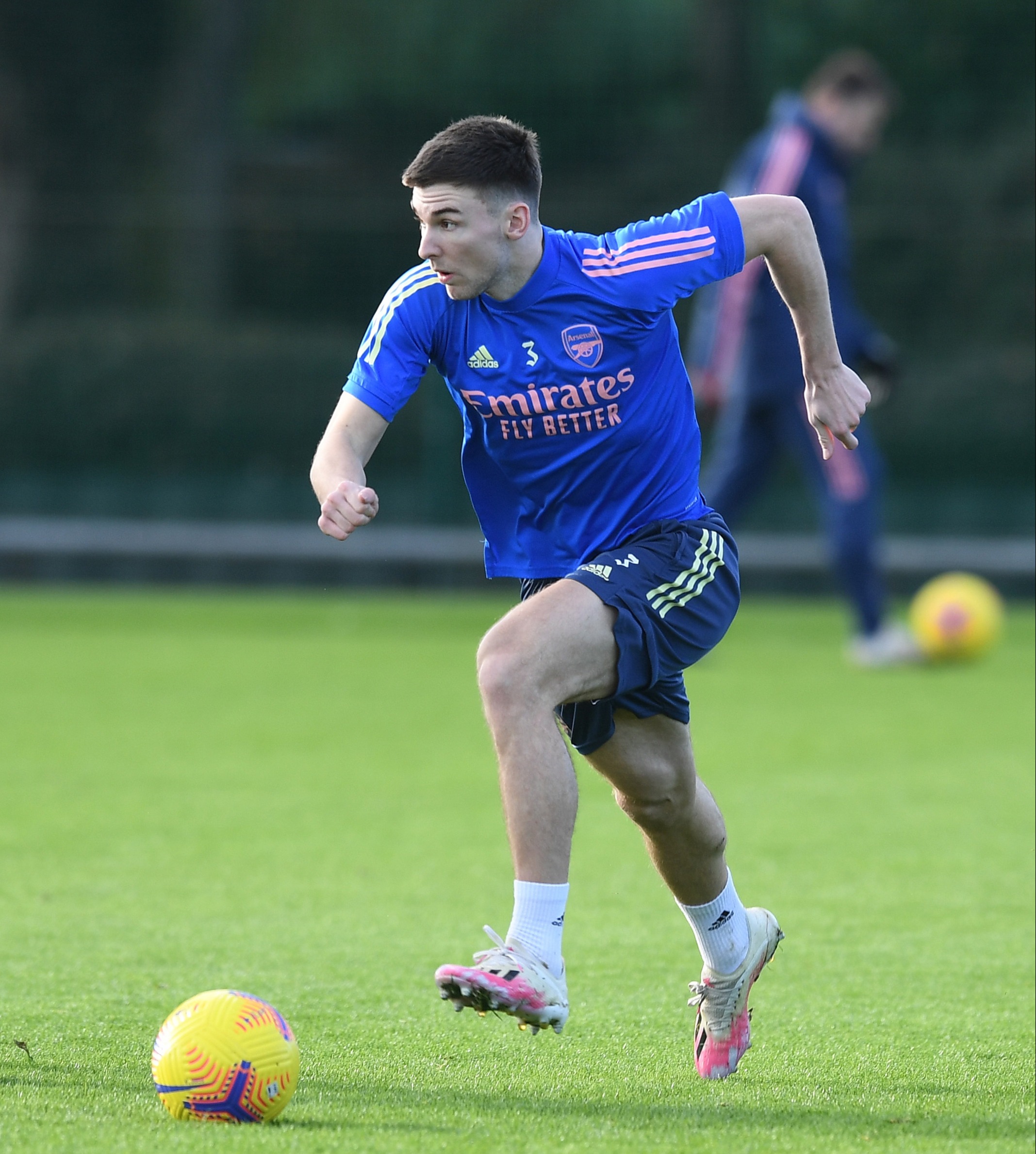 Kieran Tierney is back in Arsenal trainingCredit: Getty Images – Getty

And Mikel Arteta has been forced to use Cedric Soares out of position on the left.

But the club shared training footage on social media where Tierney can clearly be seen taking part in drills.

Tierney was last seen on the field in the 3-0 win over Newcastle on January 18.

Arsenal play Benfica in the Europa League last 32 on Thursday after easily topping their group.

But neither side will play their ‘home’ leg in their usual stadium amid travelling restrictions imposed by the coronavirus pandemic.

Thursday’s match, initially scheduled for Portugal, will be held at Italy’s Stadio Olimpico in Rome.

While the Gunners’ tie has been moved from the Emirates to Athens and the Stadio Georgios Karaiskakis.

He has been a revelation at the Emirates since joining from Celtic for £25million in 2019.

And Tierney revealed, in the programme before Arsenal’s 4-2 win over Leeds on Sunday, that he will go back to following Celtic when he hangs up his boots.

He said: “I have thought about it, but it’s hard to say with it being so far away.

“It’s not crossed my mind to do any coaching badges or anything like that yet.

“Some of the older players talk about it, and doing the qualifications, it’s probably something you think more about when you get over 30, but before that it’s all about your playing career.

“Well when I finish playing I’ll be back in Scotland, no doubt going back to my old life of supporting Celtic home and away again!

“I’ll be back there doing something anyway. I’ll definitely live in Scotland when I finish playing, 100 per cent. I miss it every day.”

Malik Beasley, Wife ‘Had Issues’ Before We Dated