Midfielder De Bruyne netted a 24-minute first-half hat-trick – then one after the break for good measure – as City demolished Wolves to put one hand on the Premier League trophy. 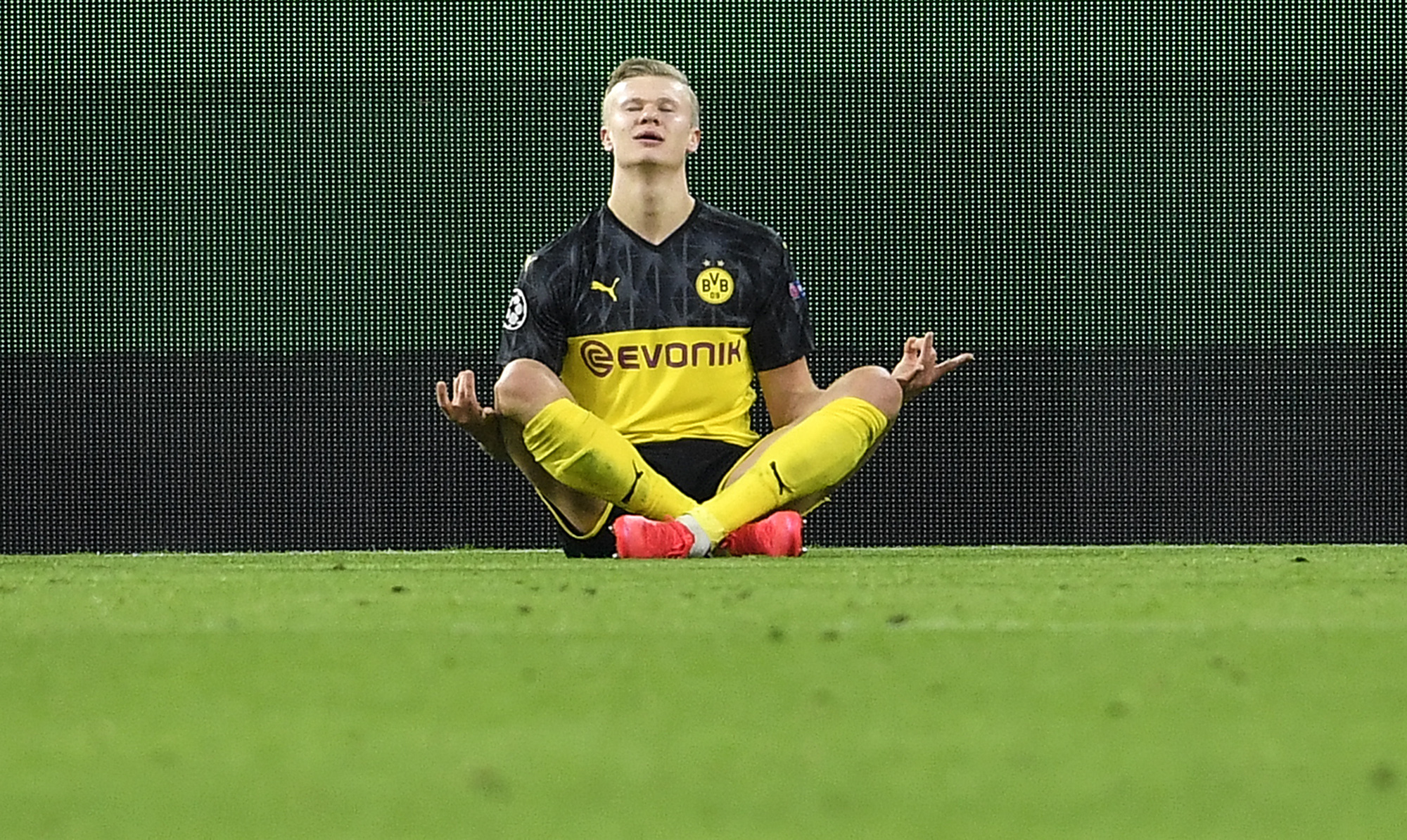 the 21-year-old often marks a goal with a ‘zen pose’Credit: AP

It was City’s first time in action since the club confirmed the arrival of superstar Haaland.

The 21-year-old will officially become a City player on July 1 after they activated his £51million Borussia Dortmund release clause.

And nobody was happier than midfield maestro De Bruyne.

The 30-year-old marked his hat-trick goal against Wolves by copying Haaland’s famous ‘zen pose’ celebration in front of the jubilant travelling City fans. 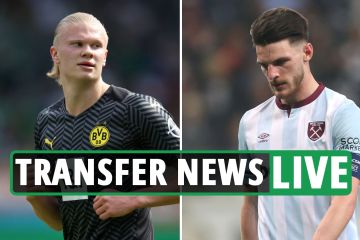 De Bruyne held out his arms while touching his thumbs and forefingers to imitate the move often performed by Haaland.

Although after the game De Bruyne admitted on Sky Sports that he wasn’t intentionally copying Haaland, and was in fact just holding up three fingers to celebrate scoring his third goal.

Despite it being De Bruyne on the scoresheet this evening, fans are anticipating the Belgian to turn from scorer to provider for Haaland next season.

One wrote on Twitter: “@ErlingHaaland and @DeBruyneKev will be @premierleague top and most entertaining duo next season… brilliant catch for @ManCity.”

Another excited supporter said: “De Bruyne really hit the Haaland celebration. This is gonna be fun.”

While a third added: “The link up play between both of them is just gonna be unfair.”

De Bruyne opened the scoring at Molineux with an expert left-footed finish across Jose Sa and into the bottom corner.

Leandro Dendoncker hit back for Wolves, but two more left-footed strikes from the naturally right-footed De Bruyne restored City’s lead before the break.

De Bruyne then netted again before Raheem Sterling added a fifth as City ramped up what could be a crucial goal-difference tally.

It means Pep Guardiola’s side are inching ever closer towards sealing a sixth title in the last ten years.

They need just four points from their final two games to guarantee the title ahead of second-placed Liverpool.

Tiny River ‘the Champ’ is battling a cancerous tumour

AIRBUS OVERTAKES BOEING IN MARKET CAP FOR THE FIRST TIME