And if it continues like this they could be celebrating in Gdansk on May 26. 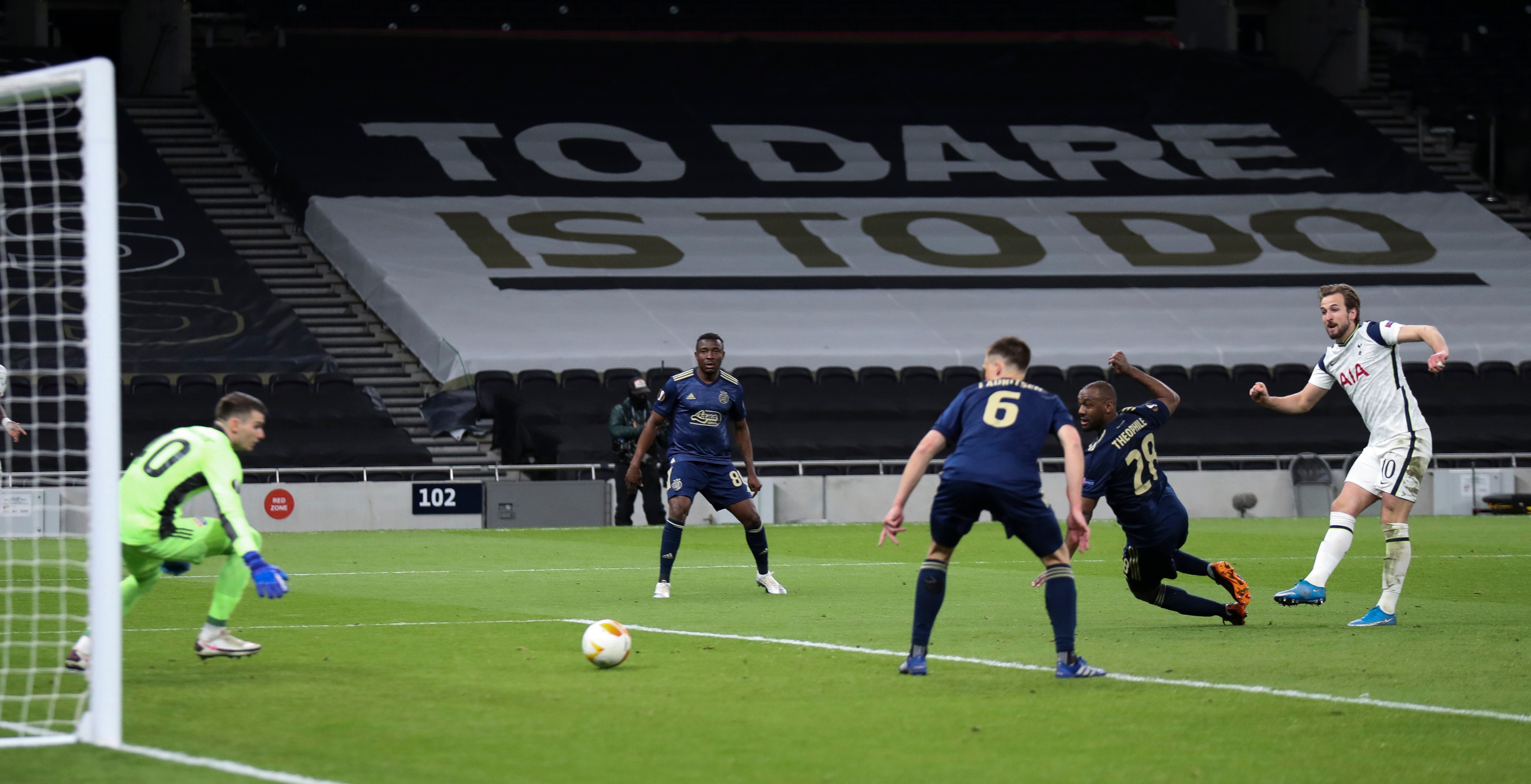 A fine night for harry Kane and Spurs was completed by this clinical finishCredit: Jamie McPhilimey – The Sun 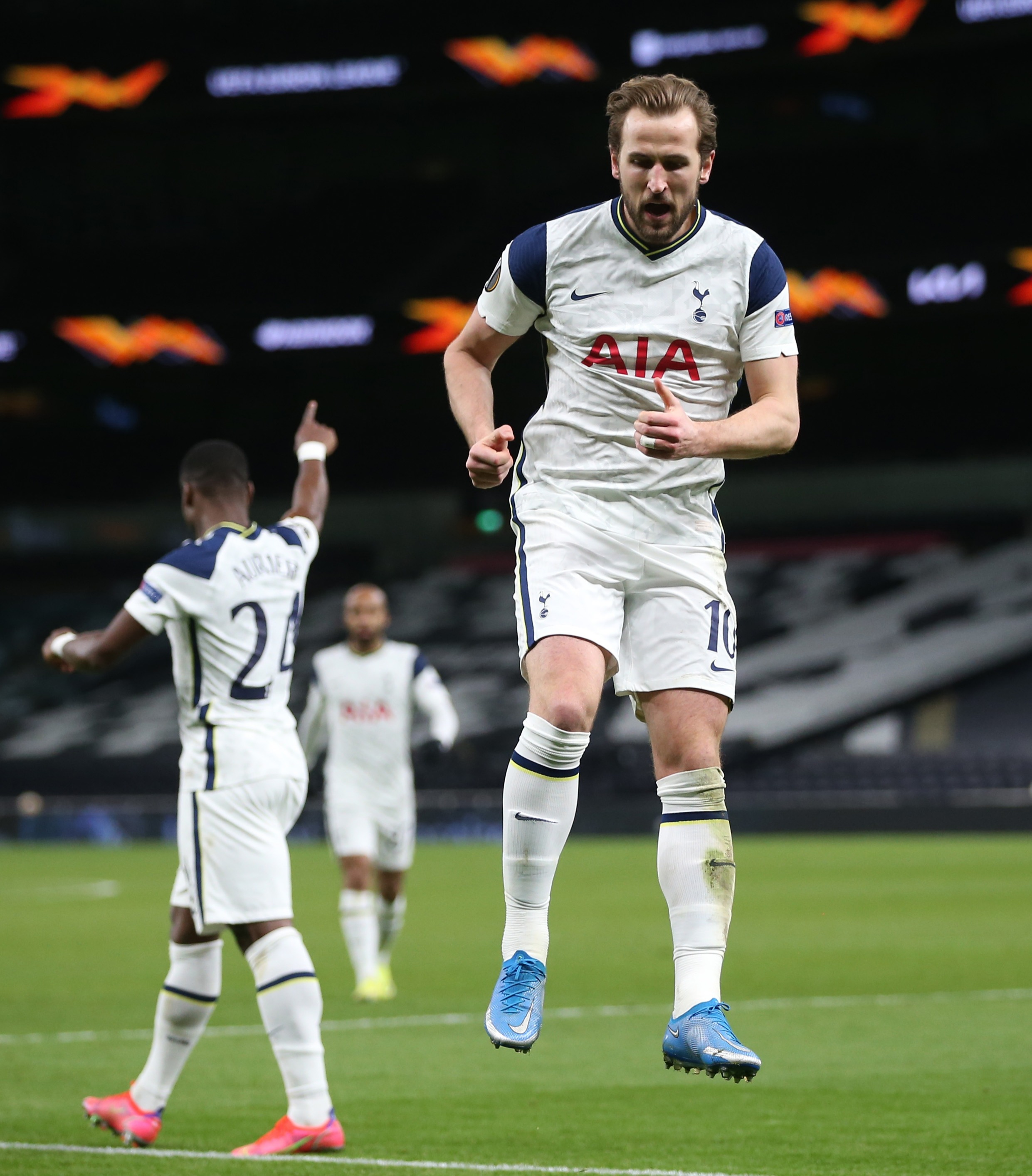 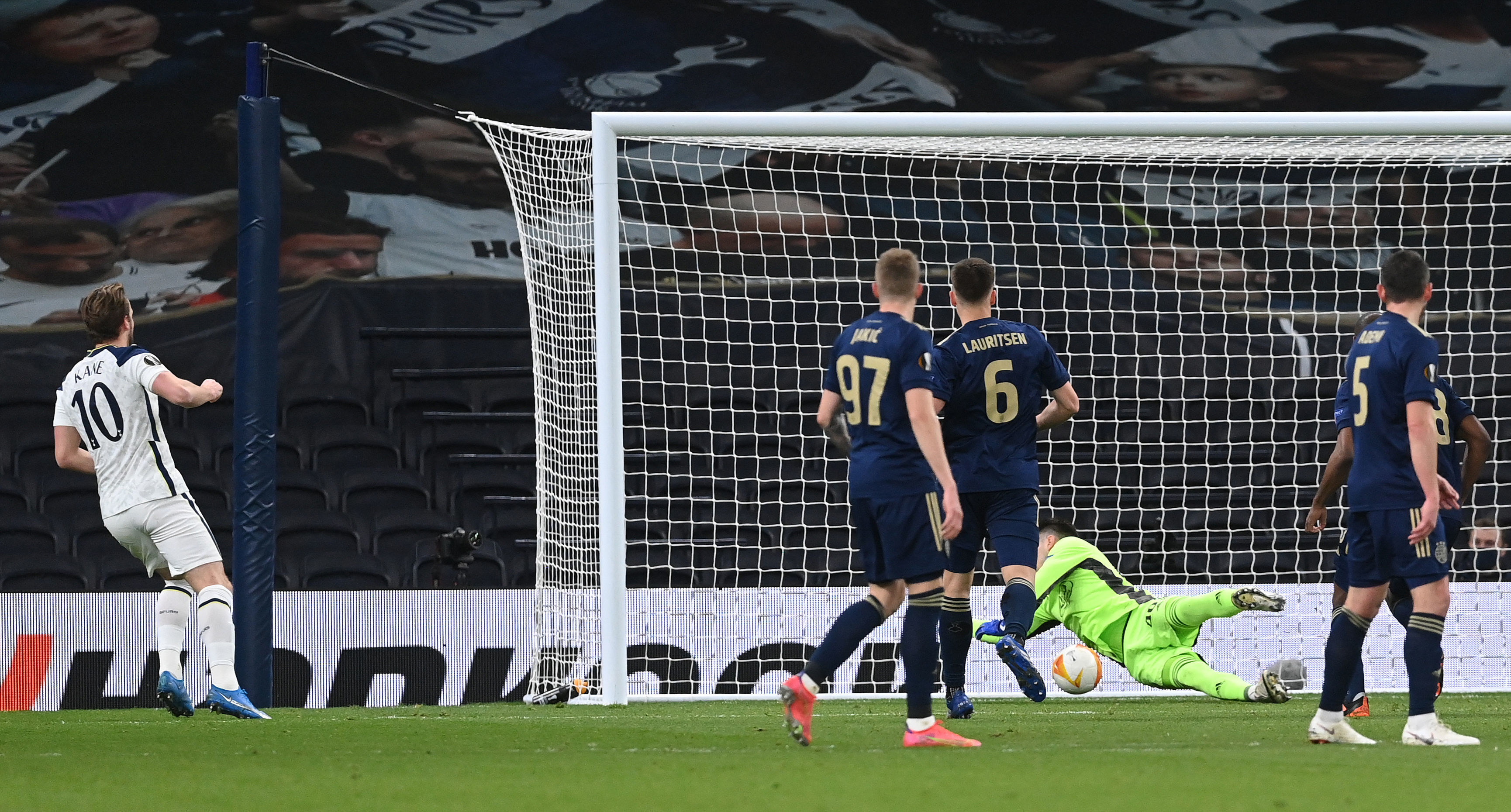 Harry Kane had the simple job of slotting Tottenham in front on 25 minutesCredit: PA:Press Association

Kane fired Tottenham a step closer to the Europa League Final with a brace in this last 16 first leg clash.

It took his goal tally for the season to 26 and ensured Spurs chairman Levy celebrated 20 years in the job with a win.

Levy has been at the North London club for far too long to believe this tie is already over.

But he knows Spurs now have a great chance of booking their quarter-final place in next week’s return in the Croatian capital.

It will not be an easy task. Zagreb arrived here top of their domestic League and having won their last eight games in all competitions.

They have also lost just twice at home all season.

But they do not have Kane in their attack nor Jose Mourinho in their dugout.

The Tottenham boss, having already won this trophy with Porto and Manchester United, has been on a mission to complete the hat-trick – before Spurs even booked their place in this tournament last term. 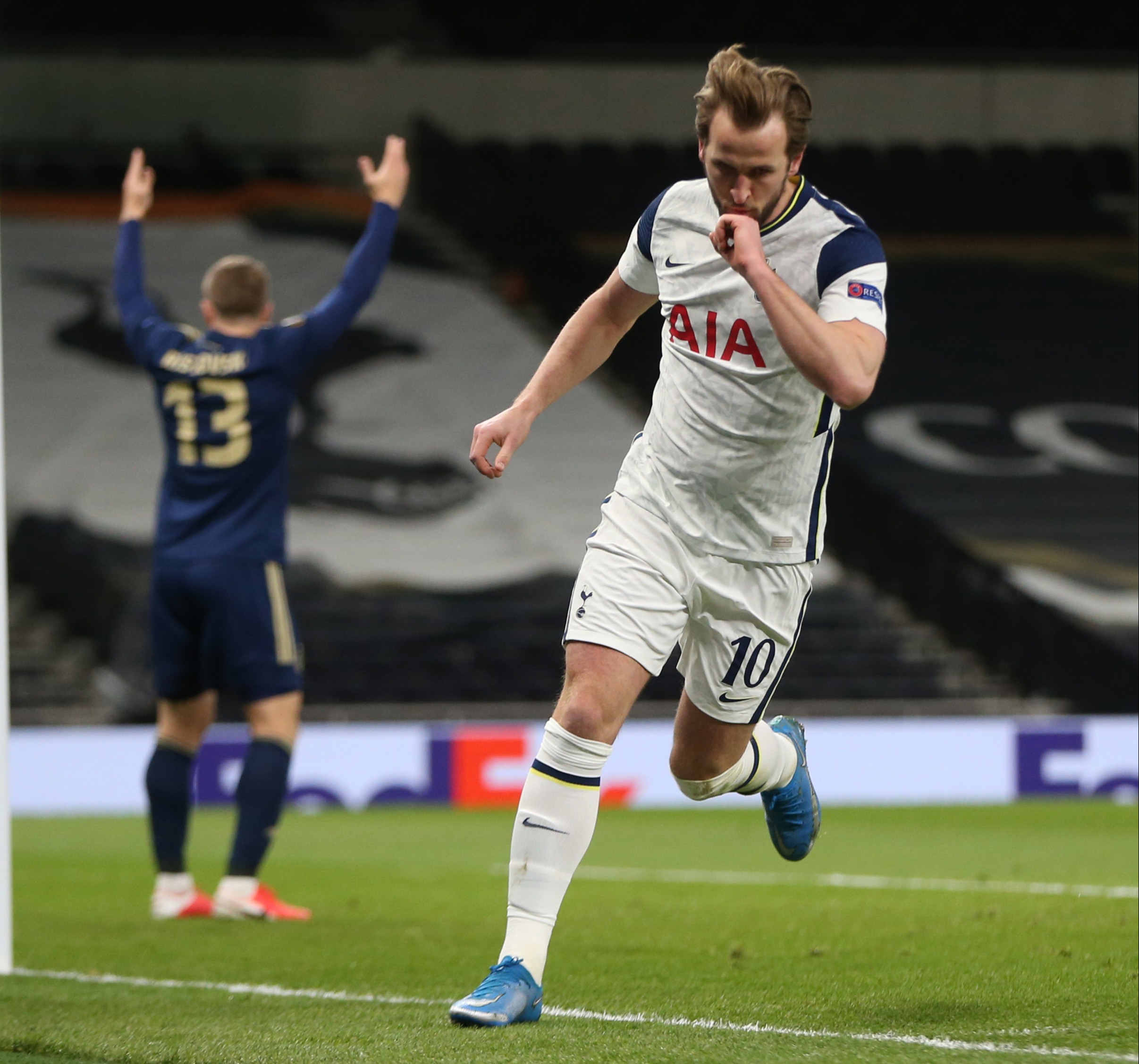 Striker Harry Kane hails his 25th goal of the season, the opener against Dinamo ZagrebCredit: Jamie McPhilimey – The Sun 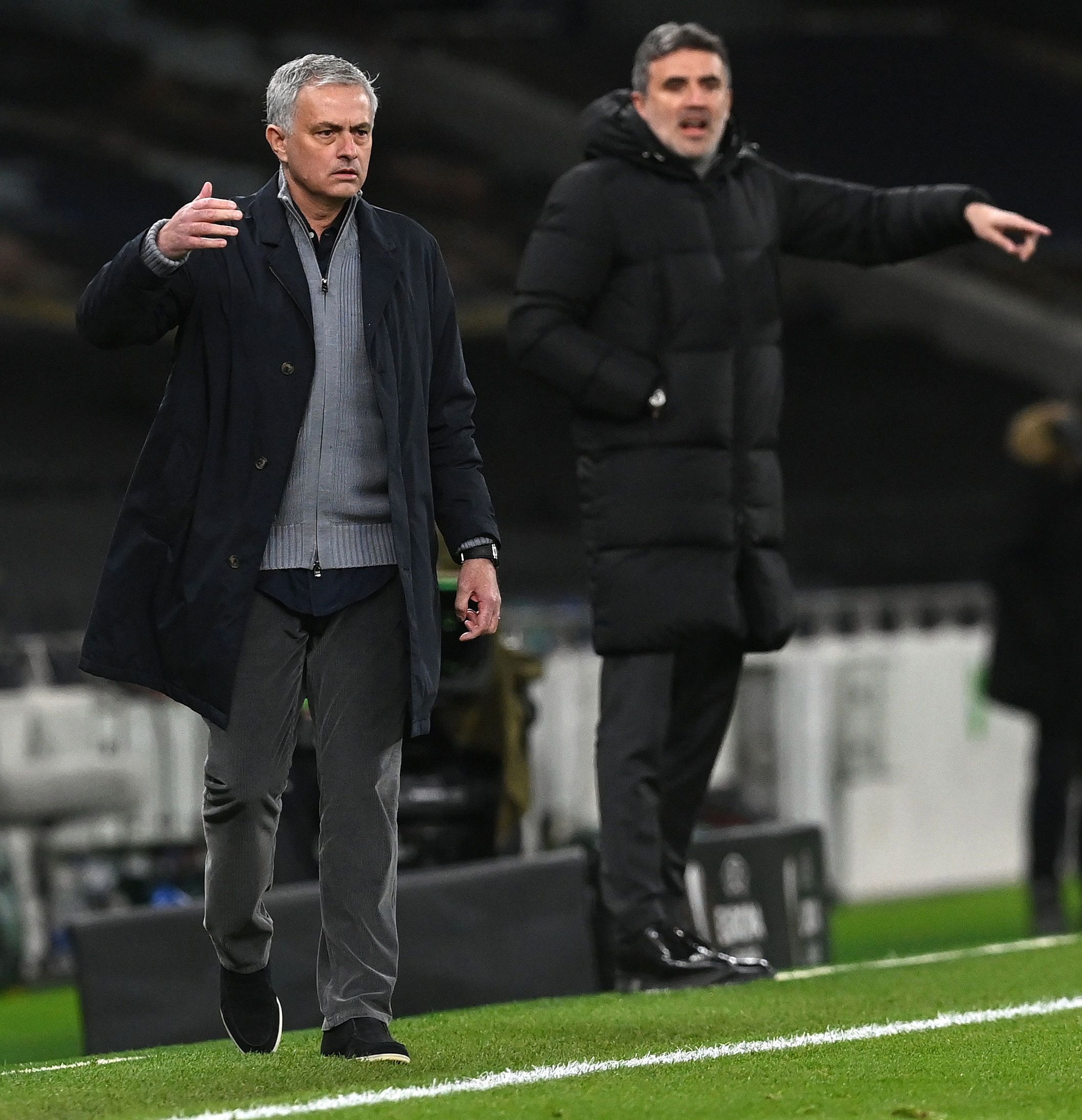 And after a long slog through the qualifiers they are now within touching distance of the last eight.

While Levy was celebrating his milestone, there were no Zagreb directors in the boardroom to wish him well as they snubbed this trip due to the self-isolation protocols.

Tottenham had an early escape when Tanguy Ndombele’s shocking pass sent Mislav Orsic clear – but the Zagreb striker, under pressure from Davinson Sanchez, failed to get any power behind his shot and Hugo Lloris collected comfortably with only 43 seconds on the clock.

Spurs sluggish start had Mourinho anxiously pacing the technical area with a face like stone.

Slowly, though, they began to find their rhythm with Zagreb defender Kevin Theophile-Catherine heading Kane’s cross over his own bar from 15 yards.

Aurier whipped in a centre which the visitors keeper Dominik Livakovic unorthodoxically booted away from inside his six-yard box – before Kane put Spurs ahead in the 24th minute.

It was beautifully set up by Erik Lamela who, with an air of fellow Argentinian Ricky Villa about him, turned Luka Modric lookalike Lovro Majer and embarked on a jinking run into the box, beating two defenders, before shooting past Livakovic with the outside of his foot.

Unlike Villa’s famous solo effort in the 1981 FA Cup Final Replay, the ball did not end up in the net as it struck the inside of the post. But it did fall nicely for Kane, who swept in the rebound. 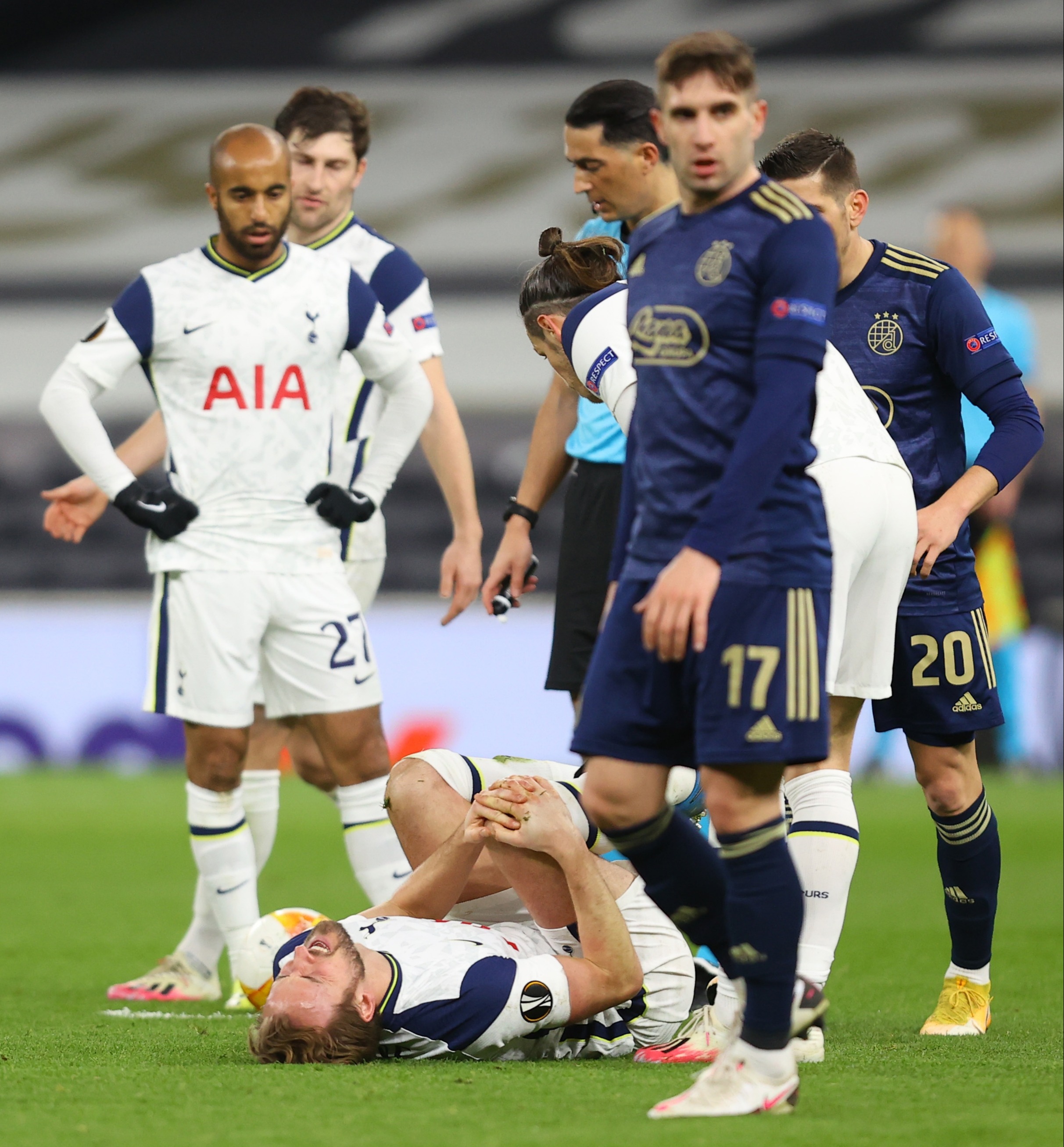 Harry Kane was briefly reeling with this knock but left Zagreb rocking with a doubleCredit: Getty Images – Getty 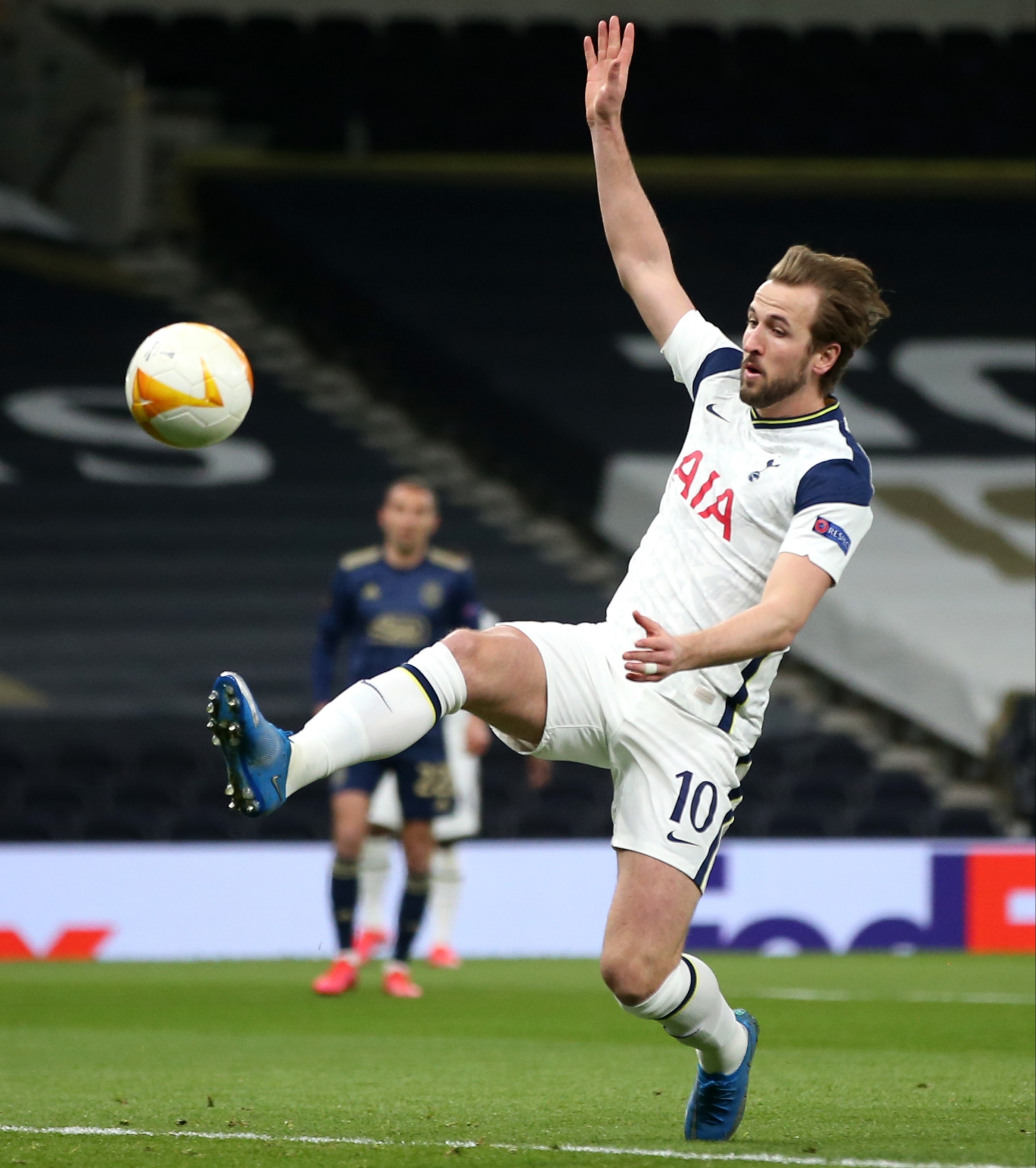 But the Special One was fuming when Dutch ref Serdar Gözübüyük and his team of officials, including a VAR, somehow decided not to award the hosts a penalty when Ndombele was clumsily felled in the area by Majer at the start of the second half.

Tottenham were then relieved to see Petkovic drill a decent chance into the side-netting before Mourinho made a treble 63rd minute substitution, replacing Lamela, Dele Alli and Son Heung-min with Gareth Bale, Steven Bergwijn and Lucas Moura.

And the switch almost paid off immediately as Bergwijn’s far post volley was well blocked by Linkovic.

But there was nothing the keeper could do to stop Kane’s second in the 70th minute as the England captain fired home from close range following a mistake by Theophile Catherine.

Kane has scored 30 goals in his last 34 starts for Spurs in major European competition, including nine in his last seven.

Mourinho and Three Lions boss Gareth Southgate will be hoping the ice he had placed on his right knee following his late substitution was merely precautionary.

Watch the trailer for HBO’s new documentary about QAnon