TOTTENHAM are back winning the Jose Mourinho way – for now.

And more importantly, the wily old coach has bought himself some much-needed time after the week from hell left him in the doghouse. 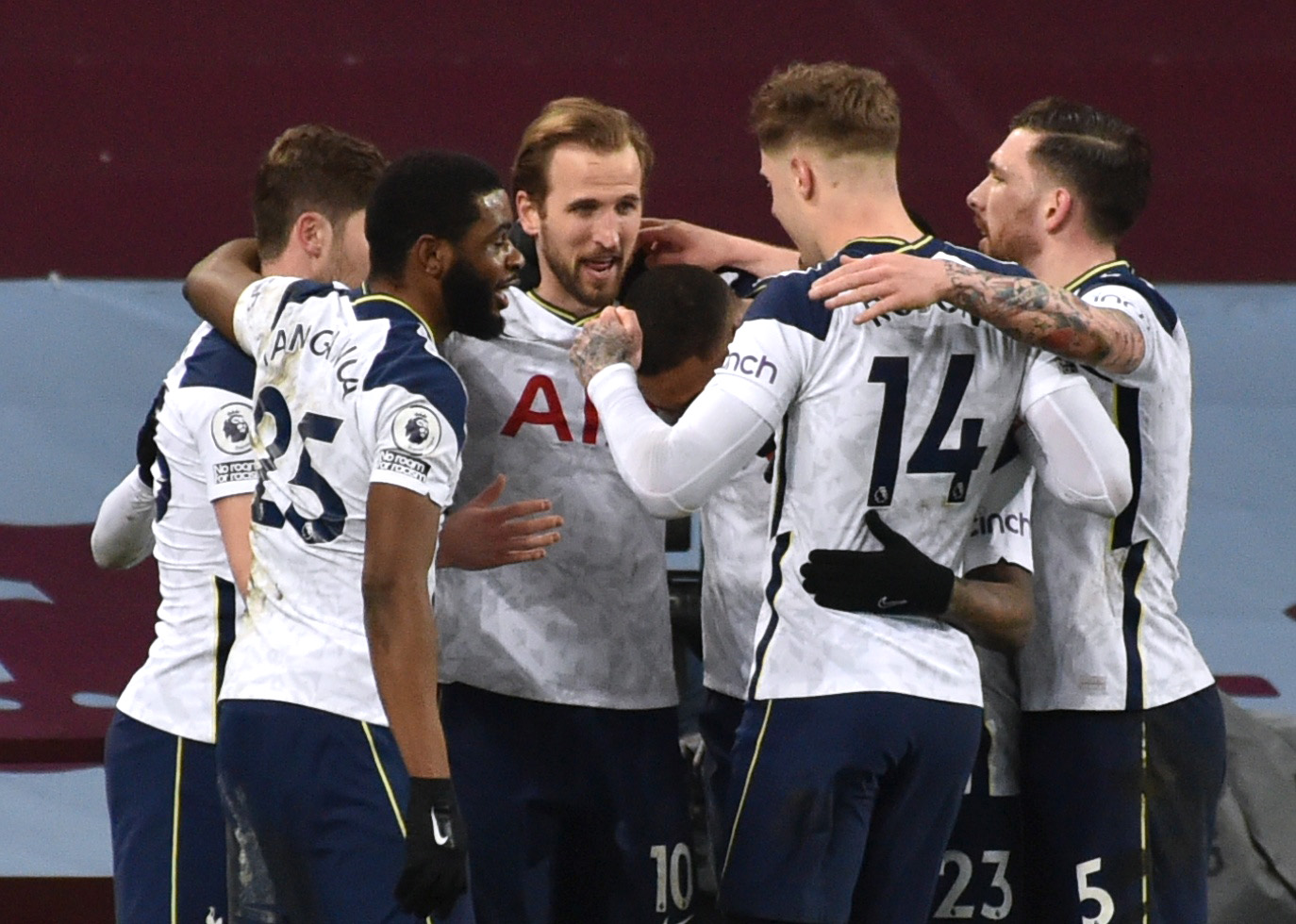 Tottenham returned to winning ways with a crucial 2-0 win over Aston VillaCredit: Reuters 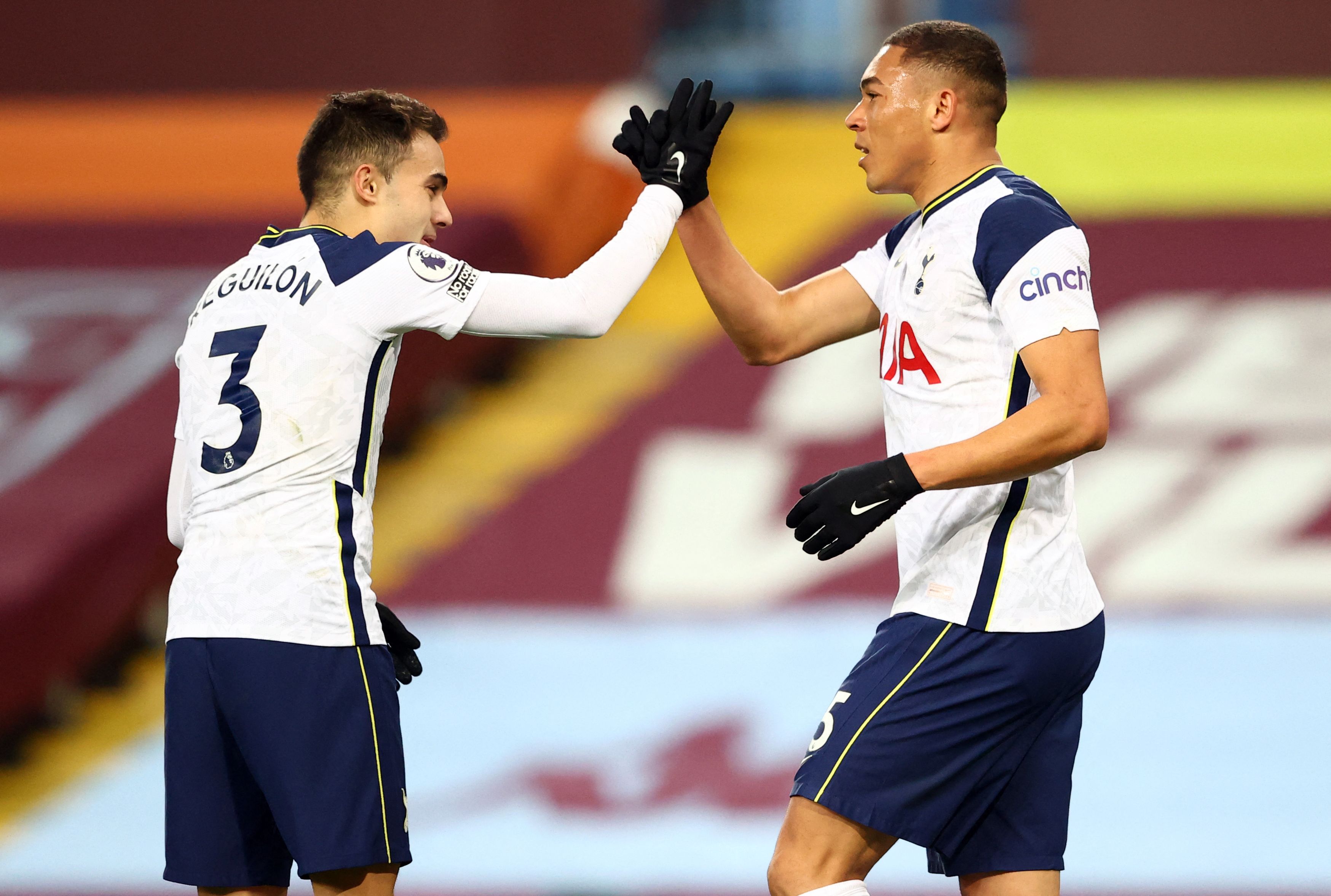 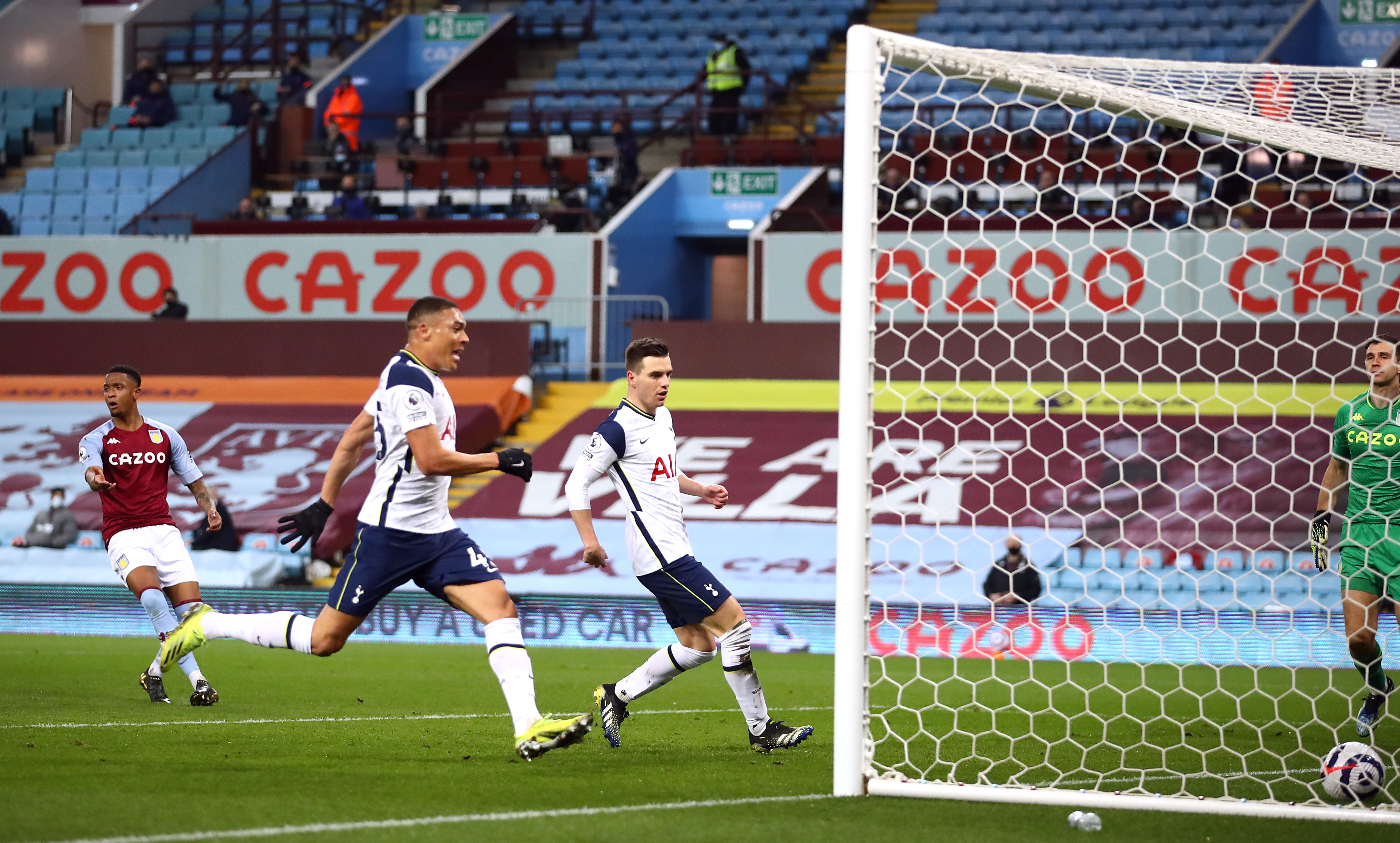 The Brazilian finished from close range as Spurs went on to grab all three pointsCredit: Reuters

Yet Mourinho will be breathing a huge sigh of relief on the coach back to north London after defeat to Arsenal and an embarrassing Europa League exit in Zagreb this week left him on the brink.

He now has an international break to prepare himself and his fragile, inconsistent side for a potential season-definer – the chance to do what Jose was brought in to do and win a trophy.

But if Jose truly believes he can outwit his old nemesis Pep Guardiola and Manchester City in the League Cup final at the end of next month playing this way, he really has lost it.

On this occasion, at Villa Park, the much talked about “principles of an honest footballer” got them over the line. And that’s the way it is likely to stay with Jose in charge.

Will this victory – their first against a top 10 side in 2021 – spark a late surge for the Champions League? That’s anybody’s guess.

Although, the weekend has been kind to them, with the Gunners doing them a favour to knock West Ham off their stride. They are now just a point off the Hammers in fifth.

Playing this way – the pre-historic hill Mourinho is willing to die on – depends on two things.

Harry Kane’s wand of a right peg, or the opposition delivering chances on a plate.

Against Villa it was a double whammy as the normally reliable Emiliano Martinez’ botched clearance handed Vinicius his first Prem goal in just a second start.

The rest was like clockwork. Pressure soaked up. Kane winning a penalty from Matty Cash’s rash challenge and Kane converting. 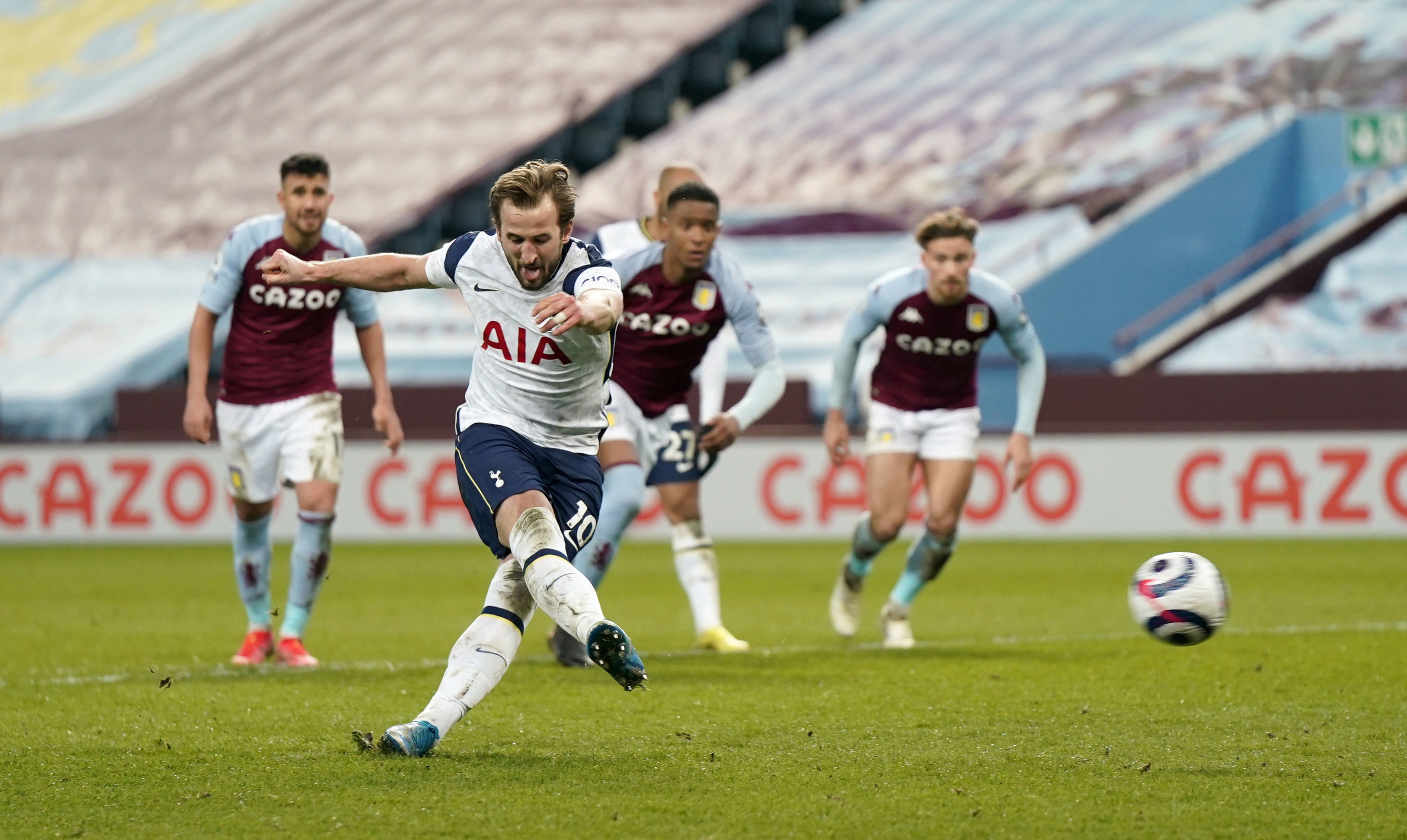 Harry Kane scored his 17th of the season from the penalty spotCredit: PA

If Dean Smith’s Villa – with England new-boy Ollie Watkins leading the line – had turned up with their shooting boots then it could have been a different story.

But for now, Jose’s ancient playbook, which he had defended to the hilt in the build-up, has delivered once more – as did his shake-up of the starting XI.

Seven changes from the disaster of a display abroad if mid-week, where Jose threw the kitchen sink and the fridge at his players for lacking the attitude and hunger to perform.

Gareth Bale and Dele Alli demoted to the bench, while Toby Alderweireld and Serge Aurier missed out with illness.

Vinicius started alongside Kane for the first time in an old-school 4-4-2. For Villa, talisman Jack Grealish remains troubled by a shin injury.

Whatever Jose says, this was as defensive a line-up as he could have produced – but the first real attack came Spurs’ way.

Kane dropped deep to feed Lucas Moura into space giving Sergio Reguilon the chance to whip in a low cross only to be dealt with well by Ezri Konsa.

Yet that was far too adventurous for Jose’s liking as his side then sat back and invited the pressure of Villa’s exciting front three of Watkins, Bertrand Traore and Trezeguet.

Traore combined with Matty Cash well down the flank only for the right-back’s cut-back from the by-line to be snuffed out by Joe Rodon, before Targett later wasted more cute play by Traore moments later. 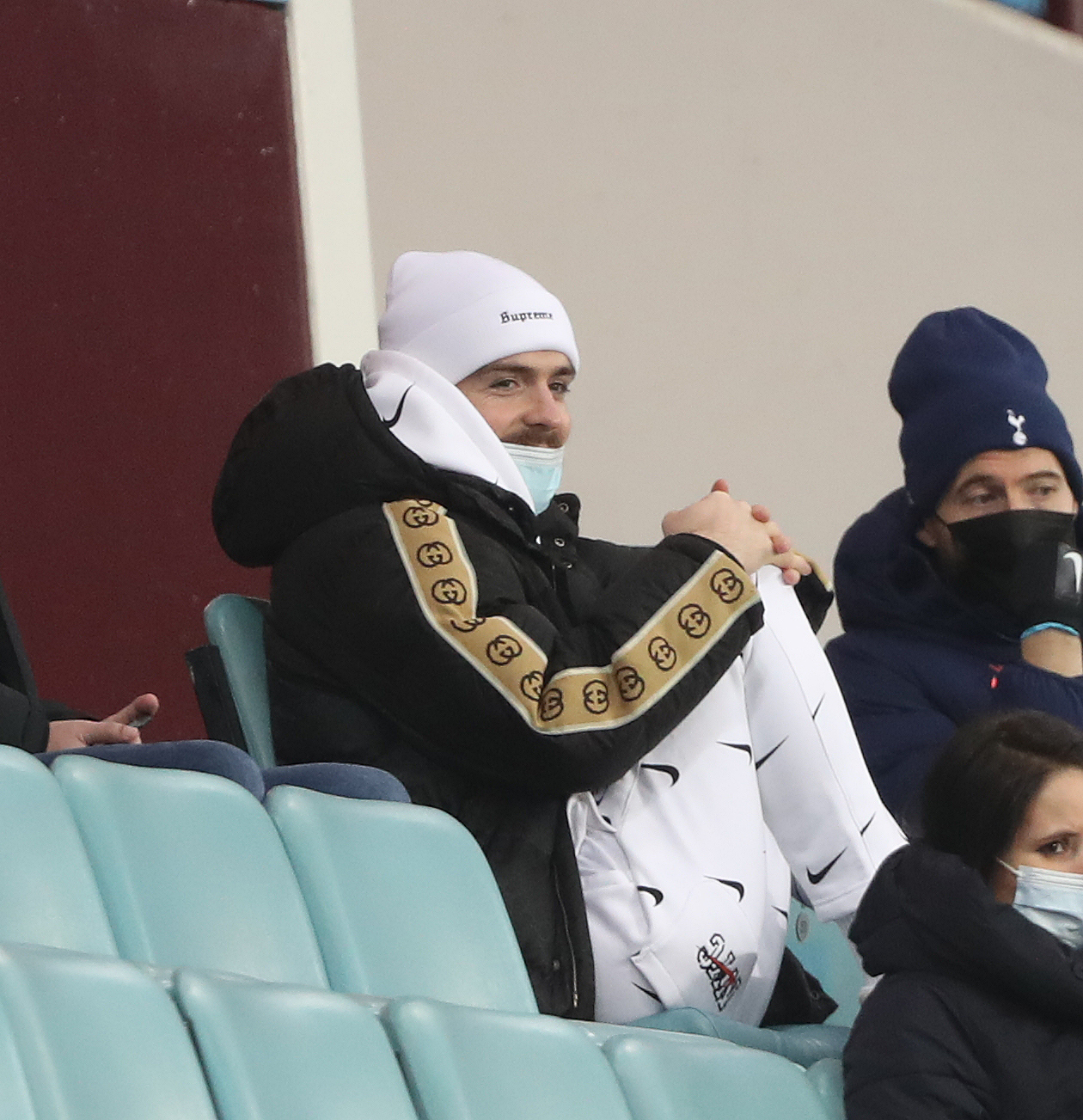 But Villa then shot themselves in the foot to give Spurs the lead. All or Nothing? How about Out of Nothing.

Reguilon’s long ball over the top for Vinicius to chase was booted clear by the onrushing Martinez, only as far as Moura.

A 1-2 with Kane on the edge of the box allowed Moura to find an unmarked Vinicius from two-yards.

Spurs then defended their way to half time before emerging after the break with some attacking intent, briefly.

Kane’s long-range swerving knuckle-ball was deflected just wide by Tyrone Mings’ block, and Moura then turned Cash inside and out before fluffing his lines in the box.

But an injury to Reguilon and the arrival of Ben Davies in the 56th minute signalled Jose’s intentions to remain solid as Villa upped the ante with John McGinn, Trezeguet, Anwar El Ghazi and Ross Barkley going close.

Yet this simply was not Villa’s night, nor Cash’s after deciding to lunge in on Kane despite being in no immediate danger.

This was Mourinho-ball for all to see, and it’s here to stay – for now. 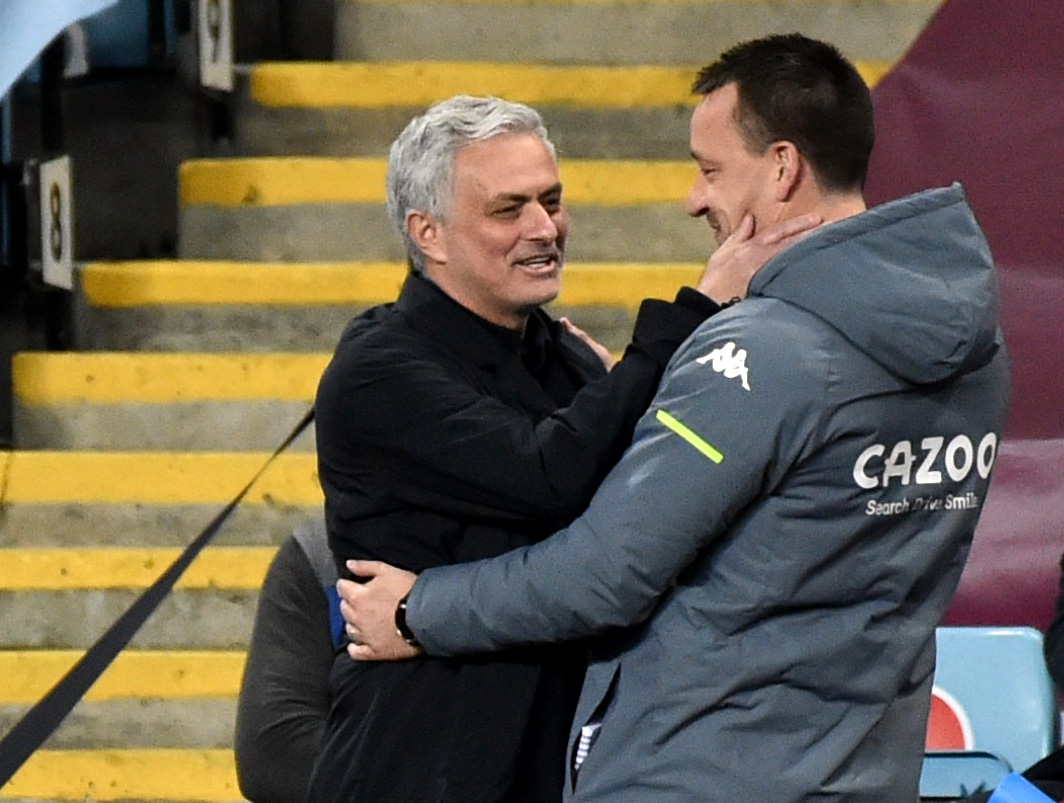