TOTTENHAM boss Jose Mourinho has been mocked in the local paper, by a fan that won £5,000 on the North Londoners’ latest defeat.

Spurs served up another dismal performance against Brighton, with the Seagulls deservedly grabbing their first home win of the season courtesy of Leandro Trossard’s winner. 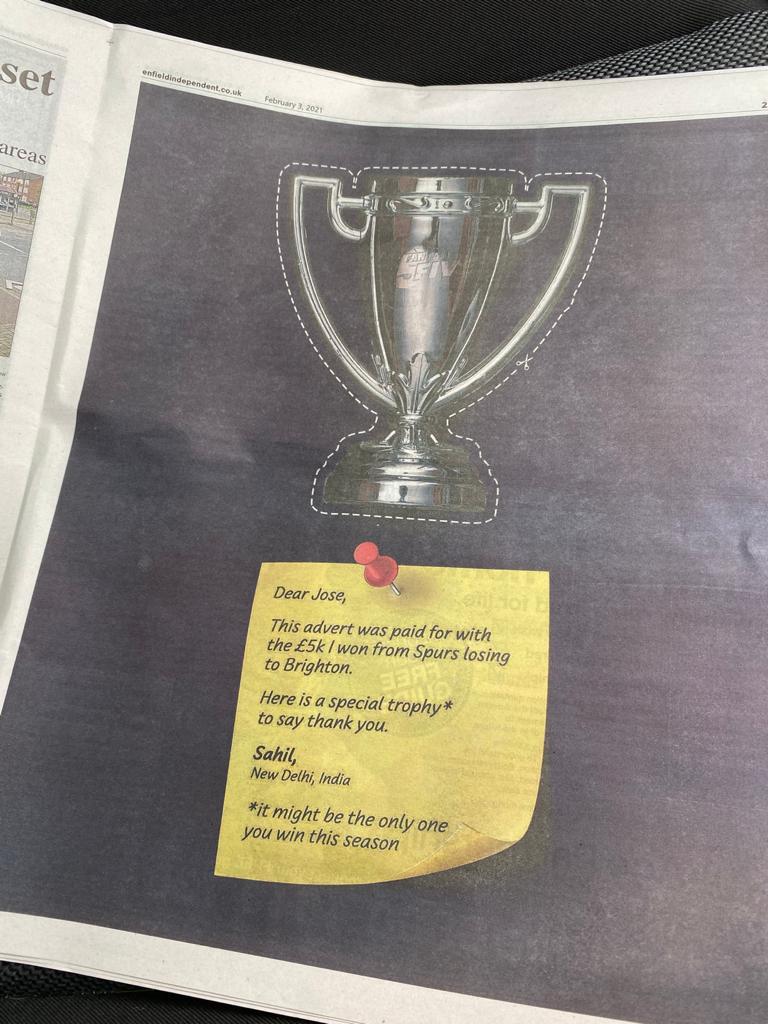 And if Mourinho, 58, wasn’t already gutted enough, a flick through the local paper might just make things worse.

Manchester United fan Sahlil Arora, 29, won £5k while playing the Fantasy5 game at the weekend – by betting against his team’s former manager.

And after collecting his winnings, the gleeful punter decided to take out a full-page advert in the Enfield Independent, purely to mock Mourinho.

Accompanied by a picture of a trophy, his message read: “Dear Jose,

“This advert was paid for with the £5k I won from Spurs losing to Brighton.

“Here is a special trophy* to say thank you.”

After signing his name, he cheekily added: “*it might be the only one you win this season”.

The bold fan also told the Enfield Independent: “Even though he’s only scored once so far this season, I was telling Trossard and his Brighton teammates ‘lads, it’s only Tottenham’ and was confident that they would do the business against Mourinho’s men. 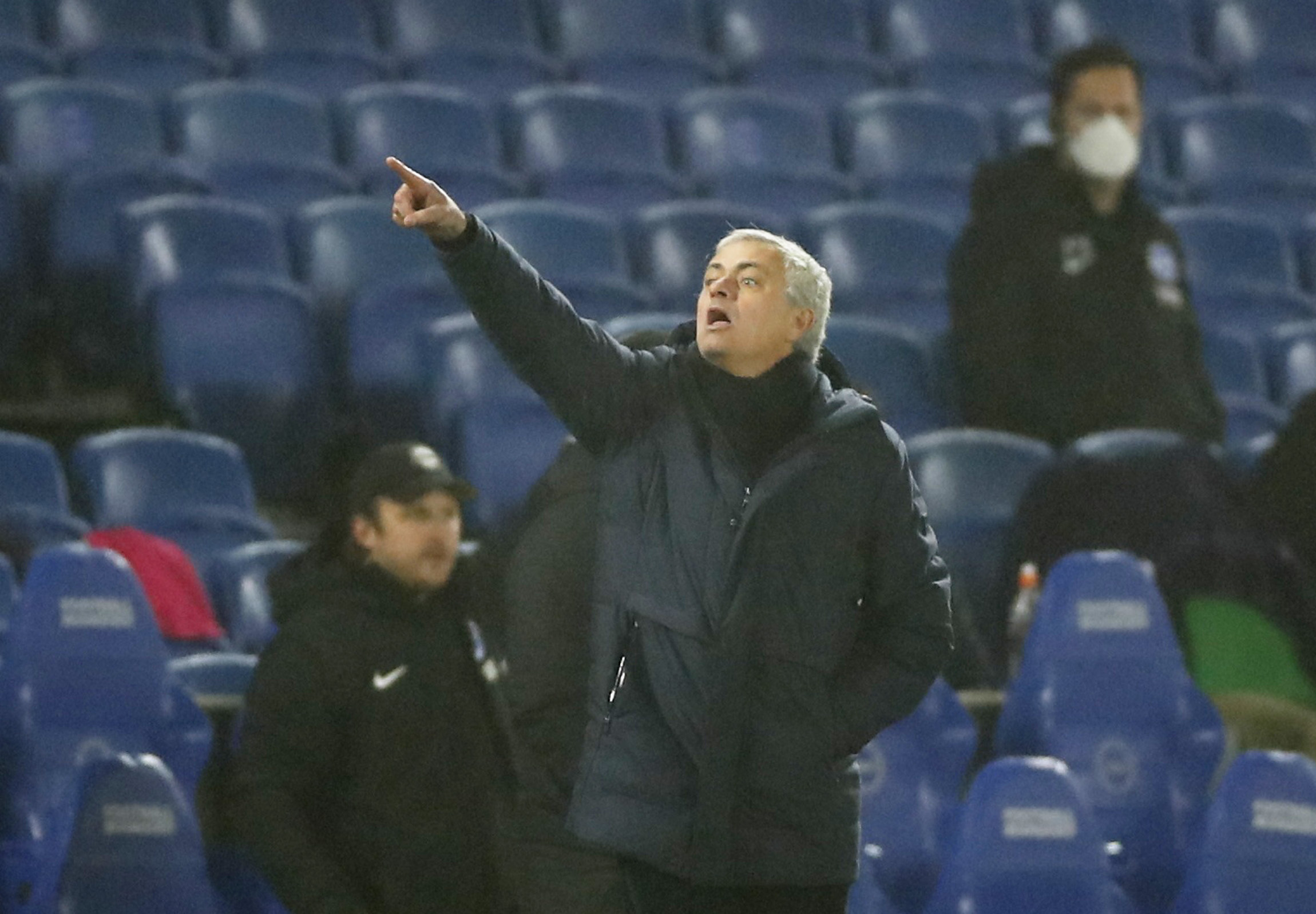 Jose Mourinho has overseen a poor run of performancesCredit: Reuters

“Thanks to Spurs for being, well, Spursy, I’ve won £5,000 playing Fantasy5 so I wanted to show my appreciation.

“I’m sure Jose and co will pick up a copy of the Enfield Independent after training and when they do, there’s a trophy in there to say thanks.

“Hopefully it makes it into their empty trophy cabinet!”

Having sat atop the Premier League in December, Spurs could go into Thursday’s clash with Chelsea as far down the table as eighth, with results having gone awry of late.