JOSE MOURINHO has the worst Premier League record of any Tottenham manager since Juande Ramos.

And Tim Sherwood incredibly has the best win ratio of the group. 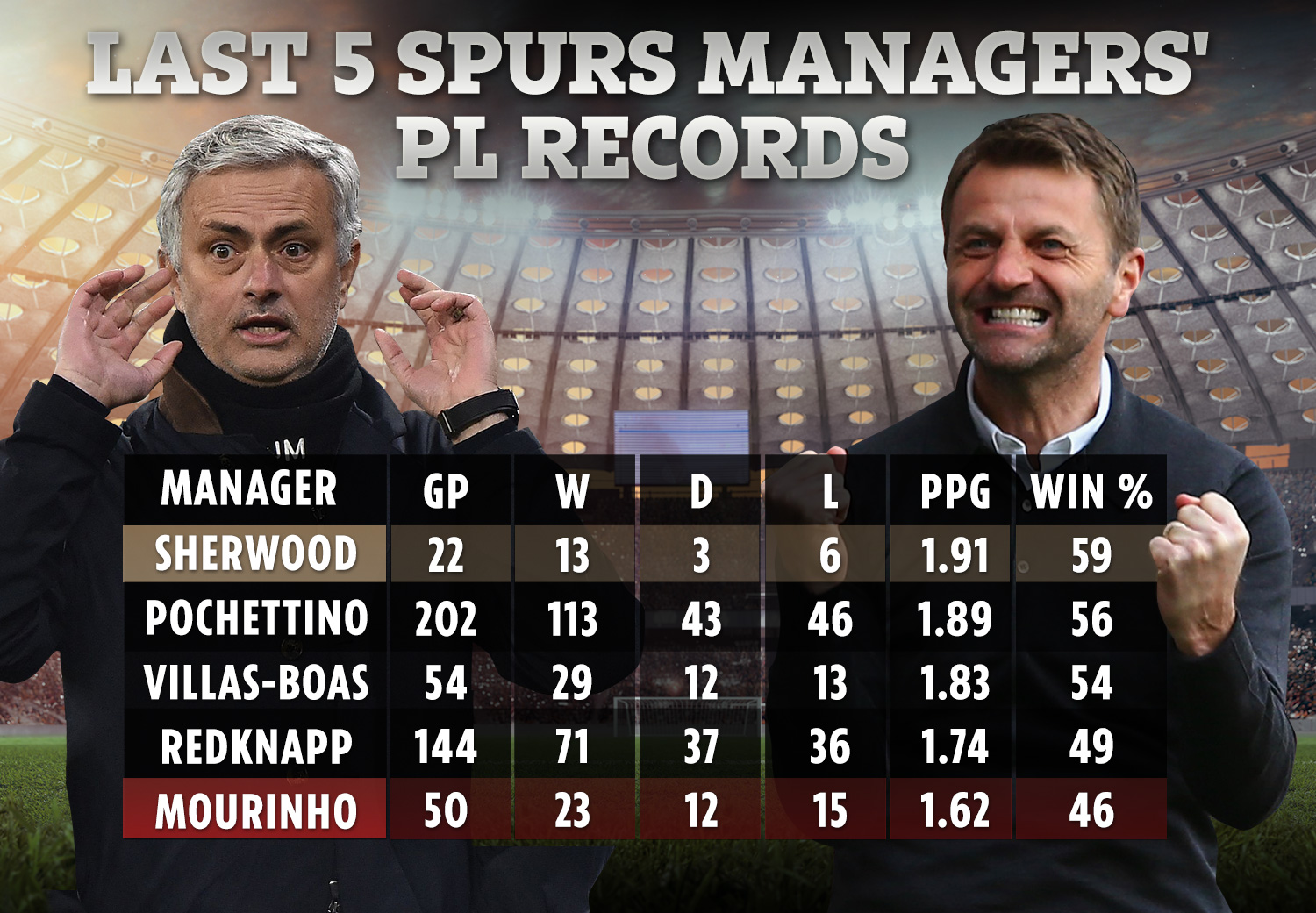 Mourinho’s Spurs lost 2-1 away at West Ham on Sunday to further dent their hopes of qualifying for the Champions League next season.

It took the Portuguese’s league record as Tottenham chief to 15 defeats in 50 matches.

He also has 23 wins and 12 draws, taking his overall record to 1.62 points per game (PPG) and a win percentage of just 46 per cent – although his record in all competitions bumps up his figures significantly.

At the other end of the spectrum in the post-Ramos era beginning with Harry Redknapp in 2008, Tim Sherwood tops the pile from the five managers.

Closest to the ex-Aston Villa chief is the longest-serving manager since Bill Nicholson left in 1974, Mauricio Pochettino.

The popular Argentine managed 202 Premier League games during his five-year spell in North London, overseeing the move to the new stadium.

81 – José Mourinho has earned 81 points after 50 league matches in charge of Spurs, his lowest total at this stage in any managerial stint:

Andre Villas-Boas comes in third of the five with 54 per cent and 1.74 respectively while Redknapp edges out Mourinho to dodge the wooden spoon.

Mourinho is the bookies’ favourite to be the next top-flight gaffer to leave his post.

Tottenham have lost five of their last six – scoring four goals in that time – to fall down to ninth in the table, nine points adrift of the top four.

But despite the poor run of form, the Spurs chief insists he is still the Special One.

Asked whether results have made him doubt his methods, the 58-year-old told Sky Sports: “No, not at all. Not at all. Zero. Sometimes results are a consequence of multiple situations in football.

“Mine, and my coaching staff’s methods, are second to nobody in the world.” 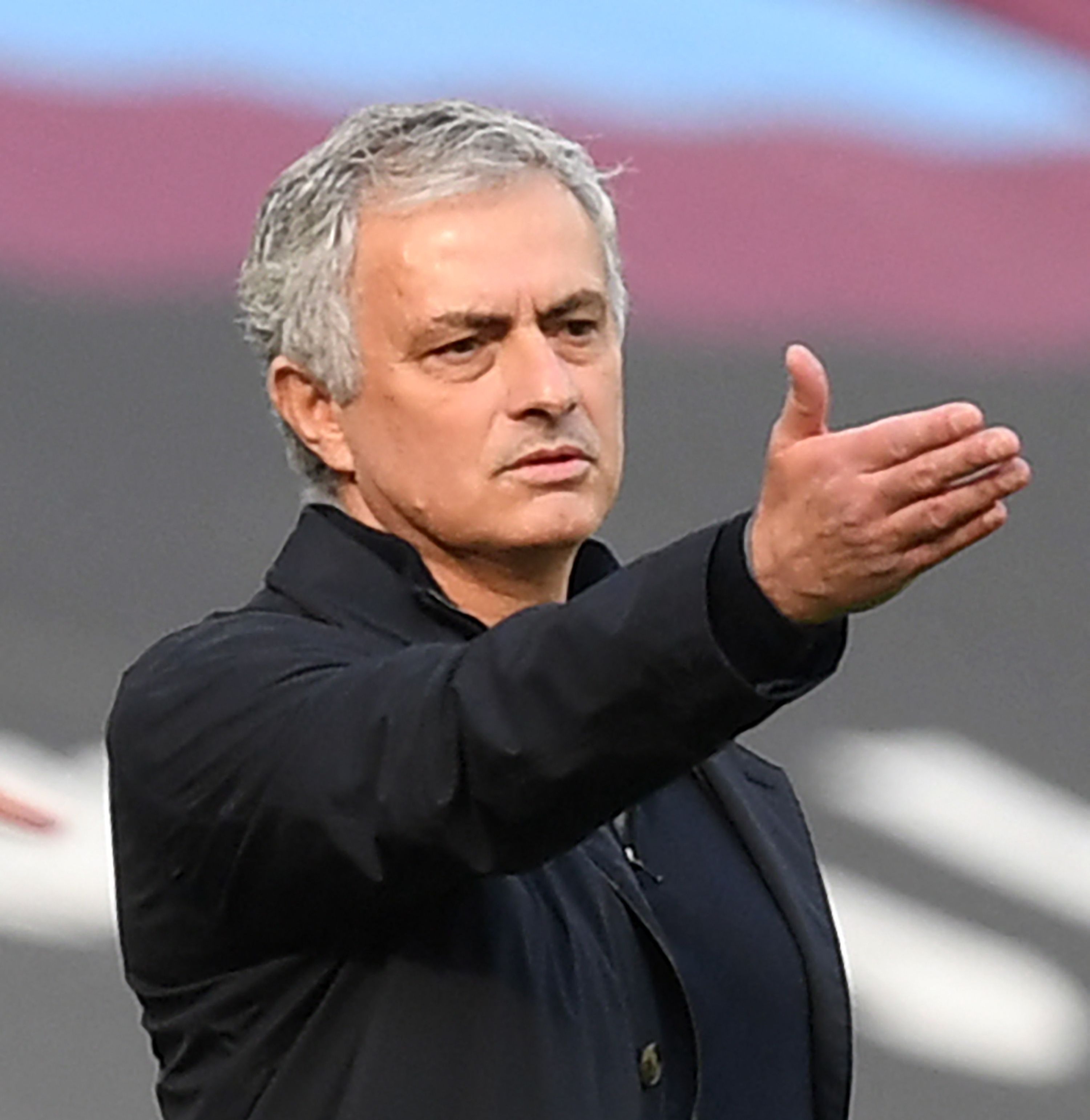 Jose Mourinho saw his Tottenham side lose for the fifth time in six league matches at West HamCredit: AFP 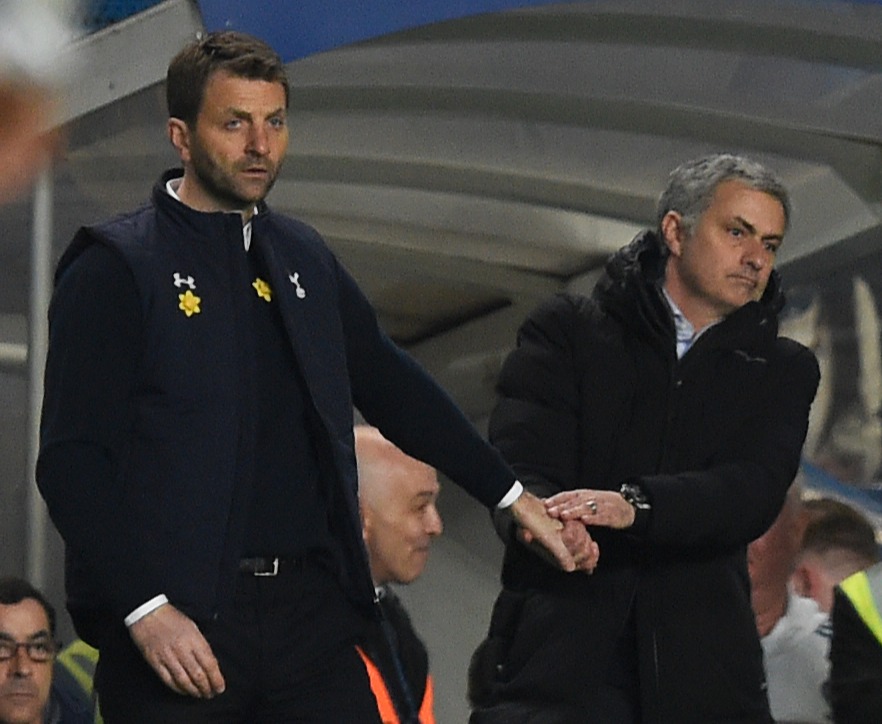 “We do not wish to blame the government”