County, who lost out on spot-kicks to Newcastle in the Carabao Cup earlier this term, took it all the way after Adam Webster’s 96th-minute own goal erased Solly March’s late strike. 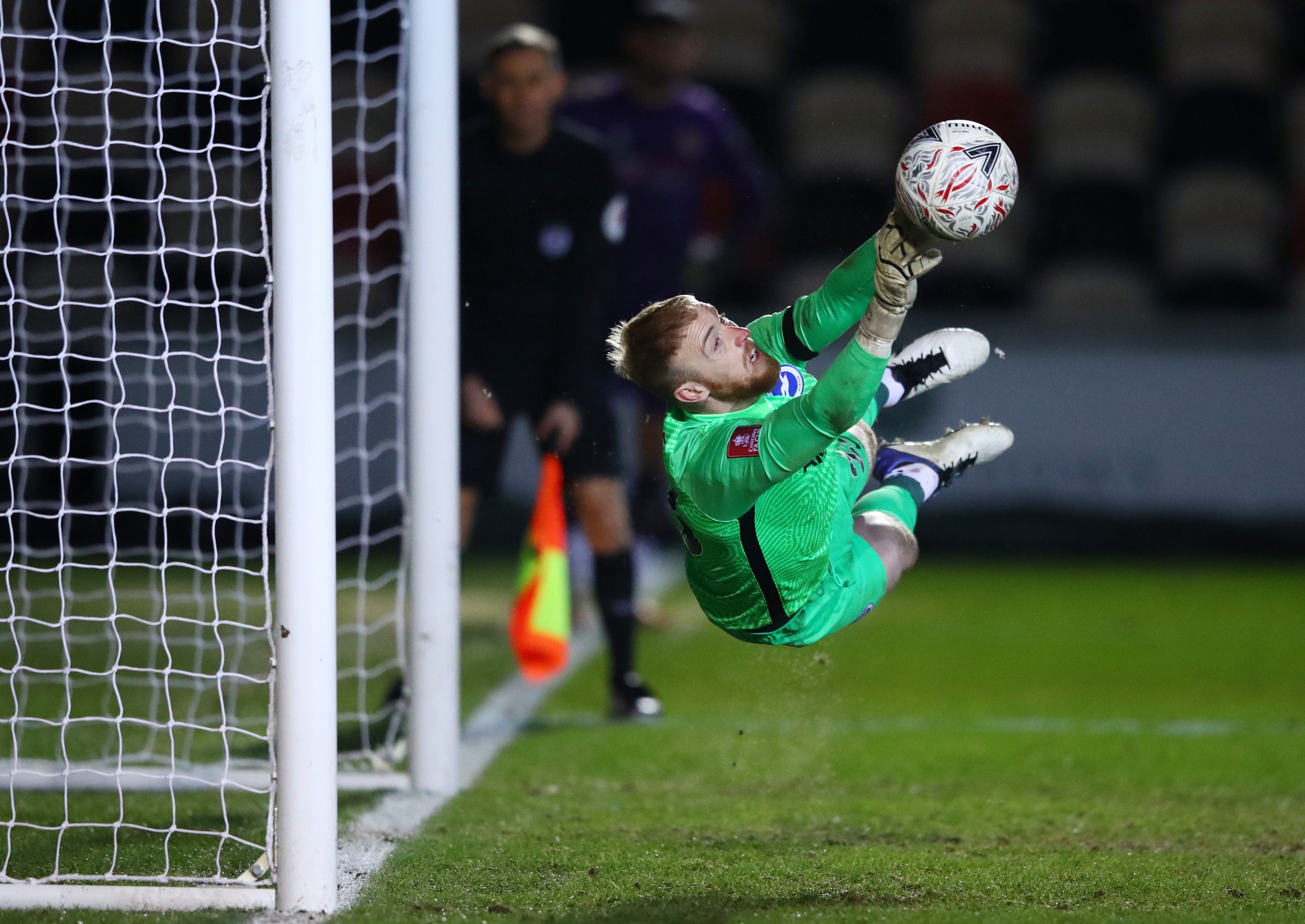 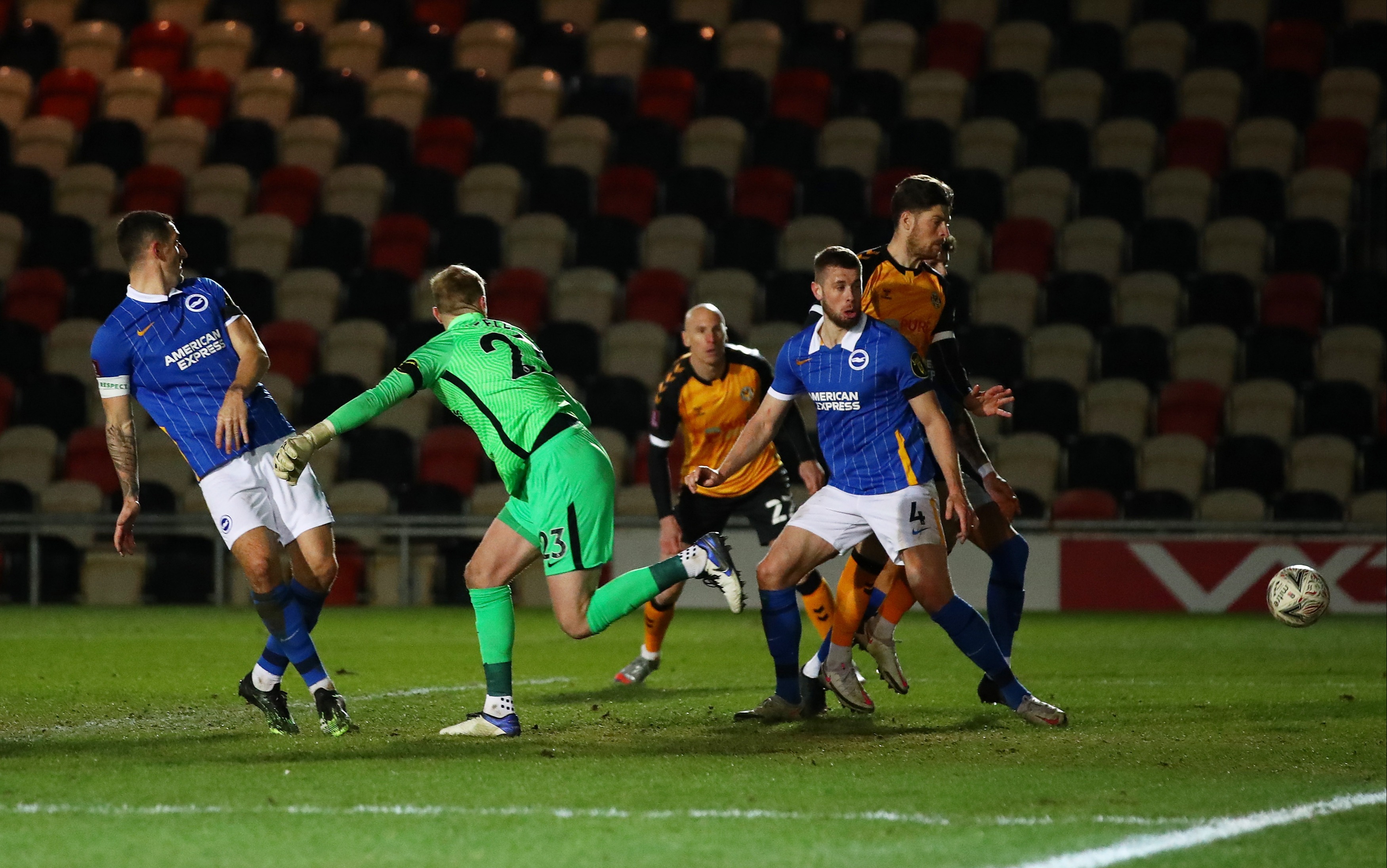 The goalkeeper had missed an injury-time cross that Adam Webster converted into his own net for the equaliserCredit: Getty Images – Getty

But they could not keep their cool in the shootout as Steele made FOUR saves, allowing Webster to redeem himself by netting the decisive kick.

Graham Potter picked a strong XI to respect County’s recent history in this competition, which had seen them beat Leeds, Middlesbrough and Leicester in the last three years.

Yet Albion were lucky not to fall behind to their League Two hosts when Lewis Dunk got a backpass horribly wrong and allowed Padraig Amond in – but the striker fired wide.

It was a rare gaffe in this competition for Amond who is usually nuts for the FA Cup, having bagged 12 goals in it previously.

Ten of those have come for Newport, including strikes against Leicester and Manchester City, proving he is a man for the big occasion.

Potter’s pass-masters were having to get to grips with a cut-up pitch that doubles up as the home of rugby union side Dragons.

Ben White, who began his journey up the leagues with a loan spell at County, was lucky not to be punished on his old stomping ground when horribly miscuing thanks to a bobble.

Gradually, the Premier League side began to take control of the first half and came close when Dunk crashed a header from Pascal Gross’ corner.

But he was denied by a super stop from keeper Tom King, who then instinctively turned over Andi Zeqiri’s close-range volley.

Whether this fixture had any more on it for King given he began his career at Albion’s rivals Crystal Palace only he knew, but the 25-year-old certainly stepped up.

Newport lost midfielder Robbie Willmott to injury shortly before the break and were then cursing their luck further when Amond, again, spurned a superb chance.

Brighton keeper Steele had raced out to a long ball and got a header all wrong just outside his box, allowing striker Amond to lift it over him towards an empty net.

Yet an acrobatic, last-ditch clearance from Dunk rescued the visitors.

Sub Davy Propper an excellent opportunity minutes later to break the deadlock as he raced onto a loose ball, but could not hit the target.

It remained nip and tuck as King flicked over a March cross which was creeping in, before Steele blocked a goal-bound strike from Newport’s Wales international Josh Sheehan.

March looked to have settled things with his fine finish from 20 yards with 90 minutes on the clock. 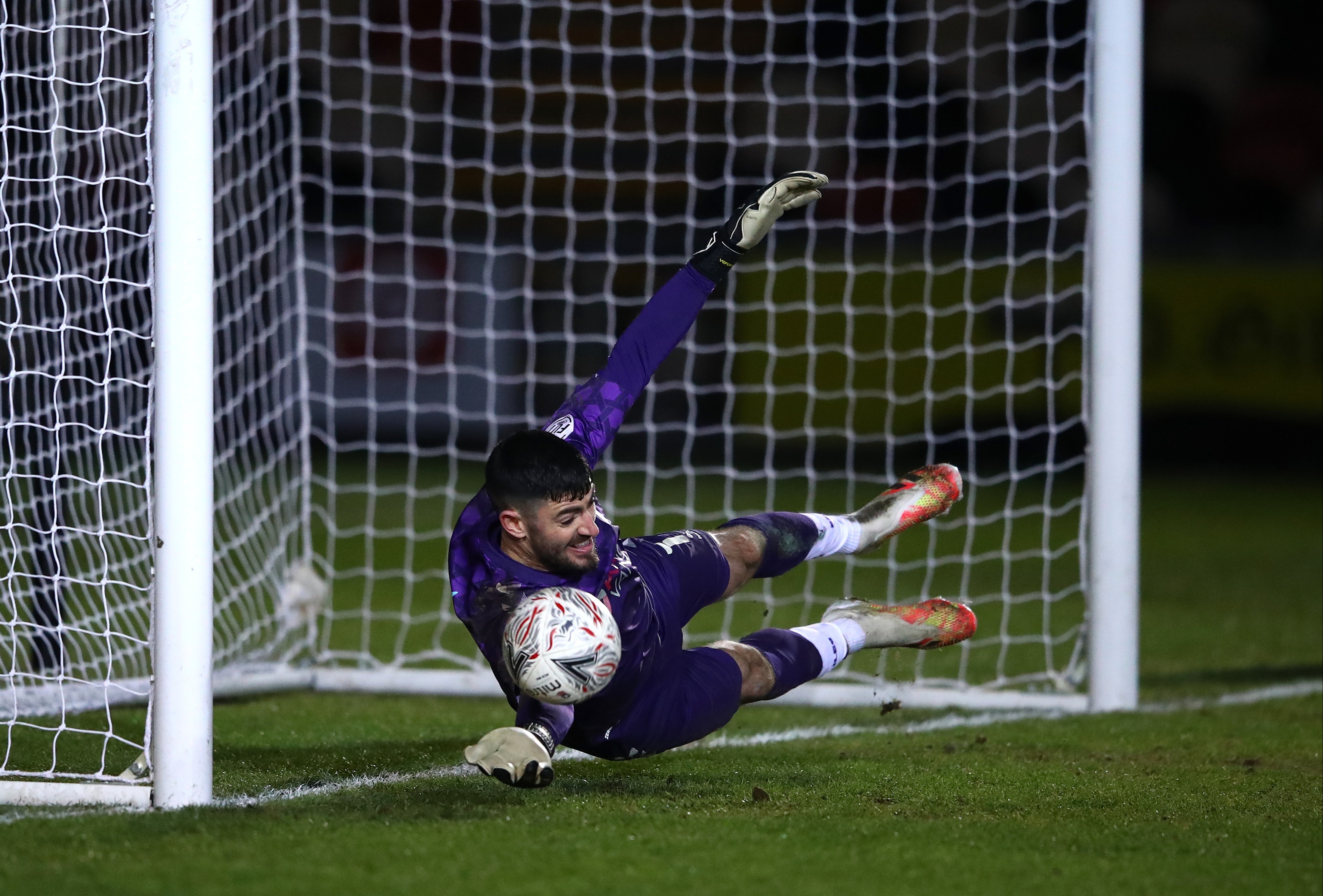 Tom King made a fine attempt at his own heroics in the shootoutCredit: Getty Images – Getty 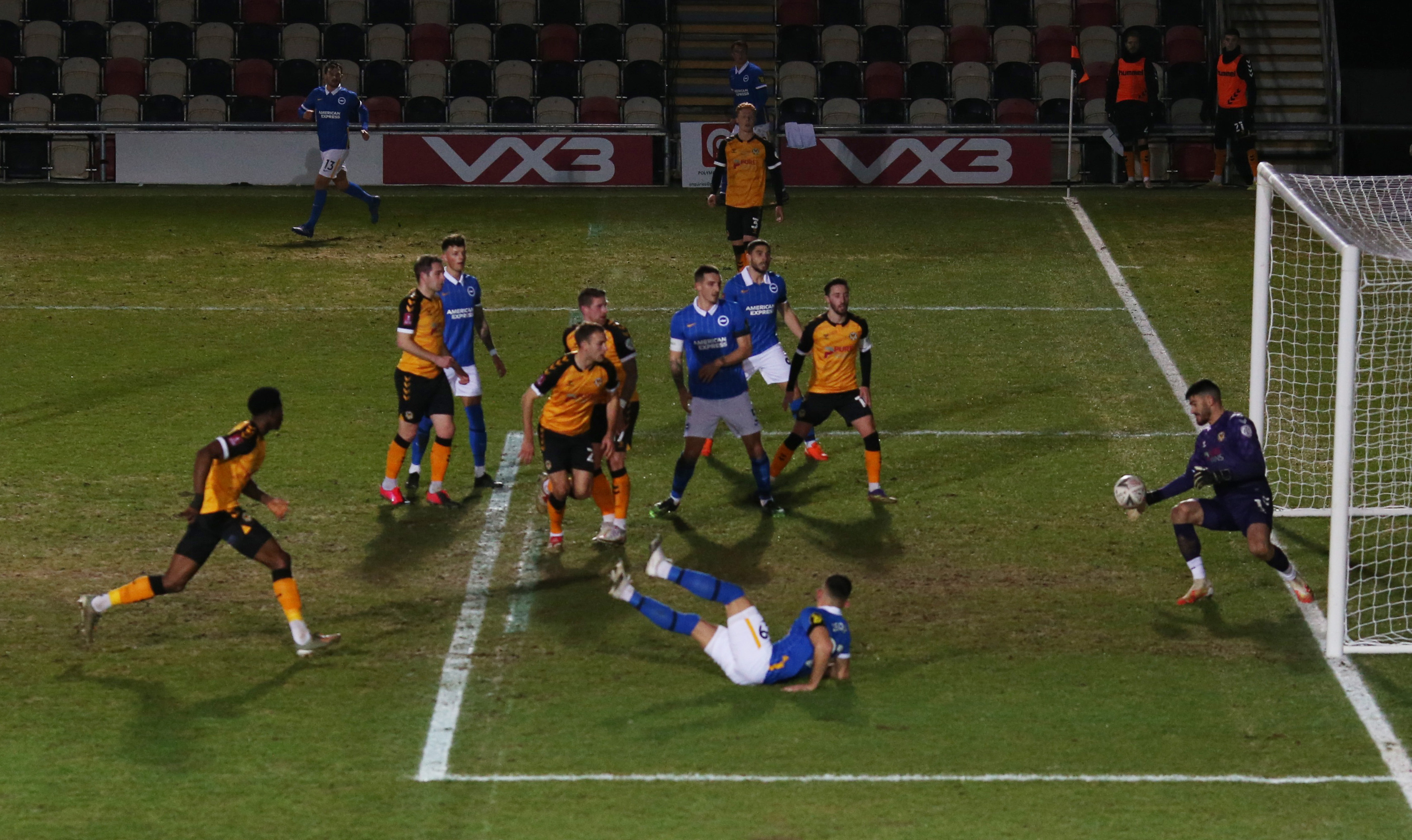 Brighton could not make their pressure pay in the 120 minutesCredit: Reuters

Yet, somehow, knackered Newport took it to extra-time as Steele missed a routine punch and the ball crashed in off Webster in the 96th minute.

His team may have been tired, but King kept his focus as he brilliantly tipped another Dunk header over the bar early on in the added 30.

To a shoot-out it went, with Steele making up for his error in normal time by saving from Josh Sheehan, Jason Demetriou, Liam Shepherd and Scott Bennett.

Webster succeeded where Neal Maupay, Yves Bissouma and Leandro Trossard failed to squeak his side through.

Prince Harry, Meghan Markle to Reunite With the Queen in London