In fact such is his strength of feeling… that he enjoys munching on the GRASS. 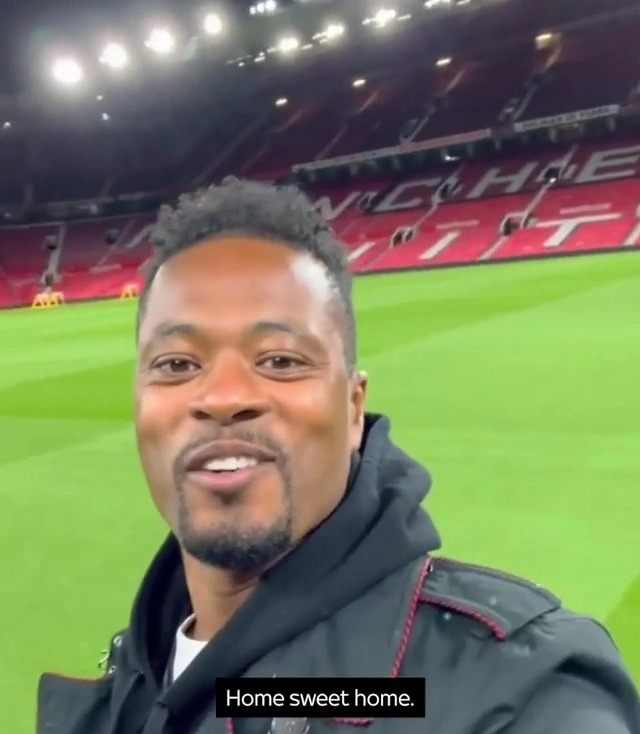 The Frenchman is also always buzzing to be back at Old TraffordCredit: Instagram @patrice.evra

The Frenchman turned out for the Red Devils for eight years between 2006 and 2014, playing 379 times for the club.

Evra, 40, has joked that he likes to eat the Old Trafford pitch.

And now he’s proved it.

In a video posted to social media, he smiles as he walks around the turf at Old Trafford.

He says: “Yes guys, that’s what I’m talking about!

“This is my home.

“And guys, you never believed me when I said I was eating the grass.

“This is the proof.”

He then bends down a grabs a handful of the pitch, before popping it into his mouth.

After swallowing, he adds: “It’s a little garlicky. It’s okay.

“Before it was tasting a little better.

“I’m not a vegan but it’s okay because I love this game!”

Upbeat Evra revealed this week that he once lost his cool with former team-mate Gary Neville in training, after the right-back left one in on him.

He told talkSPORT: “I had such a great relationship with Gary. When I arrived, he was the one coming with me, showing me around to find a house. What a great captain.

“So the next ball, 20 seconds later, it was long diagonal, he controlled the ball with his chest and I just did like a Bruce Lee movement.

“I tackled him on his throat and he nearly did a back flip and broke his neck.” 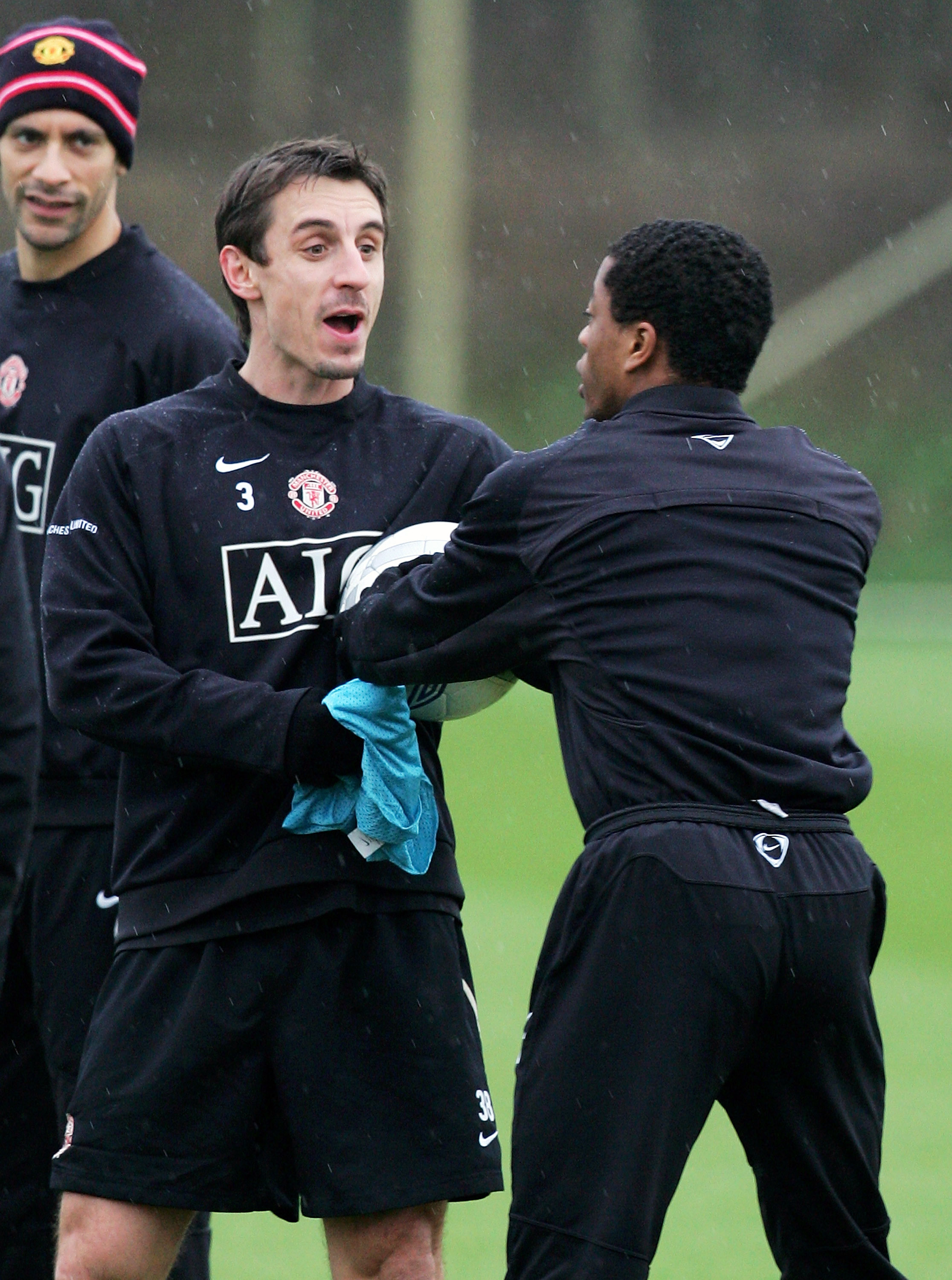 Evra got on well with Gary Neville.. most of the timeCredit: Getty